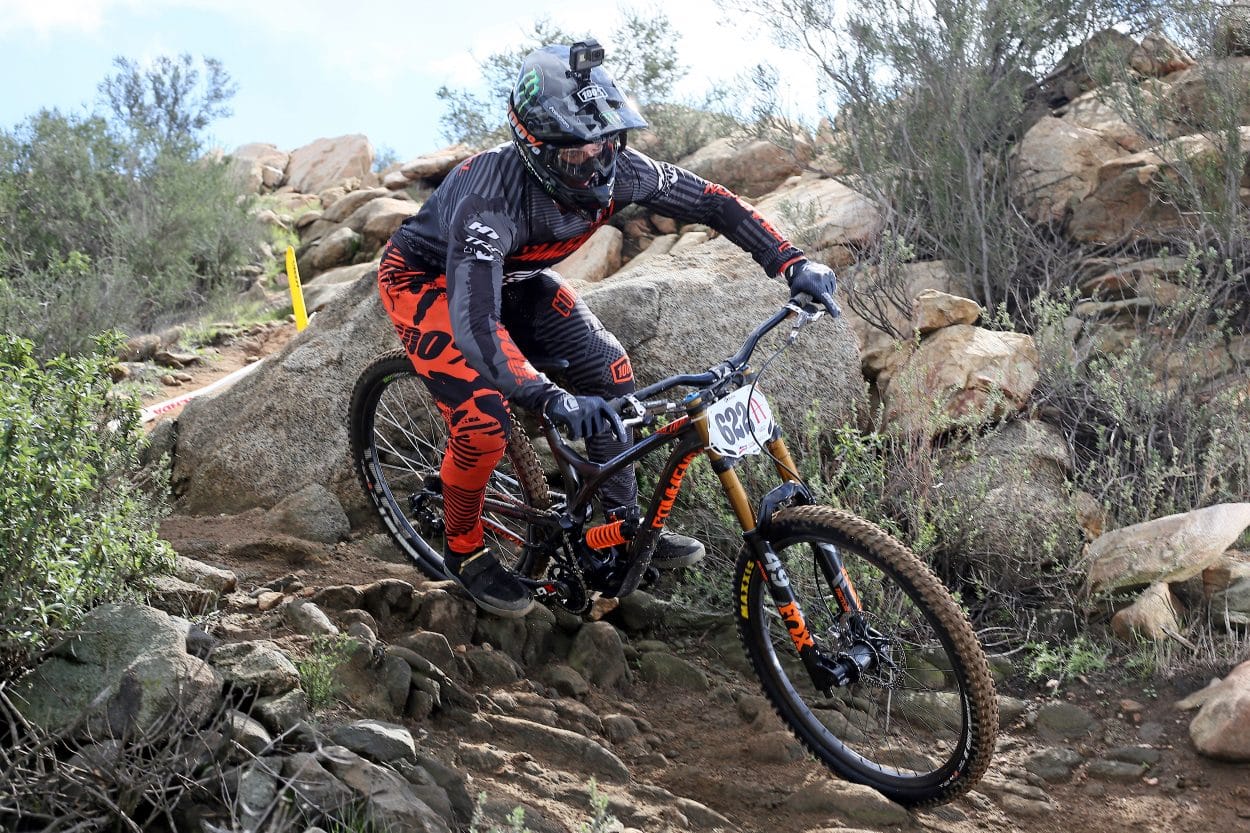 Bruce Klein, the 2017 Pro GRT downhill champion, is one of the pros who have been showing up at Fontana this year. The cross-country racers haven’t been so lucky.

Southern California’s 2019 race season started without any cross-country races in Fontana’s popular Southridge Winter Series. What happened? We spoke with Southridge Racing CEO Donny Jackson to find out, and he told us that the owner of one section of the land that the racers use refused to allow racers to cross over his property this year unless Donny signed a contract and paid a substantial fee for the right for riders to cross over his land. Donny’s hoping that an agreement can be generated, but for the time being, only the enduro and downhill races are being held at the famous Fontana location. Because of the dispute, the annual Fontana City National cross-country race is not taking place this year. We hope it returns next year. It’s been a big part of the Southern California racing scene for many years.

The Future of MTB Sponsorship