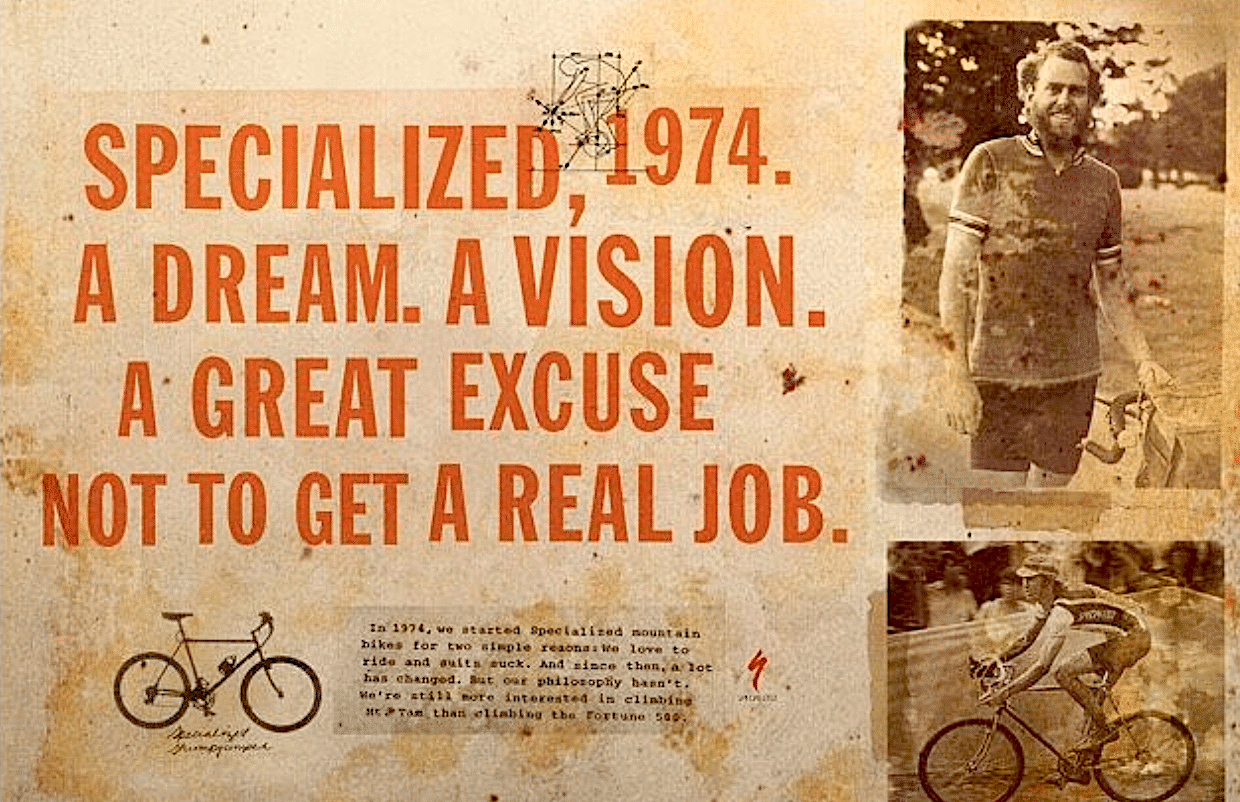 Mountain biking was still in its infancy in 1981 when Mike Sinyard, the founder of Specialized Bicycle Components, began to produce and market the Stumpjumper, the world’s first production mountain bike. Only a few custom builders were selling mountain bike frames at the time. Nevertheless, the sport was catching on, and Sinyard knew an opportunity when he saw one. 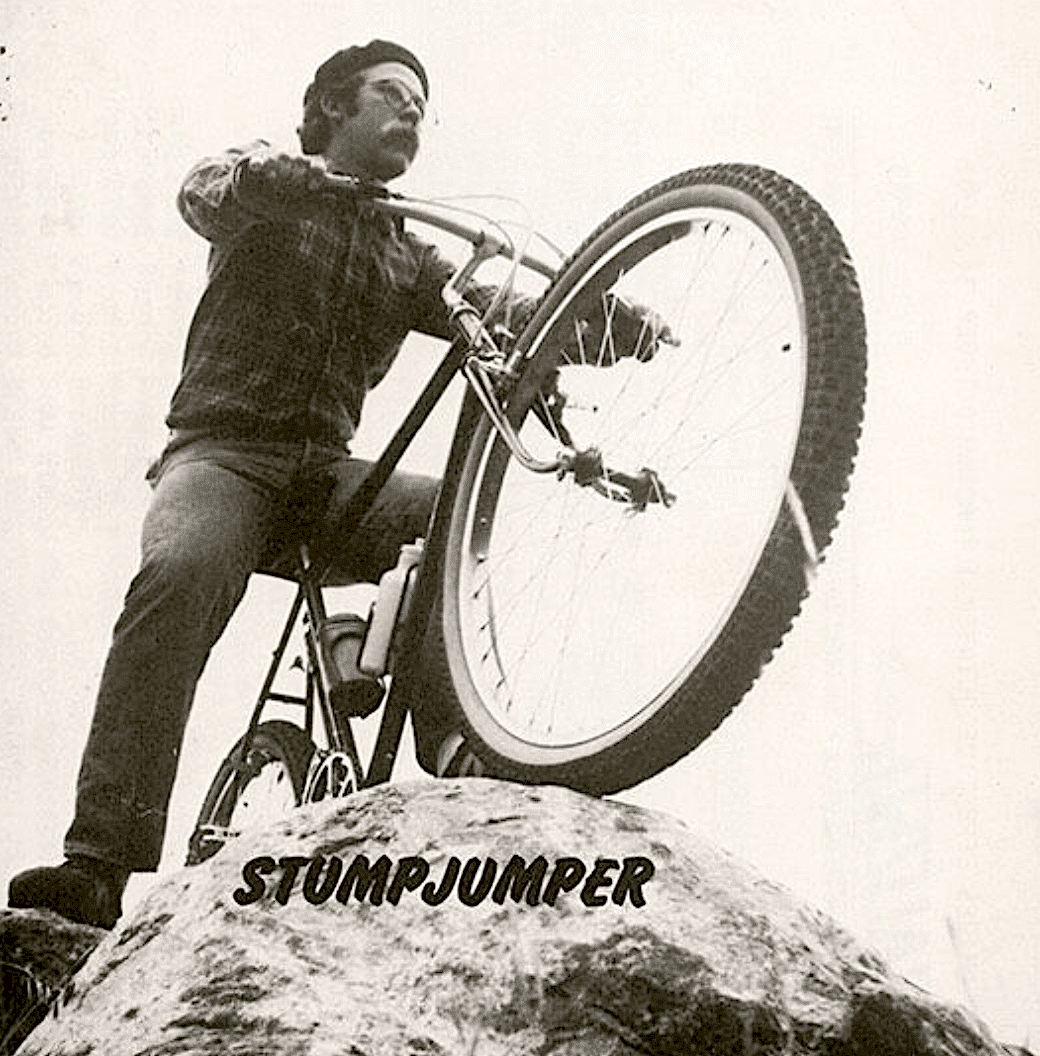 Sinyard started Specialized Bicycle Components in 1974. He had sold his Volkswagen Microbus earlier that year for $1500 and had used the money to finance a bike ride across Europe. While in Italy, Sinyard met Cino Cinelli, the founder of Cinelli Bicycles. Sinyard bought over $1000 worth of bike parts from Cinelli and brought them back to the U.S. to sell them. Since Sinyard no longer owned his VW bus, he rode his bike from shop to shop, towing a trailer full of imported bike parts and selling them. That was the start of Specialized Bicycle Components.

Two years later, in 1976, Specialized came out with its own brand of road bike tires. After that, the company started producing road bikes. Frame-maker Tim Neenan of Lighthouse Cycles designed the frames for Sinyard, who arranged for a Japanese company to build them. Sinyard and Neenan outfitted the frames with components, and the first Specialized road bikes hit the market shortly thereafter.

At the time, Neenan was already experimenting with building his own bikes for riding on dirt after reading in a cycling magazine about “rough stuff” bikes being made in Great Britain for riding on unpaved roads.

“I think I first heard about ‘rough stuff’ in Bike World magazine,” Neenan told MBA. “The bikes were basically touring bikes, much like today’s gravel bikes. I did plenty of dirt road riding on a touring frame I built, with plenty of clearance and cantilever brakes. When 26-inch knobbies became available, I built a frame [called the Chaparral] to fit that tire size.” Says Neenan of the 26-inch tires, “I loved what they brought to the equation.”

Neenan added, “I built the first Chaparral when I was living in Santa Barbara before moving up to San Jose to take a full-time design and sales position as the first Specialized employee. This was around 1979. The Chaparral was the prototype for what became the Stumpjumper.

“Mike then bought a Ritchey, and we rode together on the weekends. On a Monday morning after riding dirt that weekend, I suggested we build a mass-produced mountain bike based on that Chaparral. Specialized was just me and Mike back then. I drew up plans for the bike, and we went to Japan to set up producers for the bikes, giving us a one-year head start with production mountain bikes.” 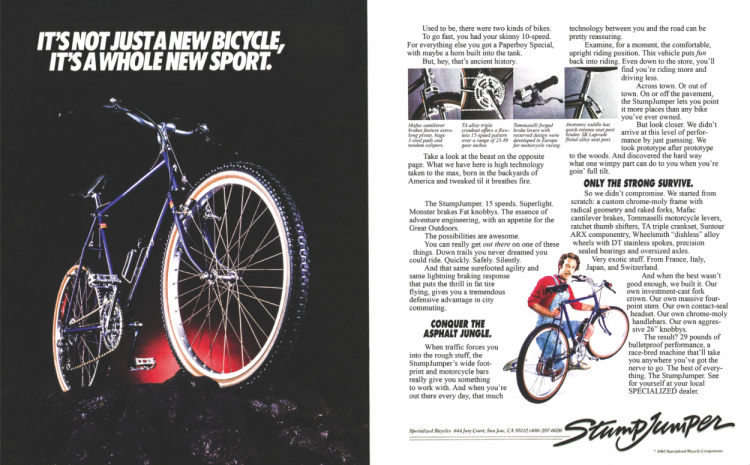 Sinyard ordered the first batch of Stumpjumper frames from Japan, then bought the components needed to complete the bikes. A modified version of a BMX stem held the steel handlebars, which were based on motorcycle bars made by Magura. Mafac cantilever brakes, borrowed from the bicycle touring world, provided the stopping power. The brake levers were Tomaselli motorcycle models. A Sun Tour ARX GT 15-speed drivetrain, borrowed from the road bike world, gave riders the gearing they’d needed in the mountains. Those first complete Stumpjumpers weighed 29 pounds and sold for $750 each. The frames sold for $395.

The first batch of 250 Stumpjumpers sold out, so Sinyard ordered another 250. Other companies saw what was happening and decided to get into the market, too, but Specialized had a head start, and the competing companies would be left playing catch-up from then on, as the demand for mountain bikes exploded. 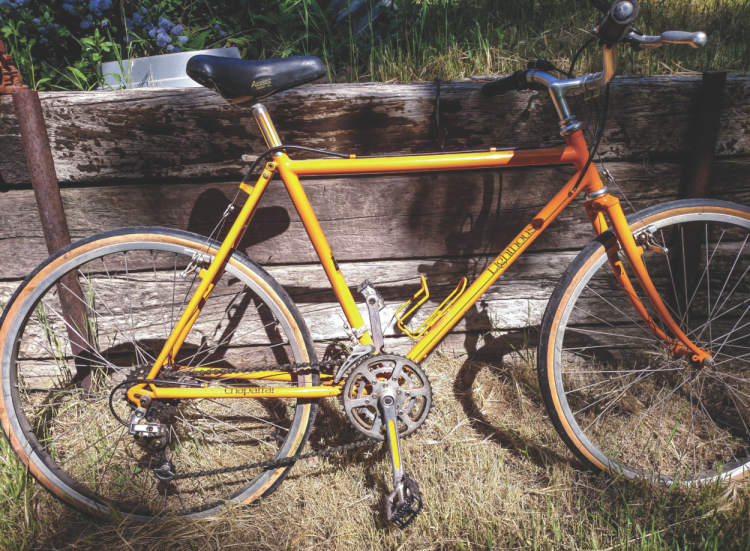 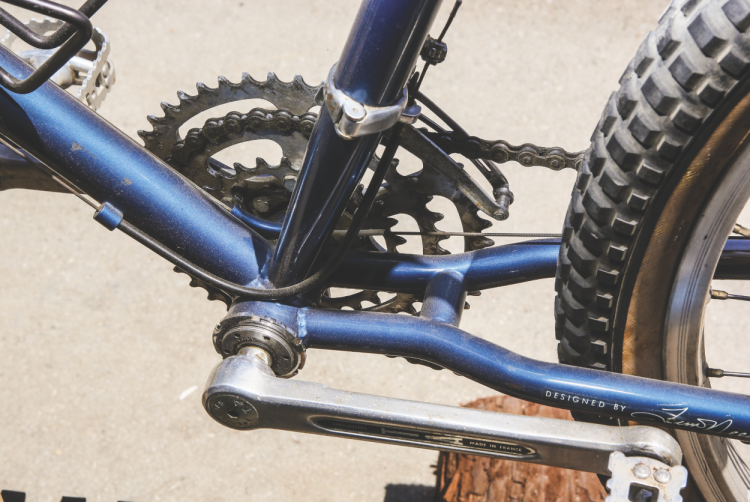 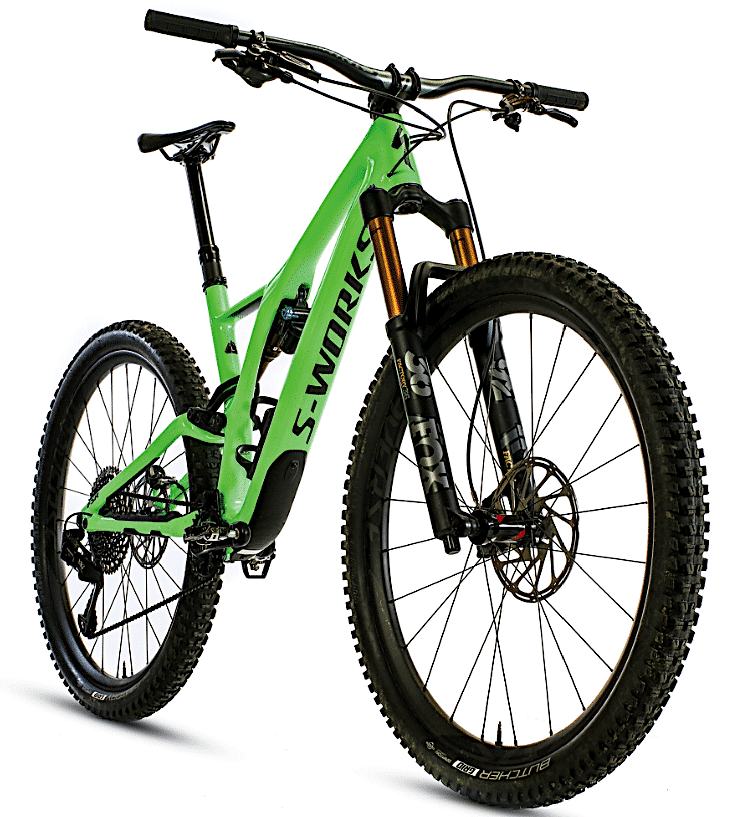 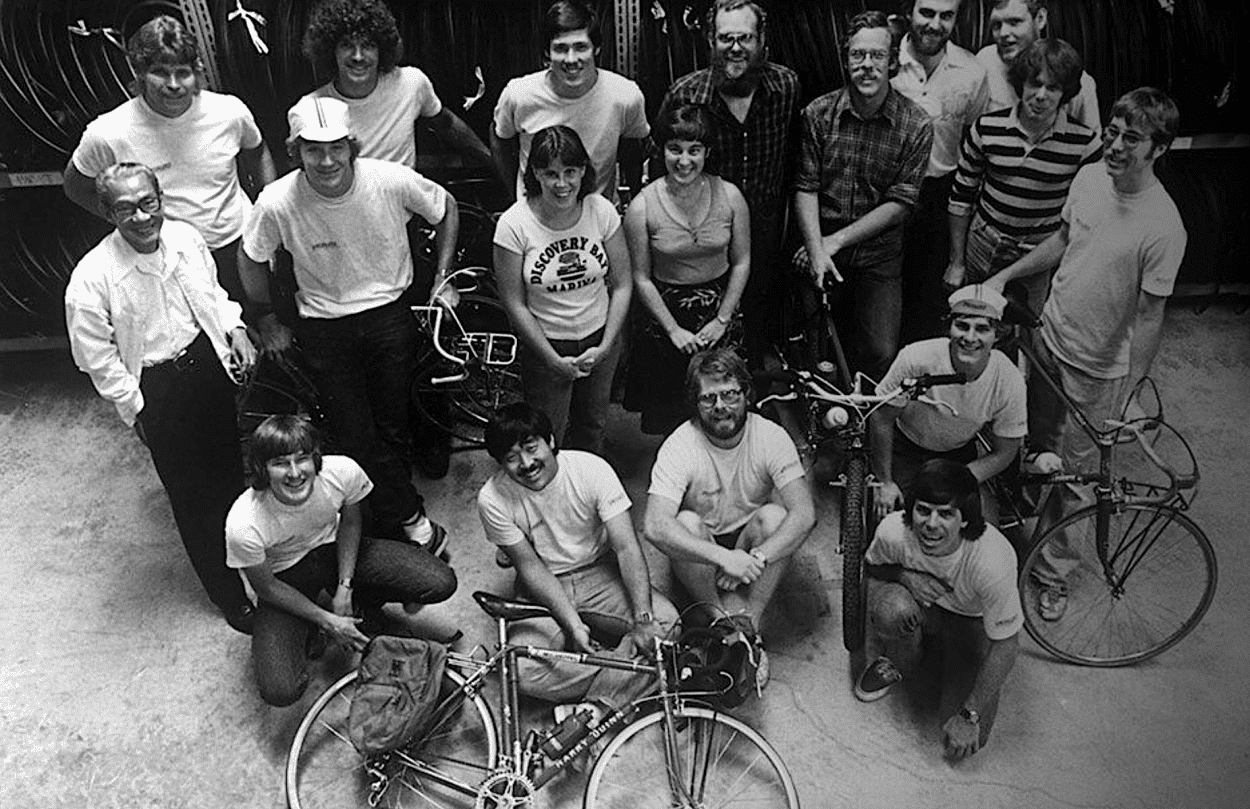 Now, 37 years after the Stumpjumper’s debut, the 2019 model offers nearly four decades of innovation. There is one thing that hasn’t changed, of course. Riding a Stumpjumper on a dirt trail, flying through the woods, can still make almost any rider feel like he or she is 10 years old again. The experience of riding one of these bikes brings as much joy today as it did in 1981.  www.specialized.com 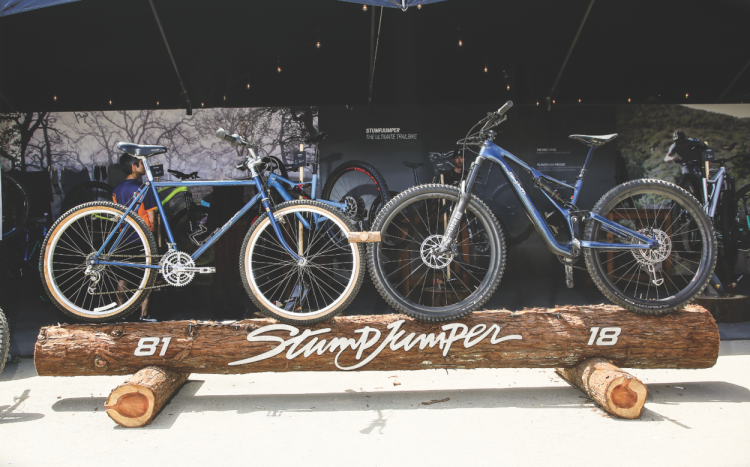 Check out MBA’s Bike Reviews of the Specialized Stumpjumper