Earlier this year, Martin Maes was dominating the Enduro World Series. He had won the first three races of the year. Then things changed. 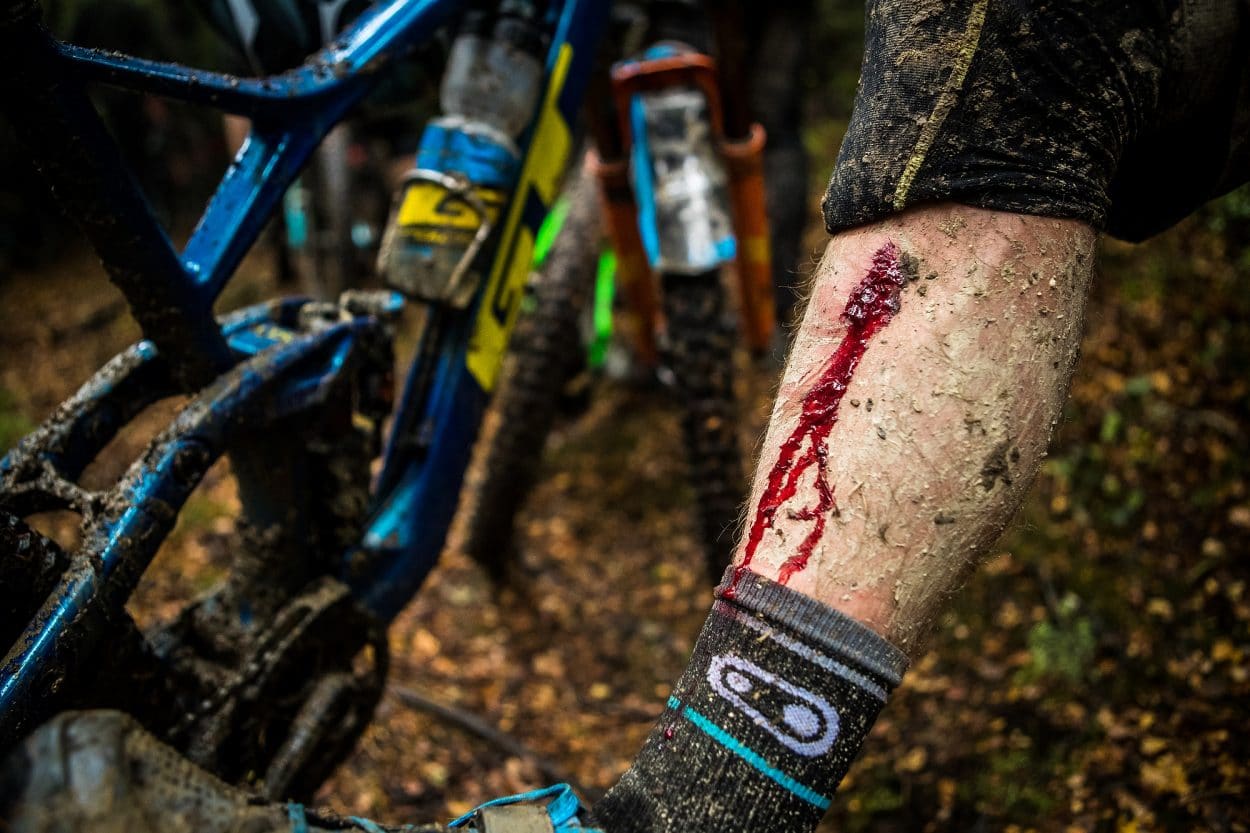 Above: Martin Maes’s leg, with the cut that brought about his problems.

What follows is the statement from GT that was released in June:

“We wanted to share some news on behalf of GT and GT Factory Racing. It’s not the best of news, but needs to be shared nonetheless.

“Earlier today, Martin Maes was placed on the UCI’s suspended riders list. He was notified by CADF of an AAF for a prohibited substance. A high level of Probenecid was found in Martin’s test samples from EWS Round 1 in New Zealand and EWS Round 2 in Tasmania in March 2019. Probenecid and another antibiotic were prescribed to Martin by an official race doctor at the NZ Enduro to help treat a very serious infection in Martin’s leg. Unfortunately, Probenecid is on the UCI’s List of Prohibited Substances and Methods.

“Martin’s TUE was also denied even though the CADF TUE committee recognized the Probenecid was purely for medical reasons and that it would not have provided additional enhancement to Martin’s performance.

” Martin will be prohibited from racing for a period of ninety days. He will be disqualified from rounds 1 and 2 of the EWS and will be required to pay a fine of 2,500CHF. However, his win and results from EWS Madeira will not be affected as he returned a negative test result after going through doping controls at this event.

“Martin has the full support of GT Factory Racing. Martin, nor the team, took any actions to intentionally violate anti-doping rules or regulations. GT is committed to fostering an environment where athletes can perform to the best of their abilities within all rules and regulations mandated by the governing body of the sport.

“Martin has trained hard to make his dreams come true. He is facing the situation and looks forward to coming back and turn his frustration into awesome performance on his bike and come back stronger than before. He is and will remain and advocate for clean and fair racing. In the meantime, you’ll find him standing next to his teammates, fully supporting them during the next EWS events.

“GT’s complete statement, which includes a quote from Martin and Dr. Tom Jerram (the administering doctor), can be found attached. In addition, we’ve also included further comments from Dr. Jerram.”

Top Stories Of The Week