Throwback Thursday: 13 Years Ago at the Sea Otter 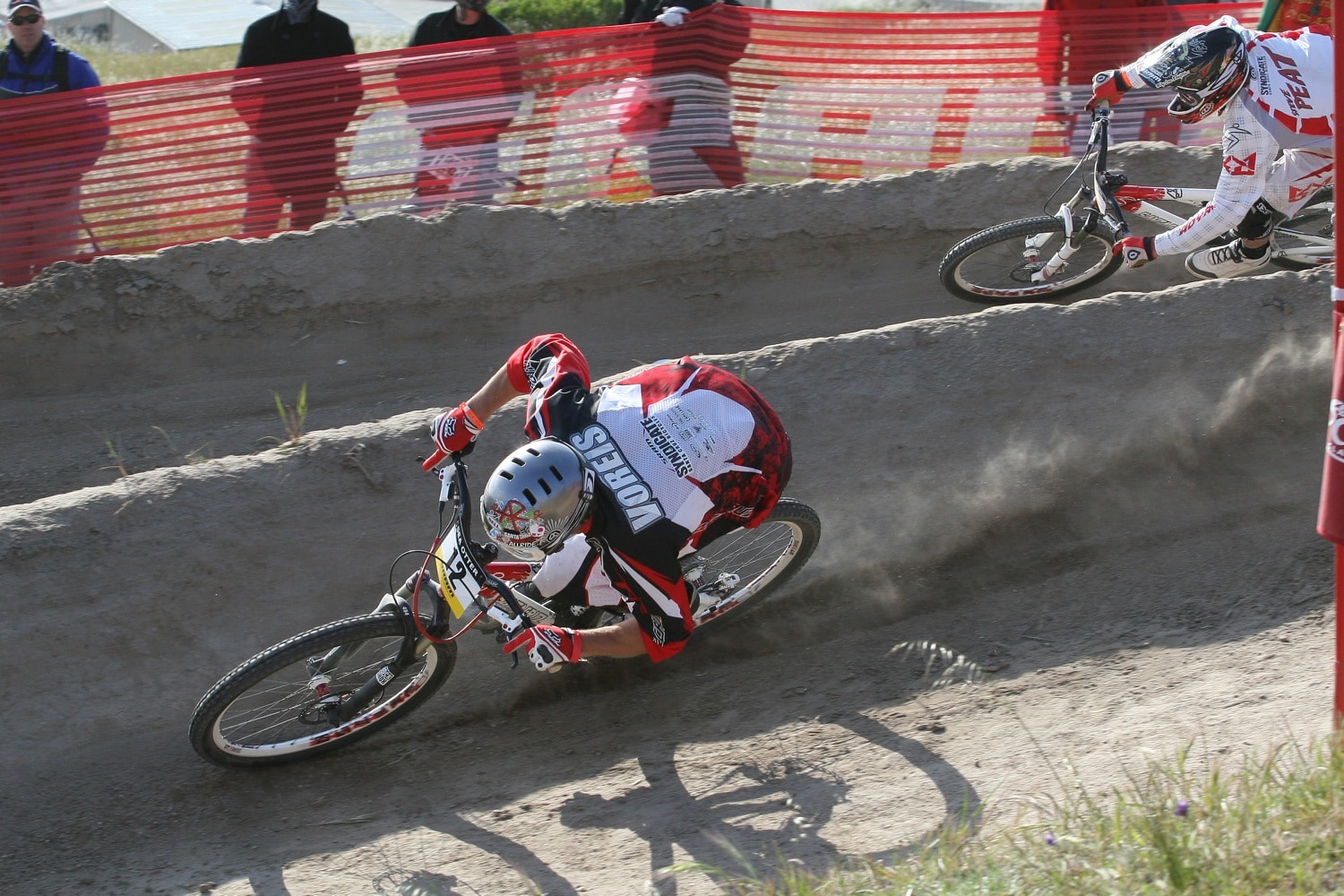 Kirt Voreis (left) battles Steve Peat in the round of four during the Sea Otter’s dual-slalom competition in April of 2008. Kirt rode without a visor in the race, but we don’t know if he lost it, broke it, or simply chose to ride that way. It’s possible that he was doing it to reduce wind resistance in the Otter’s dual-slalom race, which can be decided by mere thousandths of a second. Whatever the reason, Kirt was definitely going fast here, with Peaty—a three-time World Cup downhill champion and one-time UCI Downhill World Champion—chasing him here. Things would turn around soon, though, as Peaty would end up beating his Santa Cruz Syndicate teammate in their matchup. Peaty would then go on to face fellow Syndicate teammate Greg Minnaar in the final matchup of the  race. There, Minnaar would come out on top, with Peaty taking second, Andrew “Needles” Neethling placing third, and Voreis ending up fourth. There was definitely some great racing this day. (Photo by John “I sure hope the Sea Otter comes off okay this coming October” Ker/Mountain Bike Action)

How To: Riding Berms With Hans Rey