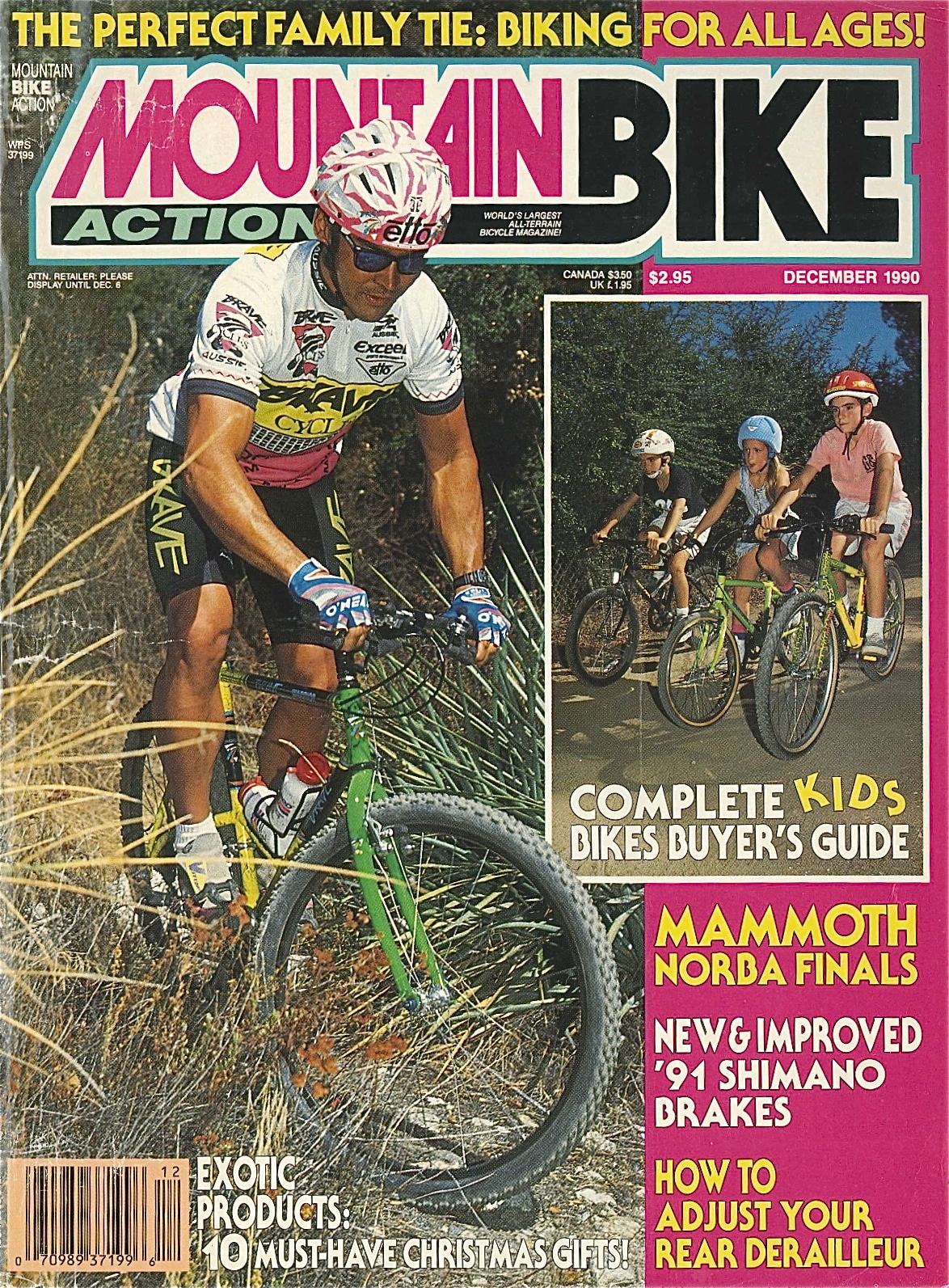 Our December 1990 issue featured coverage of the NORBA National Championships final race, at Mammoth Mountain, California. That’s Bryson Martin on the cover of the issue. He was one of our test riders in those days. He’s the founder and CEO of DVO Suspension now. 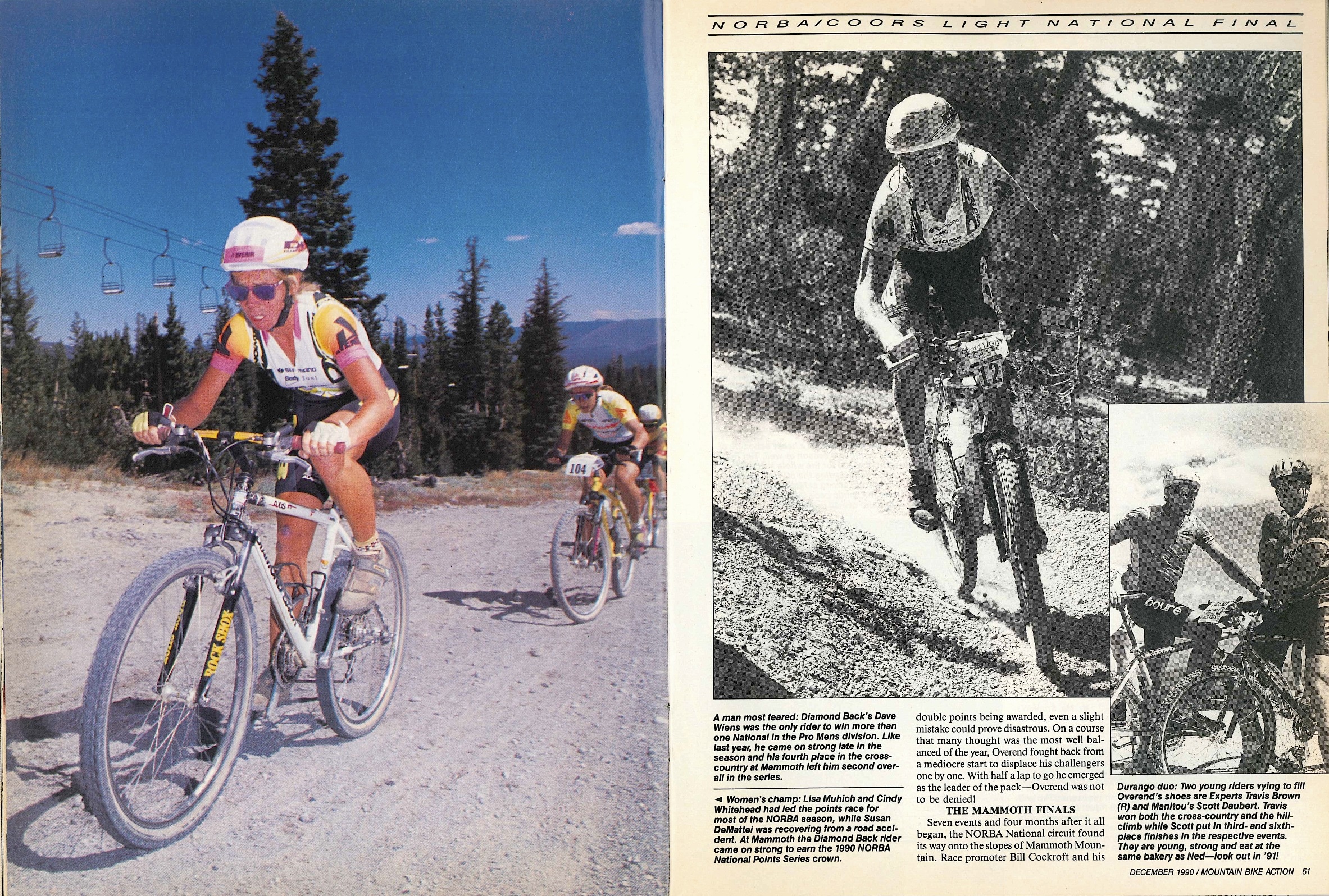 Susan DeMattei (left) took the women’s XC national title for 1990 at the race, while Dave Wiens (in the big photo on the right) came in second in the men’s XC event. Susan also won the women’s year-end title, and Dave took second in those rankings among the men, right behind Ned Overend. Susan and Dave are married with kids now, but they were Diamond Back teammates in those days. Susan later went on to win a bronze medal at the Olympics in 1996. Dave is now the head of IMBA, the International Mountain Bicycling Association. 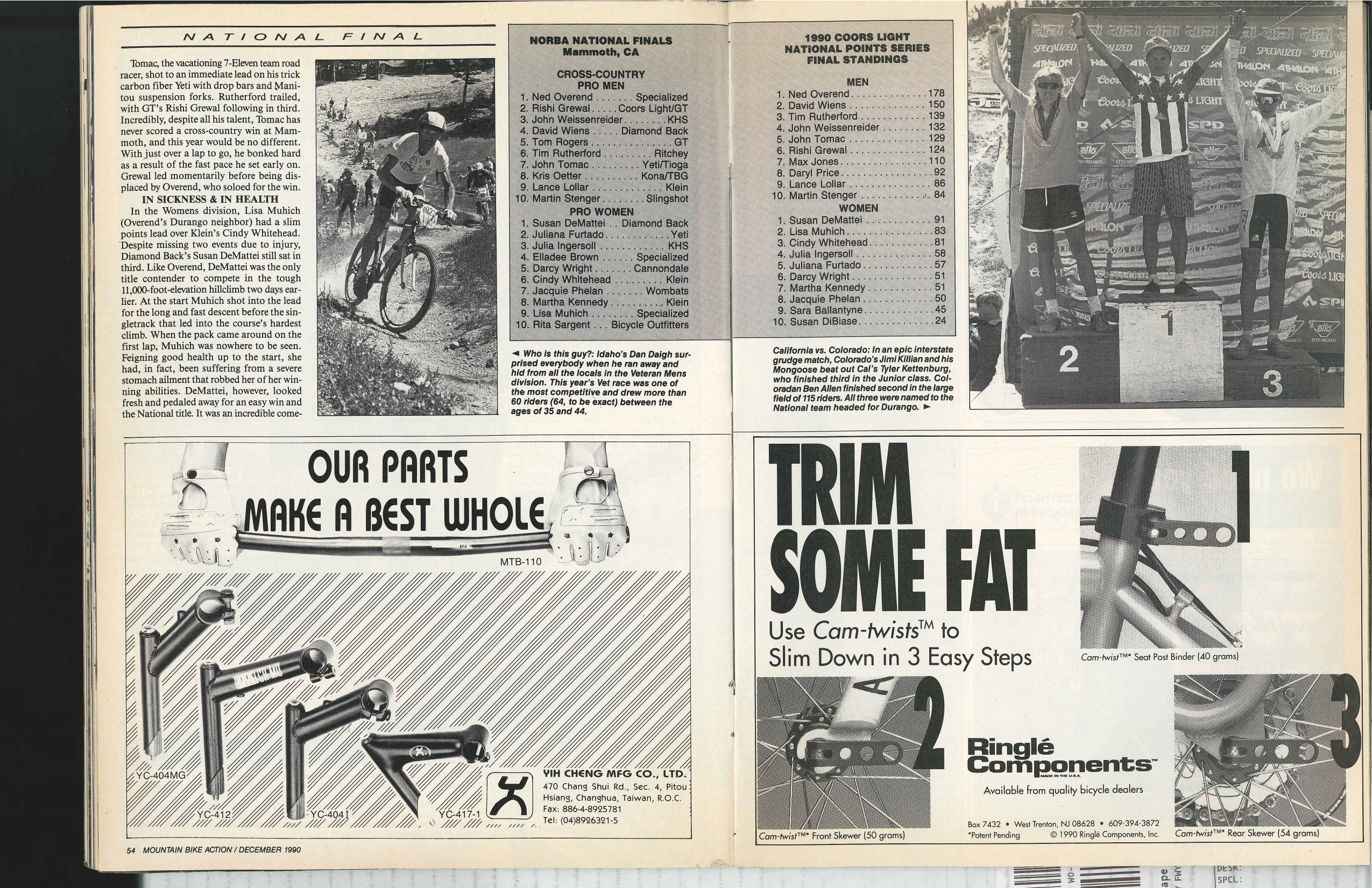 Juli Furtado had just started racing mountain bikes in the 1990 race season, but she came out second in the race and the national standings for the year. She had been the national road racing champion the year before. MBA reported that Susan muttered of Furtado, “She frightens me.” She had good reason. Furtado would come back a few weeks later to win the first UCI World Championship in the Women’s Cross-country class and dominate women’s XC racing in both the U.S. and the world for most of the next six years. 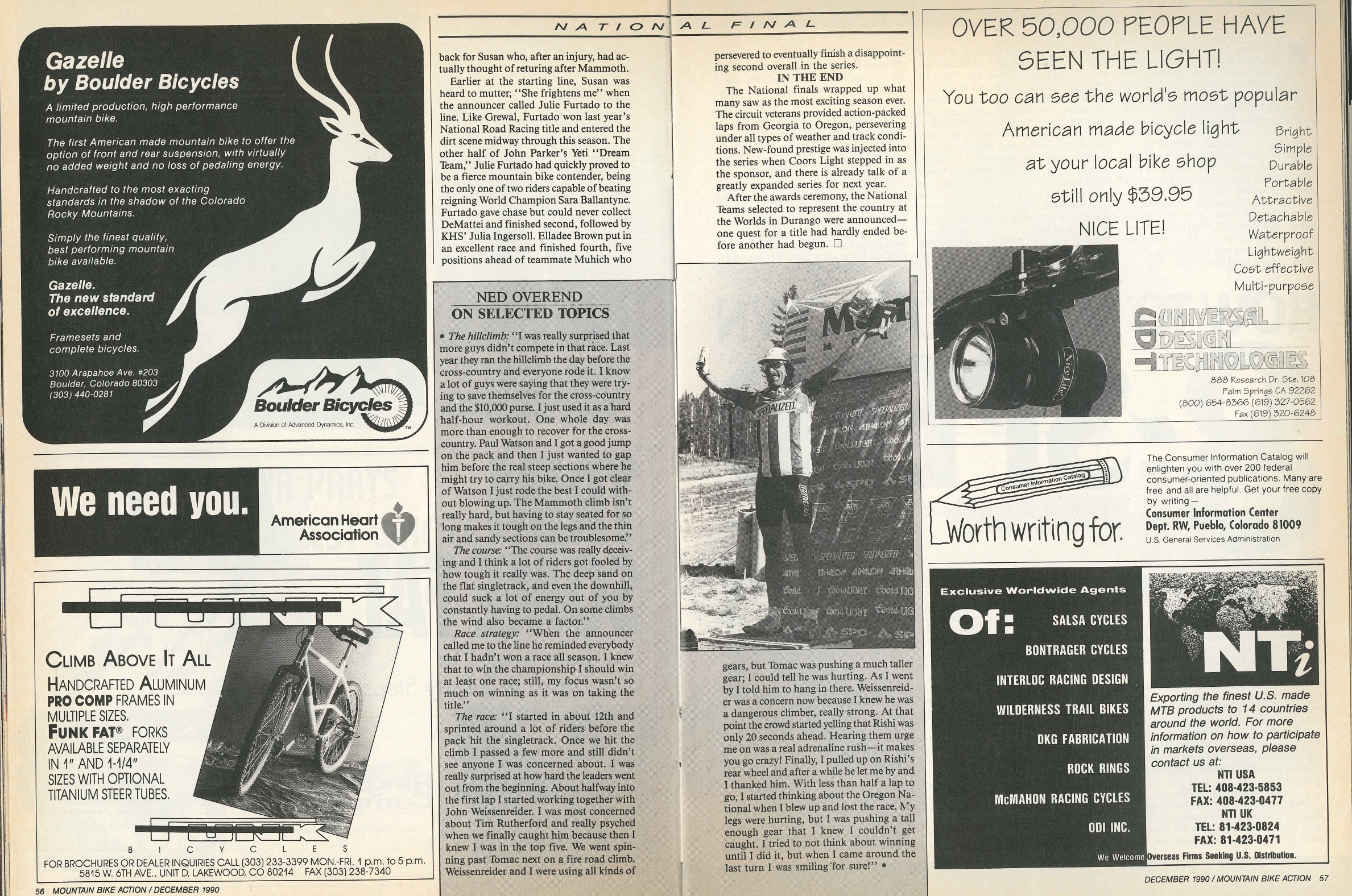 We interviewed Ned after the race and he told how he won the race and mentioned that it was the first national he won all year.  He won the 1990 Men’s XC title with his victory here, then, a few weeks late,  won the 1990 UCI World Championship in Durango, Colorado, in the Men’s XC division. We mentioned in the article that Ned was pretty old when he won the title, since Ned turned 35 in August of 1990.  Amazingly, Ned’s now 65 and he is still racing in the pro ranks.