MBA's November 1986 issue was the second issue of our magazine 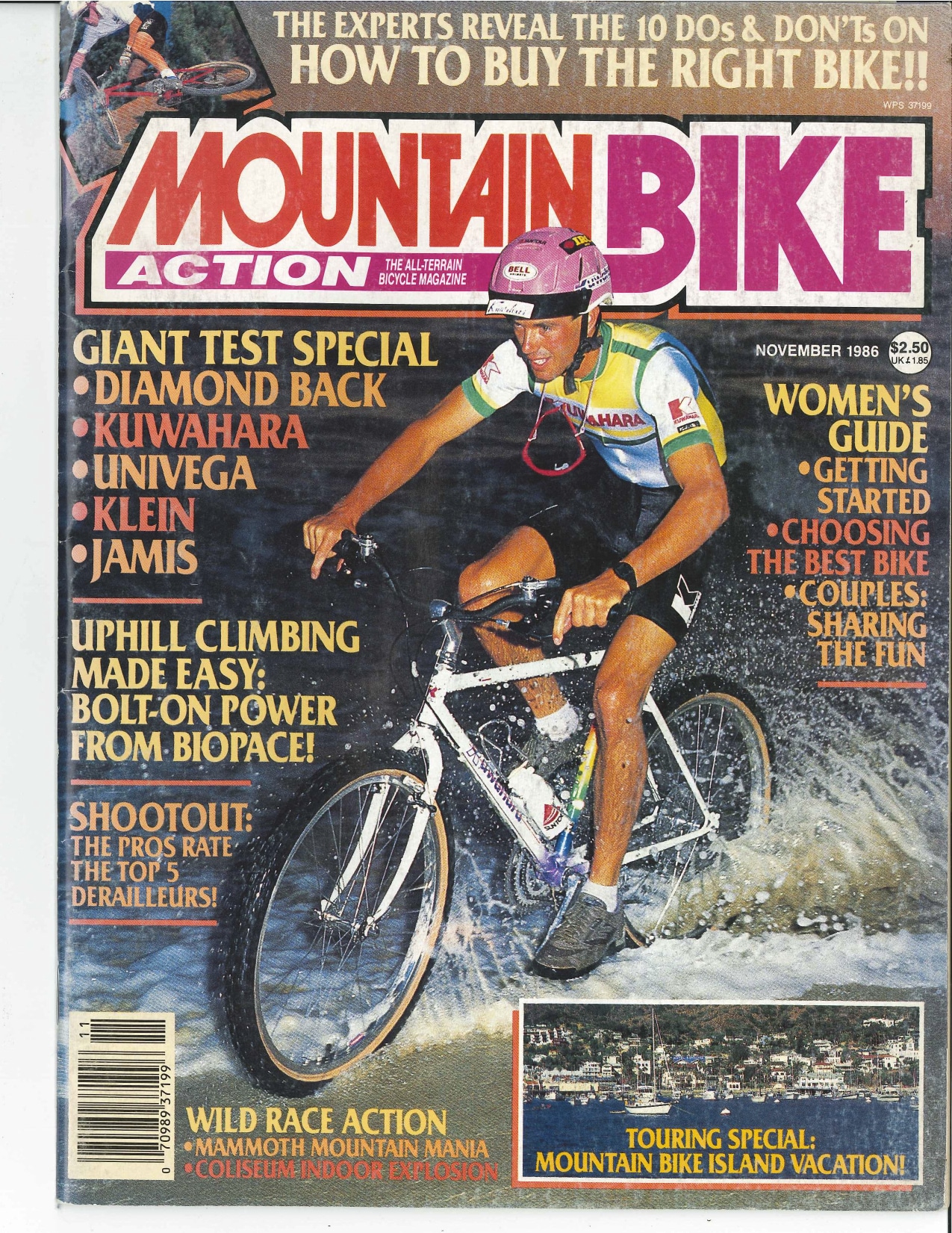 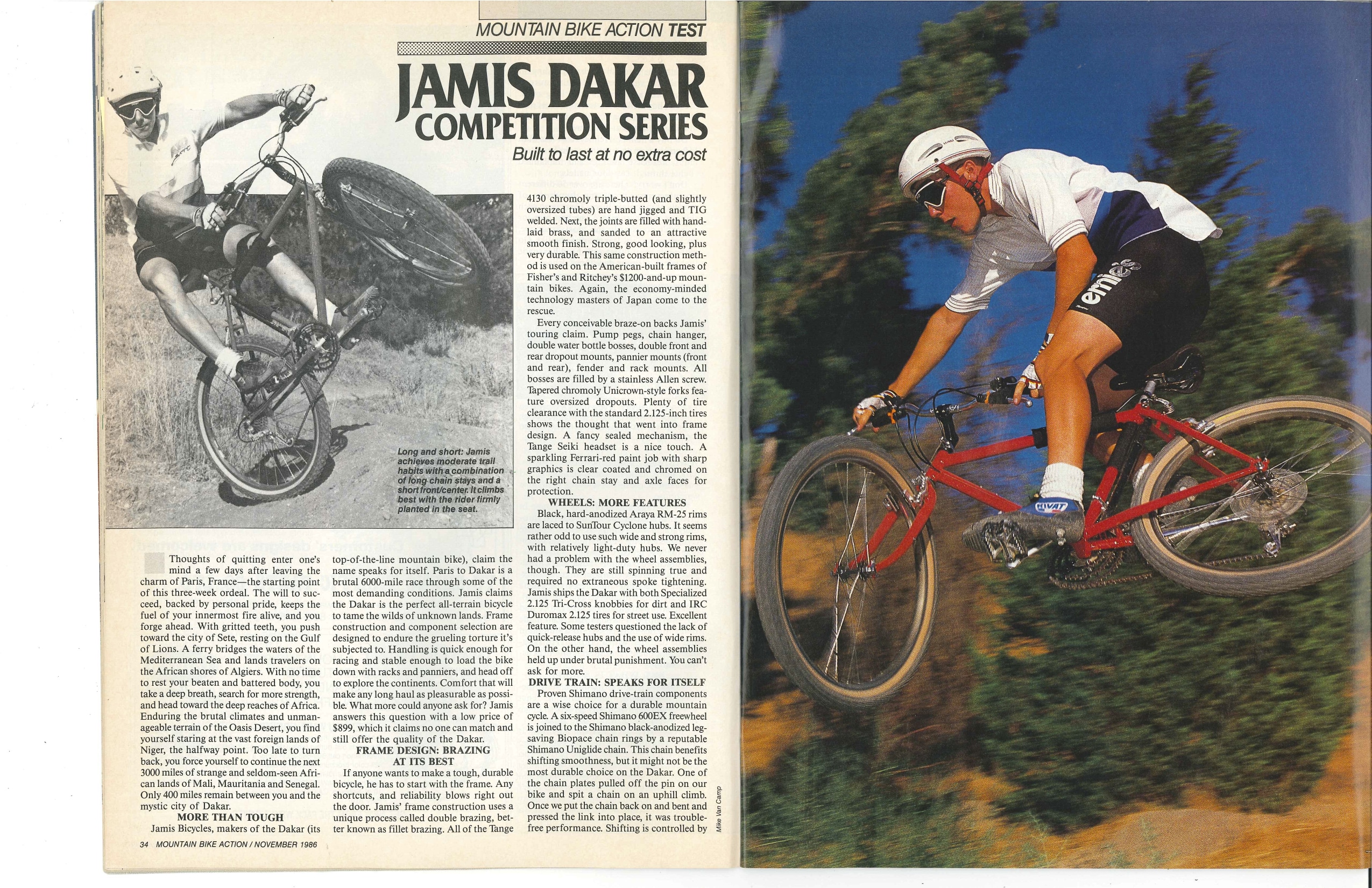 The legendary John Tomac was MBA’s test rider on the Jamis Dakar mountain bike. Tomac was one of our main test riders in the early years of MBA. Five years later “The Tomes” would  take the silver medal in downhill and the gold medal in cross-country at the 1991 UCI Mountain Bike World Championships, along with the overall World Cup Series XC title for the year. 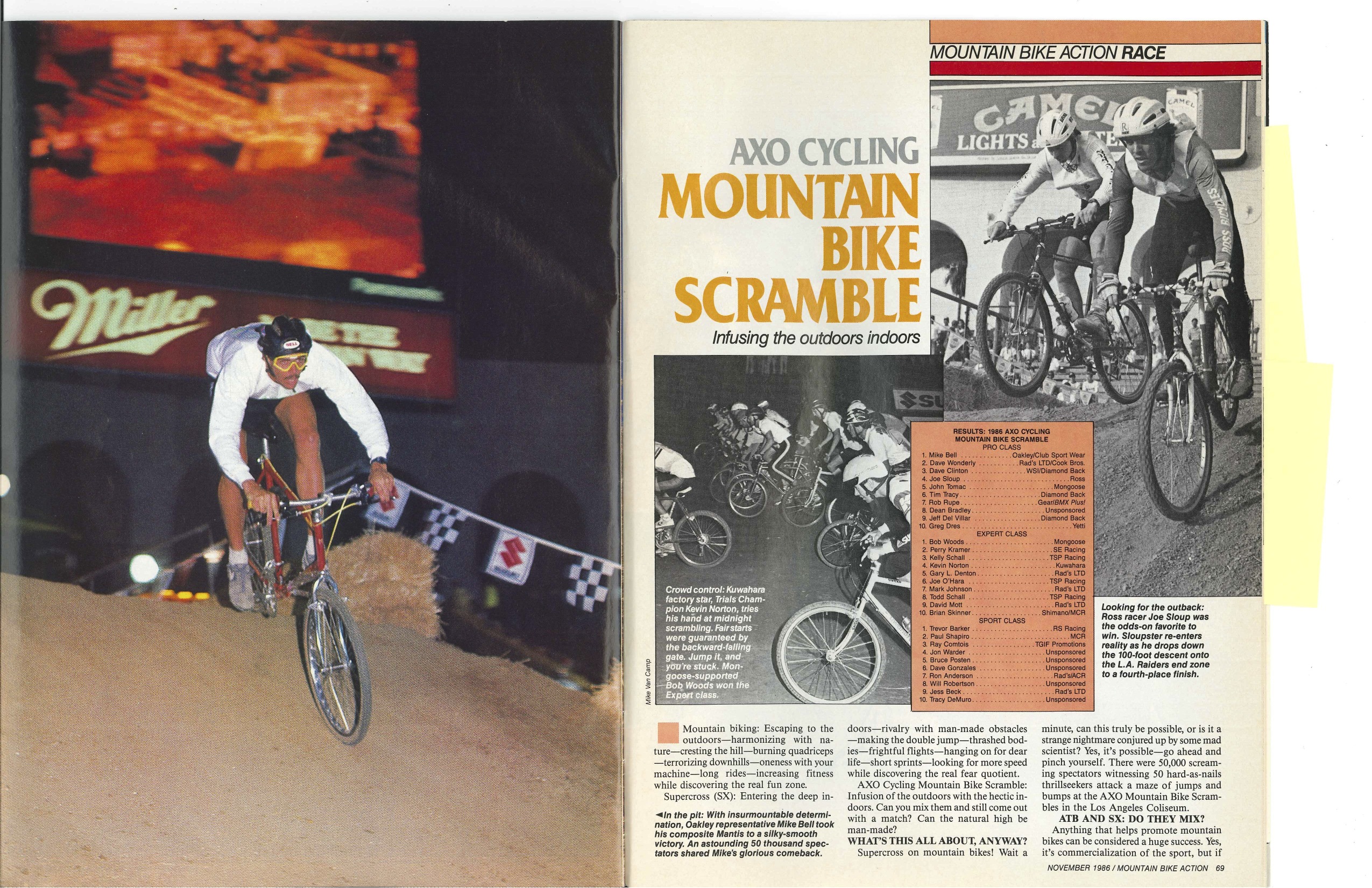 The young sport of mountain biking got a lot of exposure at the Los Angeles Coliseum in the summer of 1986, in  front of  50,000 spectators in the AXO Cycling Mountain Bike Scramble. Mike Bell, who won the Superbowl of Motocross in the same location eight years earlier, was the top rider in the Pro Class in the mountain bike event, while Dave Wonderly took second, former BMXer Dave Clinton got third, Joe Sloup clinched fourth, and John Tomac (who won this same event a year earlier) finished fifth. A little farther back, MBA’s first editor, Dean Bradley, took eighth place. Two more former BMX pros took the top spots in the Expert Class also: Bobby Woods won and Perry Kramer took second. Kevin Norton took fourth in the Expert Class. Brian Skinner, who created one of the very first mountain bikes with rear suspension (one which had appeared in our first issue of MBA in July 1986) took tenth place in the Expert Class.