Throwback Thursday: 30 Years Ago, You Could Get a 24-inch Rear Wheel on a 26-inch Bike

Cannondale used to offer some bikes with 26"/24" wheel combinations 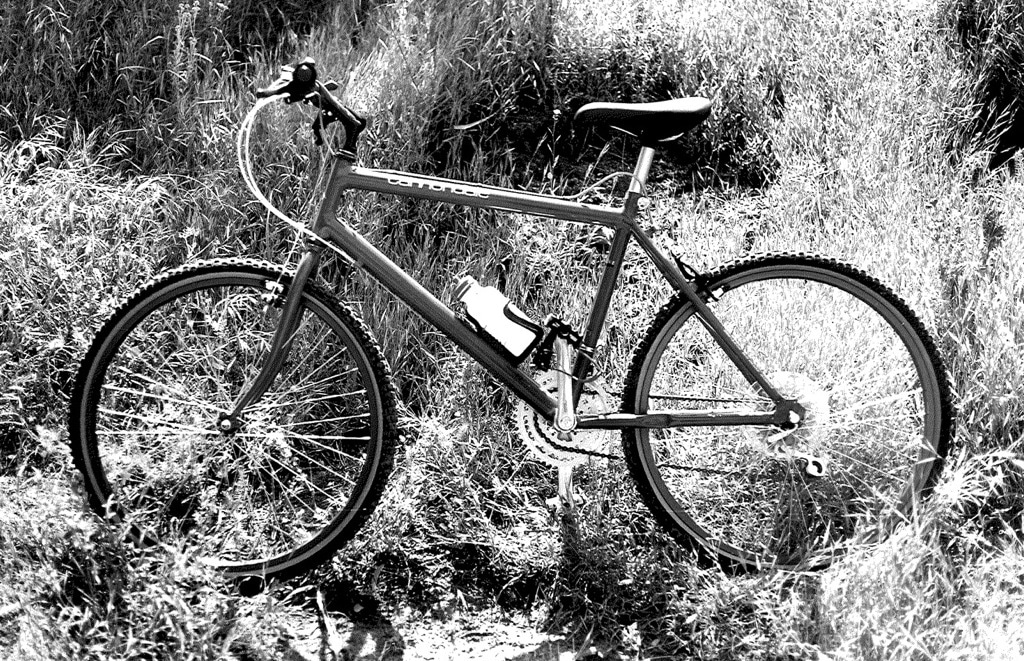 This Cannondale SM700 bike cost $795 in 1988 with oversized aluminum tubing, a 3×6 Shimano Deore drivetrain, and 26-inch wheels. We mentioned in our test that Cannondale had experimented with making bikes with 26-inch front wheels and 24-inch rear wheels before introducing the SM700. While Cannondale’s standard-sized SM700 in 1988 came with two 26-inch wheels, a 24-inch rear wheel was an option still available on the smaller versions. As many motocross racers know, dirt bikes commonly come with two different-sized wheels on each bike. A few years ago we measured the wheels of some of the motocross bikes in our warehouse (which we share with Dirt Bike and Motocross Action magazines). We found that the outside diameter of the motocross bikes’ front tires (including tread knobs) tended to be right around 27-1/2 inches while the rear tires were right around 26 inches. Could that be an indication of what the next revolution in mountain bike wheels might be? 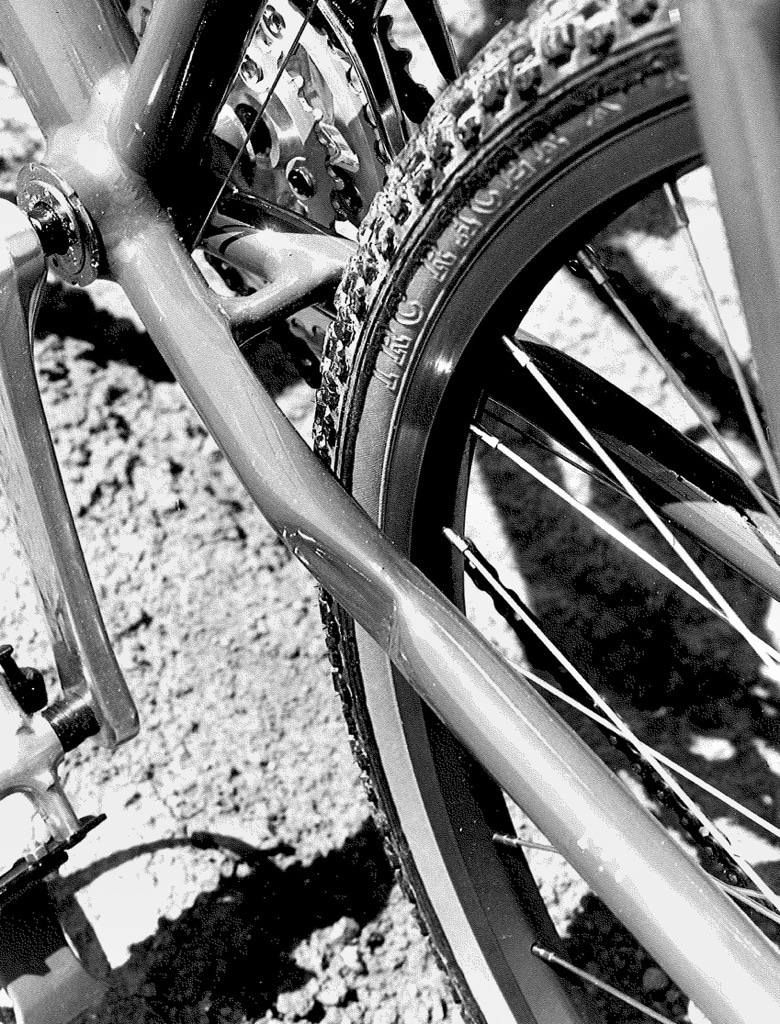 Check out the crimping on the chainstays on this bike. It looks like there might have been a problem with the bike when we saw the apparent dent in the chainstay tube, but that’s how the bike came so that the oversized tubes wouldn’t get in the way of the cranks. Our reviewer liked that the bike’s widely spaced chainstays could accommodate wide tires but was disappointed that the IRC rear tire was only 1.75 inches wide. We said in our test: “They might have less rolling resistance than bigger tires, but that’s not the gauge with which you measure good mountain bike tires—in fact, it’s really just the opposite. No you don’t want tires that weigh 50 pounds, but we’d even prefer some Fisher Fattrax 2.02, the biggest tires available, because they’d be better for offroad use than the small IRCs.” 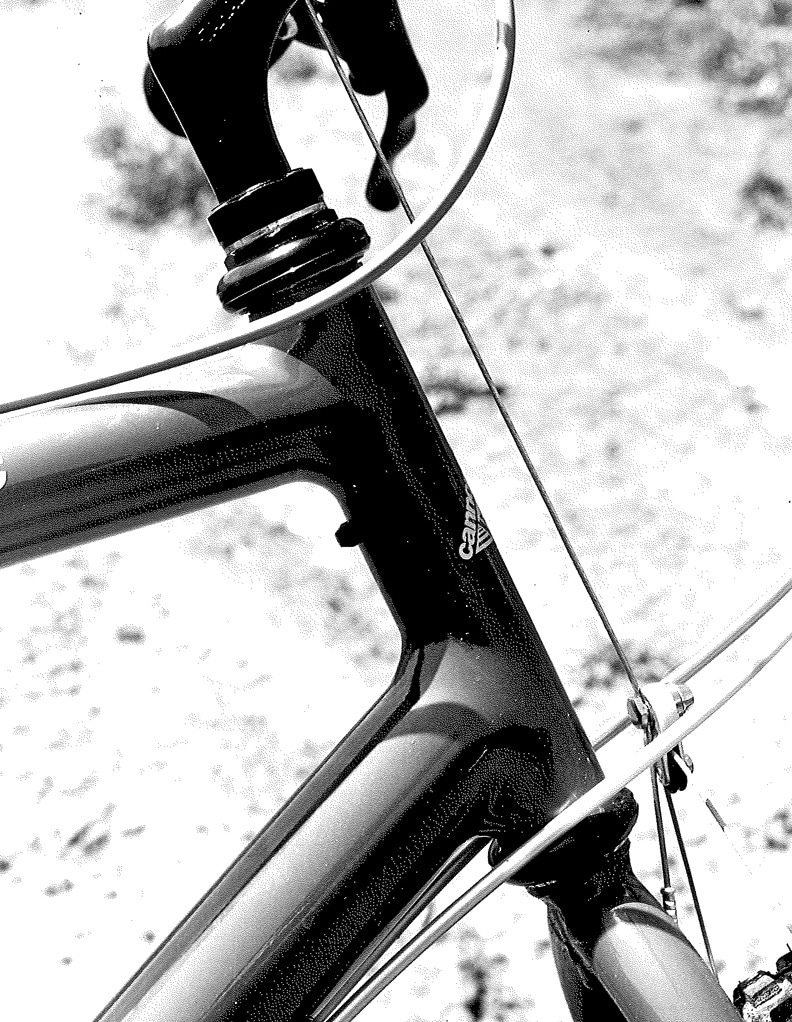 The TIG welding on the M700 was so carefully filed that the bike didn’t even look like it had an aluminum frame. 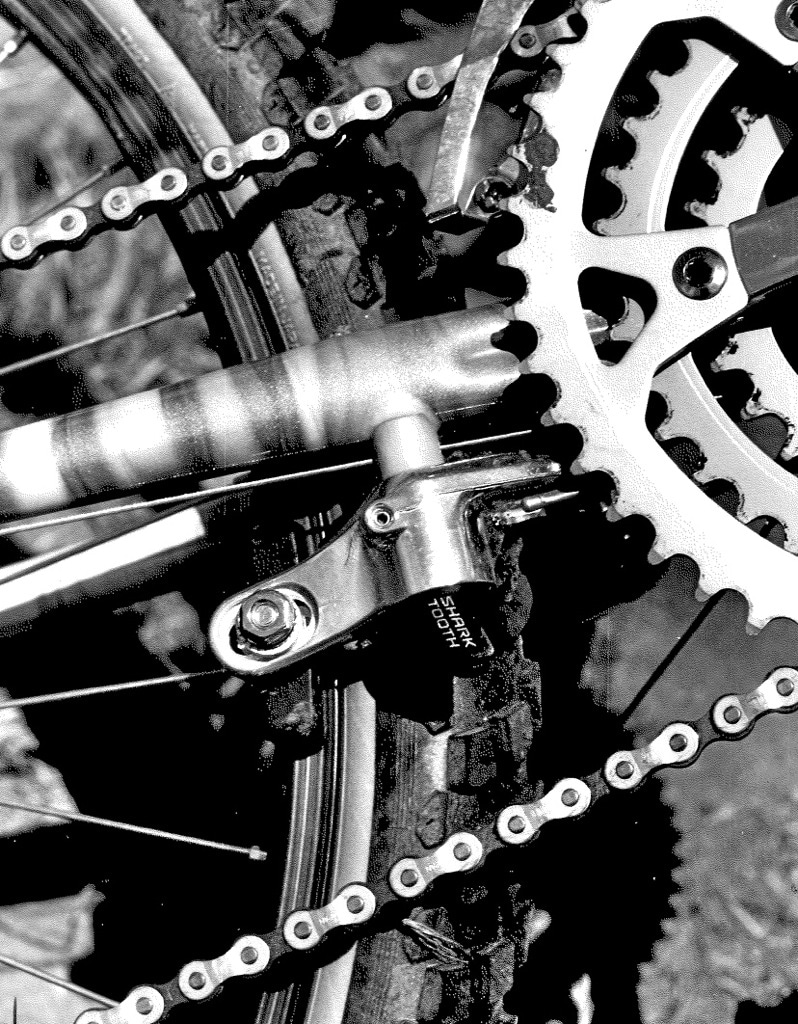 The Shark Tooth attachment seen in this photo was an accessory Shimano developed to keep the chain from hitting the U-brake located underneath the chainstays. That positioning of the rear brake was popular back in 1988. 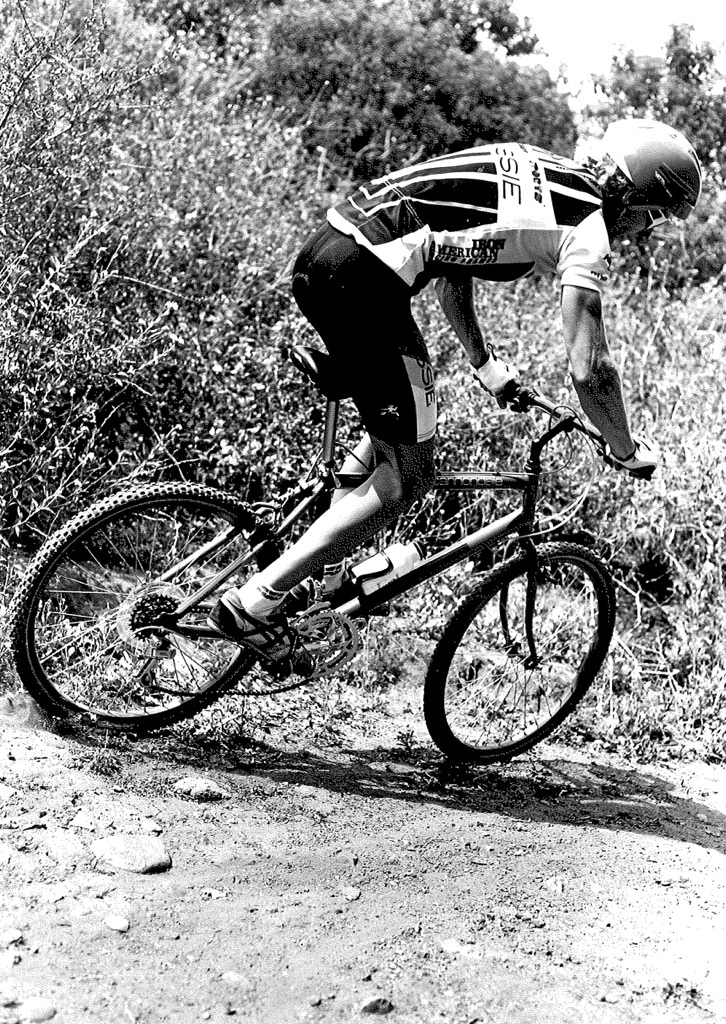 The Cannondale SM700 had a bottom bracket that was 13 inches above the ground, an inch and a half higher than most bikes of the day, giving the pedals and chainrings more clearance over rocks. That may have seemed like a good idea, but we found that the higher bottom bracket made the bike waver at high-speeds.