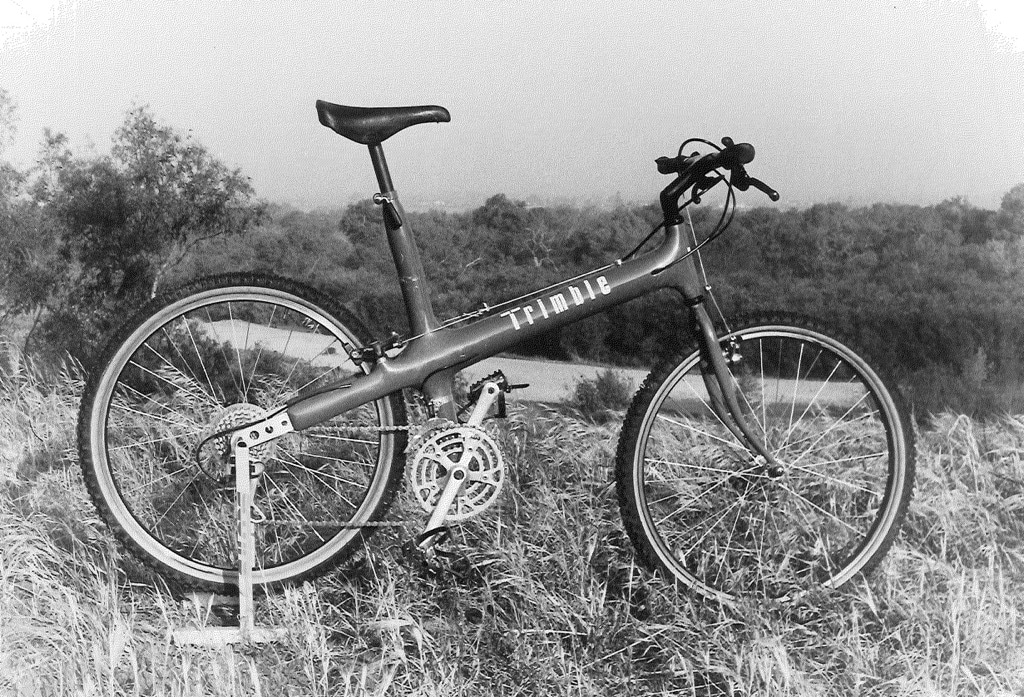 The Trimble Carbon Cross was a stab at the future by designer Brett Trimble. The bike offered a molded, monocoque, carbon fiber frame that weighed only 4 pounds, the lightest frame we had tested up to that time, in 1988. The complete bike weighed 23 pounds. 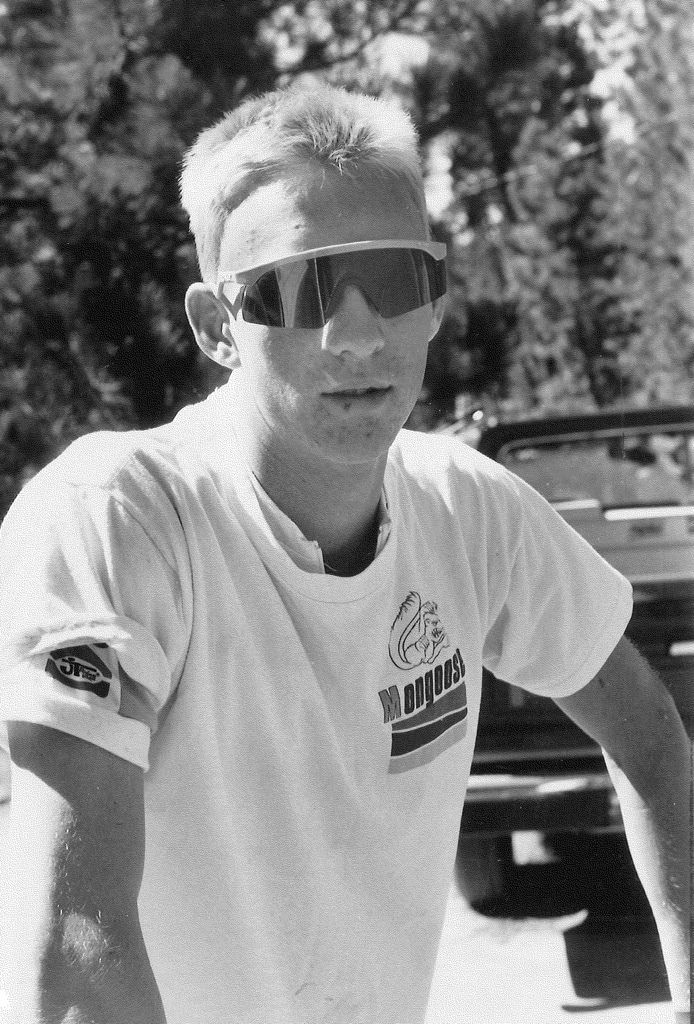 Expert rider Jimmy Donnell looked so much like John Tomac in this picture that we had to double check the caption to make sure we got the name right. Donnell had recently beaten all of the experts and many of the pros at the Big Bear National. 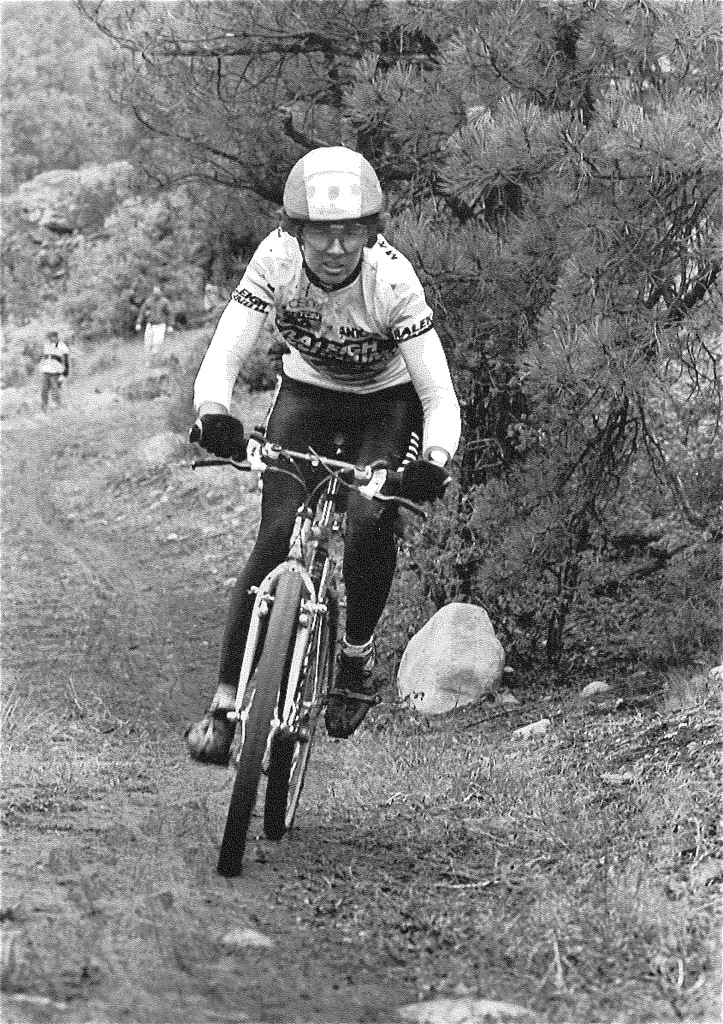 Margaret Day was one of the top women racers in 1988. She took second place in the Rockhopper North race held in Santa Rosa, California, that year. 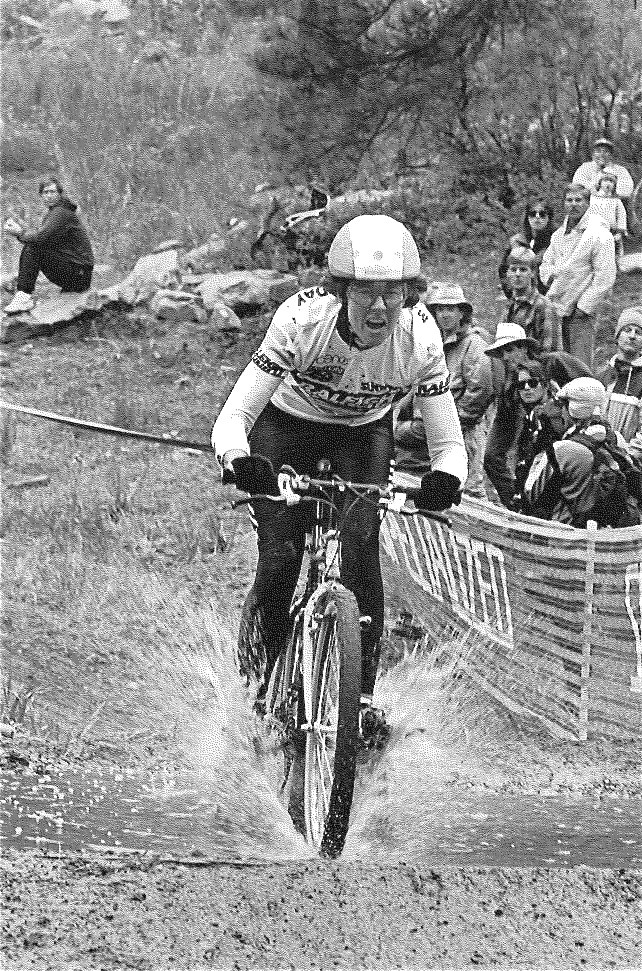 Margaret Day was having a good year in 1988. She won the Women’s Pro-Am class at the Durango NORBA National (shown here). Second-place finisher Martha Kennedy had her $3000 titanium bike stolen at the airport and had to ride a borrowed bike in the race. Rising star Ruthie Matthes (identified as Ruth Matthes in the results) took eighth. Ruthie would go on to win the UCI Mountain Bike World Championship a few years later, along with a few NORBA National Championship titles.

The race was a wild one in the men’s final. A snowstorm hit the mountain during the Pro Men’s race. “It was pretty miserable,” John Tomac said, after crashing on the slippery rocks on his way to the Men’s Pro-Am win, winning the race with an incredible seven-minute lead. Ned Overend also crashed on the snowy rocks, finishing third, behind Max Jones. Future downhill world champion Greg Herbold took ninth in the Men’s Pro Am cross-country race. 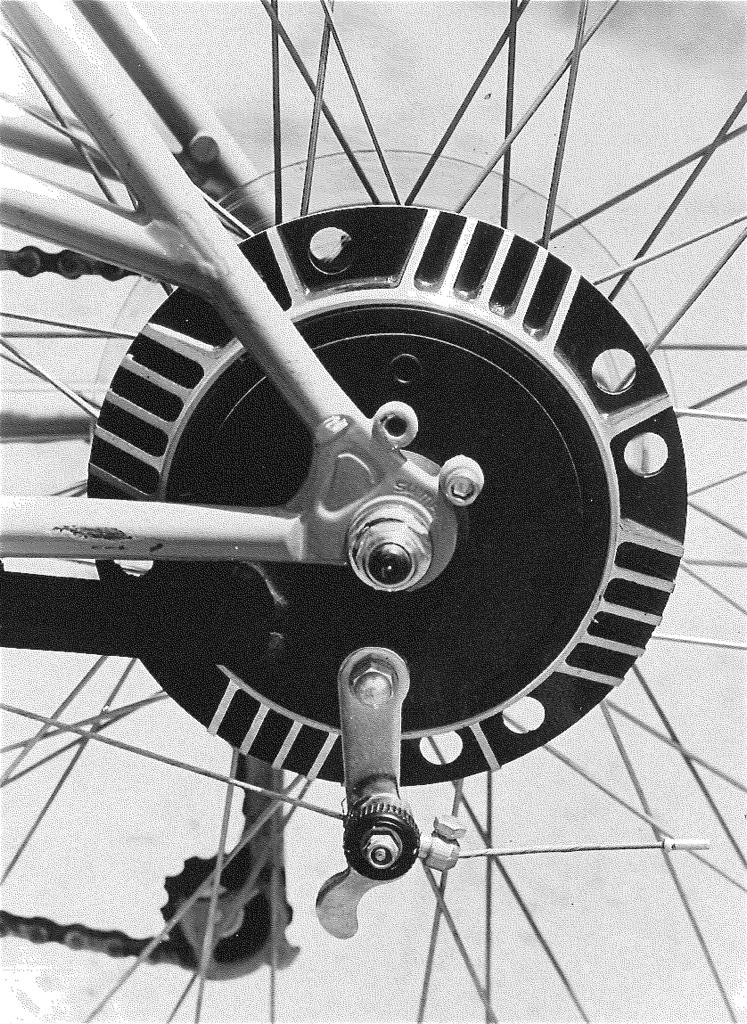 Kuwahara utilized an Araya drum brake on the rear wheel of their tandem mountain bike, tested in that issue. While the bike was at a disadvantage when it came to climbing and descending on mountain trails, the MBA wrecking crew loved riding it on fire roads, where wind resistance was drastically reduced for the second rider, and the two riders on the tandem bike could smoke their competition on normal bikes. 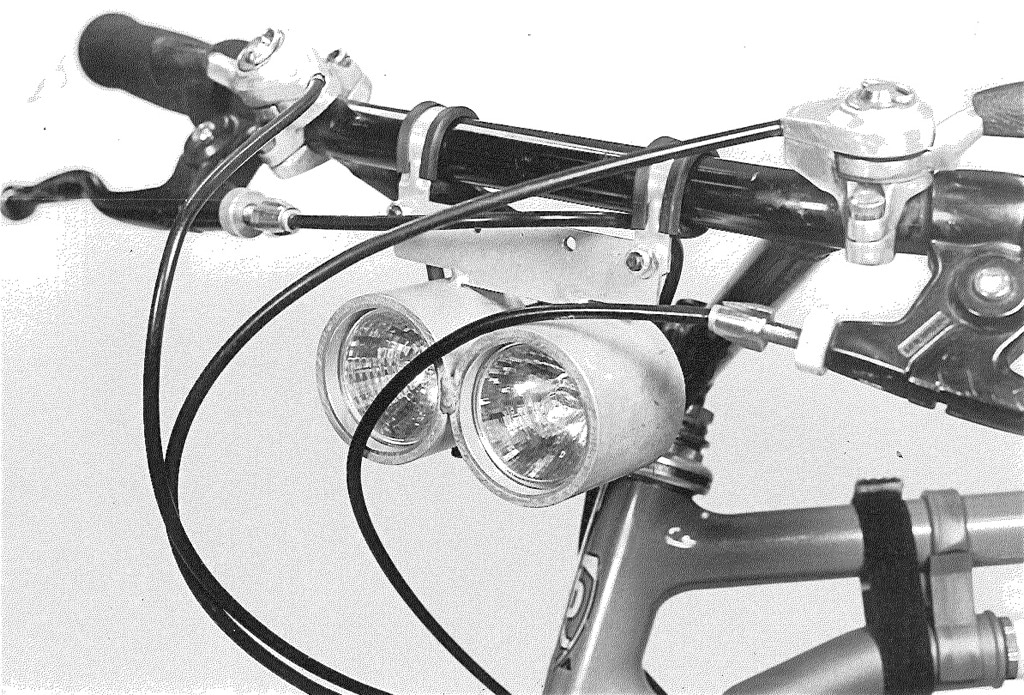 “Would you like to light up the world?” we asked in our caption to this photo. “Night Sun is a phenomenally powerful dual-beam, rechargeable, off-road lighting system. It weighs five pounds but is twice as bright as conventional off-road lights.”