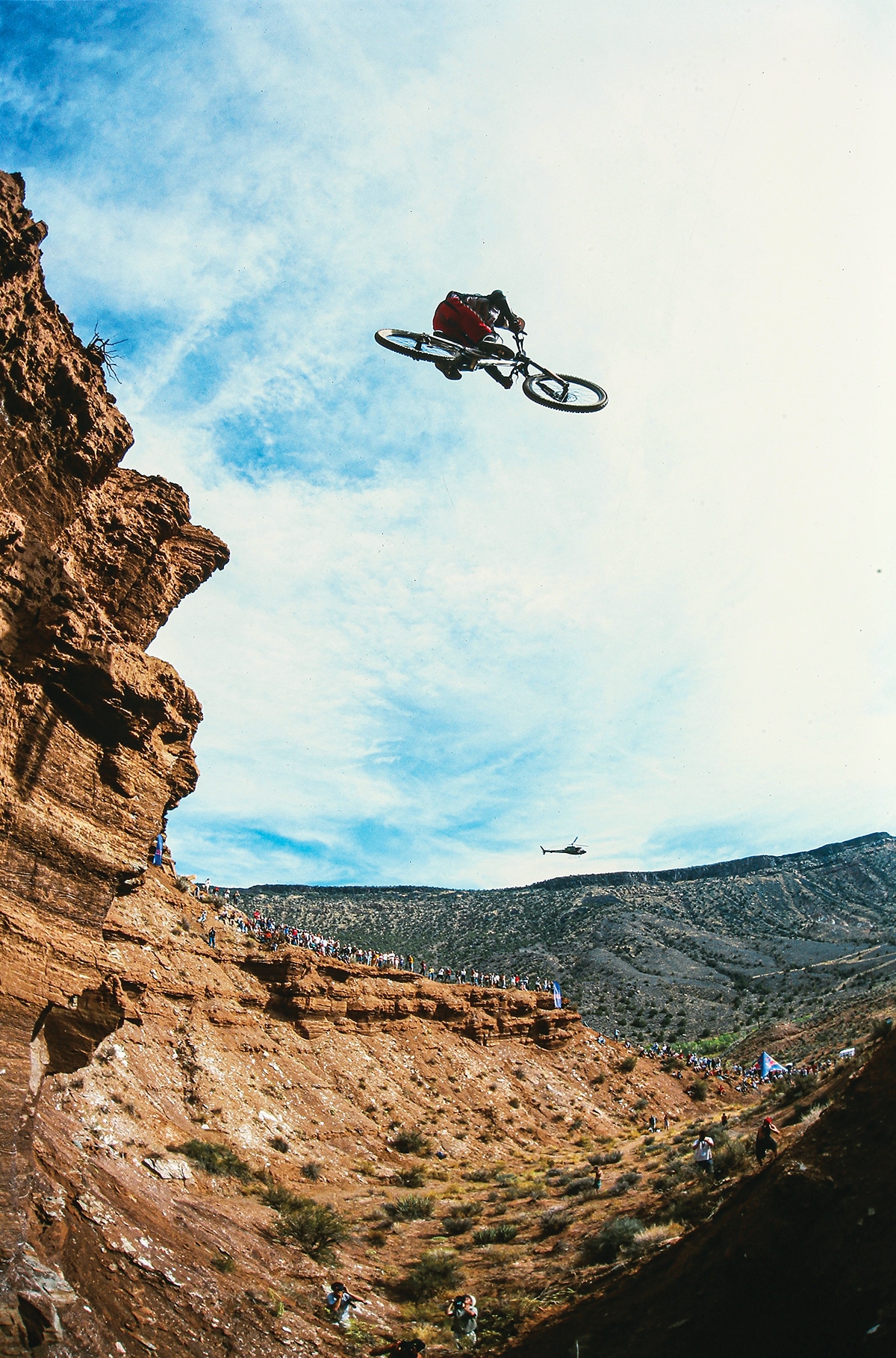 “Even now, after having worked more than 30 years on Mountain Bike Action, this 50-foot leap that Cedric Gracia made to win the 2003 Red Bull Rampage still ranks among the most impressive stunts I’ve ever seen or photographed. The landing area was maybe 3 feet wide and 6 feet long with no margin for error!”—John Ker/MBA

“It was hard to judge the speed and the direction, and the landing spot was so small! And to make it easier, it wasn’t even straight! I had to do a transfer in the air to hope to be able to land on the little landing—too many factors I couldn’t control, really. I was just hoping I’d make it to the other side safe and deal with it step by step. No practice, just straight in and pray.

It was definitely the hardest thing I had ever done—not massive, but so technical—and I didn’t know if I had the skills to do it. But I like a challenge, I guess—not like today. The real freeride, ha ha, but I was proud when I made it.”—Cedric Gracia