Photo courtesy of the Mountain Bike Hall of Fame 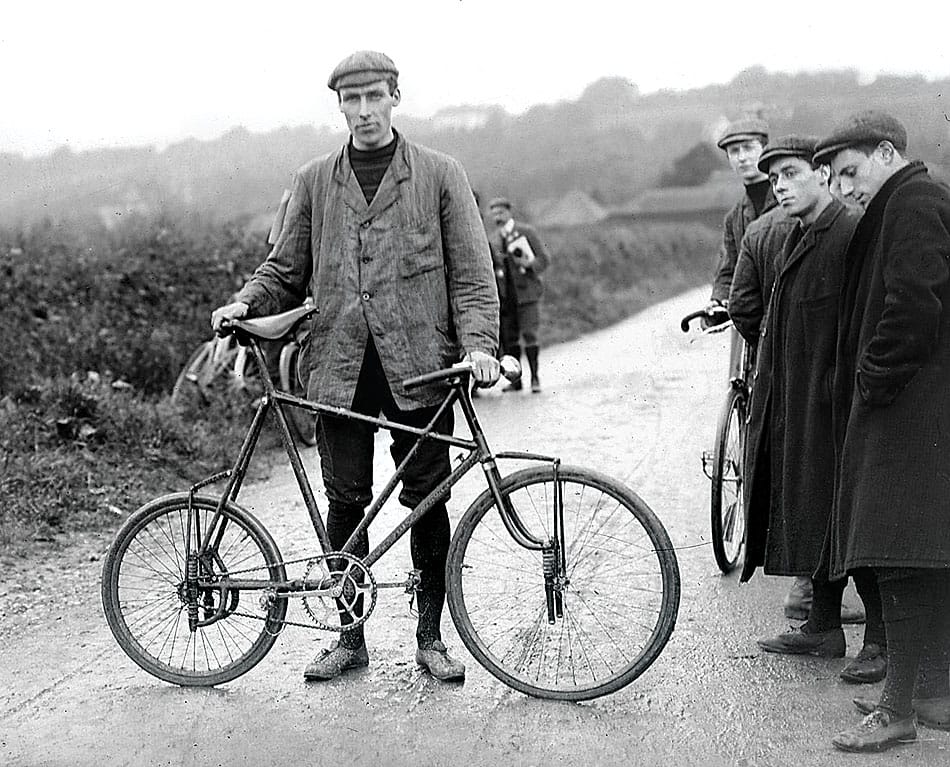 (Photo courtesy of the Mountain Bike Hall of Fame)

We don’t have a date for the above photo, but if you look closely you’ll see that it has front and rear suspension as well as a larger front wheel and smaller back wheel, often called a “mixed-wheel” or “mullet” setup in modern-day mountain bike conversations.

The photo appeared in one of the articles we did a few years ago on the history of mountain biking, as told by four pioneers of the sport: Charlie Kelly, Joe Breeze, Gary Fisher, and Tom Ritchey. Here’s a link to the first article in that series, the article that included the above photo as well as the recollections of Kelly and Breeze and the part they played in the birth of mountain biking in the 1970s: https://mbaction.com/40-years-of-mountain-biking/