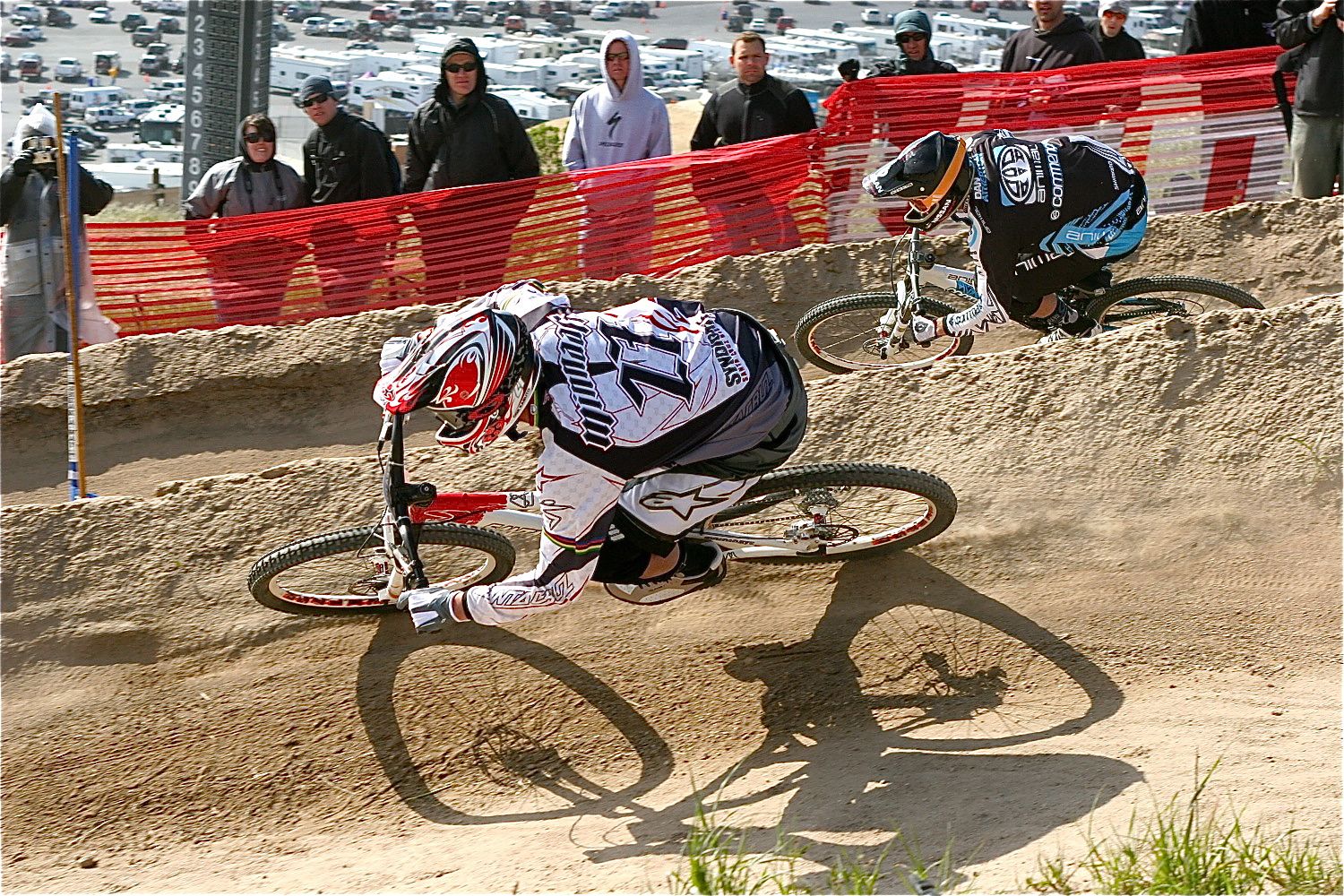 We were checking out some pictures from 2008 in one of our photo libraries when we spotted this one of Greg  Minnaar racing against Dan Atherton in the dual slalom event at the Sea Otter Festival that year. Greg is still racing, and we expect he’ll still be doing it next year, too, while Dan and his siblings, Gee and Rachel, are now busy working on making and selling Atherton bikes.

Last week, Minnaar proved once again that he’s still one of the top downhill riders in the world when he set the fastest timed-training run (not the timed-qualifiers) in round one of the two World Cup races held at Lousa, Portugal. After that, he came back and won the Elite Men’s Finals in round one at Lousa.  This past Sunday, Greg came back and almost won the second round as well, losing to Loic Bruni by a fraction of a second in the final World Cup race of 2020.

One point in Greg’s favor in deciding who is the top downhill racer of all time is that it was Greg Minnaar who ended Vouilloz’s World Cup title streak in 2001. That year, 19-year-old Greg Minnaar took the overall Elite Men’s Downhill World Cup title, pushing Vouilloz back to second place. Vouilloz had something else he was doing besides racing downhill back then. He had started racing rally cars in 2000. Before long he retired from downhill racing and became one of the top rally car racers in the world,  even winning the International Rally Challenge in 2008.

Minnaar has not racked up as many overall titles as Vouilloz, but he does have Vouilloz beat when it comes to the total number of World Cup race wins: Minnaar has 22 and Vouilloz has 16.

As for Nicolas Vouilloz, he has returned to mountain bikes and has been racing enduro events in Europe in recent years, taking fifth in the Enduro World Series in 2015, and sometimes racing electric mountain bikes too. When last we heard, he was working for LaPierre Ultimate Cycles (his longtime downhill bike sponsor) in France, helping with their downhill bike development and working with their team riders.