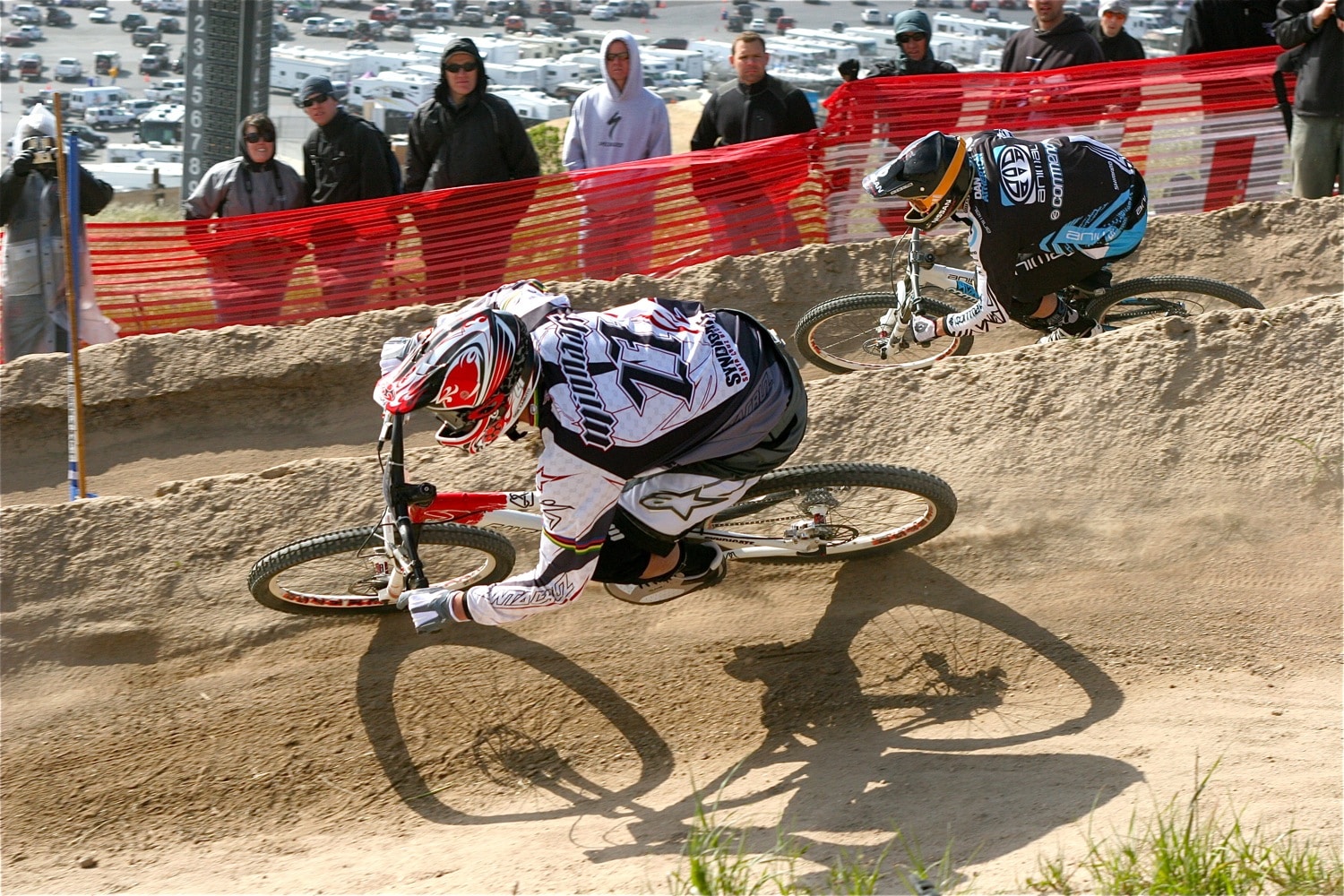 Since the 2020 Sea Otter is not going to happen this year, we thought we’d share a shot from one of our favorite Sea Otter Classics of the past.  This was the Dual Slalom event at the Sea Otter in April of 2008. We don’t remember now what the temperature was this day, but the spectators in the background are all bundled up against the cold. There have been other years where the temperatures have been up in the 90s, or close to it, so we never know what to expect before the race arrives.  As for the action on the day pictured, that was another story. The racers wore extra layers to fight off the cold, but the racing was red hot, just as it was in this shot of Greg Minnaar (foreground) racing against Dan Atherton. For those who don’t know him, Dan is Gee and Rachel Atherton’s older brother. Greg and Dan were racing against each other in what looks like one of the closer battles of the day. As the winningest male downhill rider in World Cup history, Minnaar is better known for his downhill skills than he is for his dual slalom ability, but he was also a formidable competitor in dual slalom. As a matter of fact, Minnaar won both the Pro Men’s Downhill and Dual Slalom events at the 2008 Sea Otter. Greg knocked Dan out of the Dual Slalom  race with this matchup, but Dan still finished an impressive seventh in the Pro Men’s Downhill the next day.

Video Clip Of The Day