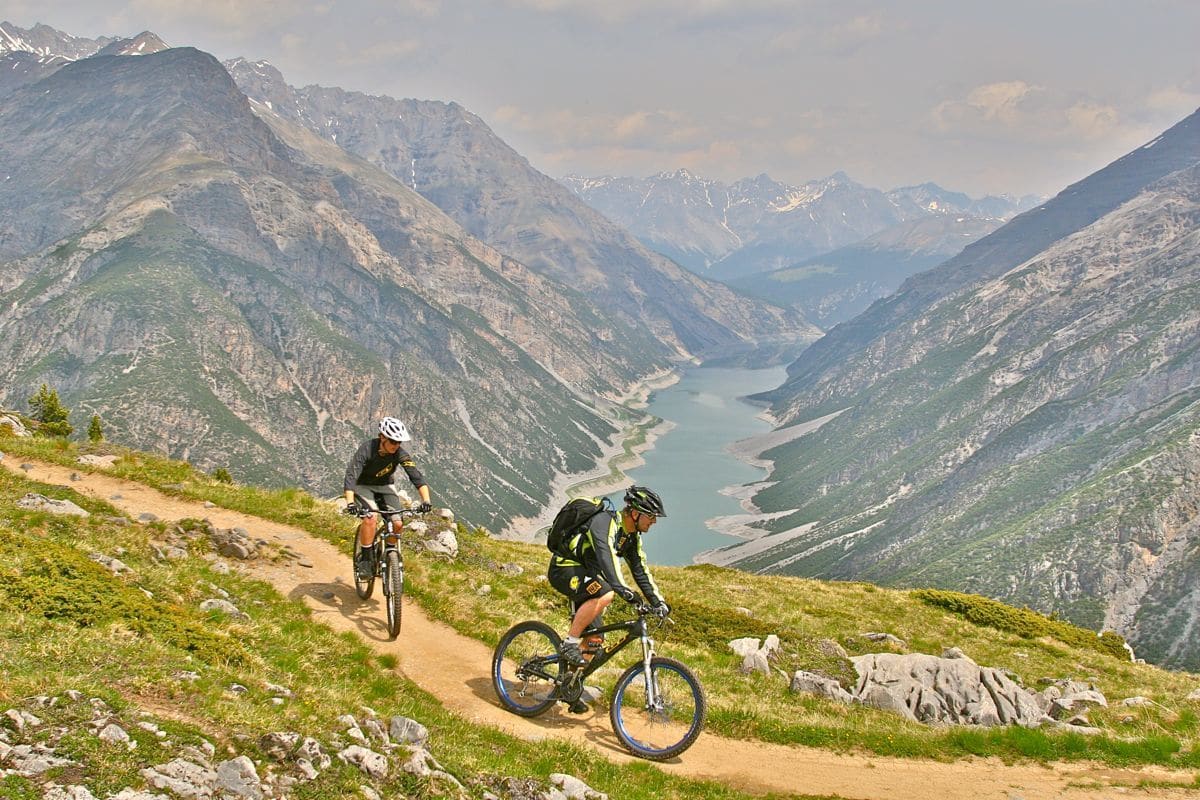 MBA got to travel to Italy for the UCI World Championships in June of 2008 and check out the newest GT bikes while there. The Worlds were held in June that year, which was earlier than normal, because of the Olympics coming up later in the summer. That turned out to be the same Olympic year where France’s Julien Absalon won his second of two Olympic gold medals, and Switzerland’s Nino Schurter won his first of three Olympic medals, a bronze one that time, with silver and gold coming to him at the next two Olympics. Nino was young back then. He won the U23 Men’s XC title at the Worlds that year.  While we were there in Northern Italy, close to the Swiss border,  we got the chance to go mountain biking with Hans Rey (shown leading here)  on this day in the Italian Alps. The weather was beautiful, the trails were great, and it proved to be a memorable experience for everyone involved. Thanks to GT for the invitation to join them in Italy and to try out their newest bikes, and many thanks to Hans Rey for taking us on some great bike rides in the Alps while we were there. (Photo by John Ker/Mountain Bike Action)