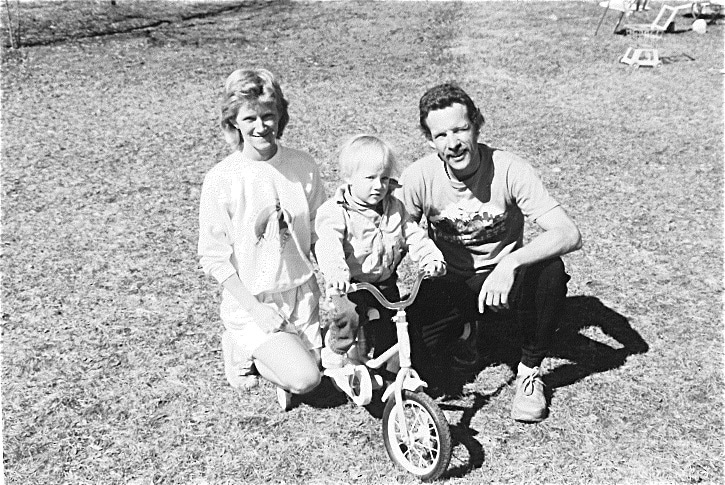 Ned Overend posed with wife Pam and daughter Allison in 1988. Ned was the top mountain bike racer in the world in those days, and he’s still phenomenal today. He recently placed seventh racing in the pro class at the 2018 Crusher in the Tushar gravel race. Ned turns 63 later this summer. 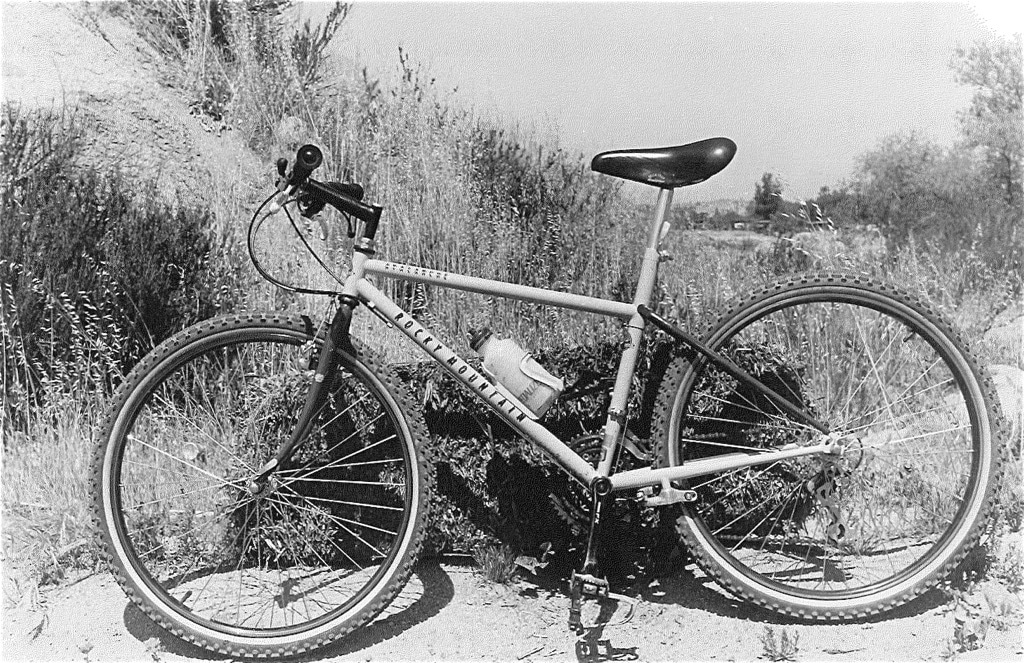 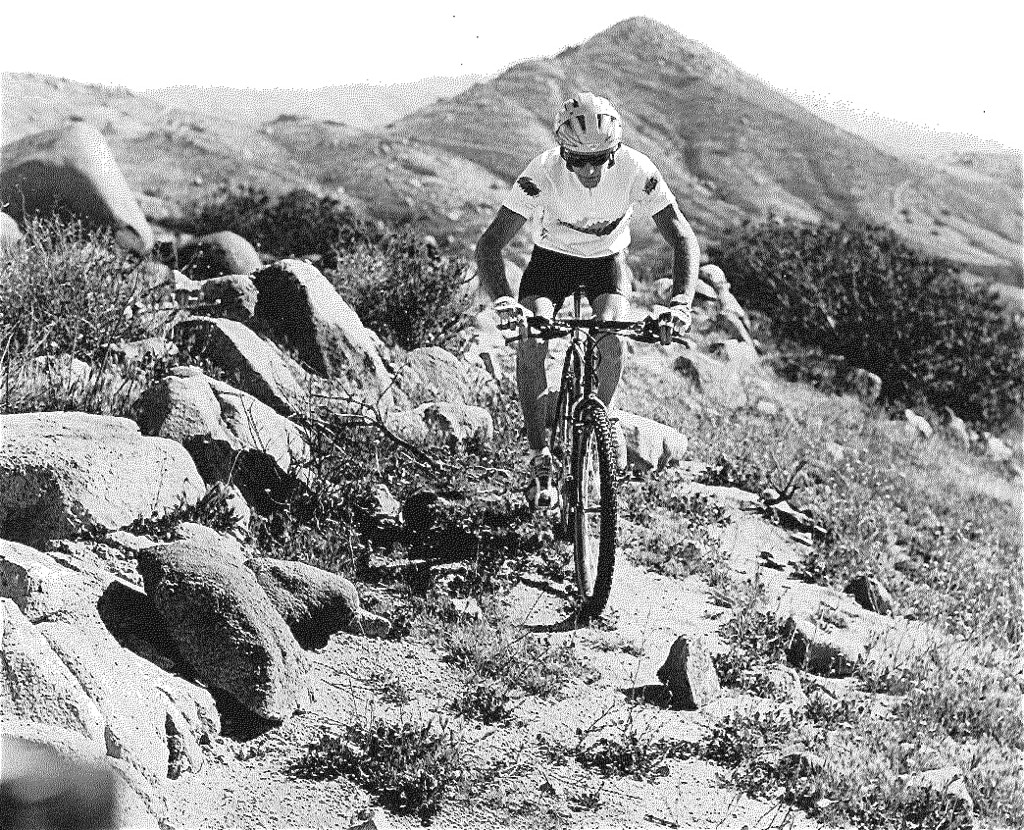 Among the bikes tested in that issue was the Specialized Stumpjumper Epic, which came with carbon fiber frame tubes and chromoly lugs. It had 18 speeds (a 6×3 drivetrain) as well as a Hite-Rite seatpost. It sold for $2400. 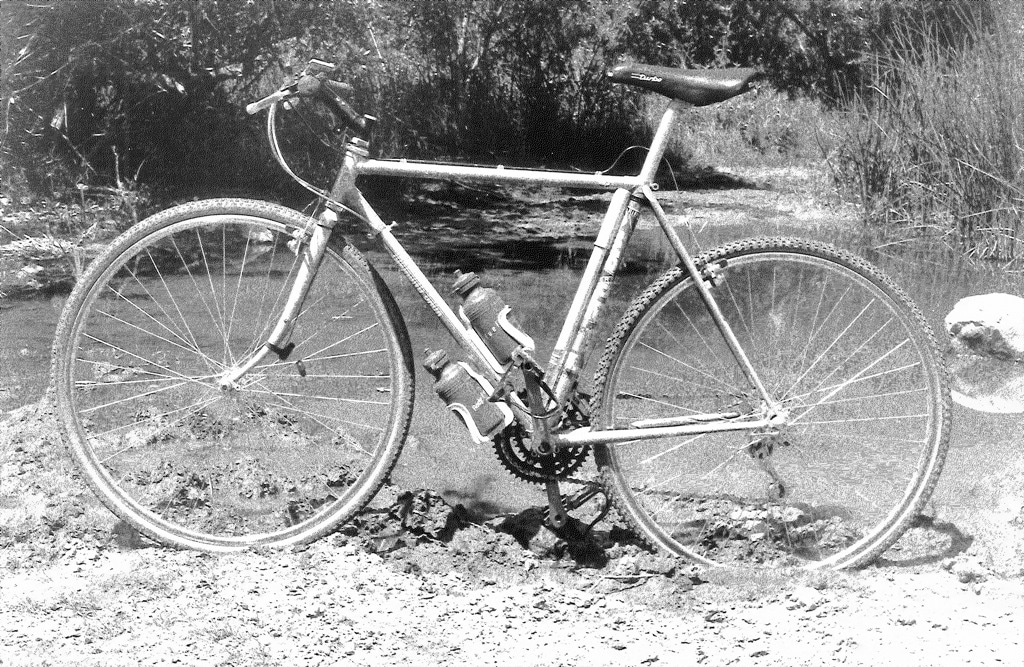 This bike was an attempt to turn a road bike into a mountain bike by swapping out the bars and tires and some other components for more offroad-friendly options. It would have cost about $300 for someone else to do the conversion, but we had all the necessary parts lying around the MBA headquarters and the editors’ garages. Although the bike performed fairly well on fire roads and mellow trails, we suggested that readers skip such efforts and buy real mountain bikes instead. 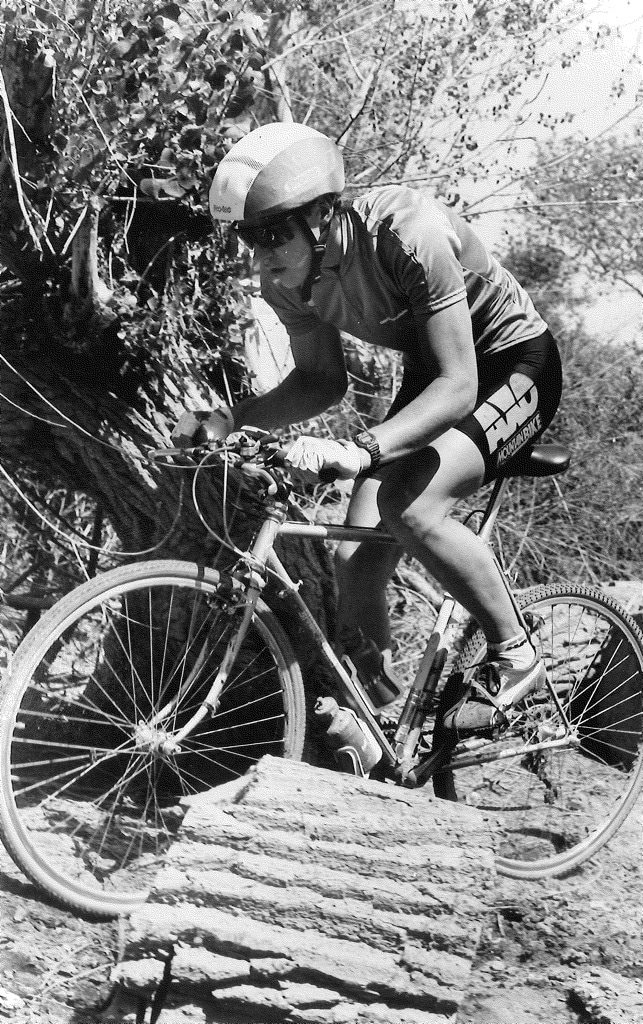 We took our road-to-mountain conversion bike on some real trails. It didn’t ride too badly, but we couldn’t recommend that others do the same. 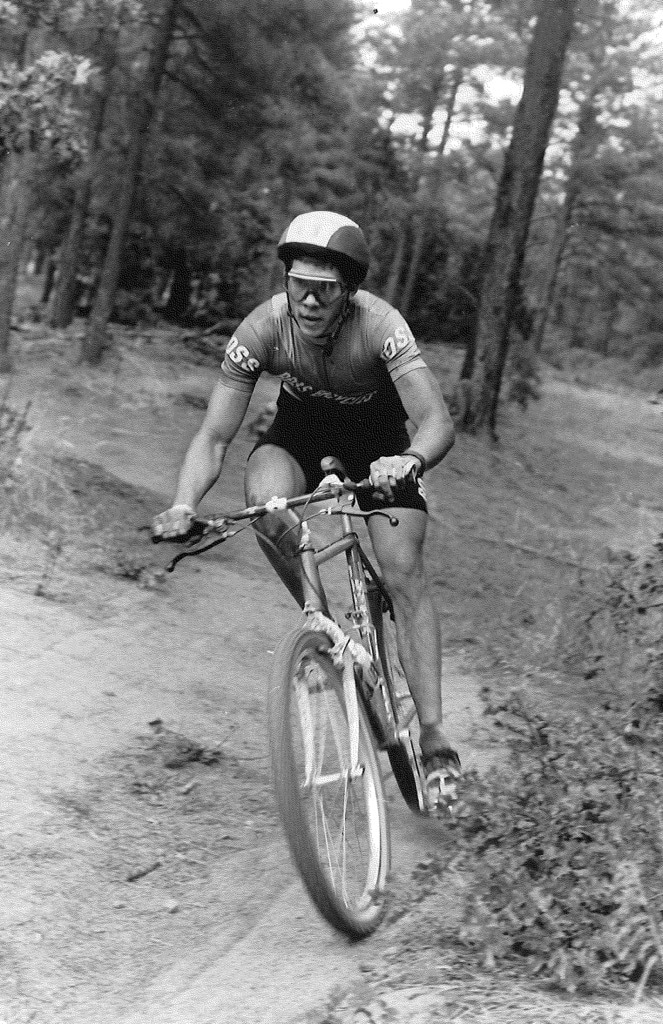 In one article in our July 1988 issue, we showed some of the top riders of the year and revealed what teams they were riding for in 1988.  Casey Kunselman (above) ranked among the best riders in the country at the time, and he  was riding for Diamond Back. 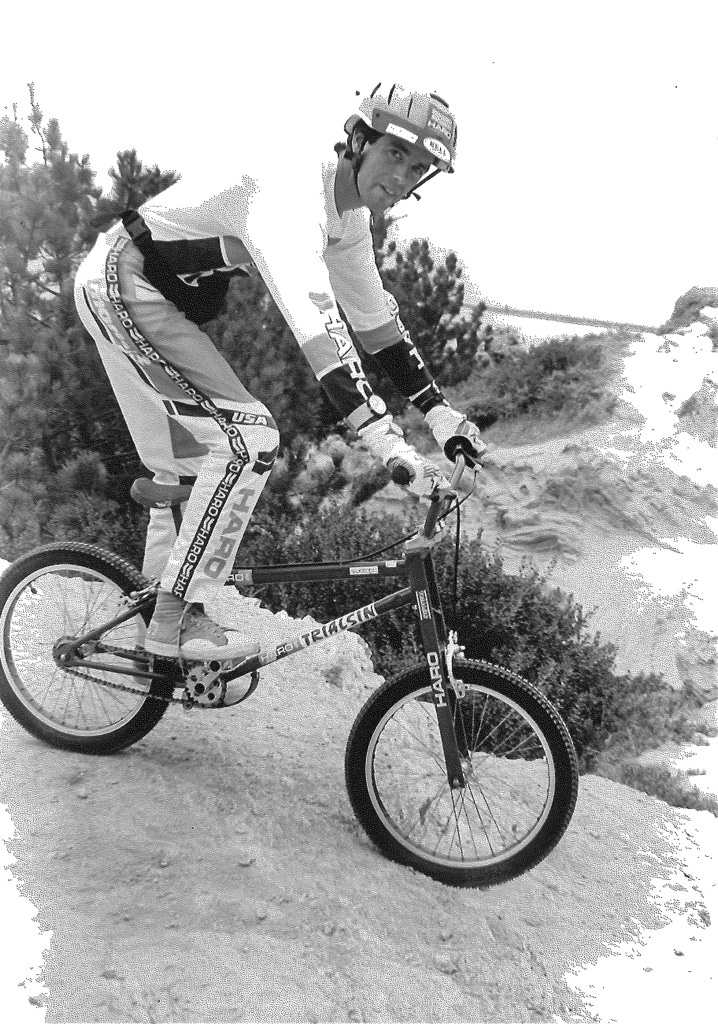 Kevin Norton (above) had won the Trials National Championship in 1986, then lost it to newcomer Hansjorg Rey (better known as Hans Rey today) in 1987. Kevin was hoping to retake the title in 1988. 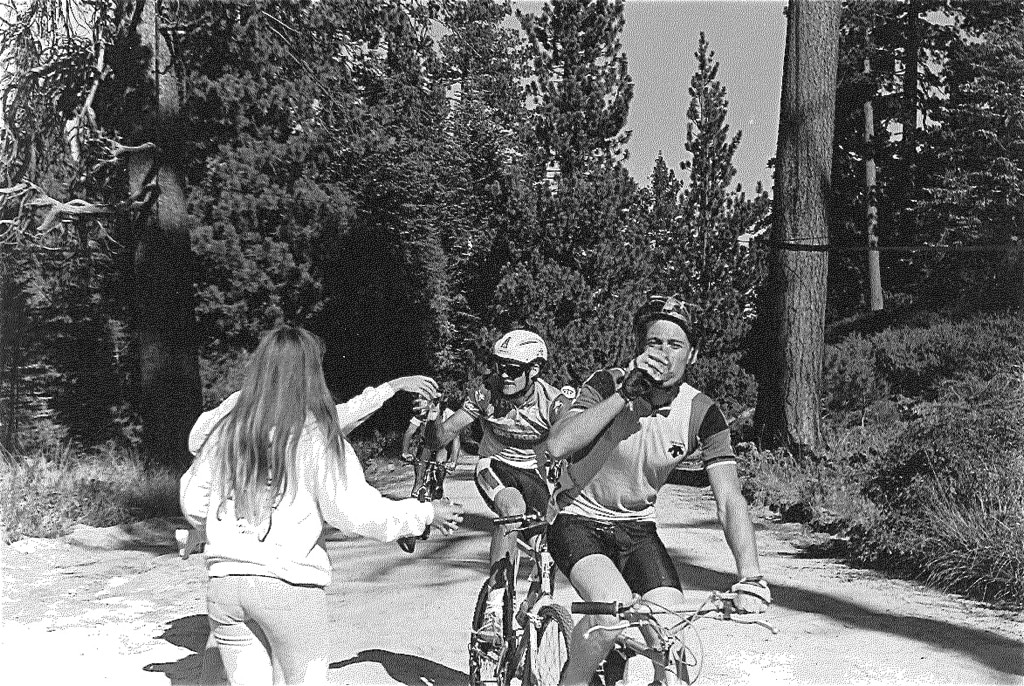 Mountain bike racers rode much longer laps in those days than they do today. Often races were a single loop of 20 miles or more. Most riders rode with two (or more) water bottles for the long loops, and they were still happy to grab extra water in the feed zones whenever they could. 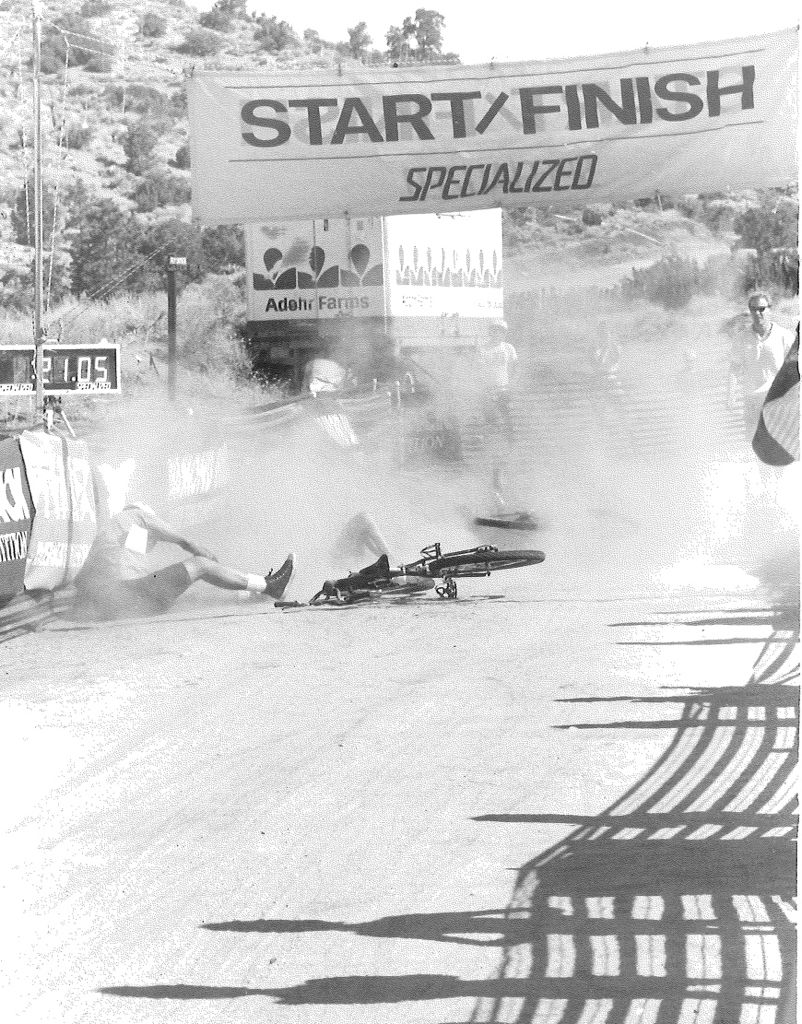 Mayhem at the finish line. Check out the size of that dust cloud. 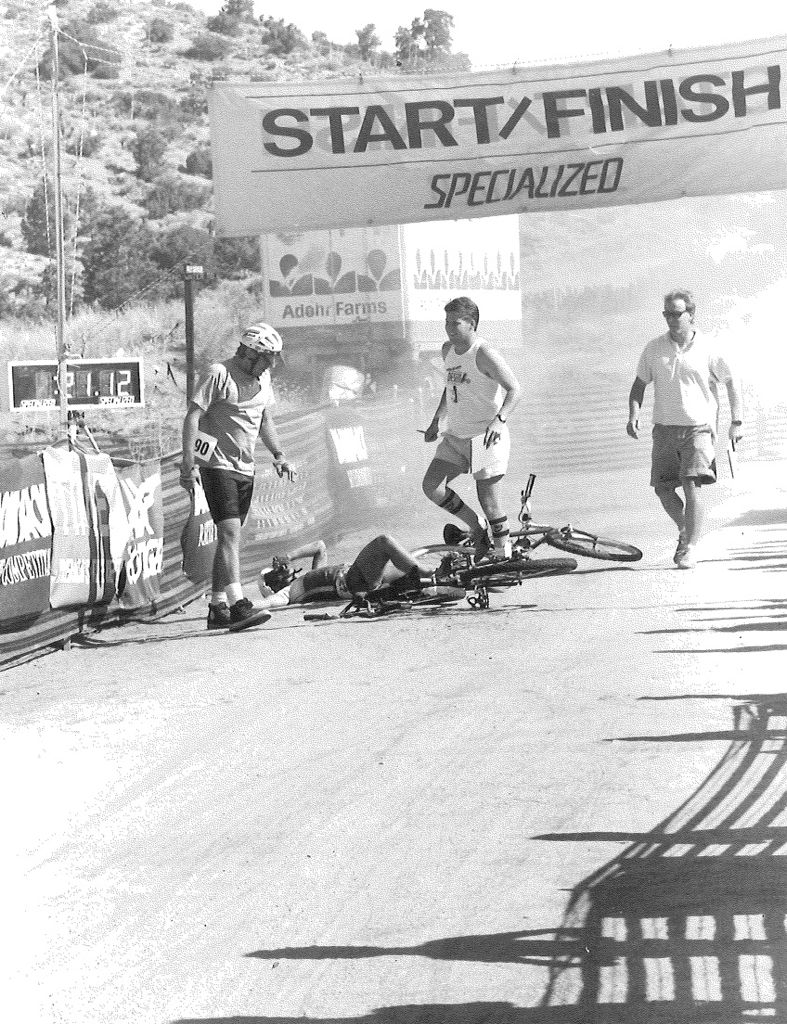 At least they crashed on dirt instead of pavement.