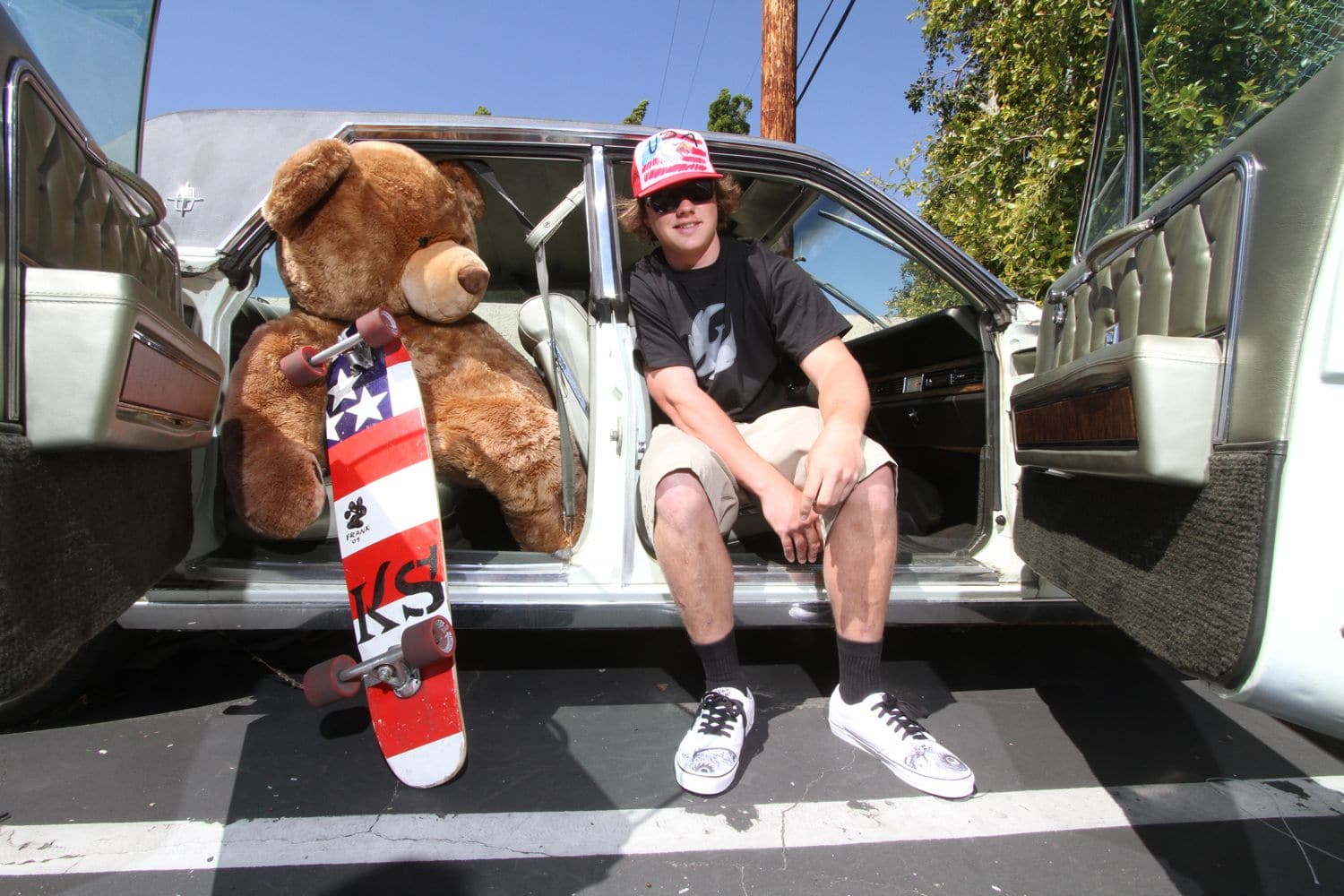 We met up with Kyle Strait in April of 2010 to shoot some photos of him at home.  He turned 23 that spring. We had first met Kyle in the spring of 2001, on the day he won the Pro Dirt Jumping contest at the Sea Otter Classic—a few days before his 14th birthday. It’s pretty much unheard of for a 13-year-old rider to be allowed to compete in the pro ranks, but if the rider’s talents justify it, promoters will sometimes allow it, as they did that year. (It  reminds us of the time when 14-year-old Finn Iles was allowed to enter the pro class in the Whip-Off World Championship at Whistler’s 2014 Crankworx Festival, and Finn won the event.)

As for Kyle, he went on to make a name for himself as one of the most talented riders in the world, entering the very first Red Bull Rampage in the fall of 2001 at the age of 14. He later went on to win Rampage twice,  and he also proved himself to be one of the best dual slalom riders on the planet by winning that event at the Sea Otter Classic, as well as a highly talented downhill racer.

On the day pictured above, though, Kyle was just acting like a kid, posing for a photo with his giant teddy bear, a skateboard and his 1969 Lincoln Continental.

Kyle is now married to fellow mountain biker Rachel Throop Strait, who was long one of the top XC and Enduro mountain bike racers in the United States. Kyle and Rachel recently had their first baby together: Stevie Everly Strait, born February 20th this year.

As we were writing this, Kyle was working on his bikes while his baby daughter was keeping him company.