Check out our cover from June 2000. That’s Santa Cruz team manager Kathy Sessler in the action shot and in the middle of the group shot, too.

Former MBA test rider Roman Roth wrote the story and shot the photos for the Winter X Games  feature in our June 2000 issue. 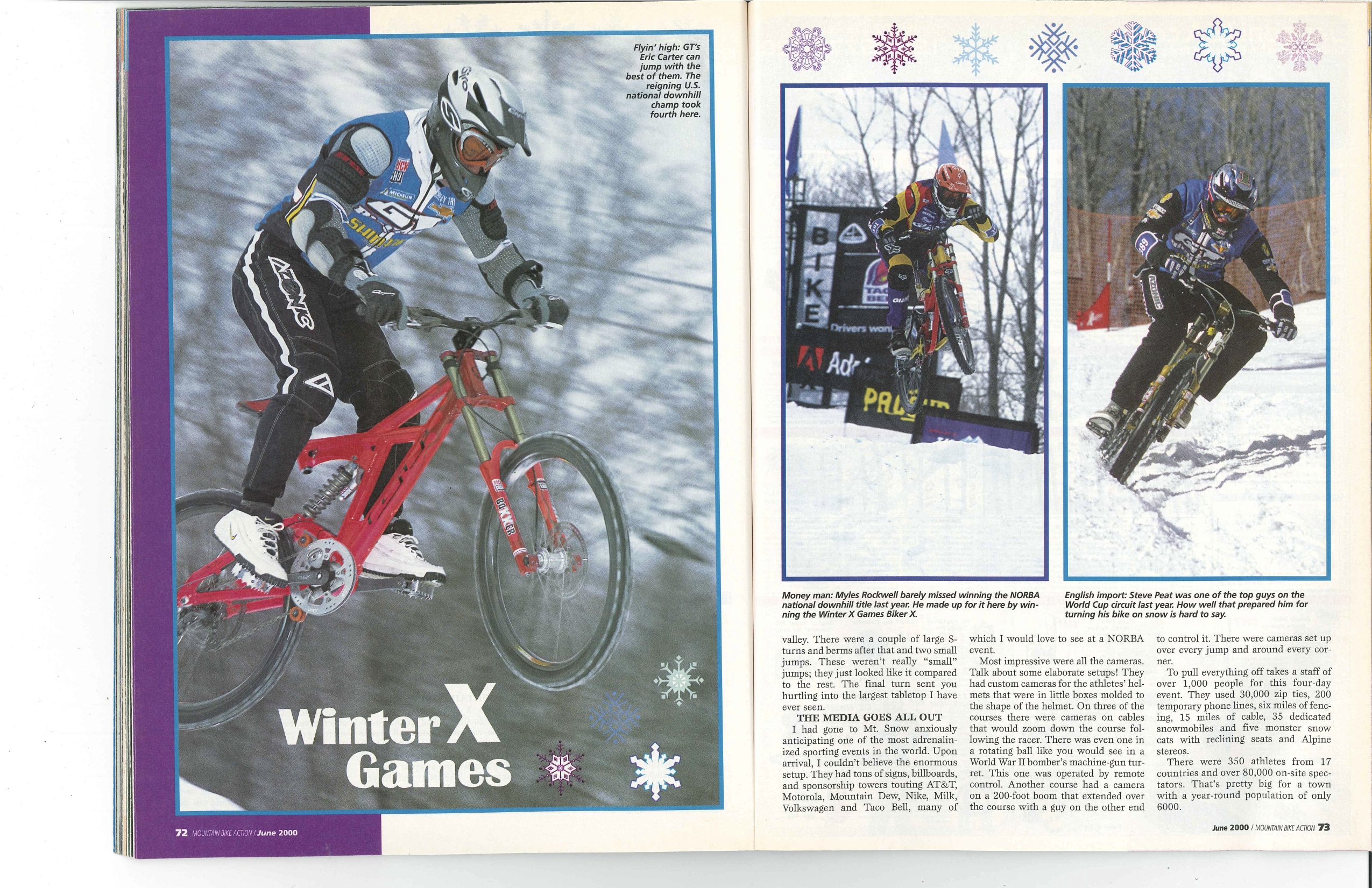 Eric Carter (left) took fourth place in the event, but it was Myles Rockwell (in the middle photo here) who scored the win in the BikerX race. There were 350 athletes from 17 countries and over 80,000 spectators who showed up for the event, which was held at Mount Snow in Vermont, a town with a year-round population of only 6000.