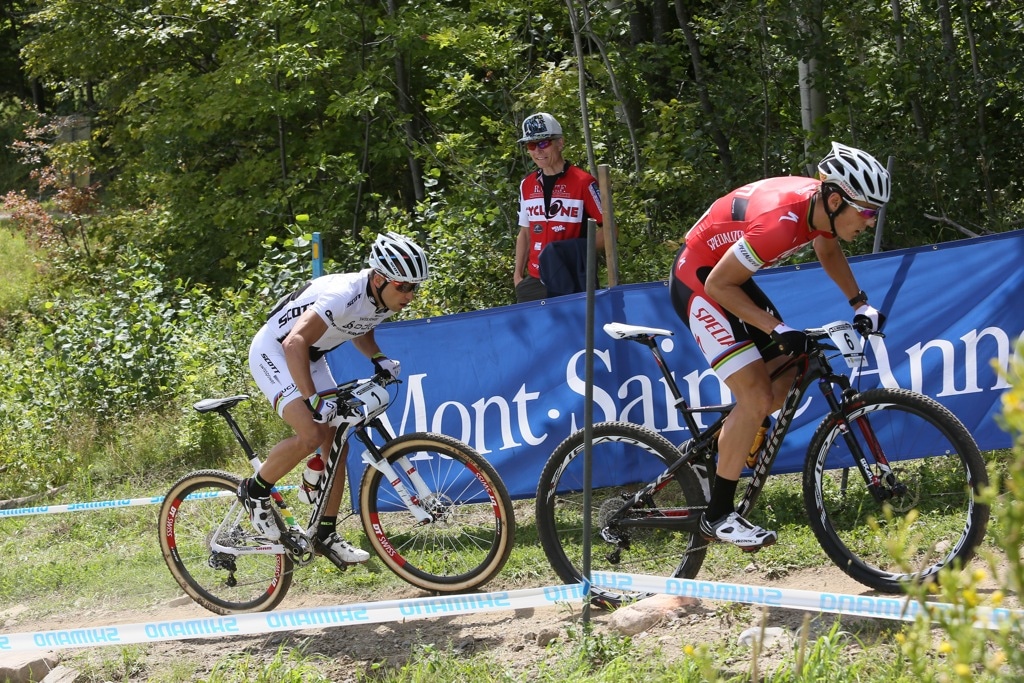 Nino Schurter (left) and Jaroslav Kulhavy (right) were battling for the advantage in the early part of the World Cup race at Mont-Sainte-Anne, Quebec, in this photo from 2013. Kulhavy was riding a 29er, and he had beaten Nino at the Olympics the year before. Nino was riding a 650b (27.5-inch) bike. Nino would switch to a 29er later and beat Kulhavy at the 2016 Olympics. Who will be the most dominant racer in 2019?  We’ll begin finding out in the weeks ahead, once the international race season gets underway again. Photo: JK/Mountain Bike Action