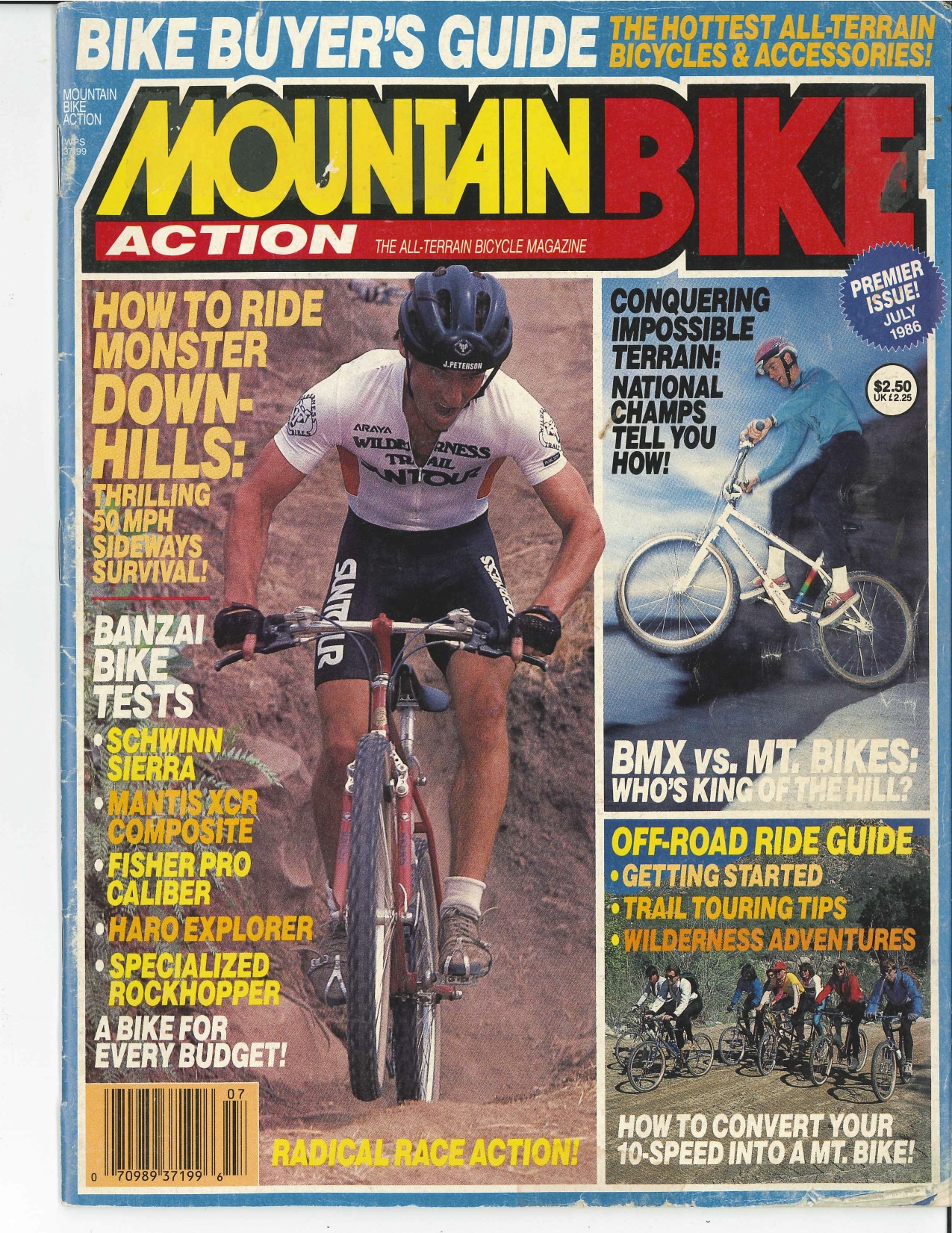 Below is the advertisement for AXO’s mountain biking shoes that appeared on page 2 of the issue, also known as “the inside front cover.” The page on the right (page 3), shows the Table of Contents for our first issue of MBA. 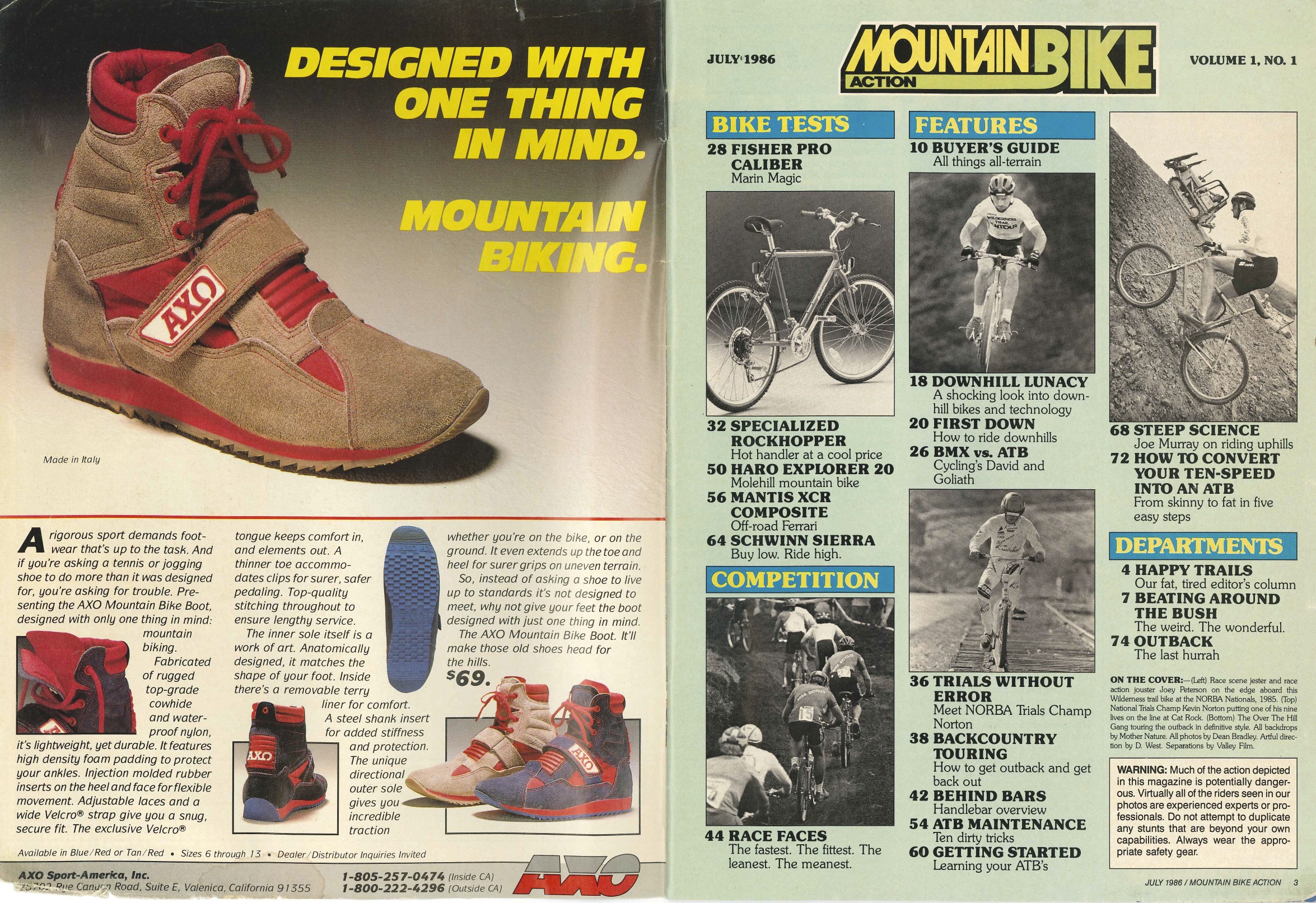 Below is the spread with the “Happy Trails” editorial on trail access that was written by Dean Bradley, the editor of MBA’s first issue. 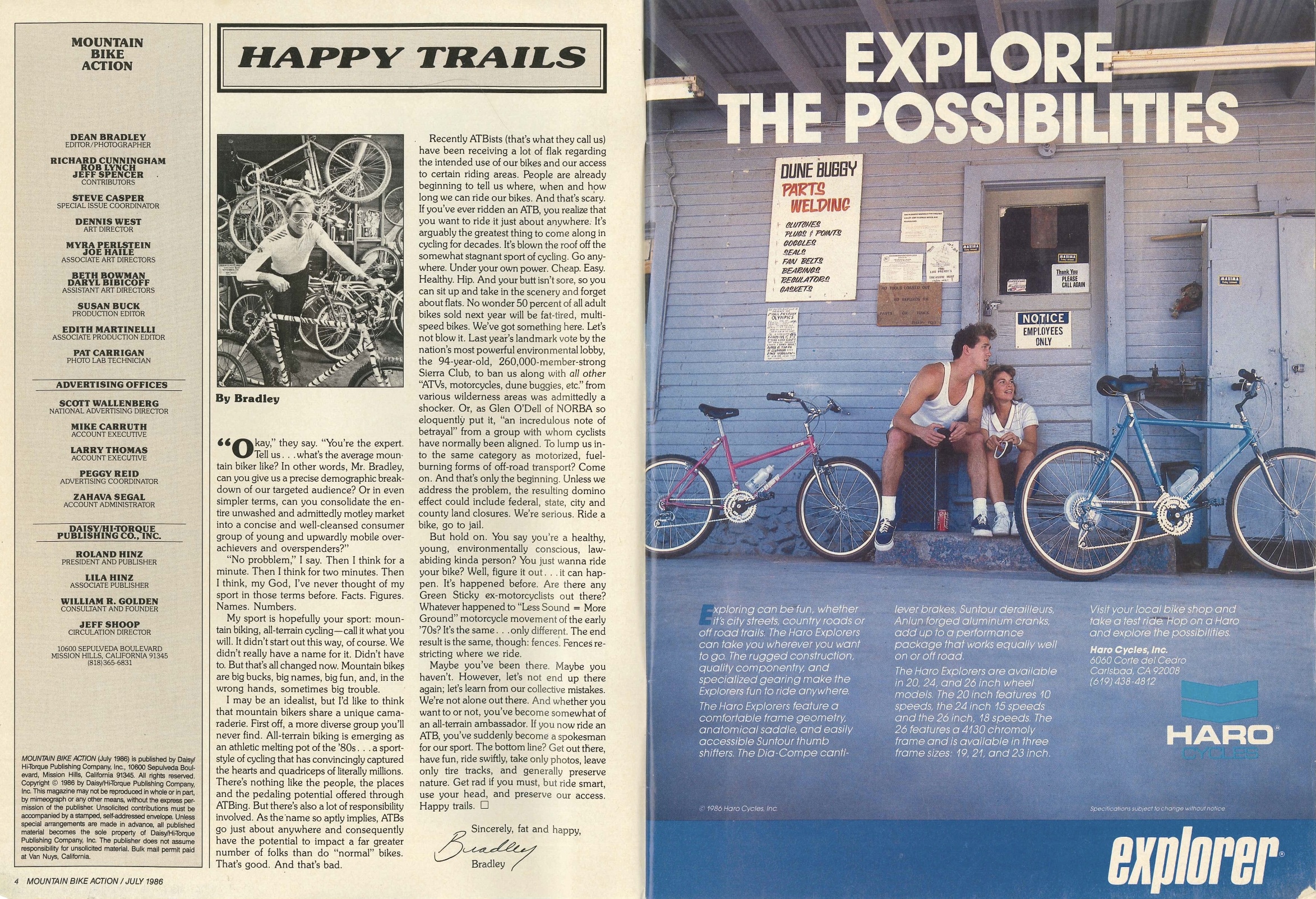 By the way, that’s Bob Haro, the founder of Haro Bicycles, on the right hand page in the ad for the Haro Explorer. 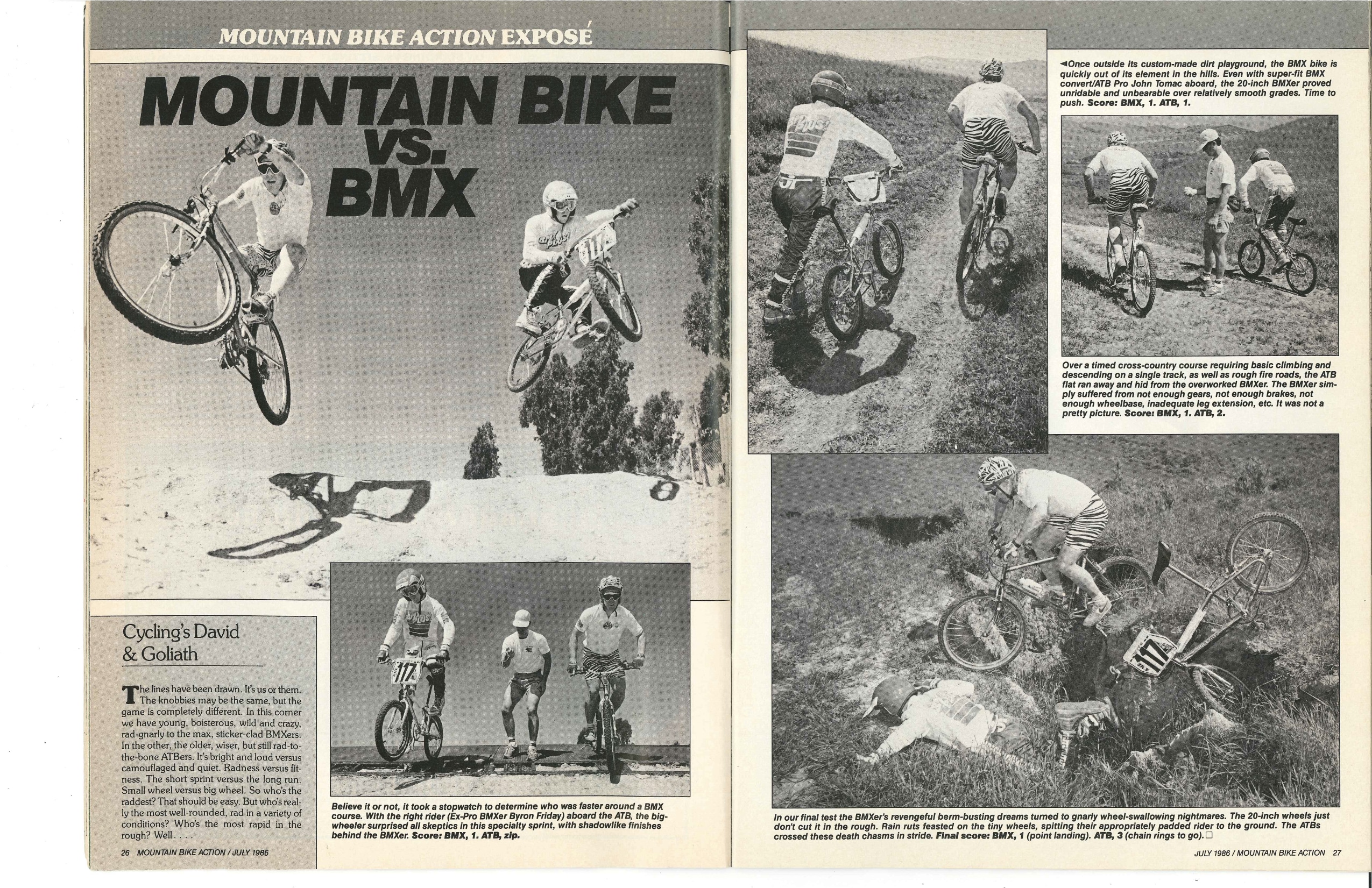 Above is a feature that Dean did where he pitted a BMX bike racer (John Tomac)  against a mountain bike rider (Byron Friday). It’s a great example of Dean Bradley’s ability to create fun articles with memorable riders, great writing, and top-notch photos. Of course, it wasn’t long before John Tomac became the top rider in mountain biking, and not too many years later that he and his wife Kathy would become the parents of a little boy named Eli, a kid who has grown up to be even more famous than his dad in the last few years.

Through The Lens Of Mountain Bike Photographer Anthony Smith