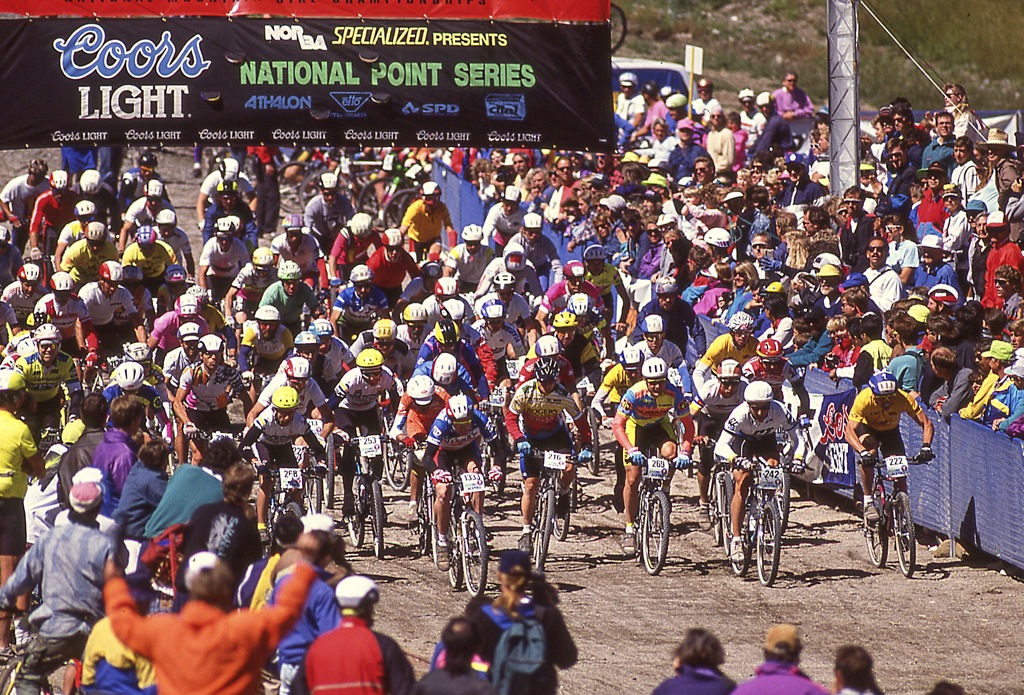 Mountain bike races were drawing big crowds in 1990, as you can see from this race, which was part of the NORBA National Point Series. (Photo by Chris Hultner/Mountain Bike Action) 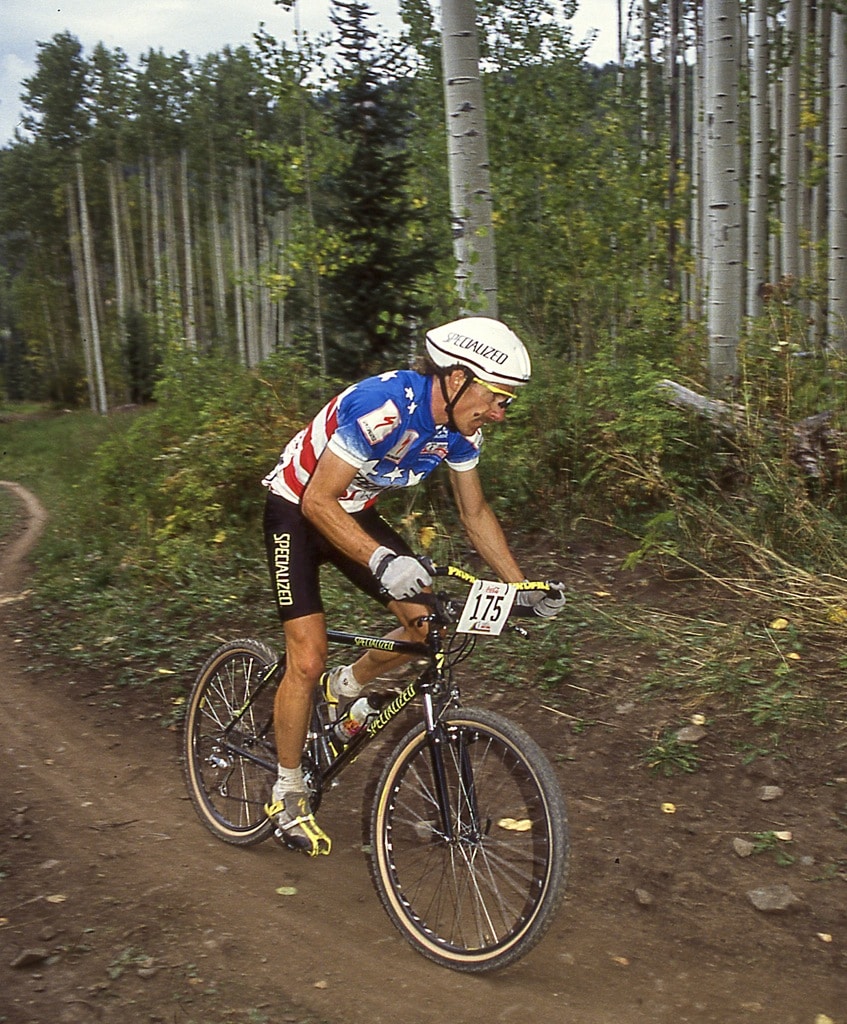 Ned Overend, on his way to winning the first UCI Elite Men’s Cross-Country World Championship, which was held in Durango, Colorado. 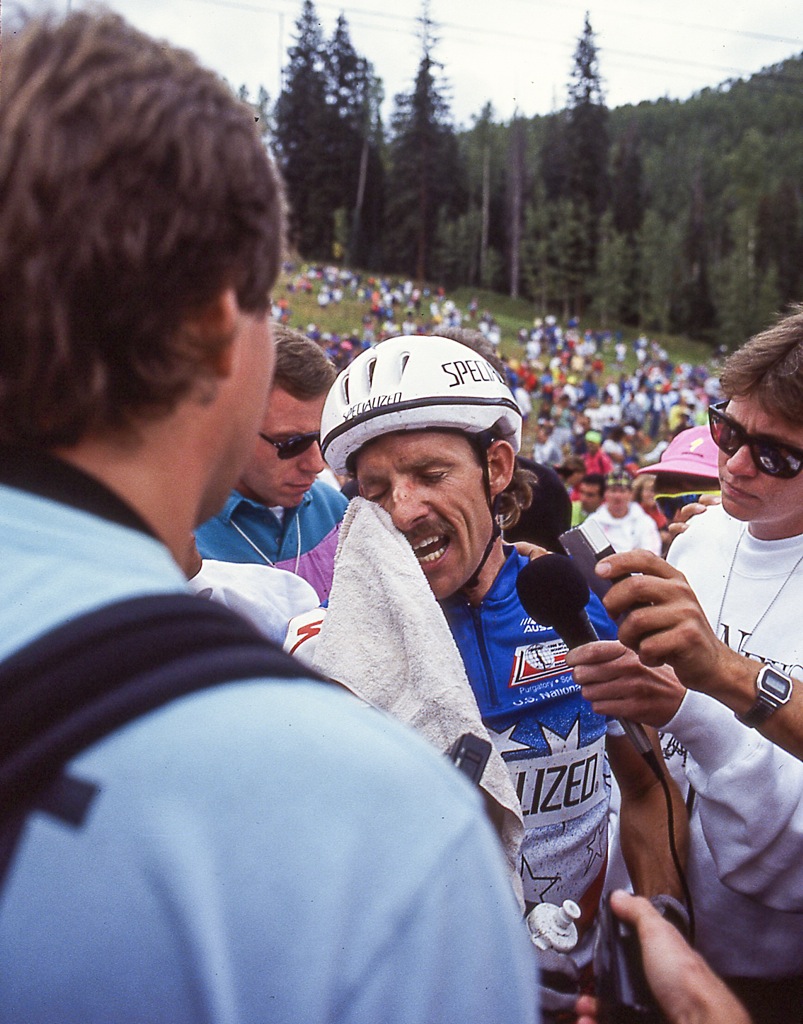 It was clear that Ned had put in an incredibly hard effort to win the first UCI World Championship. 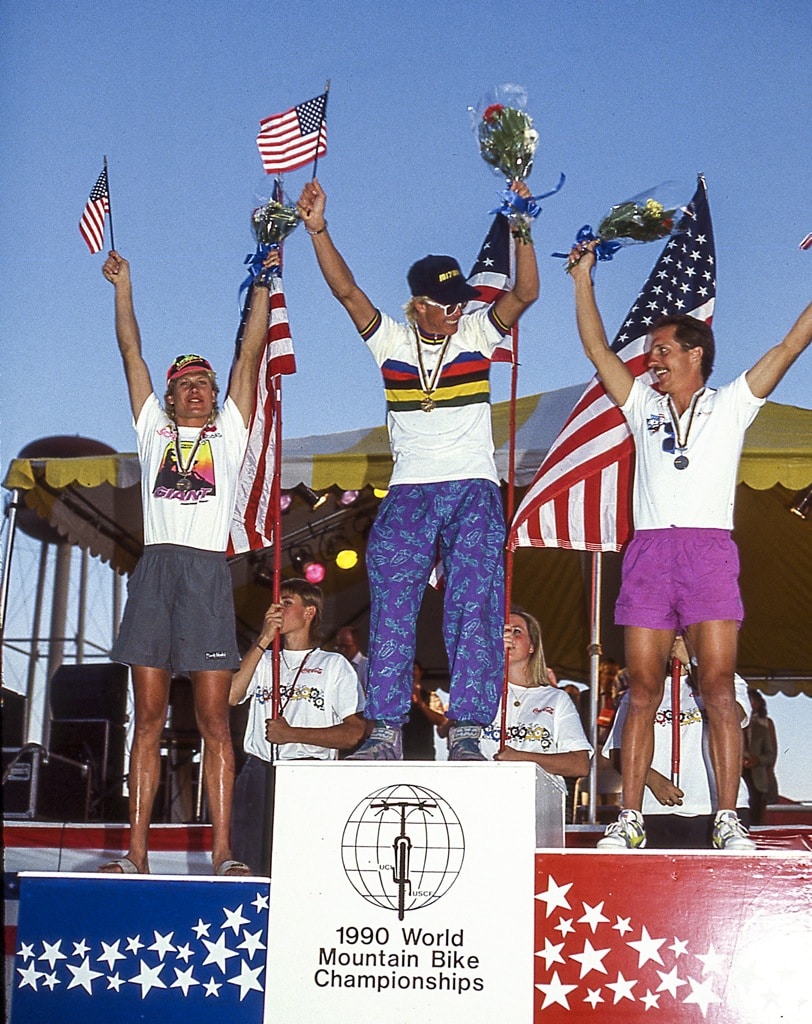 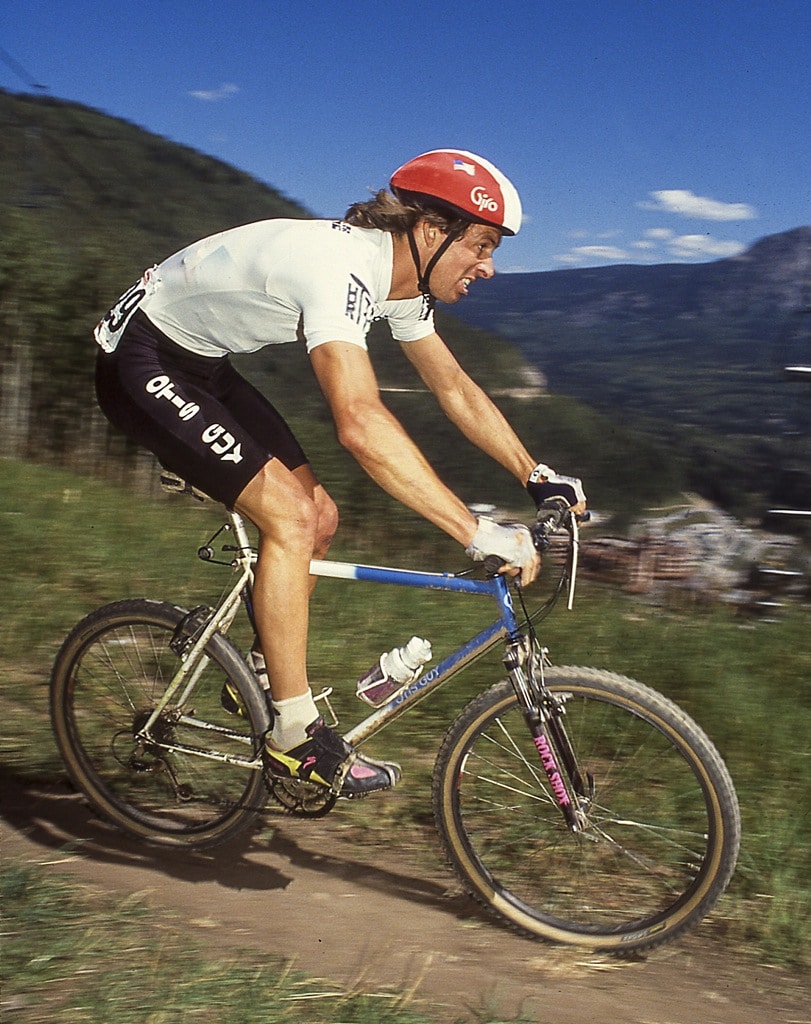 Famed framebuilder Otis Guy rode one of his own bikes while racing at Durango in the 1990 Worlds. 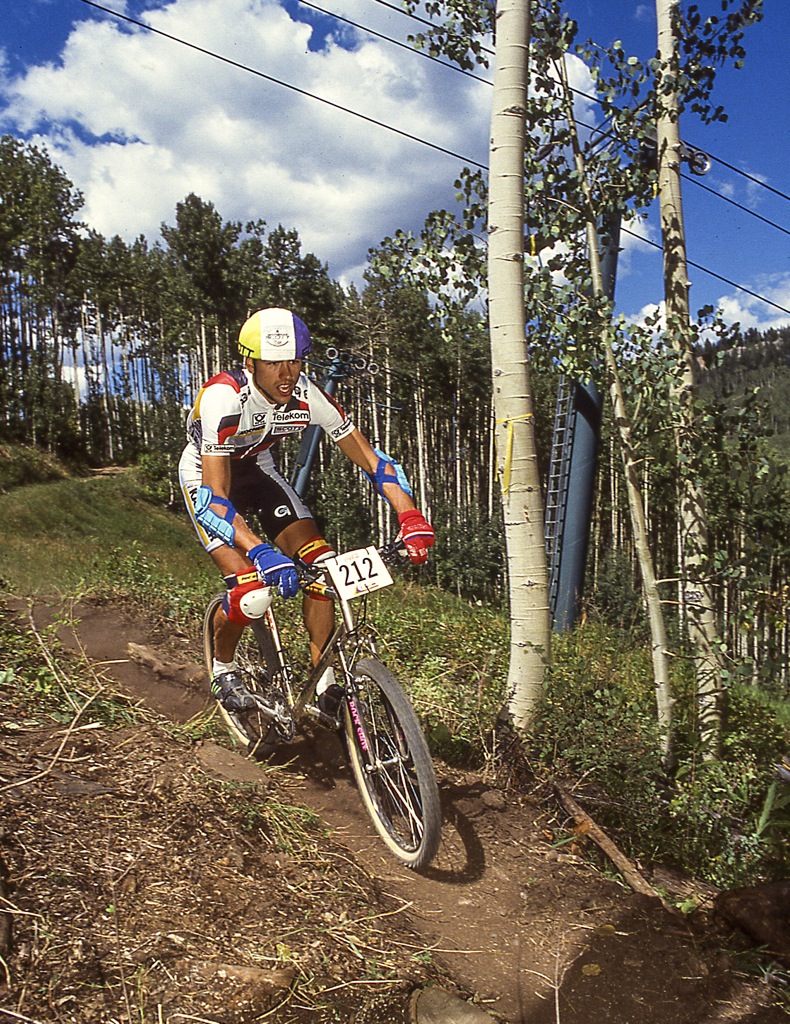 This rider was ready to do battle with the aspen trees lining the Durango course. Check out those gloves and elbow pads!