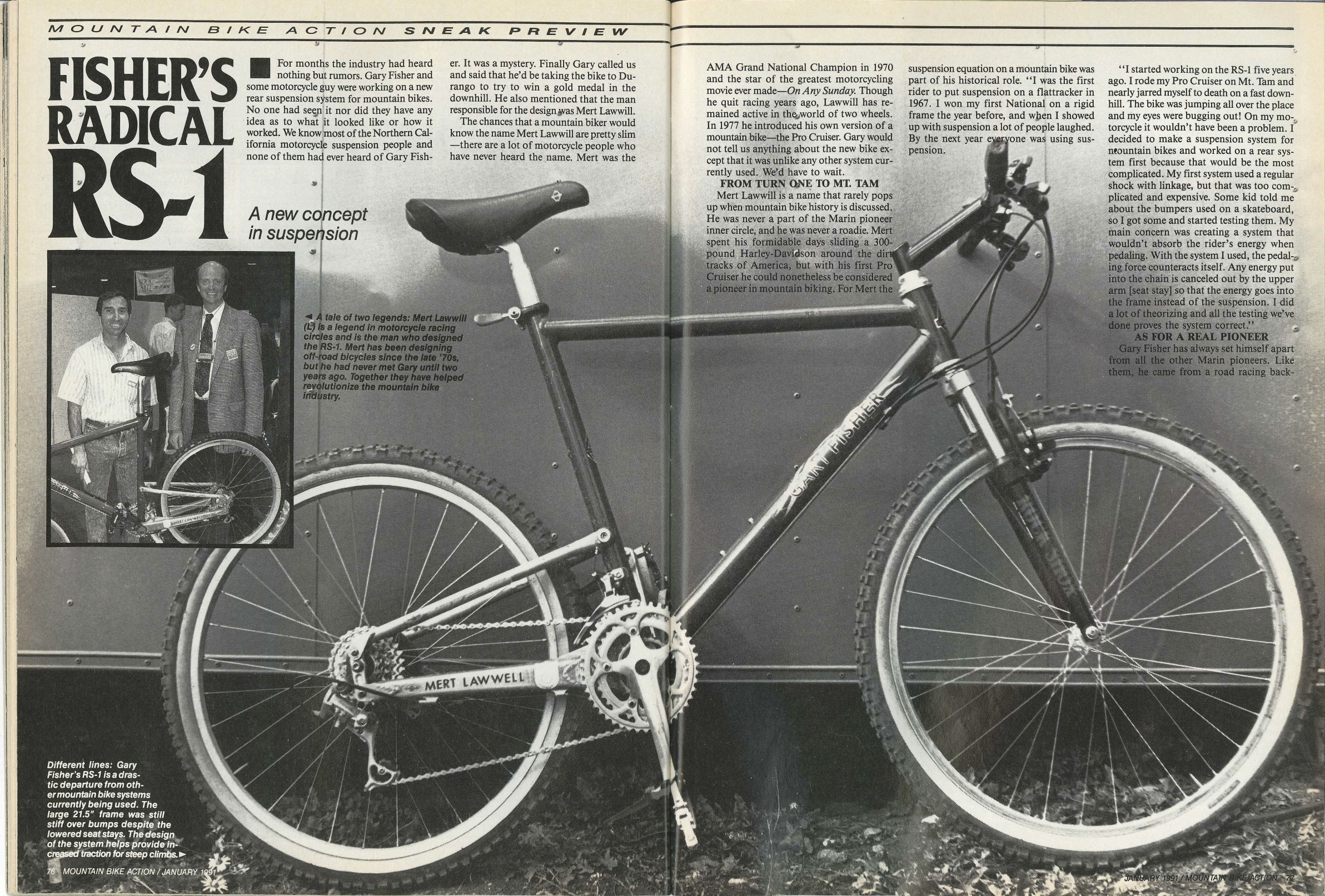 Mountain bike pioneer Gary Fisher and motorcycle legend Mert Lawwill teamed up to produce this “radical”  Fisher RS-1 suspension bike in 1990. This story appeared in MBA’s  January 1991 issue. Mert used his experience designing motorcycle suspension systems to come up with the suspension design after riding his Pro Cruiser mountain bike down Mt. Tam in Marin County five year earlier and being brutally jarred by the bumps the whole way down. “The bike was jumping all over the place and my eyes were bugging out!” he told MBA. That was the day he decided that his mountain bike needed rear suspension, and he began working on the idea shortly after that ride. It took him five years of research and development to get his suspension ideas to the point shown above. The Rock Shox suspension fork, which appears on the front of the RS-1 bike,  was just entering the market in 1990, when this picture was taken.  By the way, if you look closely, you can see that Mert Lawwill’s last name is actually misspelled as “LAWWELL” on the chainstays. We probably don’t need to tell you that suspension bikes don’t look like this today.

Of course, not everyone was in favor of suspension in 1990. Below you can see one of the alternatives. 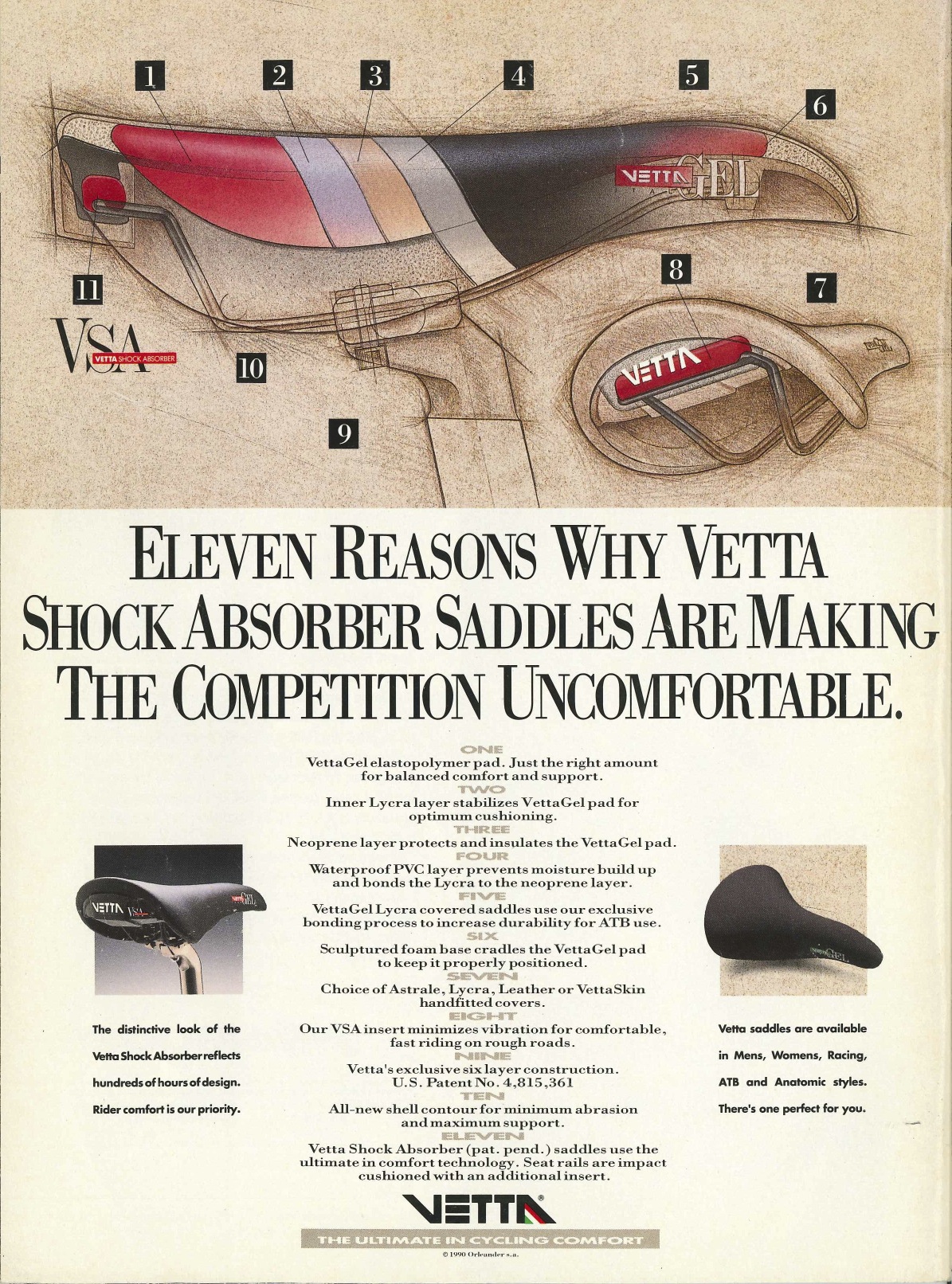 For those who weren’t yet in favor of adding suspension to mountain bike frames, Vetta was offering the option on their saddles. We’re not sure how many suspension saddles sold in the next few years, but we know how well suspension mountain bikes have caught on in the last 30 years.