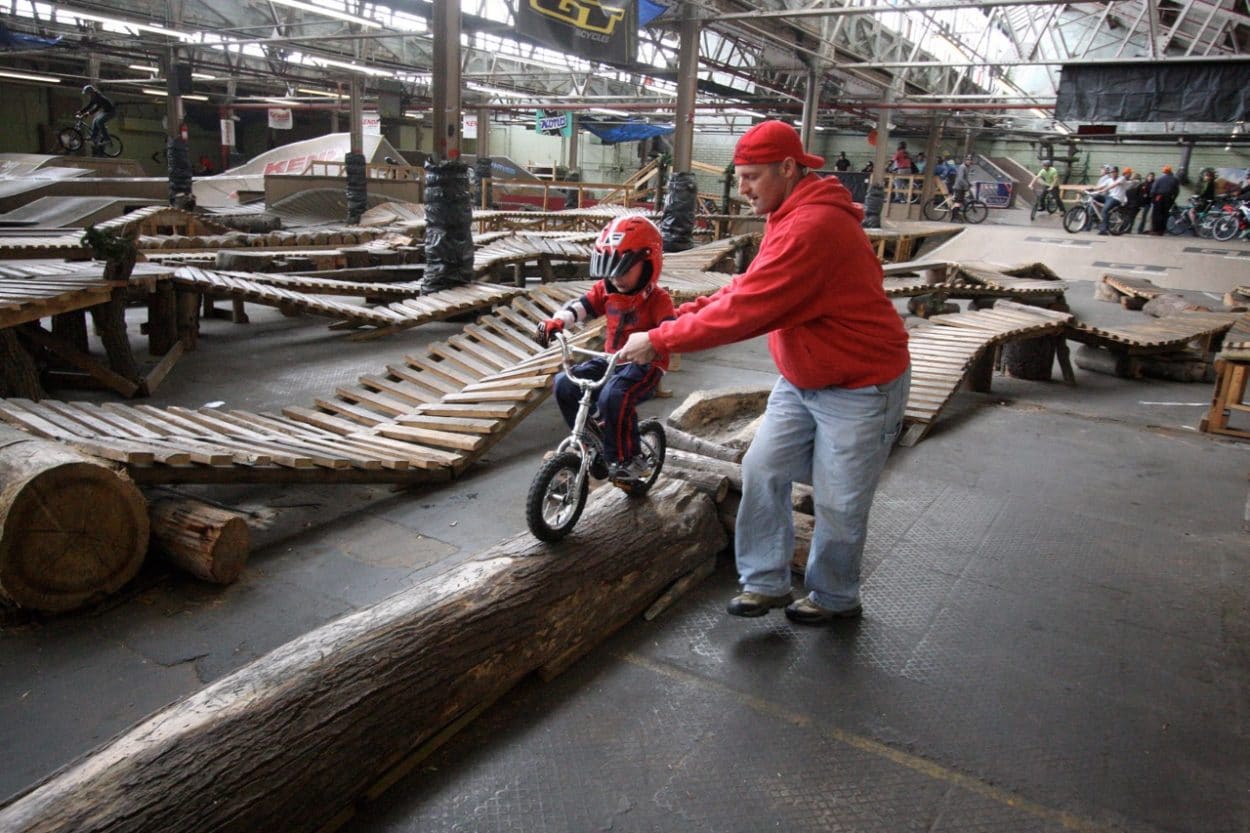 We shot this photo of a dad teaching his son riding skills at Ray’s MTB (https://raysmtb.com/)in Cleveland, Ohio, in January 2009. The indoor mountain bike park was the creation of Ray Petro, who opened the park on Thanksgiving weekend in 2004, and it’s still open today. MBA’s John Ker, who shot the photo, spent almost as much time riding mountain bikes in the park as he did shooting photos, saying later that it was one of the most fun places he’d ever ridden a bike, ranking up there among such classic mountain bike destinations as Moab, Utah; Crested Butte, Colorado;  the Alps in Northern Italy; Whistler Bike Park in Canada; and the MacKenzie River Trail of Bend, Oregon.