Classic action from 10 years ago 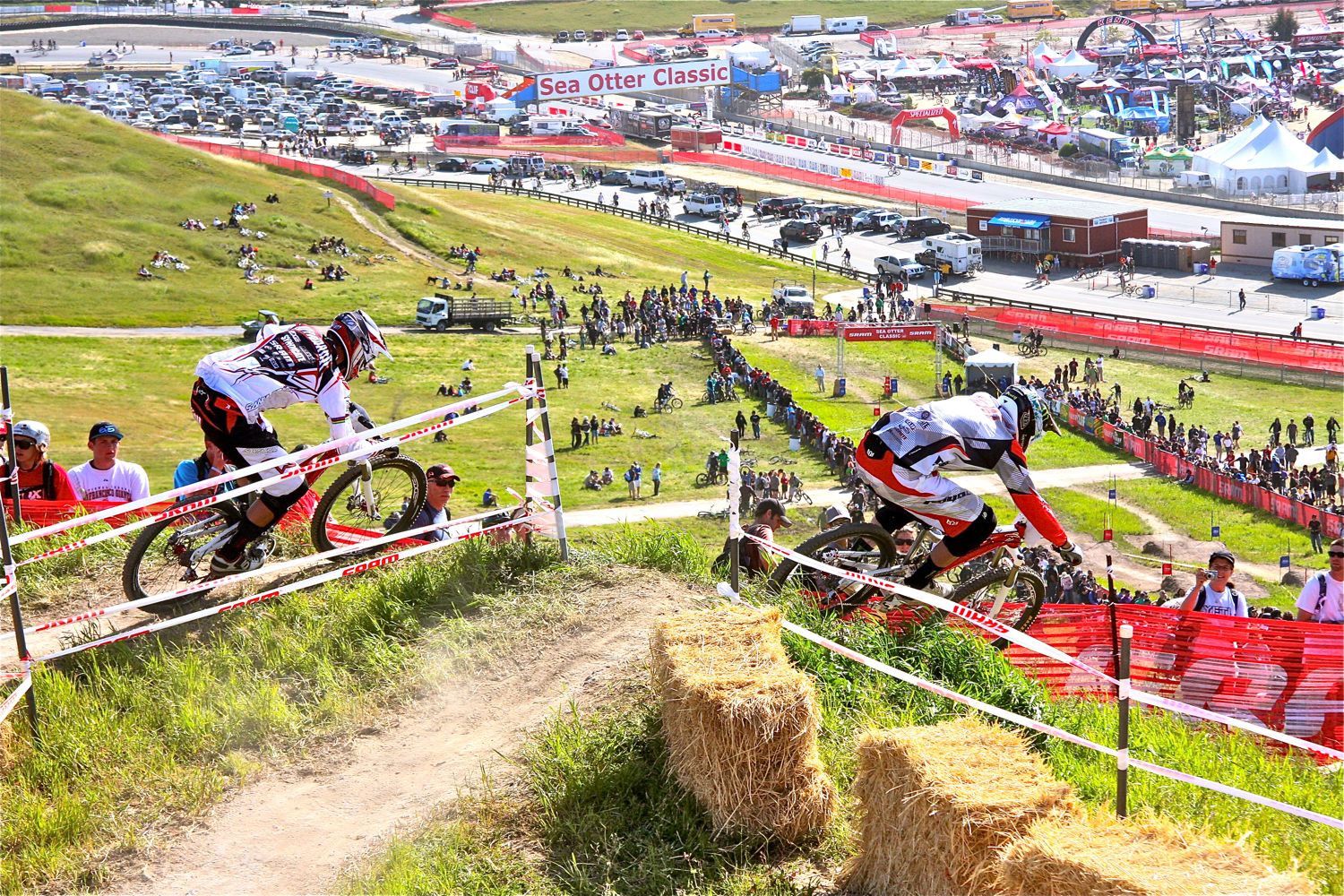 The Dual Slalom race has been the most spectacular competition at the Sea Otter Classic for years. While checking out our photos  from years past, we found this one of Greg Minnaar (left) and Steve Peat racing together  in 2010. The two riders are best known for their downhill abilities, where they were both UCI world champions and multi-time World Cup series champions. It’s widely known, however, that the top downhill riders tend to be great dual-slalom racers, too.

As it turned out, Minnaar came out on top in this matchup with Peaty,  but Greg  didn’t take the overall win this time. (Two years earlier, Minnaar and Peaty finished first and second in the Sea Otter’s 2008  Dual Slalom.) Greg ended up fifth in 2010, while Mick Hannah took the win and Aaron Gwin placed second.

Peaty came back the next day to place eighth in the Sea Otter’s 2010 Pro Men’s Downhill, while Minnaar finished farther back.  For, Steve Peat,  one of the top downhill riders in history, an eighth in the downhill may not sound like much, but it’s further proof that when the Sea Otter is happening,  and it doesn’t clash with the World Cup schedule, the California event will usually draw a wide collection of the world’s best racers.

Getting back to 2010,  the year shown here, Jared Graves won the Pro Men’s Downhill and Gwin took second. The following  year, 2011, Gwin would win five World Cup Downhill races—the most that any man has ever won in a single year, along with his first overall World Cup title.  Gwin has since wrapped up five of those titles.

Down The Trail: 10 Years Ago In MBA

The Players Stay Plugged In