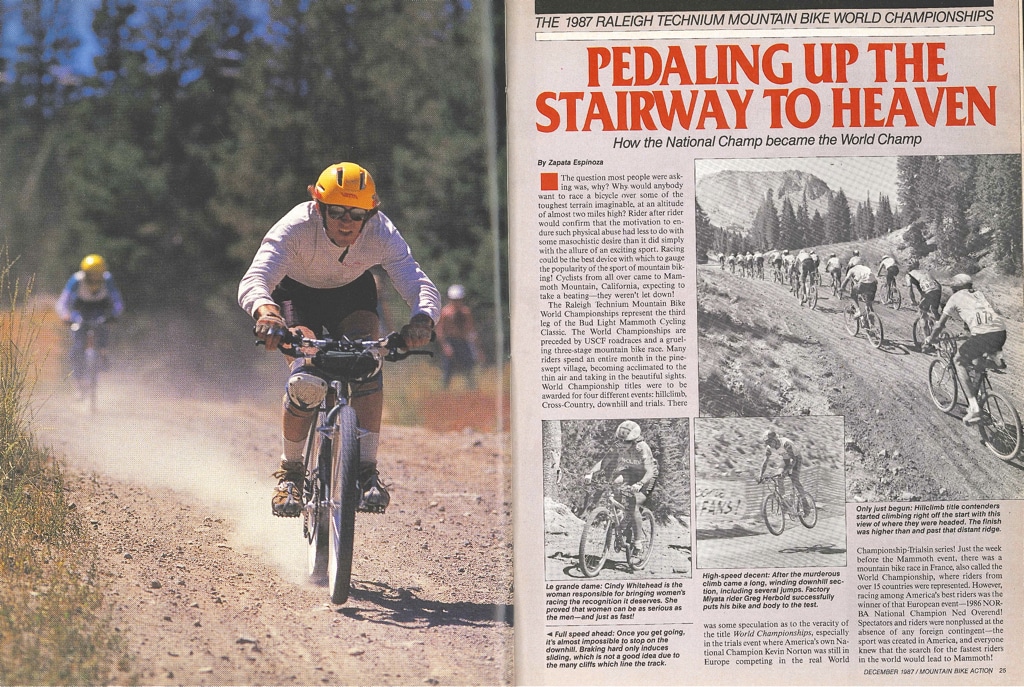 In 1987, there were two races billed as the Mountain Bike World Championships. One took place in Europe, and the next one took place at Mammoth Mountain, California, the following weekend. As it turned out, Ned Overend won both the European and American World Champion titles in the Men’s Cross-Country category that year. Ned also won the Men’s Hillclimb at Mammoth.

John Tomac, who had been winning most of the big races before Mammoth, told MBA that he felt like he peaked too early in the season that year. Tomac felt like he was at his best a month earlier, while Ned was at his strongest at Mammoth. Tomac took second in the Men’s Hillclimb and third in the Men’s Cross-Country. Unfortunately, Tomac got a flat front tire in the Men’s Downhill event at Mammoth, so he missed winning that event, too, coming in 70 seconds behind Joe Sloup. 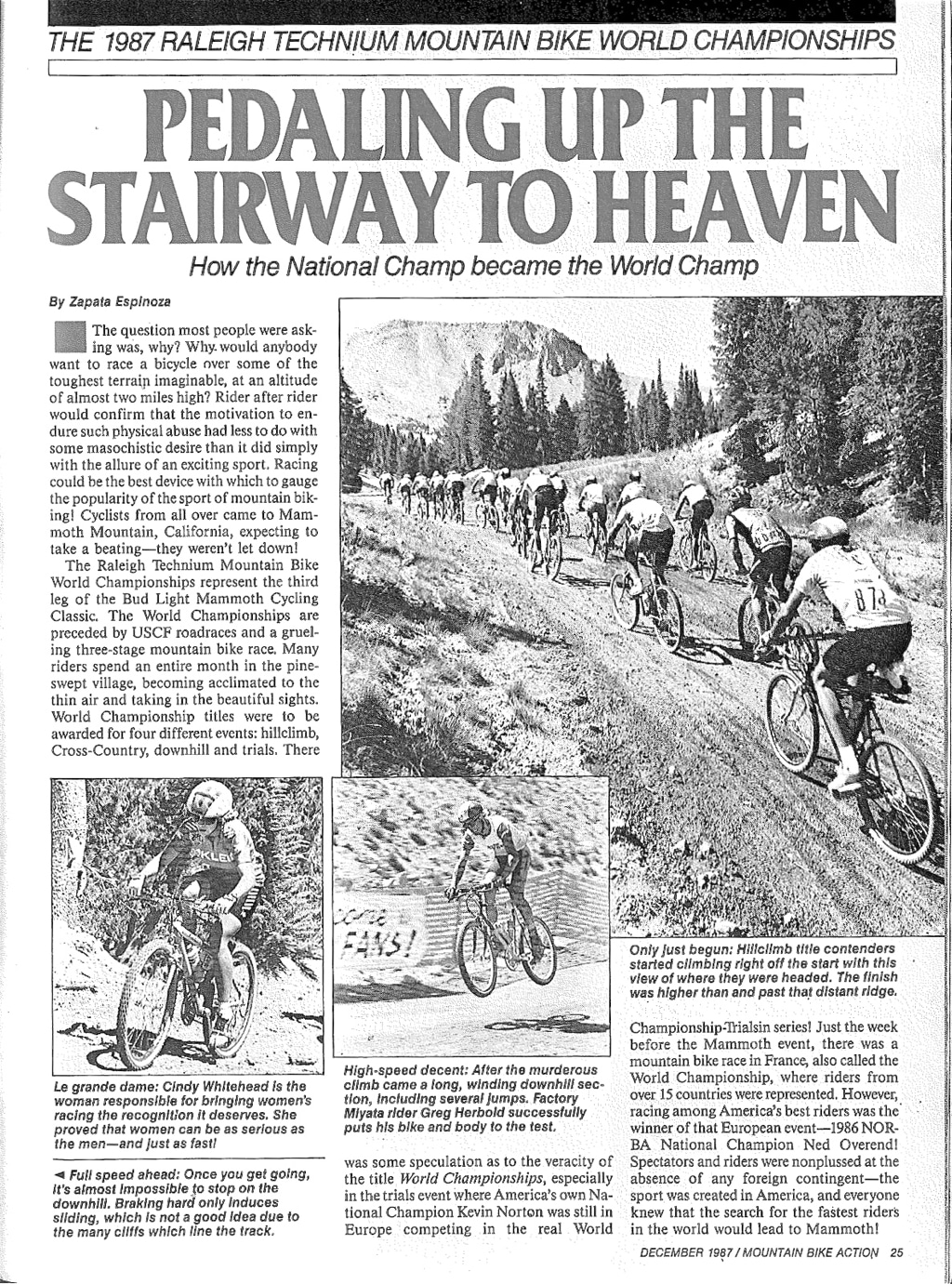 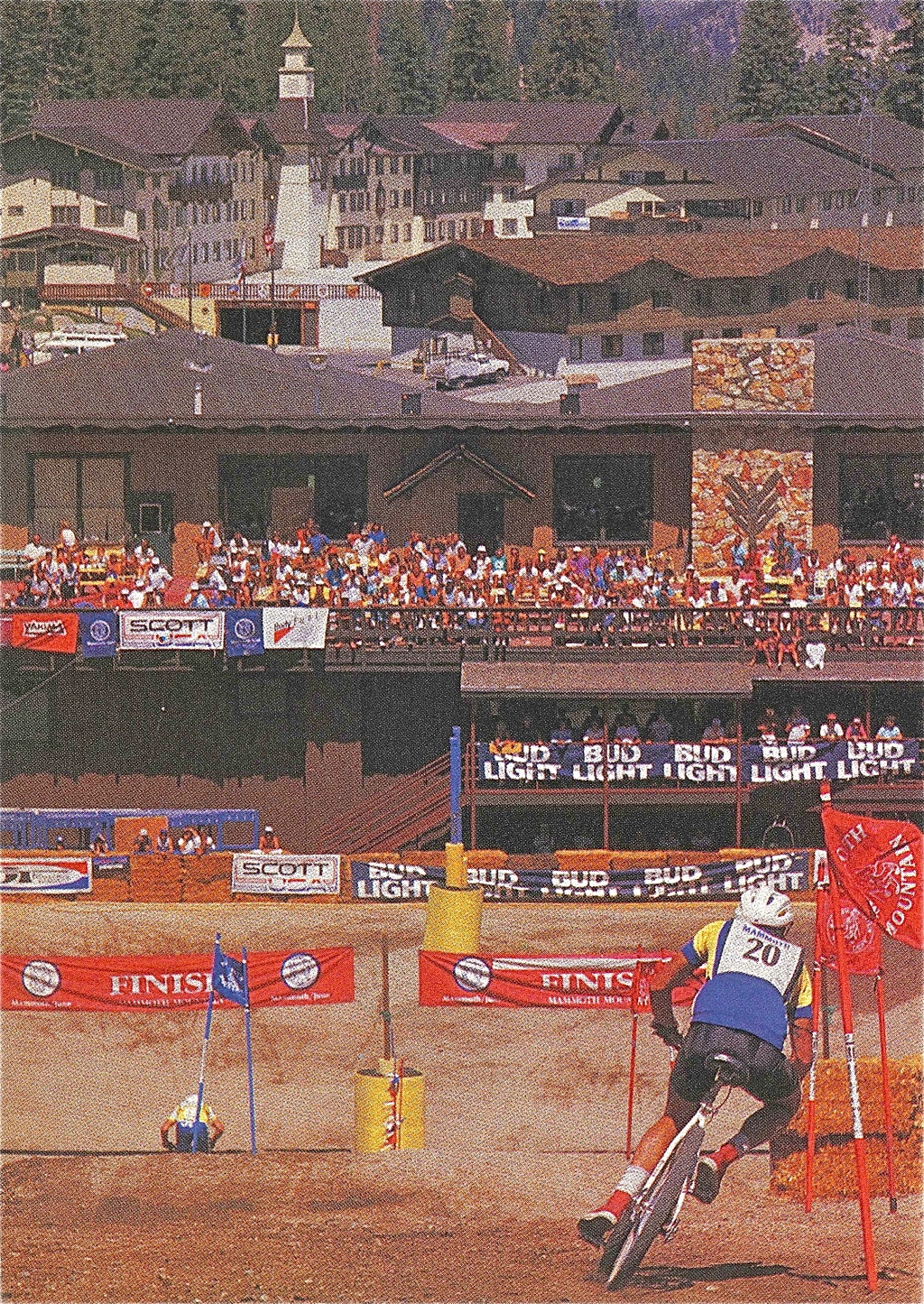 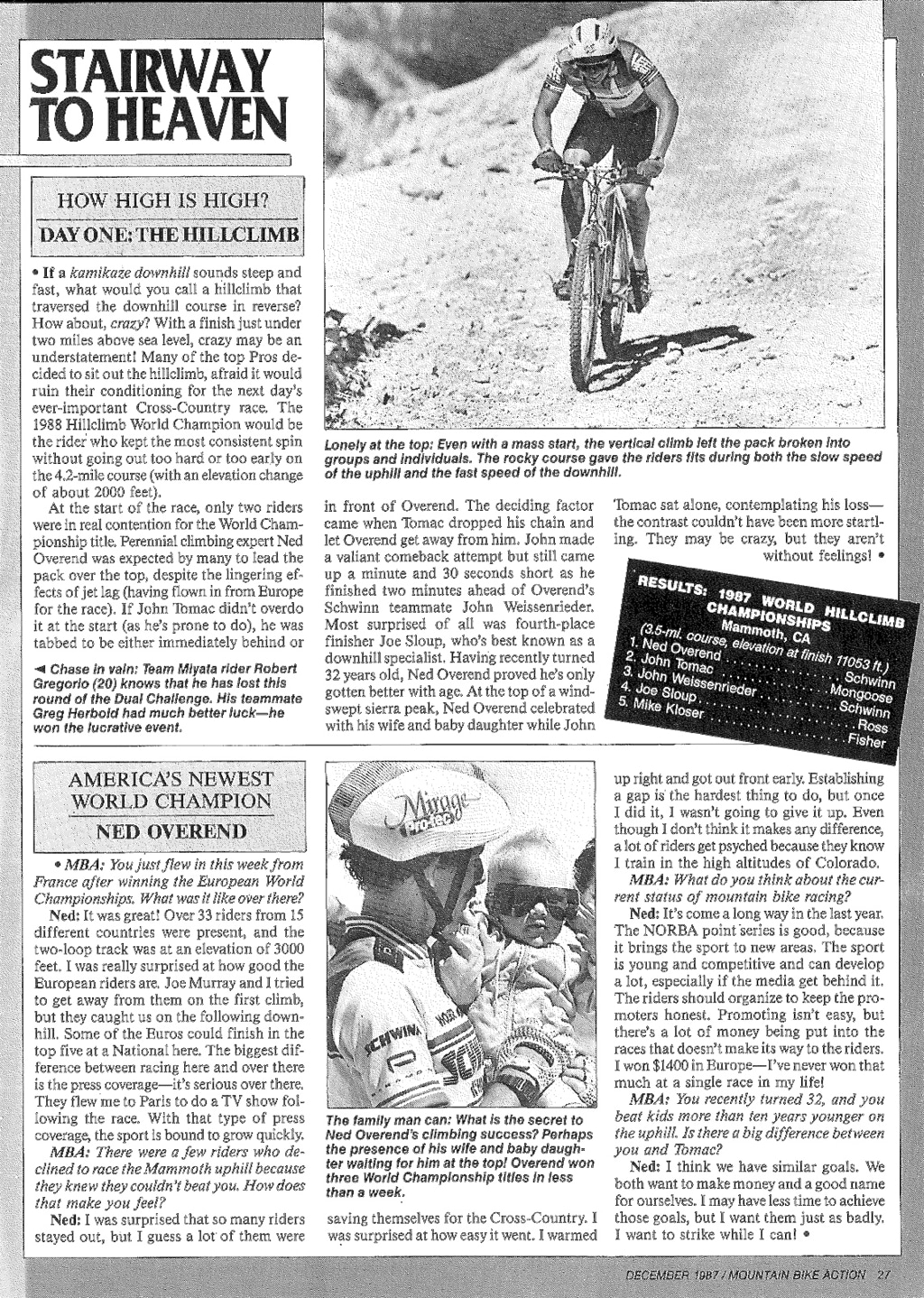 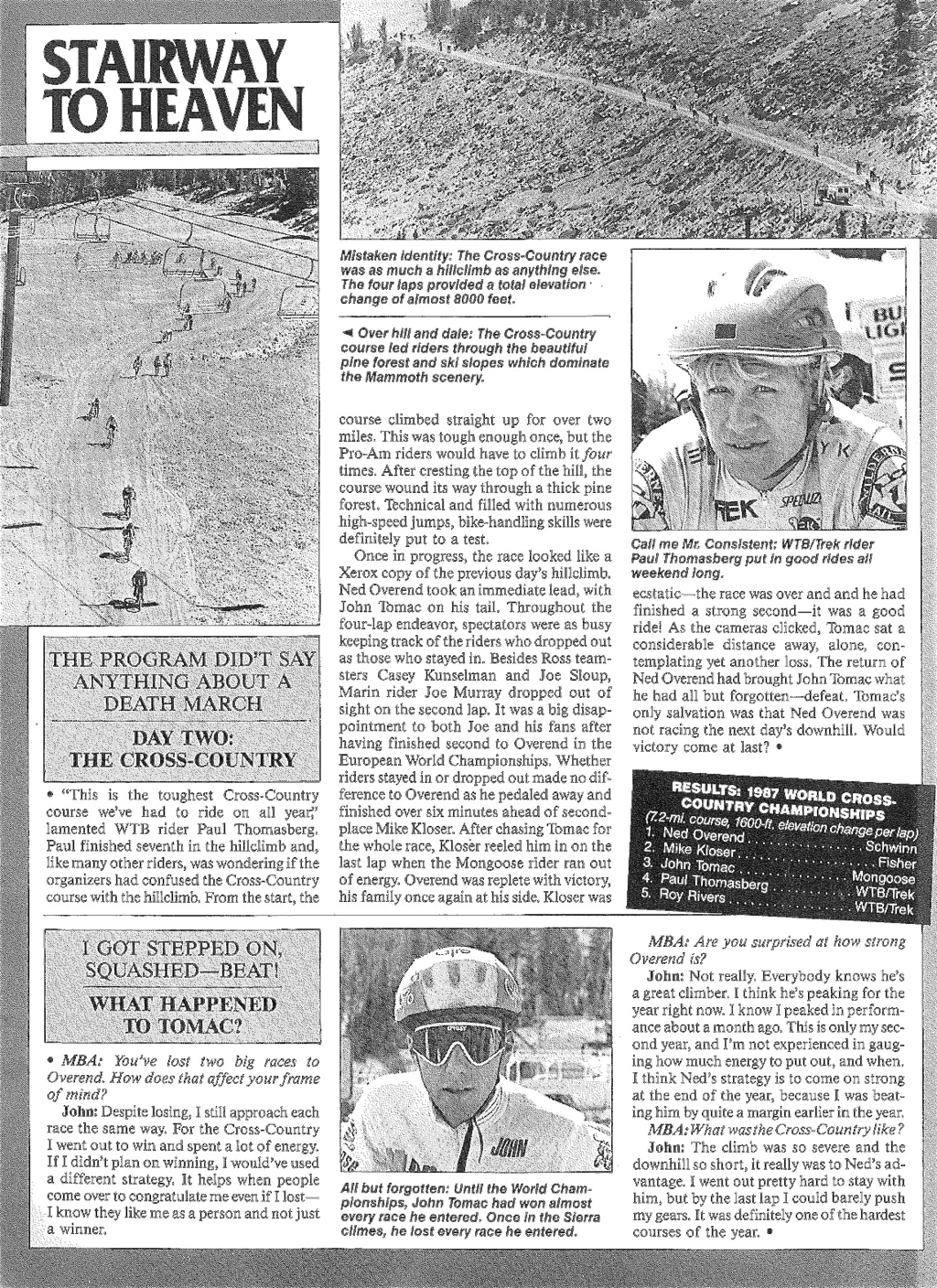 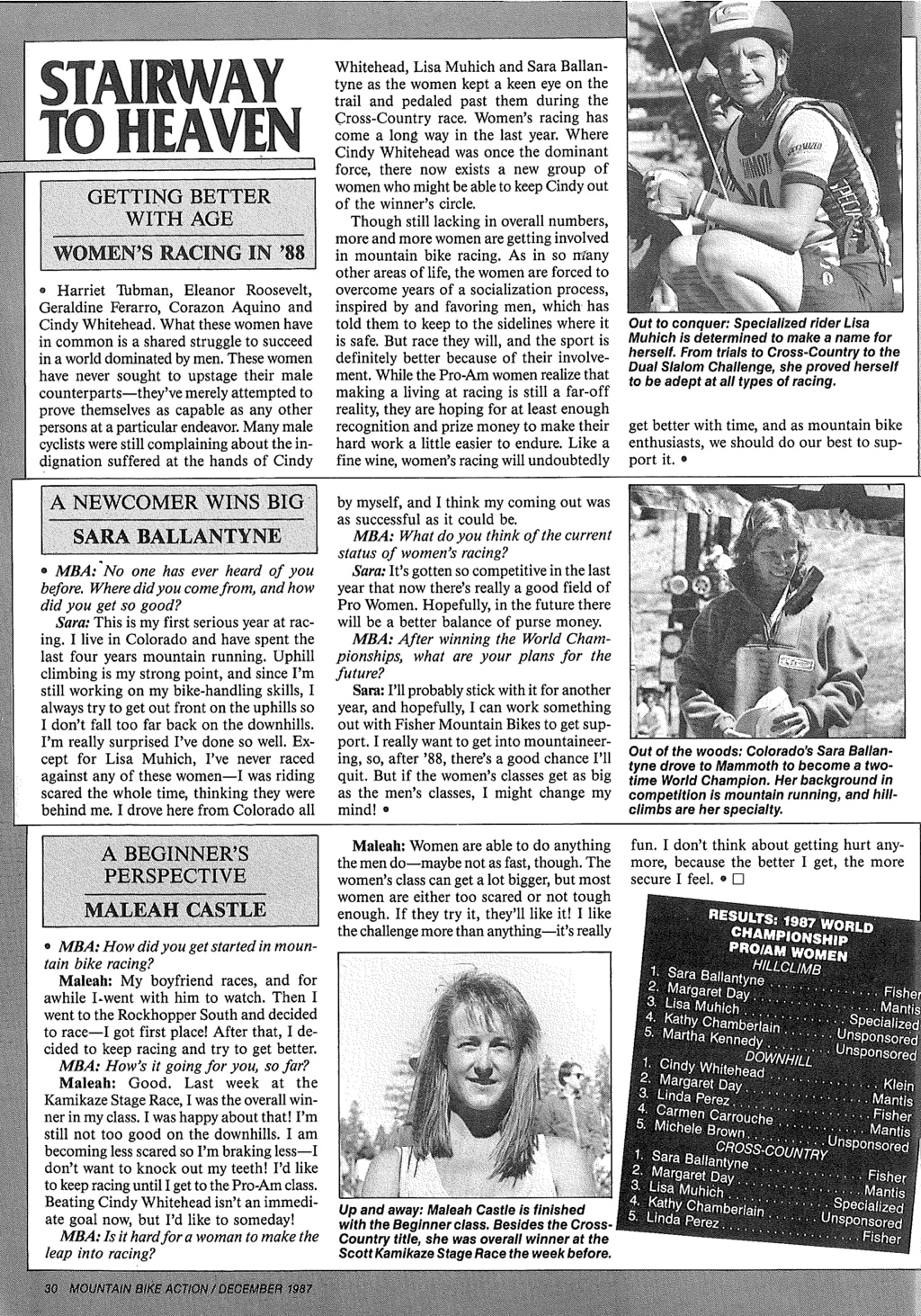