25 Years Ago: It all came down to the final race of the year, at Mammoth Mountain, California 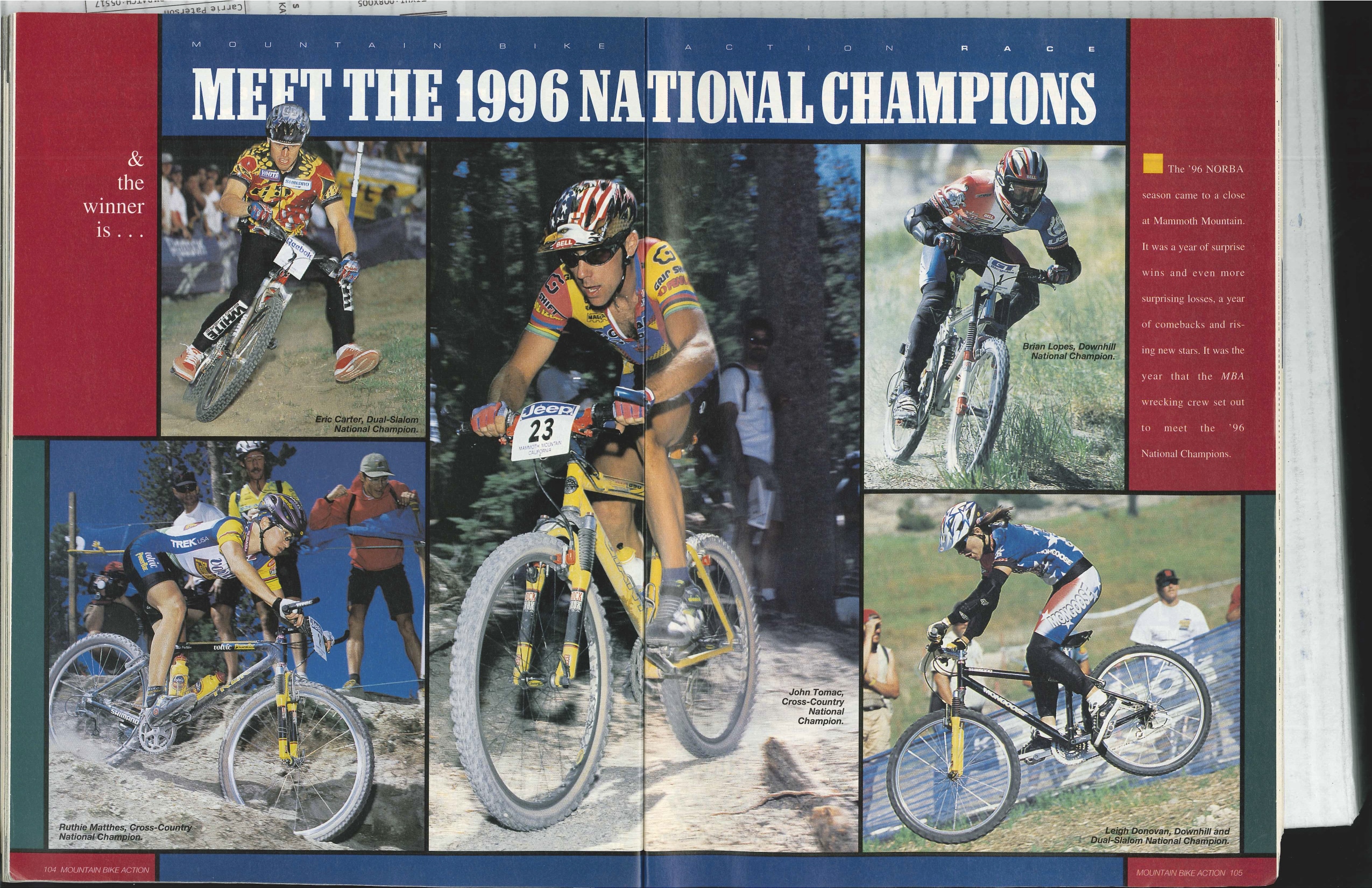 Back in 1996, John Tomac was leading the points for America’s cross-country and downhill national titles until the final event at Mammoth Mountain. Tomac ended up winning the XC title, but he ran into problems in his downhill run and missed out on his chance to take home both titles that year. After the race, Tomac revealed that he was planning on switching to only racing downhill in the coming years. Tomac  won national titles in downhill, too.

The other national champions at the end of 1996 included Eric Carter in men’s dual slalom, Ruthie Matthes in women’s cross-country, and Brian Lopes and Leigh Donovan in men’s and women’s downhill, with Leigh picking up the women’s dual slalom title, too. 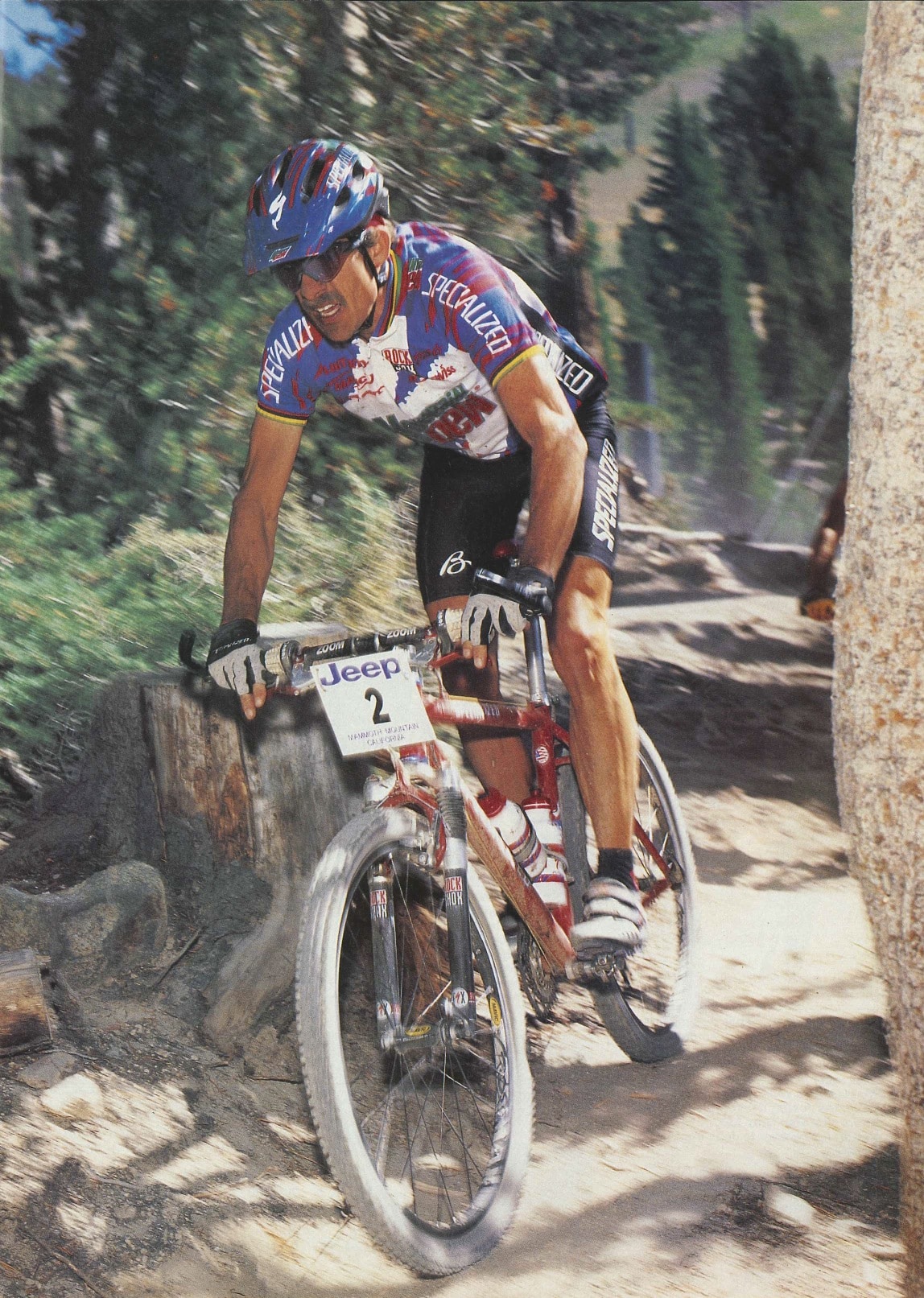 Ned Overend ended up third for the season and decided it was time for him to retire from racing for XC national titles after that year. He had already won six them of them by this point. He took up racing Xterra races soon after this and became a world champion doing that.