Throwback Thursday: The Bikes of 1989

In going through some back issues we found a buyer’s guide to the bikes of 1989. It’s easy to see how much mountain bikes have changed in the last 30 years. Notice for one thing the lack of front suspension, much less rear suspension. The first Rock Shox forks wouldn’t hit the market until later in 1989. That’s when things really began to change. 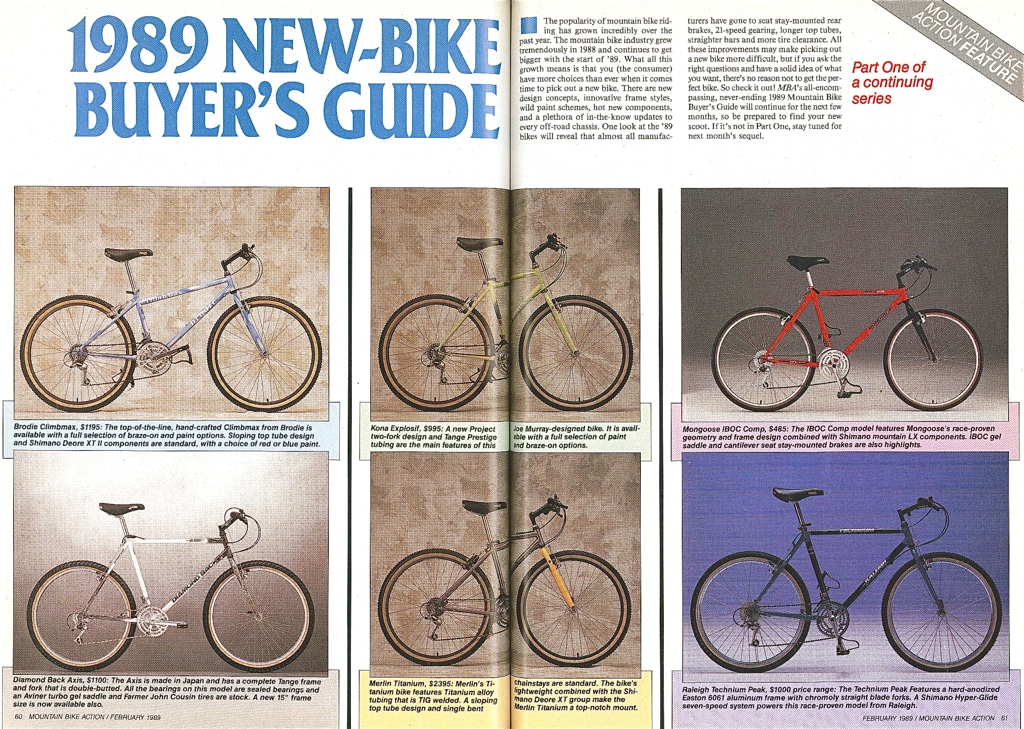 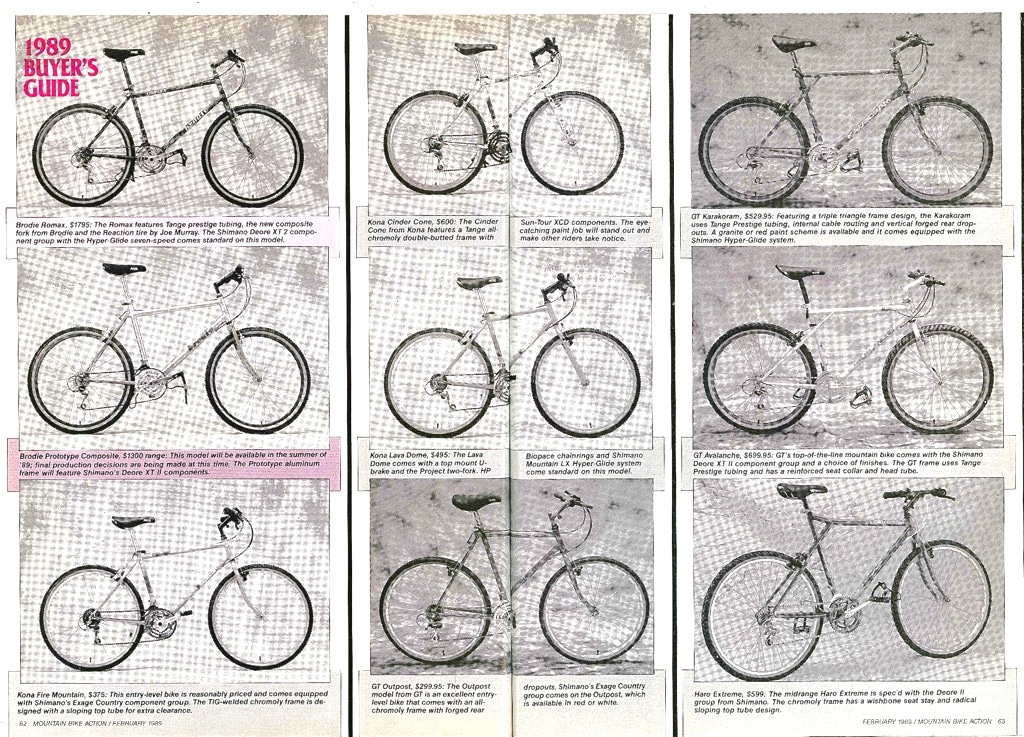 Get Your NAHBS Tickets at Early Bird Pricing