The late Blair Lombardi was an amateur national champion in mountain biking who became one of the top mountain bike coaches in the world, coaching thousands of riders—including Gary Fisher and Missy Giove—to improve their riding skills for both racing and recreational riding.

Recently, one of our readers wrote to us and asked us if we could send her a copy of the article so she could share it with her kids.  Months after this article appeared, MBA assistant editor John Ker went through two days of Lombardi’s coaching with another MBA staffer. “It was the most helpful coaching I’ve ever received in mountain biking,” John recalls. “I was a much better rider after one weekend of her training than I had ever been before. After I finished the course, I went riding with Richard Cunningham, and he was astonished at how much I had improved.  I was amazed, too, and extremely appreciative of what I had learned from Blair.  I  also applied some of her techniques to such things as driving a car, skateboarding, and surfing over the next few years. I got better at all those things as well,  using what I learned from Blair, and I still use the techniques she taught me today.”

Sadly, Blair died in 2012 after a battle with cancer. Still, her legacy lives on. 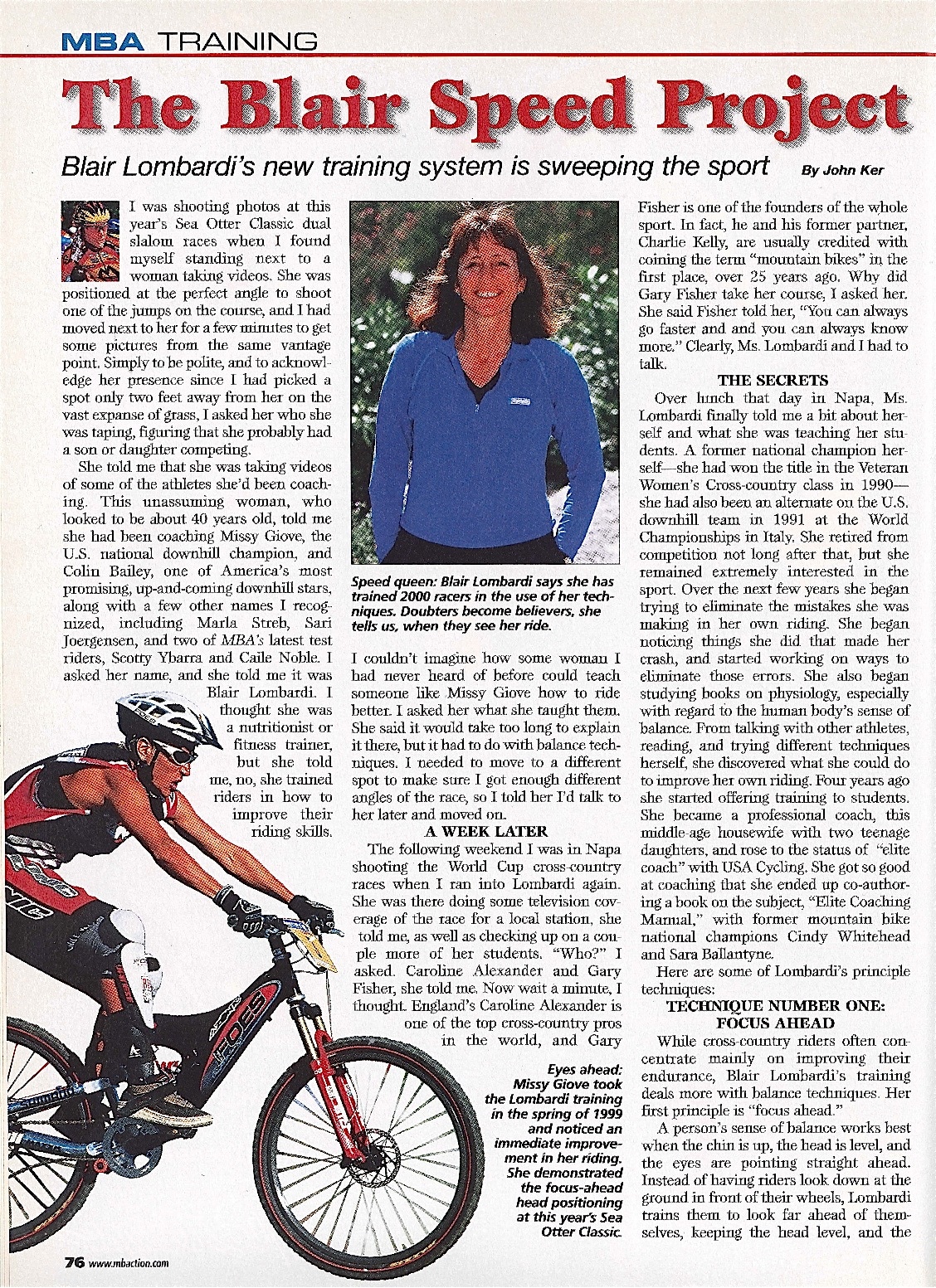 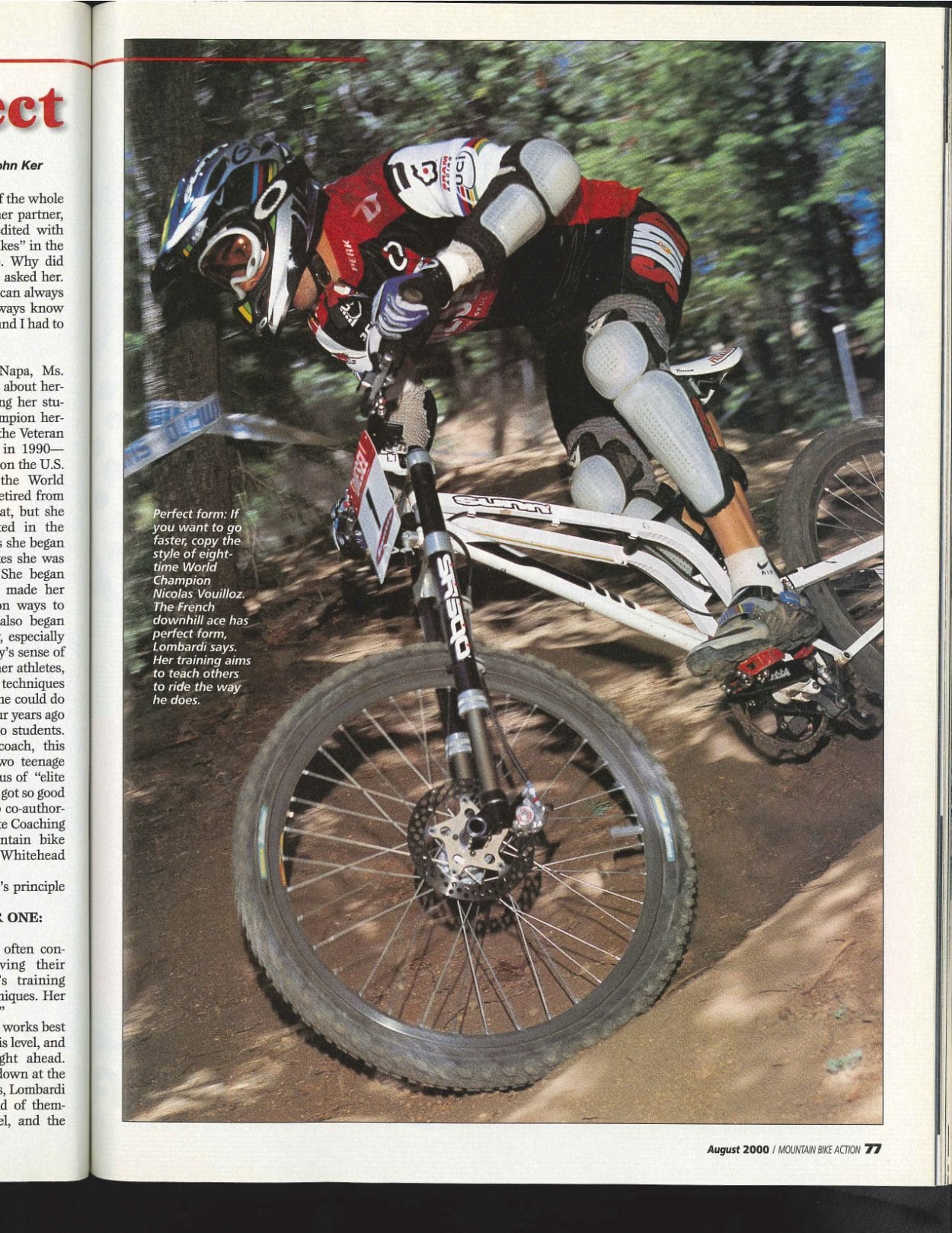 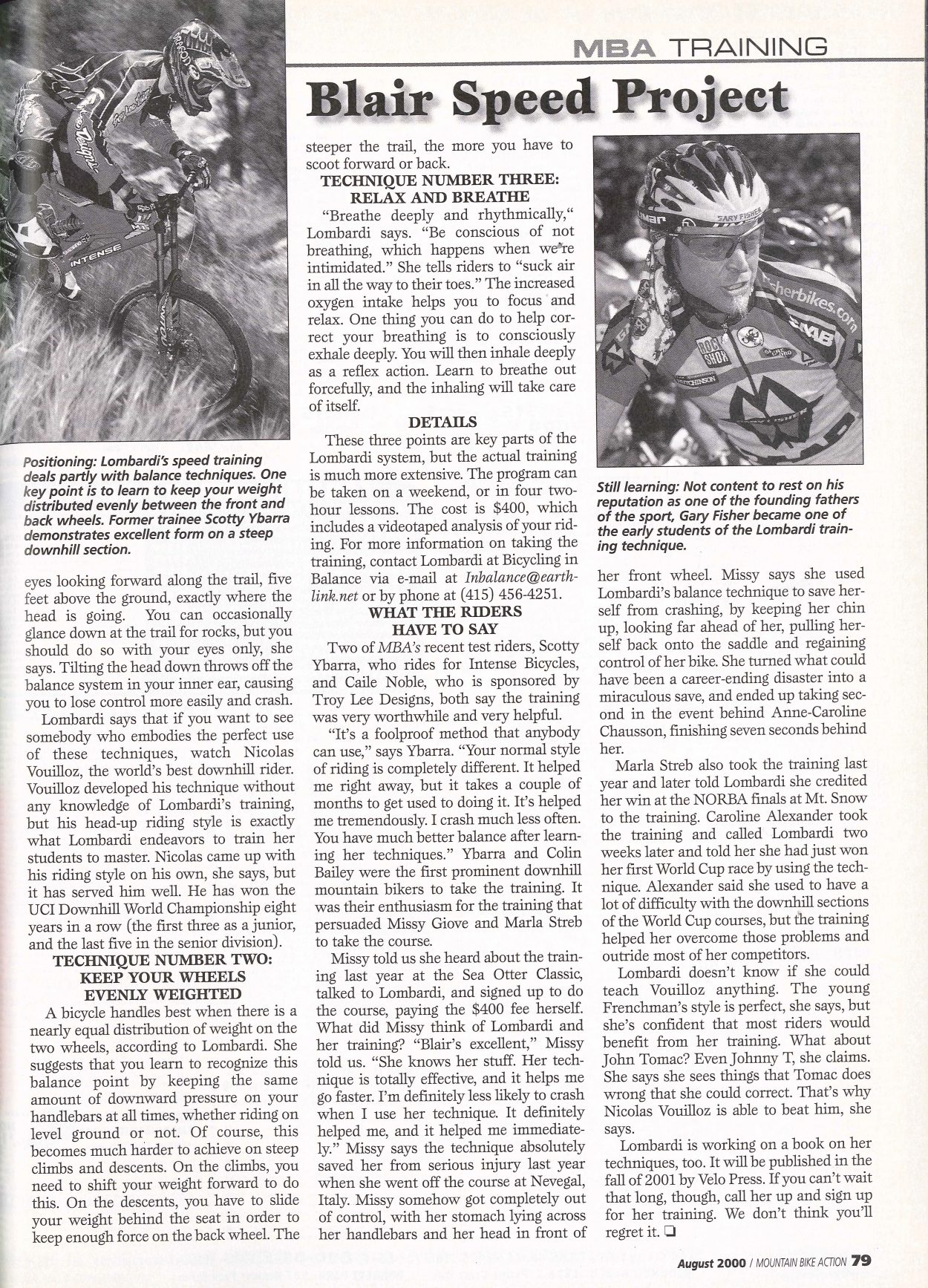