Back in the 1990s, the Cactus Cup was the first big mountain event of the year for most of North America. In fact, it was such a big event that  top racers flew in from as far away as Europe and Australia to take part in it. The racers included Olympic gold medalists, world champions, and even future Tour de France winners. We looked back on the Cactus Cap events of the 1990s in our August 2010 issue of MBA with a four-page feature. The opening spread photo of the Pro Men’s XC class at the 1997 Cactus Cup included Floyd Landis (85) who would later go on to win the Tour de France in 2006, then later be stripped of that win two years later for having committed doping violations during the race; Cadel Evans (74), who would go on to win the Tour de France in 2011 (and keep his title); Bart Brentjens (160), the very first men’s Olympic mountain bike gold medalist (1996);  and the ever-present Tinker Juarez (4) , who was a national XC champion in the 1990s and a rider who is still racing in the pro ranks today at 59. 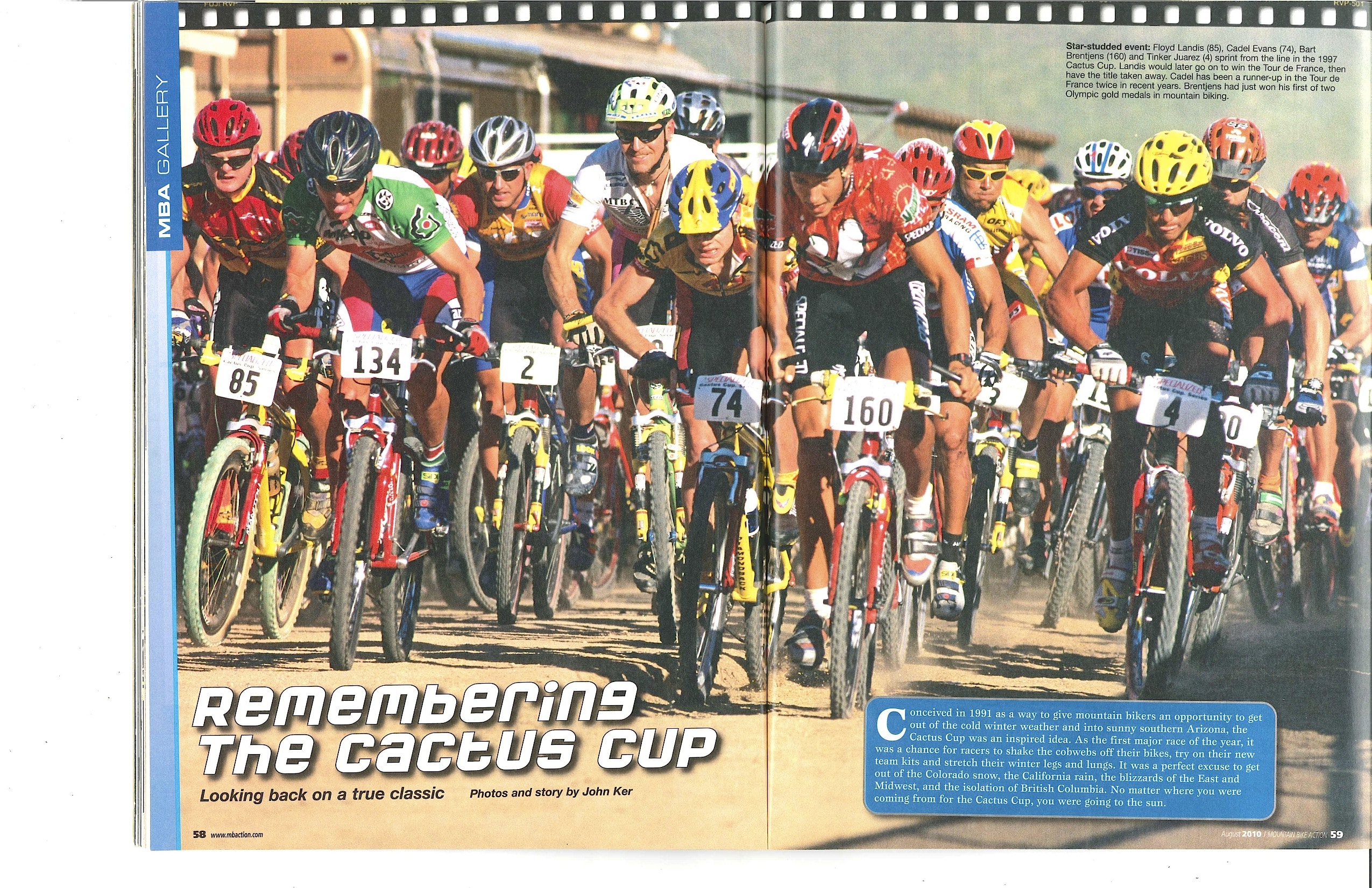 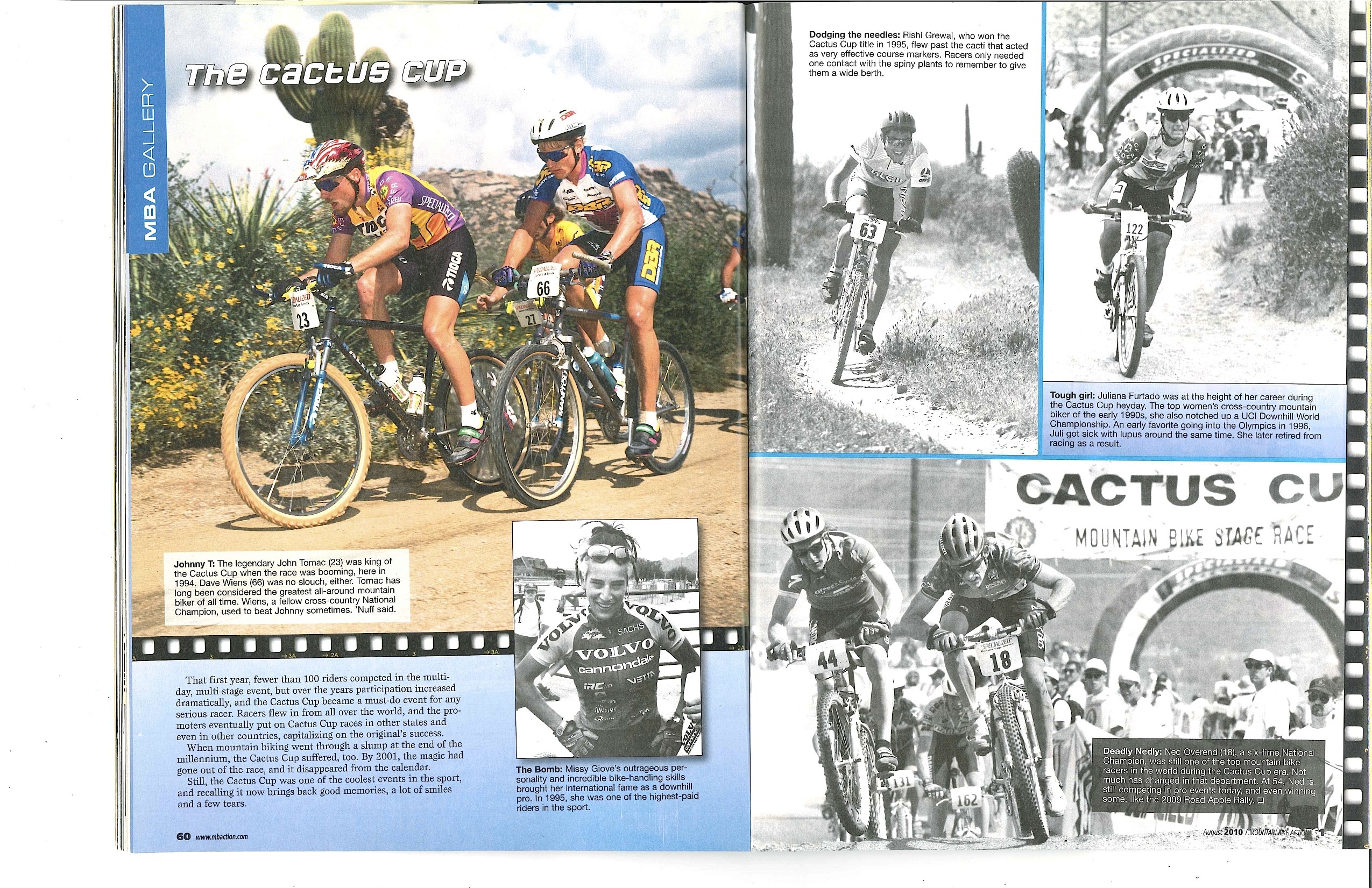 Among the many racers who stood out at the Cactus Cup in 1997 were the 1991 UCI XC world champion, John Tomac, top left, racing against Dave Wiens, who is now the head of the International Mountain Bicycling Association; the UCI’s 1994 downhill world champion, Missy Giove (bottom left); American XC powerhouse, Rishi Grewal, top right center; the UCI’s only Elite Women’s world champion in both cross-country (1990) and downhill (1992), Juli Furtado (top right); and Ned Overend (bottom right, #18), who was the UCI’s first Elite Men’s XC world champion (1990). When it comes to long racing careers, it’s hard to find anyone who compares to Ned Overend, who turned 65 this month and who told MBA this summer that he still races in the pro ranks whenever he can.