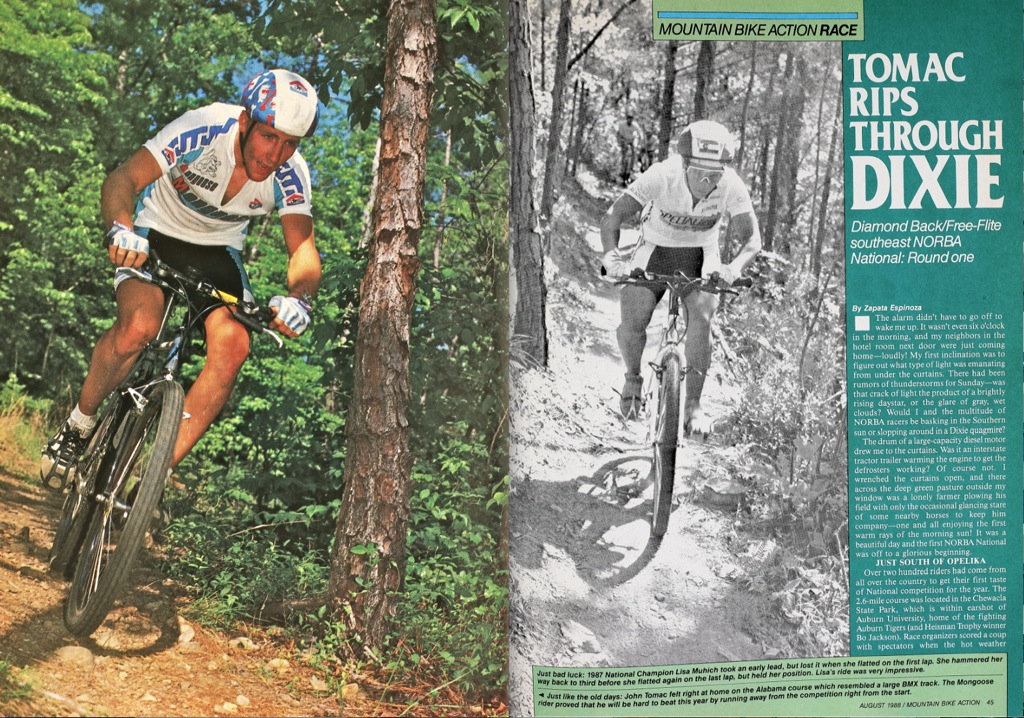 The first NORBA National of 1988 took place in Alabama. John Tomac was 19 at the time. He had placed second behind Ned Overend at the 1987 National Championships, and “Johnny T” was determined to do better this time. Ned Overend was recovering from illness the week before the Alabama race, so he wasn’t a factor in this event. Cyclocross stars Don Myrah and Clark Natwick (the national champion) showed up at this first mountain bike national of 1988, and they took second and third for the day behind Tomac.

The results from the first NORBA National of 1988 show some familiar names. Note Tinker Juarez in tenth place. 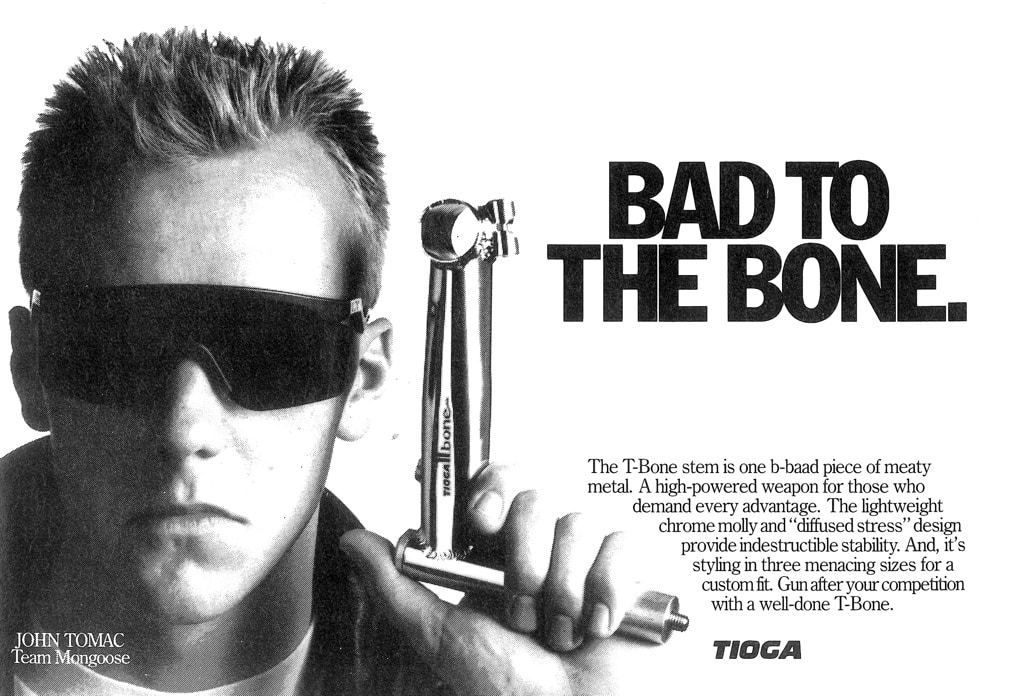 John Tomac was already being recognized as an extraordinary talent, both for his cross-country racing skills and his incredible bike handling skills. A former top BMXer, he was probably the most stylish jumper in mountain biking, which is rare for a cross-country racer (Nino Schurter seems to have a similar skill set today). “The Tomes” was also one of the top downhill, dual-slalom, and trials riders in America, and he would win nationals in every one of those categories in his career. He would also go on to win multiple World Cup races in both XC and DH, as well as the World Cup XC title in 1991, the World Championship in XC the same year, and second place in the World Championships in downhill in 1991, too . He was also young, friendly, photogenic, and a nice guy to work with. 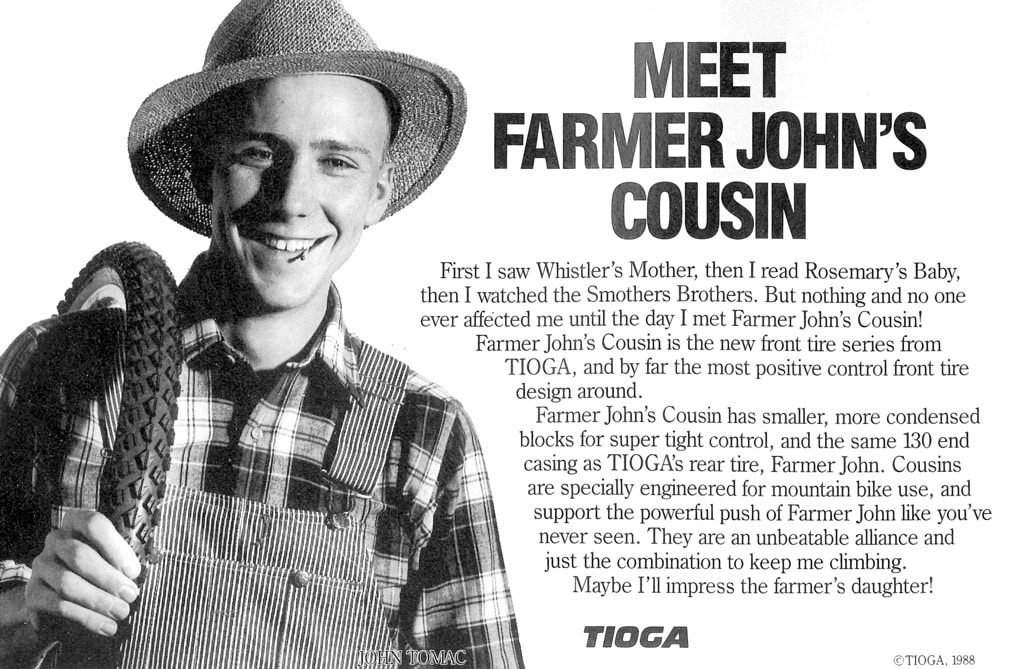 John Tomac seemed like he was always happy to go along with whatever persona the advertising agencies dreamed up for him in their ad campaigns, whether it was the coolest character you could imagine (see the T-Bone stem ad) or an unsophisticated farm-boy like Farmer John’s Cousin. 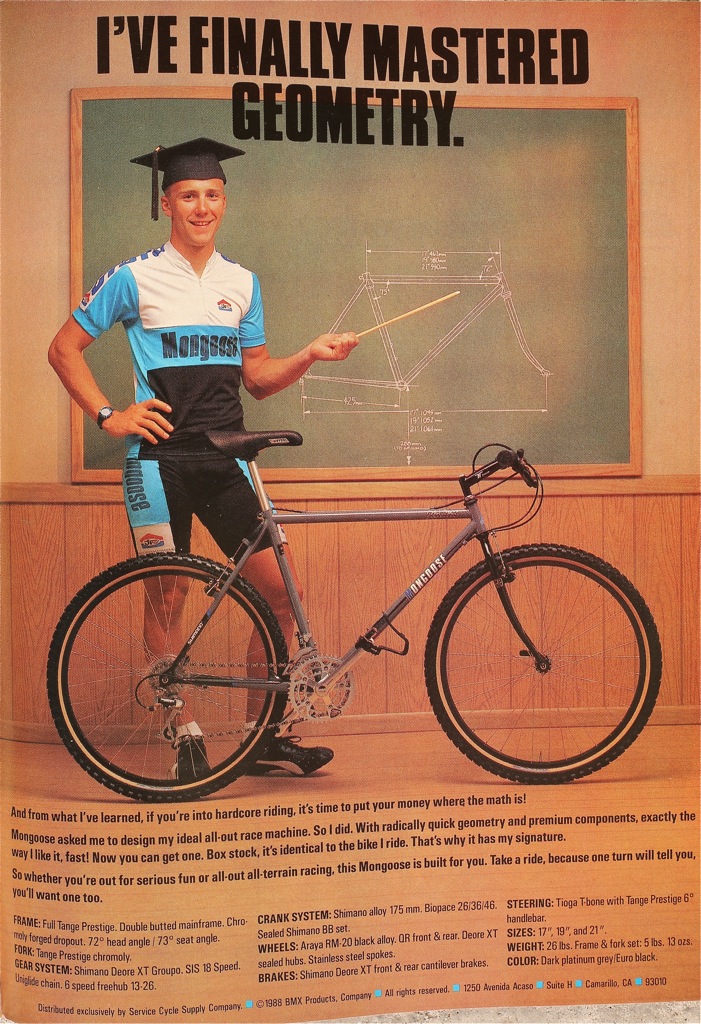 John Tomac was all over the magazine. He was winning the biggest races. He was featured in major advertising campaigns. He was also MBA’s top rider for two or three years when we shot our bike tests, and “Johnny T” appeared on several covers as a result. 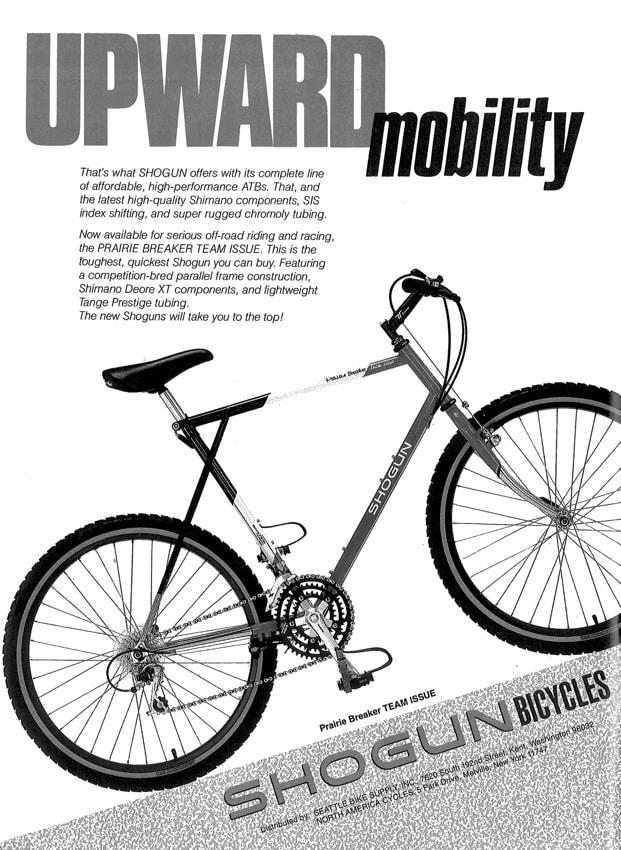 One of the bikes that was trying to make a name for itself in 1988 was Shogun.