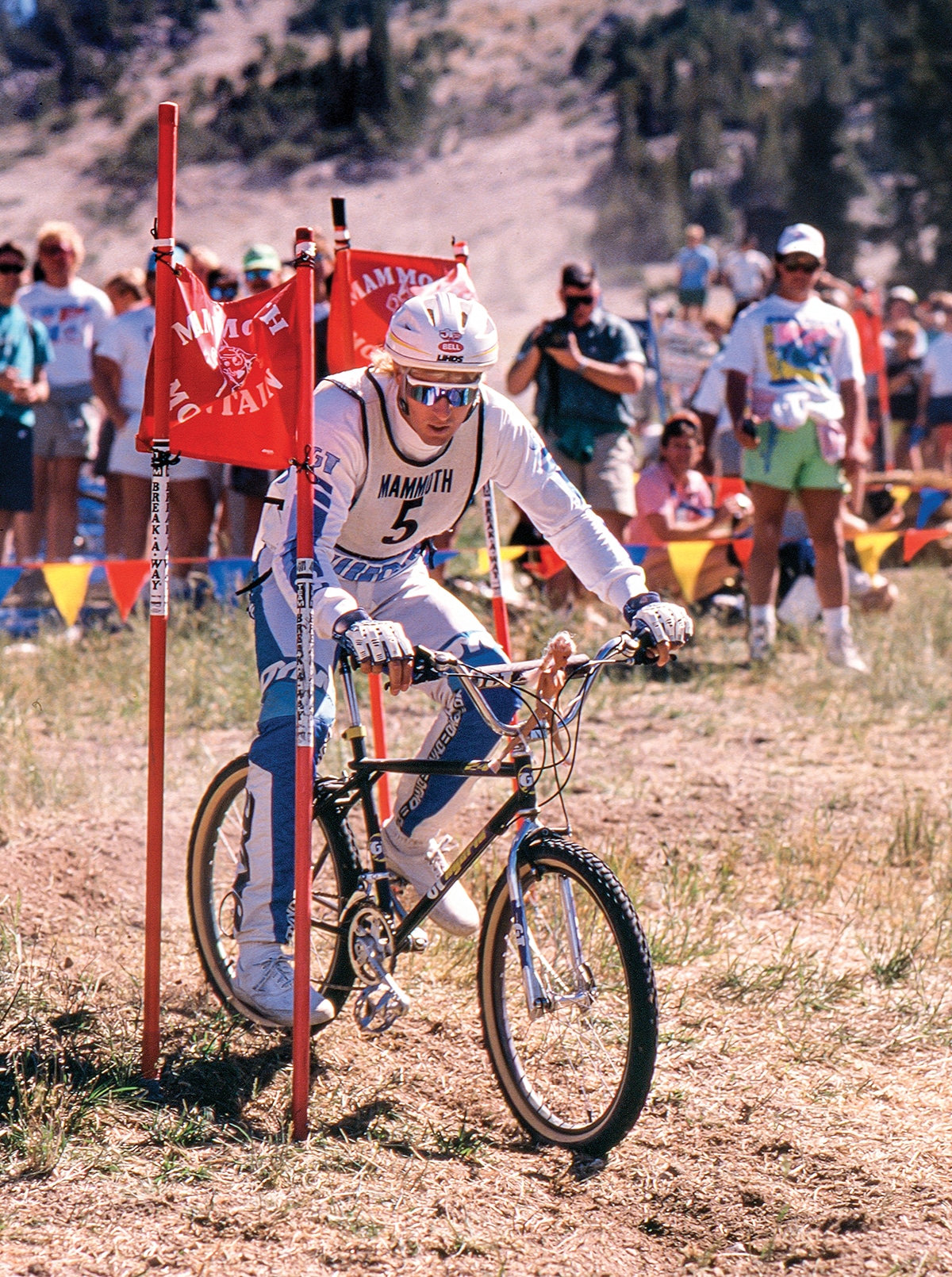 “In the late ’80s, GT BMX was trying to get into mountain bikes. Since I was a BMX rider for GT at the time and I was getting into mountain bikes myself, I had access to GT’s Huntington Beach Factory. We were heading up to Mammoth Mountain to race, and dual slalom was starting to become a big deal. So, I asked the man himself, Gary Turner, to build me a slalom bike. He built me this contraption off of a GT BMX 24-inch race bike jig and added the gears. It was so heavy, it felt like it was made from plumber’s pipe, not to mention it was crooked as could be. But, hey, it worked at least for that day, taking me to top four in the finals. Before the race I came across a Barbie doll, but I don’t recall where. I’m not sure why she was naked, either, but I thought it would grab me a lot of attention if I raced her down the hill. Since I was in the final four in the event and had made multiple runs down the hill, the crowd began chanting, ‘Barbie, Barbie, Barbie.’ So, I guess my idea of getting recognition belongs to that of Mattel!”

WORN-PARTS TIMELINE: WHAT TO EXPECT IN THE FIRST YEAR WITH A NEW BIKE