Trek has over 15 years of wheel-size development experience that dates all the way back to the first 29er they introduced under the Gary Fisher brand, the Supercaliber 29er. They were also one of the first “big brands” to embrace the “tweener” 27.5-inch wheel size. Their Remedy platform takes that wealth of knowledge and puts it into two distinct platforms for trail riding, both dubbed Remedy. We set out to discover which cure for the common “singletrack deficiency” disease works best. 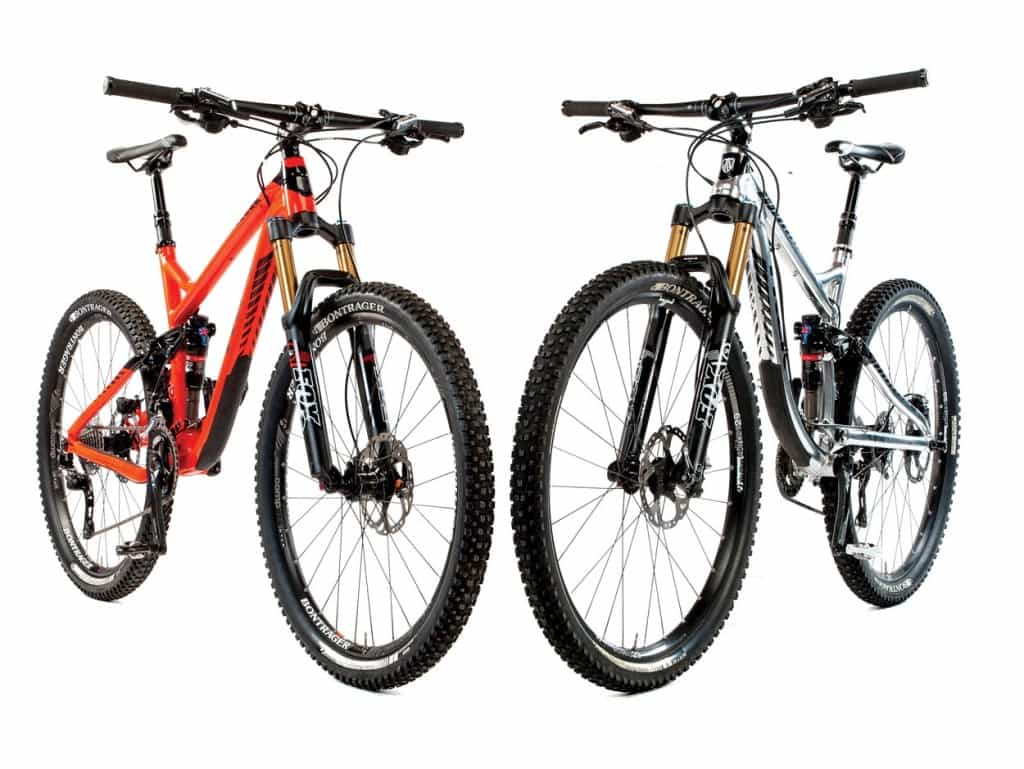 WHO ARE THEY MADE MADE FOR?

The Remedy strikes a delicate balance between cross-country and aggressive all-mountain fun. Both the 27.5 and the 29 version feature enough travel to tackle some nasty terrain yet are light and efficient enough to “earn the turns” and pedal to the top of the hill. Whether you’re coming from a roadie, cross-country or gravity background, you’re sure to find traits in the Remedy you’re going to love.

WHAT ARE THEY MADE FROM?

Trek’s Remedy is available in both carbon- and aluminum-framed versions, but for this shootout, we chose the tried-and-true aluminum steeds. Both bikes come equipped with Trek’s exclusive Active Braking Pivot suspension design that’s made to keep the suspension active whether the rider is on the pedals, on the brakes, or tackling a gnarly chute. Both frames feature Trek’s Alpha aluminum frame with a tapered “E2” headtube, 12 x 142-millimeter rear axle, threaded bottom bracket shell, and ISCG mounts should you want to mount a chainguide. 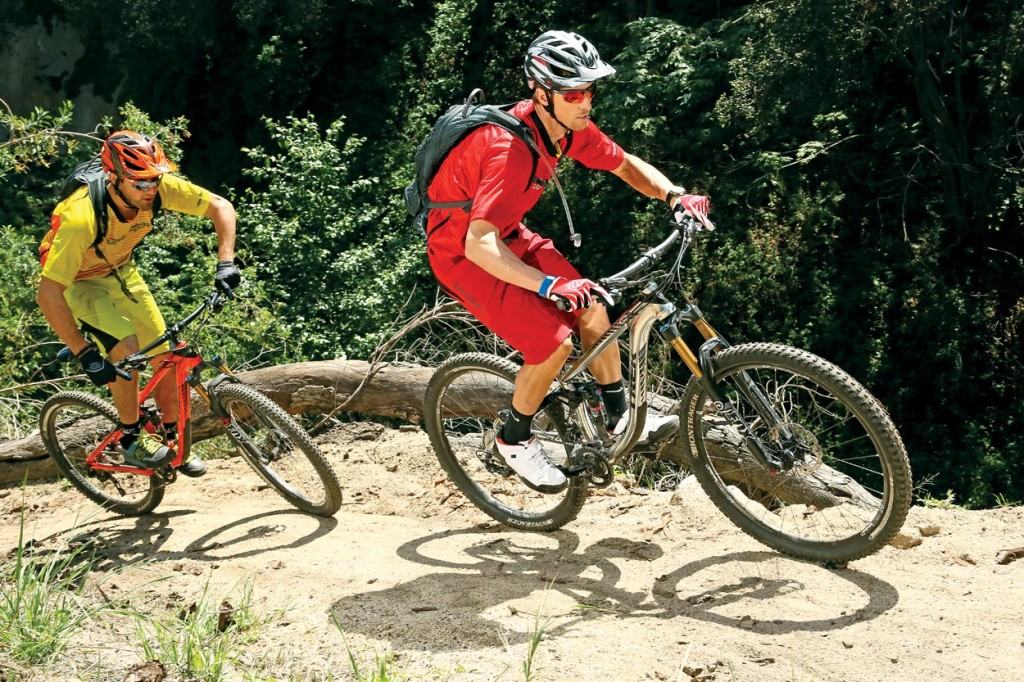 Both bikes come equipped with Shimano’s workhorse XT drivetrain, Fox suspension front and rear, and a mix of Bontrager components. Whereas other “XT bikes” might just bolt an XT derailleur on an otherwise sub-par build, the Remedys are built to last.

Bontrager has come a long way as a house brand. Its bars, stems and tires used to be bolt-on parts that required an upgrade right out of the gate. Now, however, the components are neck and neck with the best aftermarket goods. Case in point, the stock Bontrager XR3 tires performed so well during our test, we’d be hard pressed to recommend a second set that could out-perform them. The XR3s pedal efficiently, bite hard in the corners, and brake exceptionally well. They also wear fairly well. Hats off to the Bontrager crew.

The Trek/Fox Dual Rate Control Valve (DRCV) shock is the Remedy’s secret weapon. It differs from a conventional air shock because it has a secondary air chamber above the primary chamber. That second chamber is closed until the DRCV plunger, triggered by the shock shaft passing the midstroke mark (think big bump), is mechanically opened.

Why not simply increase the volume of the air canister? Air shocks with large-volume canisters reduce the runaway ramp up at the end of the stroke that a conventional air shock has, but you get a hammock effect (a distinct flat pocket during the shock’s midstroke) that is difficult and maybe impossible to correct in a bike’s rear suspension design. The DRVC delivers that great end-of-stroke performance for a bottomless feel without suffering from mid-stroke hammocking. 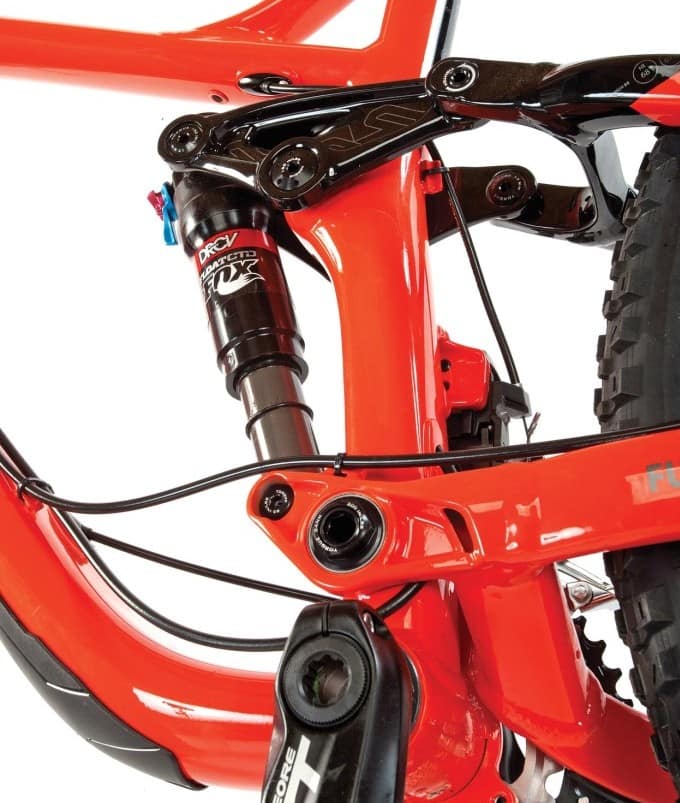 HOW DO THEY PERFORM?

Moving Out: Both Remedys have excellent standover height and a true-to-size fit that makes them feel right at home right out of the box. The comfortable geometry is built to tackle trails with a not-too-steep and not-too-slack, do-anything, go-anywhere feel.

Pedaling: One of the biggest advantages of the DRCV shocks is the pedaling efficiency–thanks to the small air chamber that does the lion’s share of the work. The ABP suspension works as a very active design and relies on that initial small chamber of air to retain pedaling efficiency by remaining high in the travel until you need the travel. While both bikes exhibit a fairly solid platform to pedal on, the “climb” mode on the shock is a welcome feature and is easily accessed with just a quick flip of the easy-to-find, on-the-fly CTD lever.

Climbing: Both bikes climb to the top of the hill well but in very different ways. The 27.5 Remedy loves to point and shoot, attacking obstacles in the trail to get to the top and wait for the riders who just couldn’t keep up. The 29er prefers a rider who likes to keep his butt in the saddle and pedal through the ascents, all the while keeping an eye on effort and saving the best for last, the descent.

Cornering: The 27.5-inch Remedy is quick handling in and out of corners, while the 29er feels more stable and predictable. Even though the 29er required a little more body English to maneuver, the stability through high-speed corners was enough to make us love it.

Descending: Trek’s Active Braking Pivot suspension shines on the descents. The plush and active feel gives the rider confidence to rip down descents, thanks to a very active feel that’s not afraid to dig deep into the stroke once the DRCV’s extra chamber is opened up.

The 29er feels much more stable out of the gate, whereas the 27.5-inch Remedy requires a little more rider input to stay on track. The rider who’s looking for the bike to “ride itself” and instill confidence right out the the gate will appreciate the 29er’s ability to track a line with stable confidence, while the rider who wants a playful but not as stable mate will prefer the 27.5 version. Bottom-line, though, the active and plush suspension of both bikes delivers more than enough confidence to tackle all but the gnarliest of tracks. 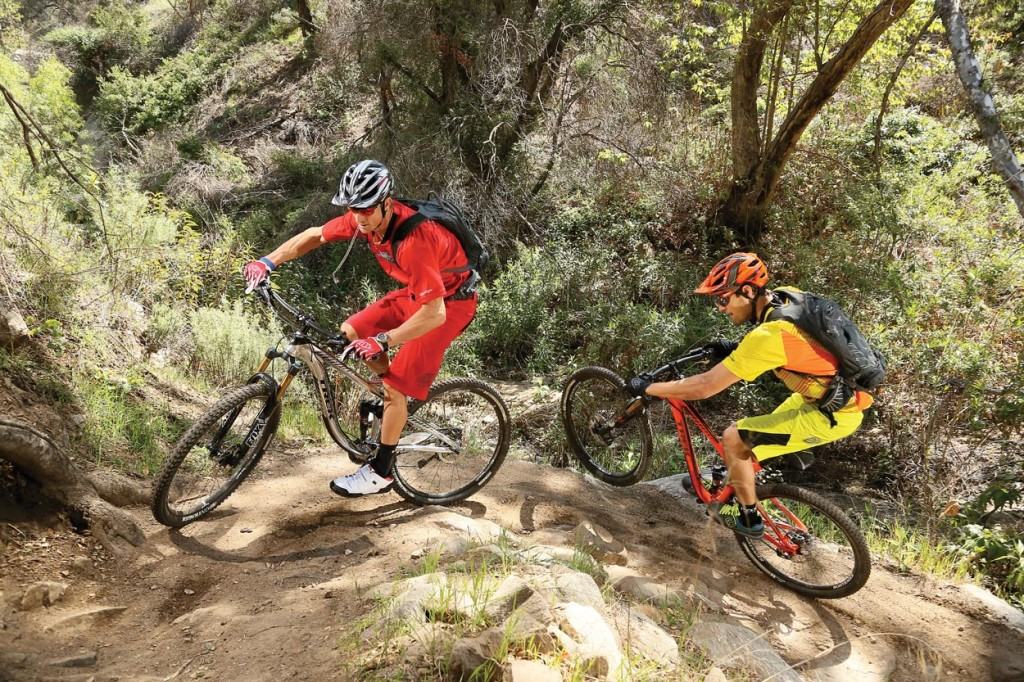 Both bikes had trouble with the Reverb Stealth, which refused to extend fully while testing. Fortunately, the trouble was simply an over-tightened seatpost collar, and running this bolt just a smidge looser was all it took to solve the problem.

Both bikes came spec’ed with a slightly longer stem than we would have liked, but not so long that the handling was dramatically hindered. 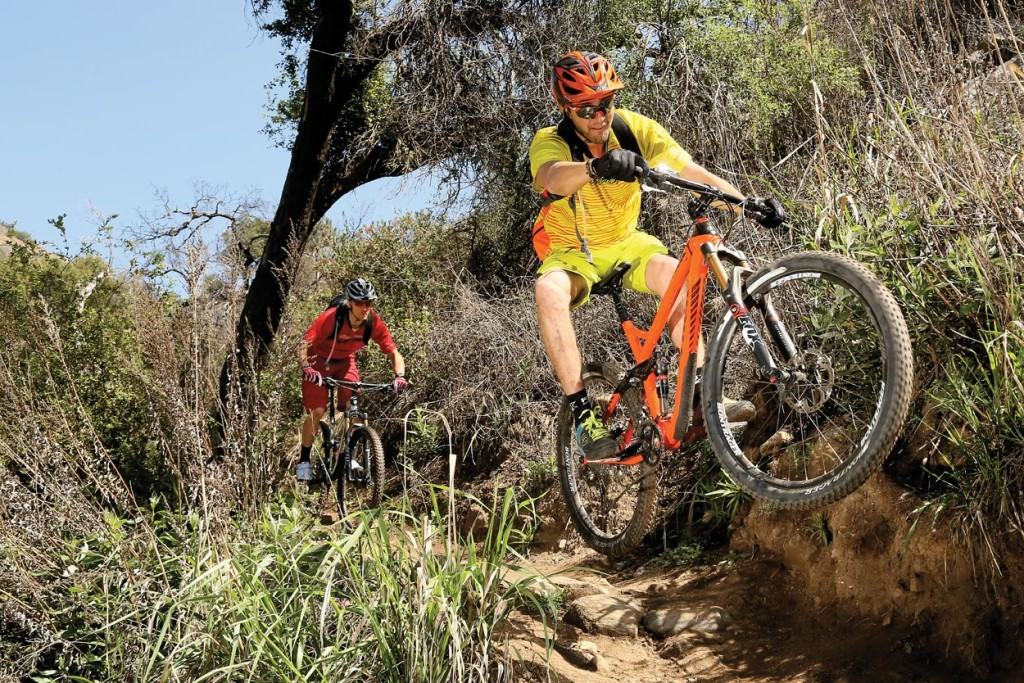 We loved the playful nature of the 27.5 version as we flicked it down the trail, hitting every little “bonus” line along the way; however, we’re going to tip our hat to the 29er Remedy and say that it’s the better all-around bike. The Remedy 29er has a minimal weight penalty and similar handling characteristics but much better roll-over characteristics. While the 27.5-inch version has many plusses and would certainly be the wrecking crew’s choice for more technical terrain, we can’t help but think that those “black diamond” riders would be better served looking to Trek’s longer-travel Slash 27.5 for shredding descents. The 27.5 version of the Remedy will suit an aggressive rider better, but in the “trail” category, where riders roll over rocky terrain rather than attacking it, the 29er is the right choice. 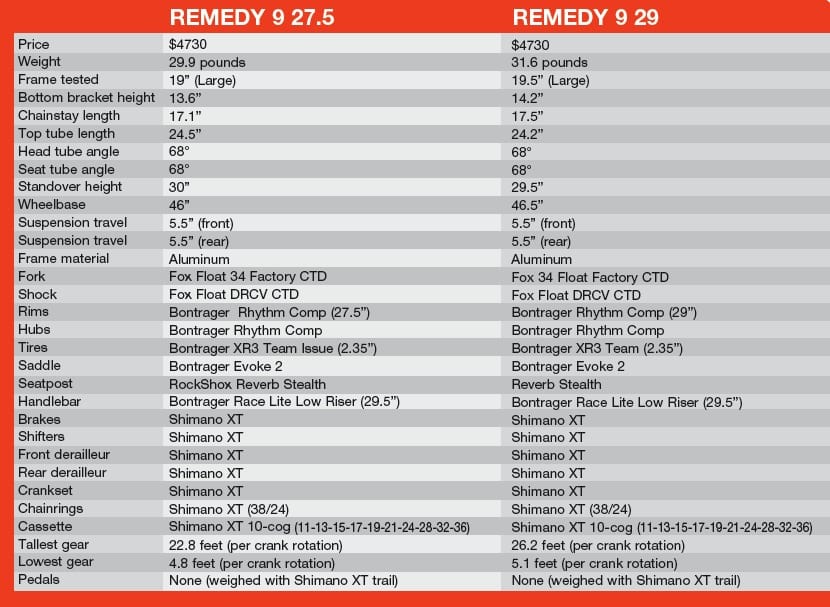