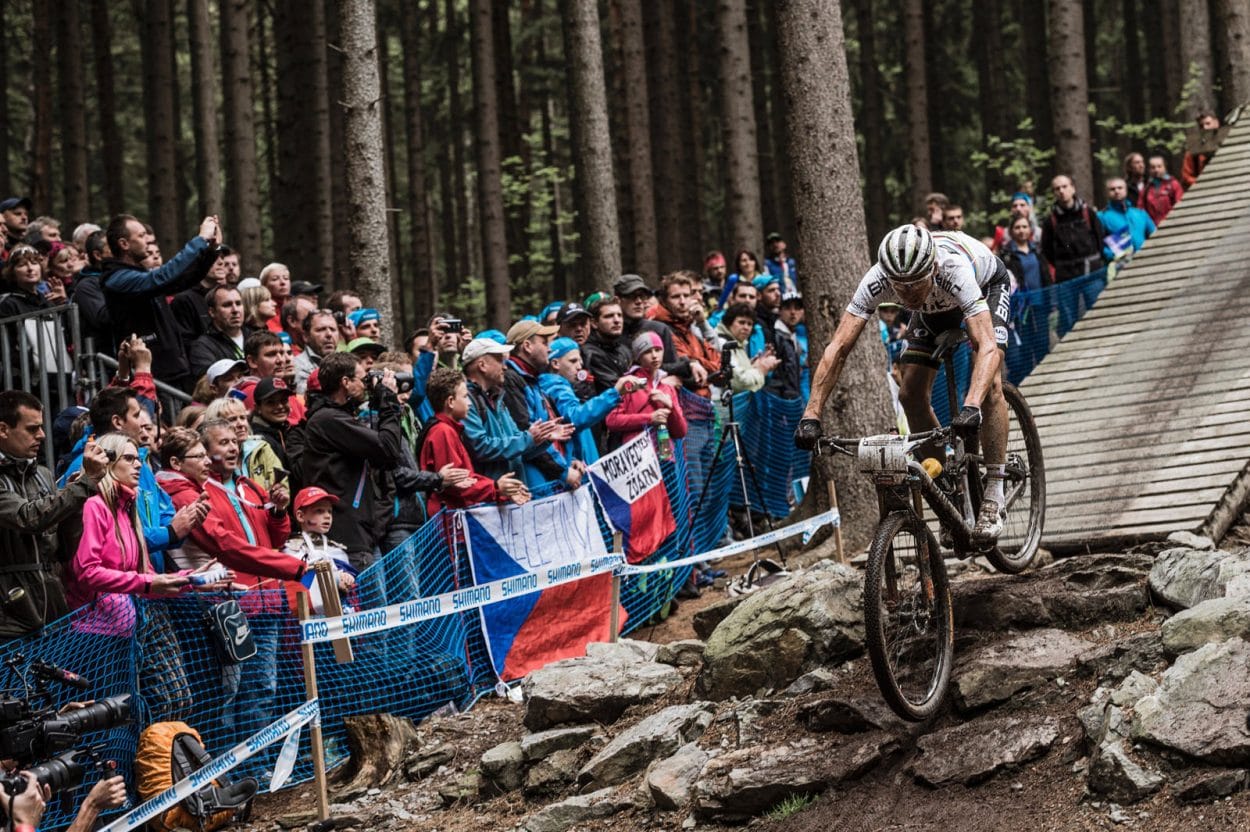 That’s Julien Absalon riding the Nove Mesto World Cup XCO course in the Czech Republic in 2015 in the photo above. The series returns there this weekend. Who will win is anybody’s guess, but it probably won’t be Julien Absalon, since he retired from World Cup racing last year. Nino Schurter  is one of the favorites, but he had a bad race last weekend, placing sixth, which is the worst result he’s had in quite a while. Jaroslav Kulhavy of the Czech Republic won the 2015 event, with Nino placing second and Absalon finishing third. Some people think that Mathieu van der Poel might win the event this coming weekend. We can’t say. We’ll find out Sunday, though. The race will be shown on Red Bull TV.  (Photo by Bartek Wolinski/Red Bull Content Pool)