More than a single jump, Cully put his heart into the sport

Although I was there, I didn’t see it happen.  Although the course was littered with photographers, not many were at the lower section given that all the better action shots would be found higher on the course. Everyone talked about it having happened, but there was no proof.  And then, in the course of nominating Dave Cullinan into the Mountain Bike Hall of Fame this year, a rare photo of what could be the greatest jump in mountain bike racing history surfaced.

The event was the 1992 UCI World Mountain Bike Championships in Bromont, Quebec Canada. The jump near the bottom of the downhill course was a huge wooden structure that was designed to merely act as  a bridge over the cross-country course that ran underneath.  High overhead was a running chairlift that transported spectators to the top of the ski hill.

No one gave the bridge much thought.  It was simply a bridge that the riders would crest, grab a few pedal strokes along the top, before riding down the flat surface of the backside of the ramp to the dirt course some 15 feet below.

Like I said, no one gave it much thought. That is, except for team IronHorse rider and former BMX star Dave Cullinan.

And so it was late in the day with Yeti Cycles’ Jimmy Deaton sitting on top of the leader board, the gloveless former BMX champ Dave Cullinan and his IronHorse branded, Verlicchi made full-suspension bike attacked the course and did the unthinkable by jumping over the entire bridge section. That Cully’s courage and handling skills made it happen was one thing, but that moments later his unthinkable leap would carry him to a rainbow jersey is what made it historical – and helped him get nominated into the Mountain Bike Hall of Fame. 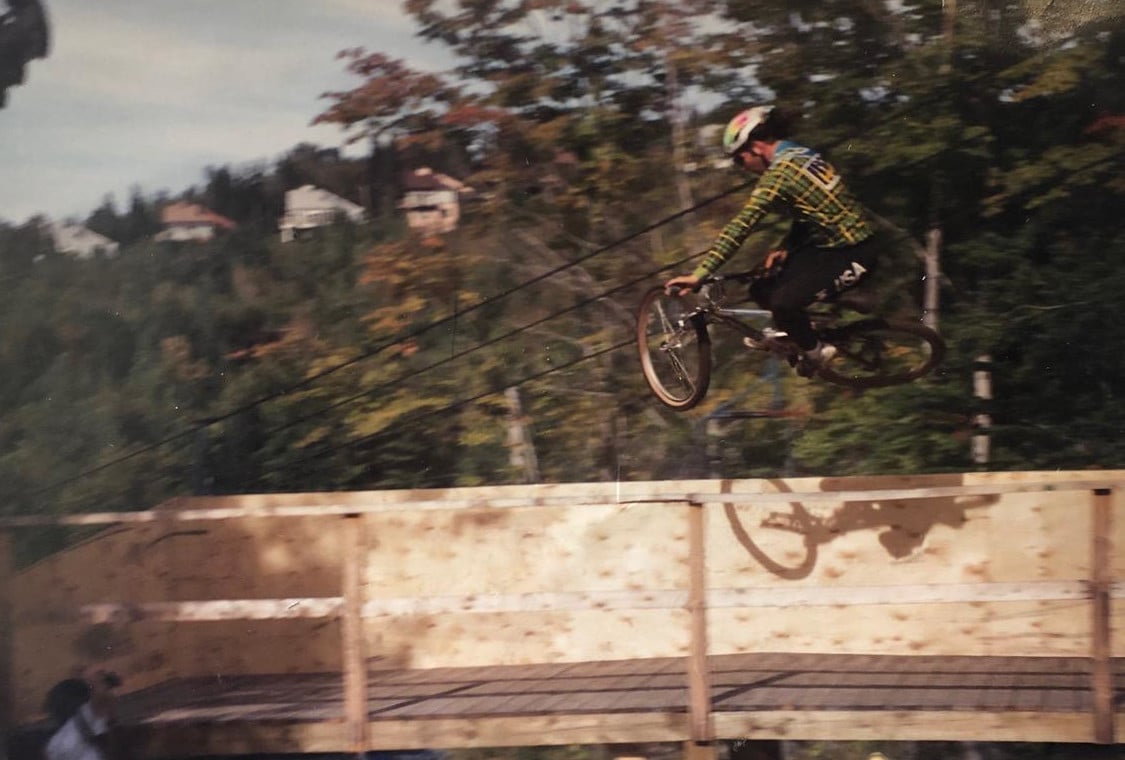 “I actually began thinking about making the (20 foot) jump in practice and started by just landing on the top section. In the race, I actually had to slow down coming out of the corner before it because I had to look over and time my jump with the chairlifts that were running so I wouldn’t lose my head!”

And so with just a few spectators present to witness Cully’s aerial feat, Dave dropped out of the tree section, laid out award-winning cross-up mid-air, and rode his way into the record books.  Unfortunately, the same TV cameras that previously captured Deaton riding over the bridge like all the other competitors missed a golden opportunity to catch Cully’s Leap (below).