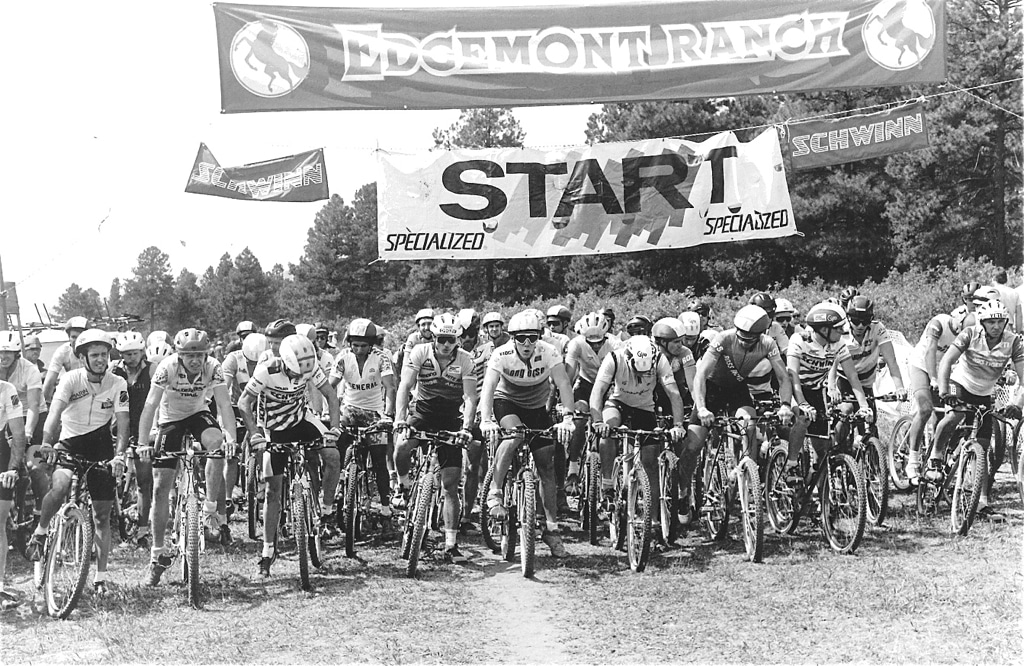 Our June 1988 issue showed this picture from one of the top races of the time. The legendary John Tomac was lined up front and center, right under the “T” of the START sign. 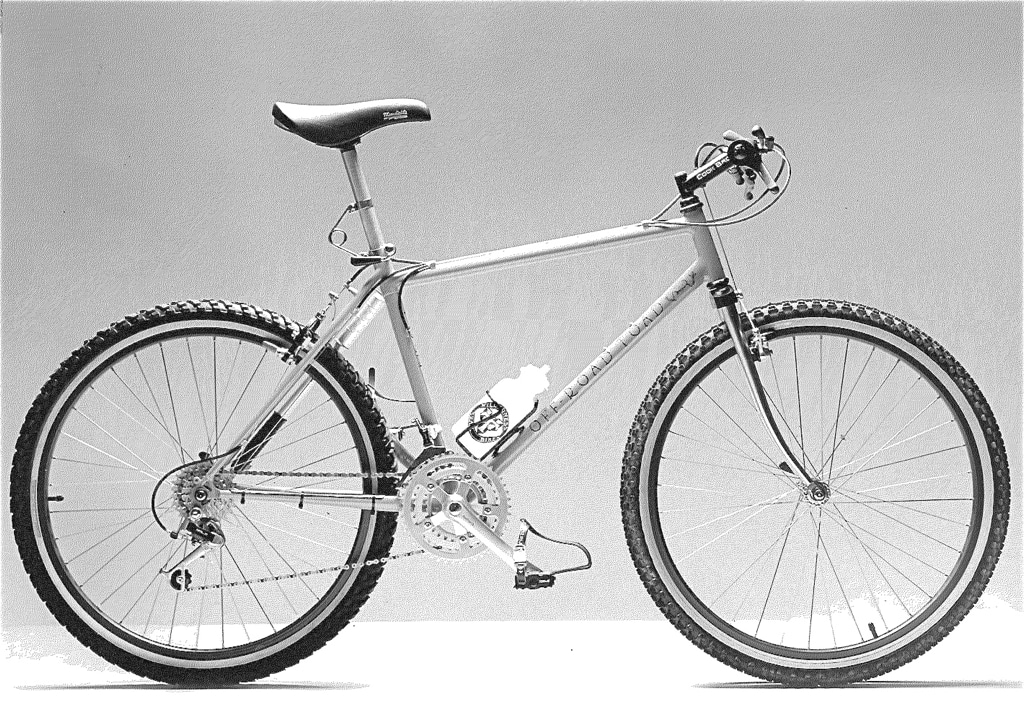 The Mountain and Beach Off-Road Toad was one of the lesser-known bikes featured in that issue. Modern day riders who wonder where the term “clipless pedals” came from should look at the “toe clip” strap system on that right pedal. When “clipless” pedals came out a few years later, they offered a way for riders to keep their feet on the pedals without having to slide them into those big straps. 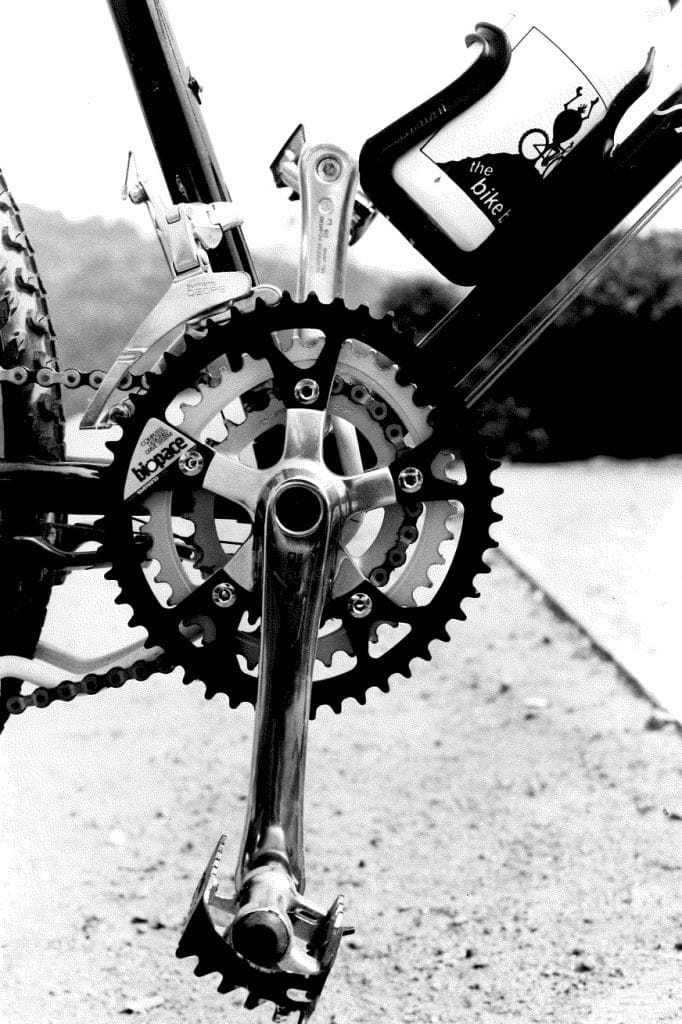 The oval-shaped BioPace chainring on this Raleigh test bike was still something of a novelty in 1988. 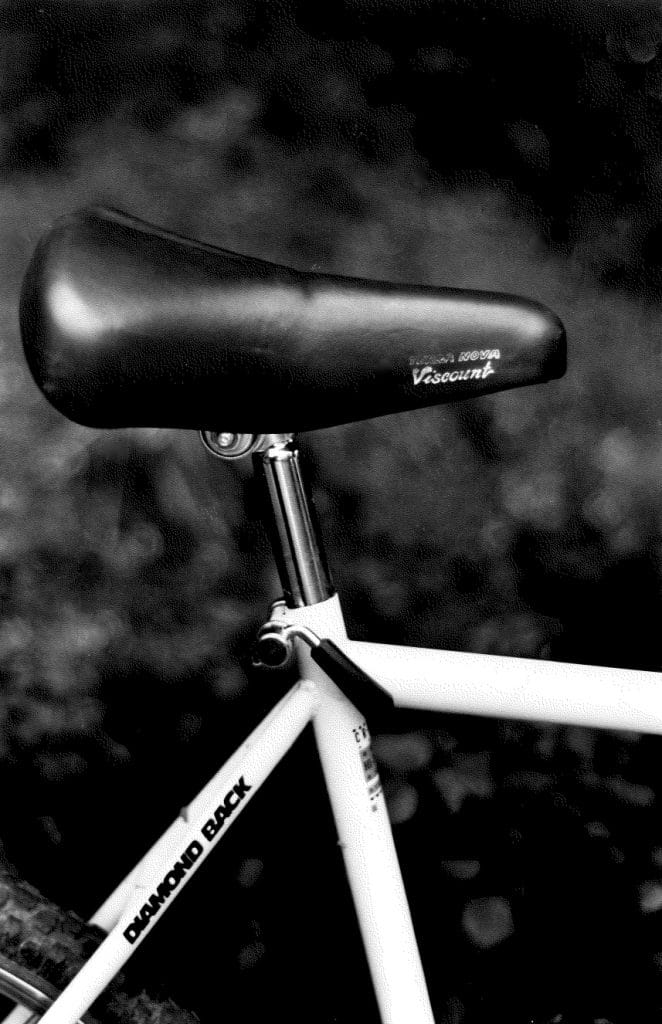 This Viscount saddle doesn’t look anything like the seats you’ll find on today’s mountain bikes. Maybe that’s because most bikes didn’t offer any suspension in those days, so the best one could do was ride with a well-cushioned saddle. 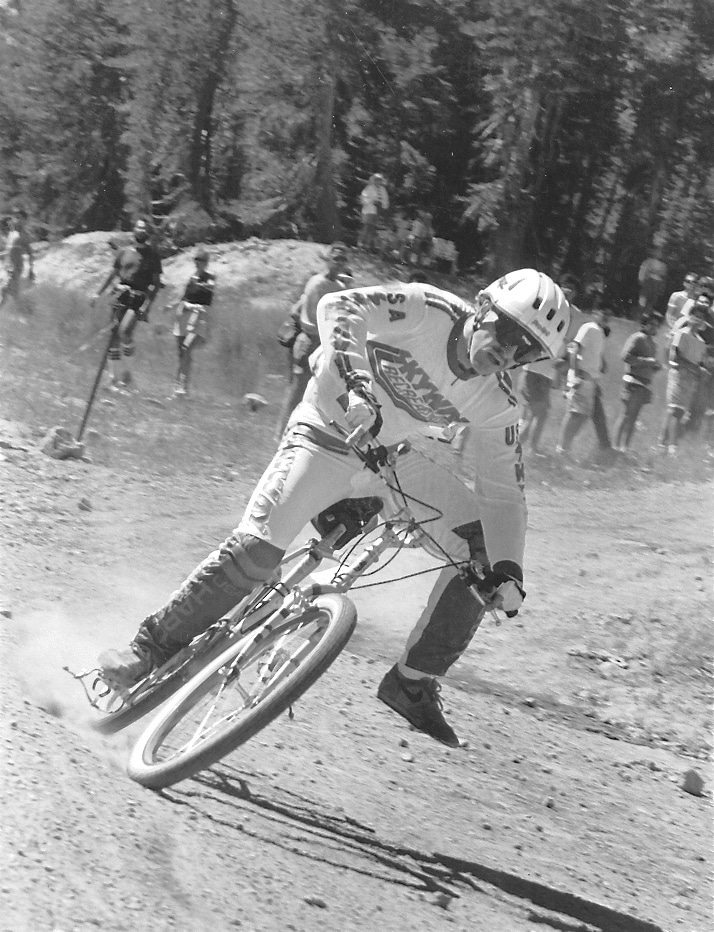 With more and more BMXers making the transition to racing mountain bikes, it was not a huge surprise to see a rider with a Skyway Wheels outfit riding a bike with regular wheels in one of the big downhill events. It turned out that the rider was legendary BMX superstar Stu Thomsen, who was racing at Mammoth Mountain and doing so for his own bike shop, Thomsen Cyclery (Family Bicycle Center). Stu didn’t stay in the bike business too long. He later pursued a long career in law enforcement, from which he retired in 2017. 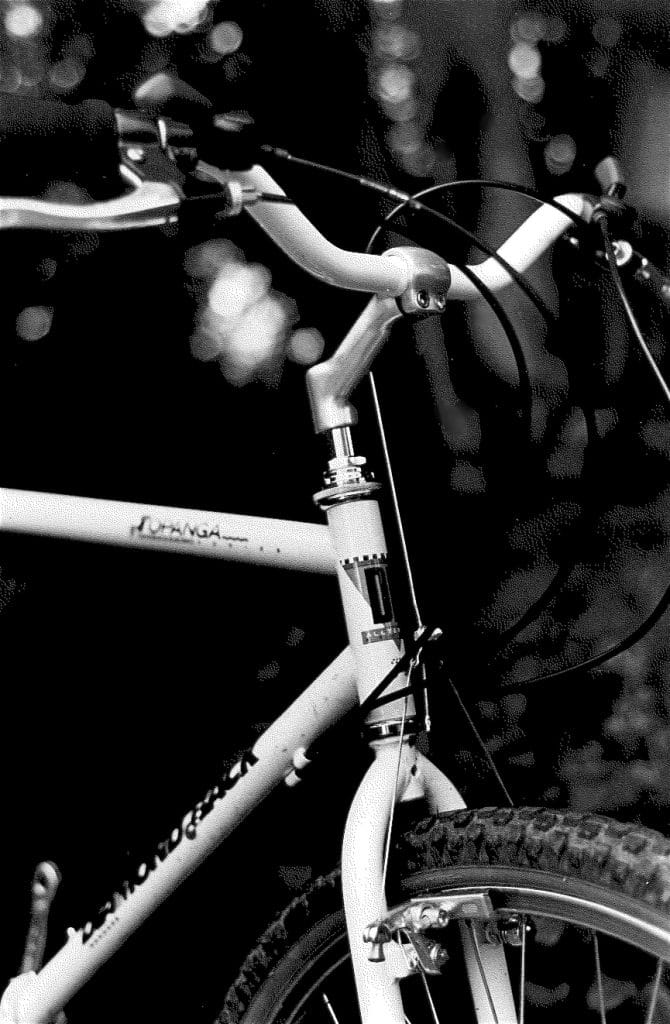 Stems have changed a lot over the past 30 years. If you don’t believe us, look at the one in this picture. 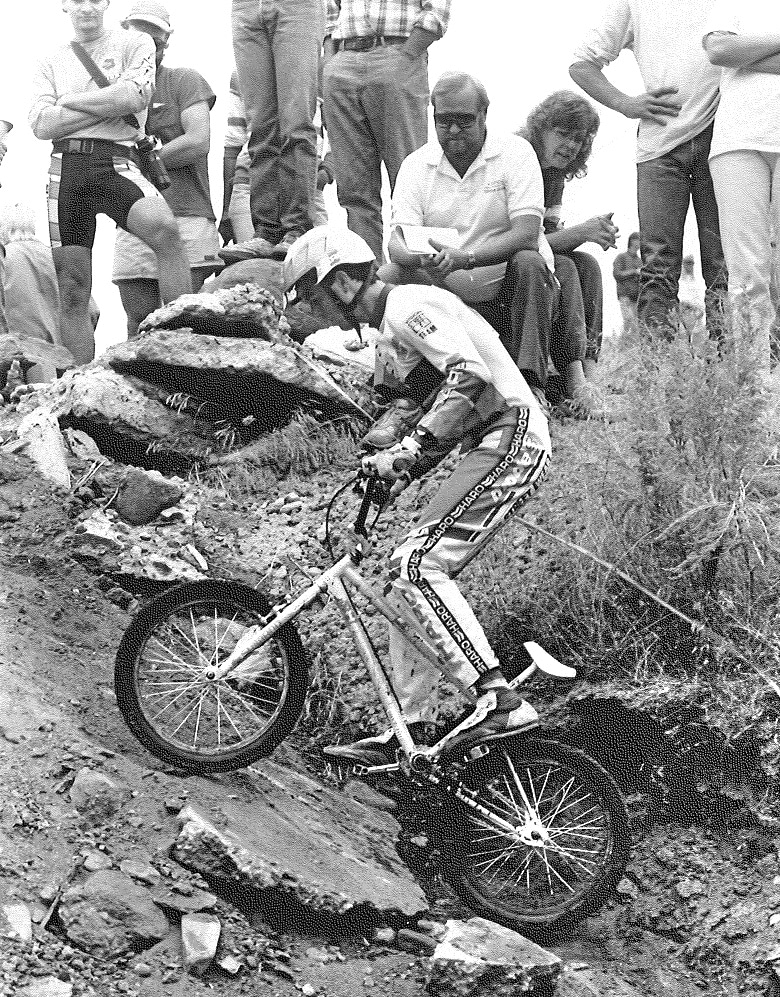 A couple of our readers wrote in to request that we put more bicycle trials coverage in the magazine. We complied by running this one shot in our “Trailgrams” sections. It’s too bad the shot was only 1-1/2 by 2 inches in size when it appeared in print. By the way, even John Tomac used to compete in trials in those days. Tomac told us a couple years ago that he actually won national-level events in cross-country, downhill, dual-slalom and trials in those days, but he never won all of them in the same weekend. 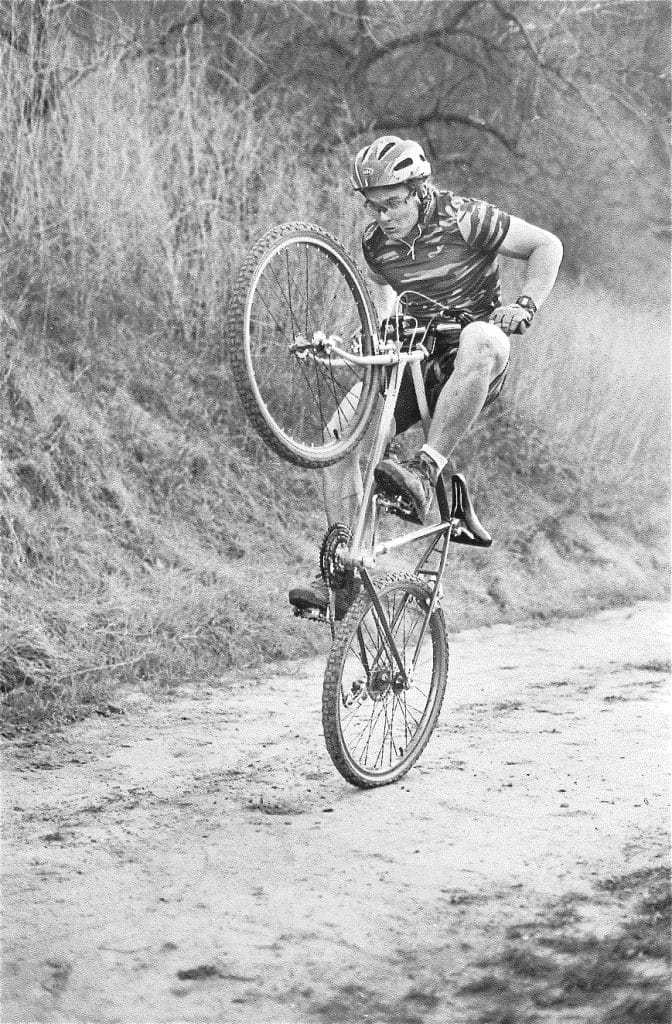 This rider looks like he almost looped out on this wheelie, but we’re guessing that he saved it. This photo was used to illustrate an article on bike fit.