The Tennessee way is always a unique way

In addition to Litespeed being one of America’s most notable titanium frame builders, it’s safe to say that over the course of nearly four decades that we’ve been testing bikes, when it comes to titanium mountain bikes, we’ve tested more models from the Tennessee-based brand than any other—and that’s for a good reason. When it comes to chasing new designs and tube technology, no other titanium builder has been as creative and prolific over the years. Whether it’s been their hardtails or wide range of full-suspension bikes, round or multi-shaped tubes, standard 3AL/2.5V or the more exotic (and expensive) 6Al/4V tubing, Litespeed has never  wavered in their commitment to provide as many creative touches as possible. And just by chance, the latest incarnation of their Pinhoti III hardtail is proof of that.  Beyond the bike itself, between payment plans and even home delivery, Litespeed has also gone further than most to get the bikes to you.

Just as you’ll find on other bikes, the Pinhoti line is named after a particularly challenging singletrack trail. This one is located near their Chattanooga factory. Starting off the effort to make each frame stand out from the crowd, each frame starts with an actual head badge (versus a decal) and is available with etched graphics in a variety of colors.

As is standard Litespeed practice, the 3AL/2.5V frame is cold-worked into shape and uses an oversized downtube to help stiffen up the front end along with a head tube that is both oversized and internally butted. The Pinhoti boasts Boost rear-wheel spacing and tire clearance for up to a 3.0×27.5-inch or 2.5×29-inch rear. Helping in the overall clearance (and aesthetic) game are the asymmetric dropped chainstay and new CNC-machined titanium chainstay yoke. A most sensible frame asset is the dropper-post cable port, which is ready and willing when you are!

The effective seat angle of the slightly curved seat tube is 74 degrees, mated to a forgiving 67.5-degree head angle. With a claimed frame weight of 1695 grams (for a medium frame), Litespeed is claiming a 95-gram weight savings over the previous version. 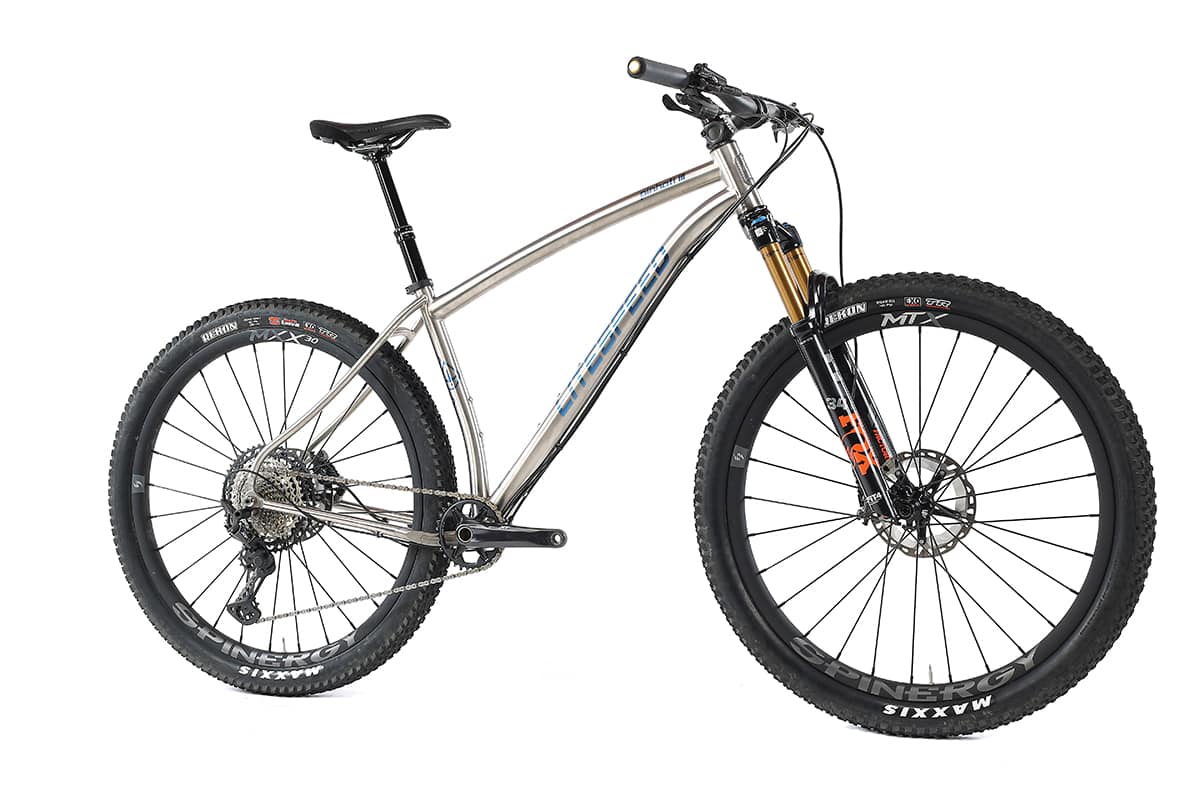 Starting at $2395 for a frame only, it’s not the least expensive hardtail, but for a handcrafted U.S.-made titanium frame, that’s quite a buy in our books. Not only that, there’s an option to build a complete bike with the choices they have on their site, or a discerning rider can buy a frame to make it their own. The Litespeed we received to test features a mixture of value and high-end parts. This Pinhoti III build has a bump in the price of just over $1000 extra for the Spinergy MXX 30 carbon wheelset upgrade. This particular build comes with a 130mm-travel Fox Factory 34 fork, and Shimano’s XT drivetrain and brakes. It also gets some Race Face goodies with their Aeffect R35 alloy handlebar at 780mm width, Aeffect 35 70mm stem, and the Aeffect dropper with 125mm of travel. From value-driven to lavish spending plans for a titanium hardtail, Litespeed has a little bit for everyone when it comes to build options.

The Pinhoti has a lot going for it, but its greatest attribute is an extremely smooth ride. Everybody who rode it remarked how forgiving it felt. Not in a bad way by any means, just a different experience on the trail. What this translated to was traction, comfort, and confidence. Part of the feeling was due to high-volume tires and the unique Spinergy carbon wheels with PBO fiber spokes that further aided in vibration reduction. It also happens to have the smallest-diameter rear stays of the group. What’s more, it’s a natural-born climber, so getting to the top of the trail on board the Pinhoti III is as efficient and comfortable as can be. 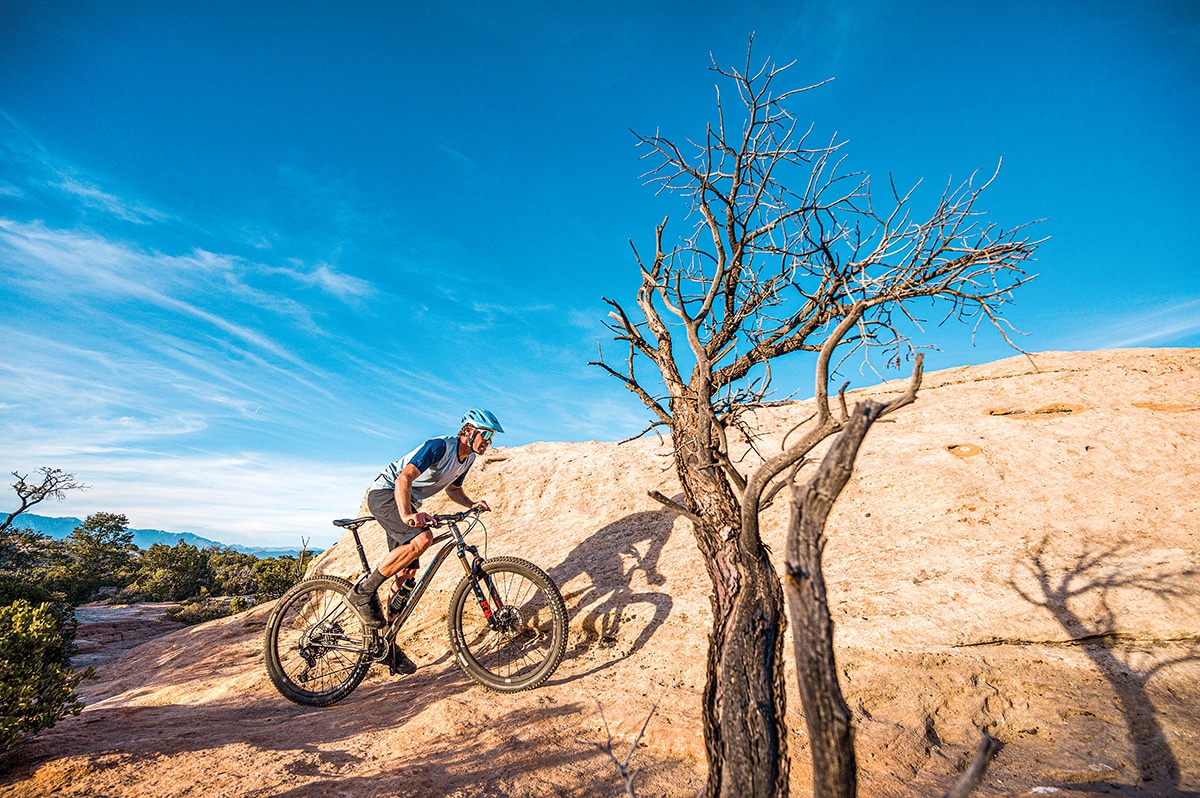 In the case of the Pinhoti III, its eager climbing nature follows suit when pointed down. While its compliance is helpful for handling, the short rear end lends itself to being easily snapped through tight corners while holding speed. Even with 130mm travel, we experienced a velvety ride, and were a bit surprised by how well the frame can handle rugged descents. It proved itself to be a bike we could hop on to go confidently out for an adventure, tame fast, flowing cross-country singletrack, catch the jumps at the local park, grab a burrito, beat a full-suspension bike down a ridgeline, and do it all again the next day. The Pinhoti III likes to play, highlighting the fact that there is a titanium hardtail to match just about any riding style. 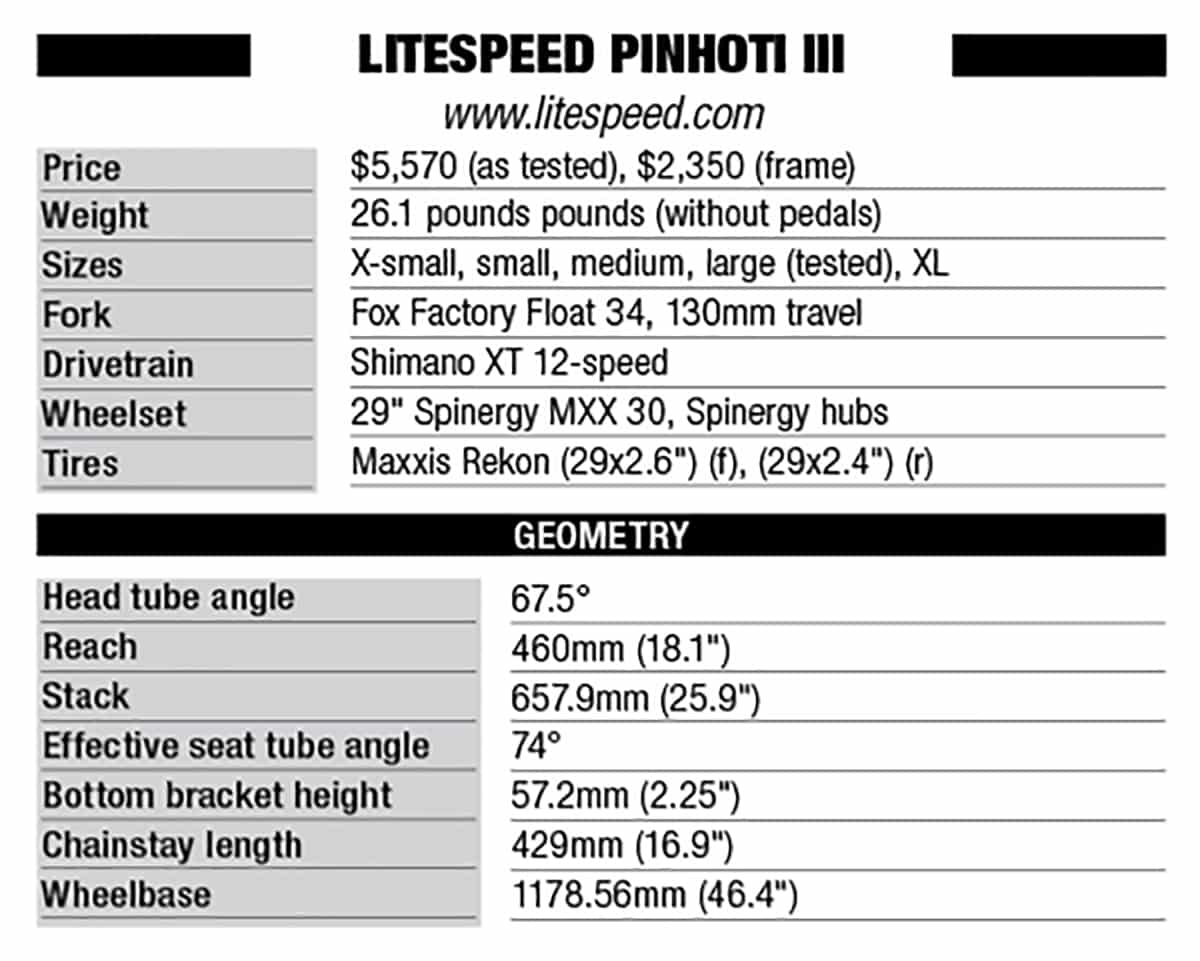 TRAILER: AN EVEREST IN TAHOE