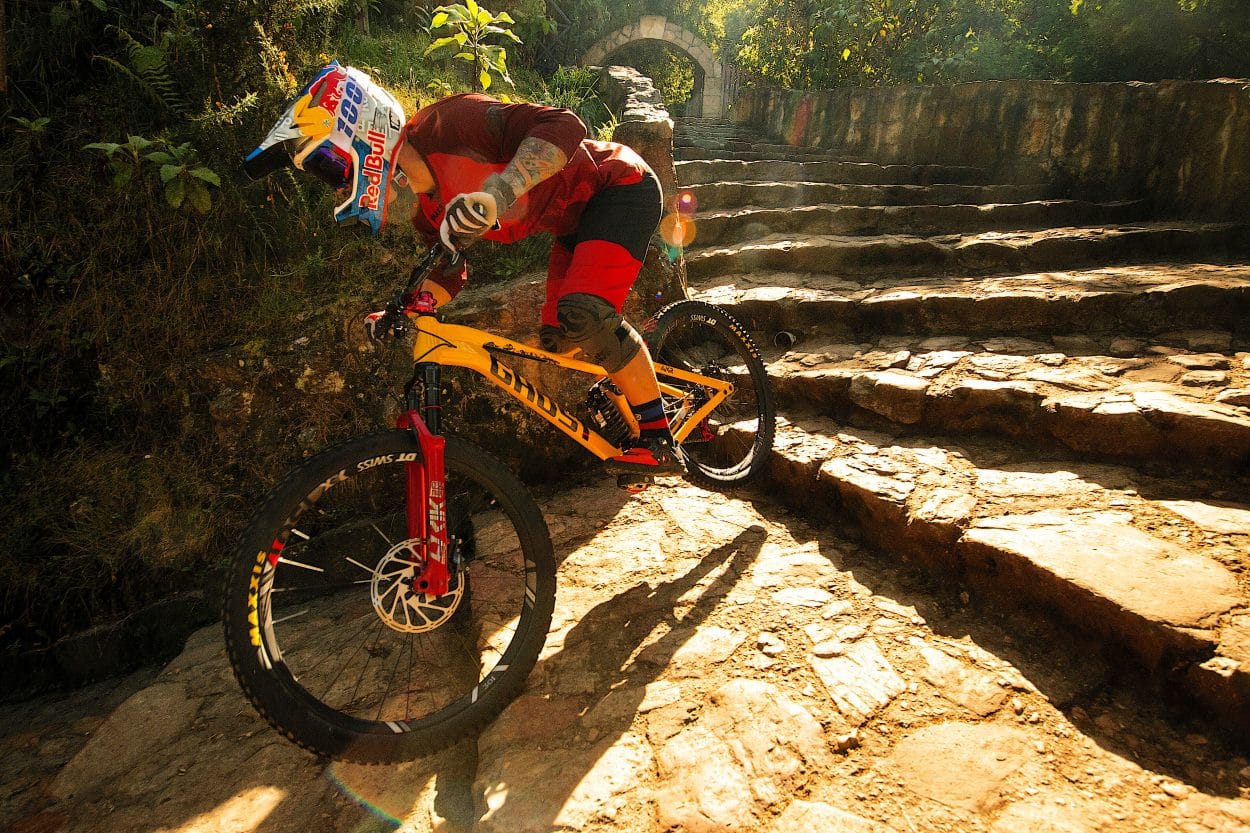 Tomáš Slavík was crowned champion of Red Bull Monserrate Cerro Abajo in Bogotá, Colombia, billed as the longest downhill race in the world. The Czech rider’s time of 4m 42s proved untouchable, even before torrential rain made it impossible for riders to challenge effectively later in the race. <strong>Here is all you need to know:

– Speaking after his win, Slavík commented: ”All the guys who made it to the bottom are real heroes and true champions. [The track] is one tough cookie. It’s not about one good line, it’s about saving energy and keeping the flow because the run is so hard.”

– The race saw more than 40 riders from 11 nationalities come to measure themselves against the 1,605 steps that make up the track’s cobbled path. The course, which measures 2.4km, is recognized by Guinness World Records as the longest downhill race in the world. 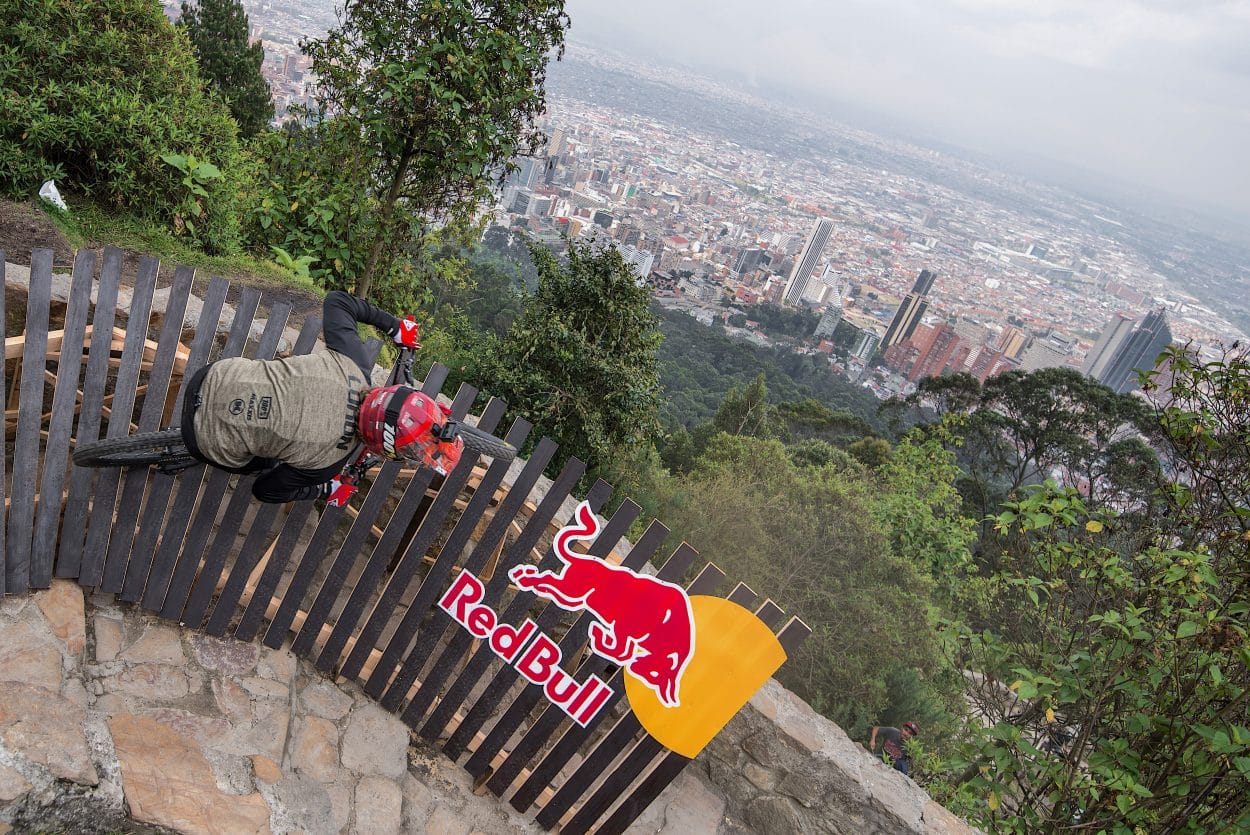 – More than a thousand spectators were able to line the narrow track and watch riders tackle the sharp bends and big ramps from up close.

– The track is 95 percent steps and consists of 27 obstacles, Including La Iglesia and La Estrella jumps, the passage through the tunnel and two new features: a 7m-high jump in La Cascada and the air gap over the turnstiles.

– This is the third time that the mythical Monserrate trail has become a downhill track. The first version was held in 2012 in which Filip Polc took the win. It ran again in 2019 when Colombian Marcelo Gutiérrez stopped the watch in 4m 31s. 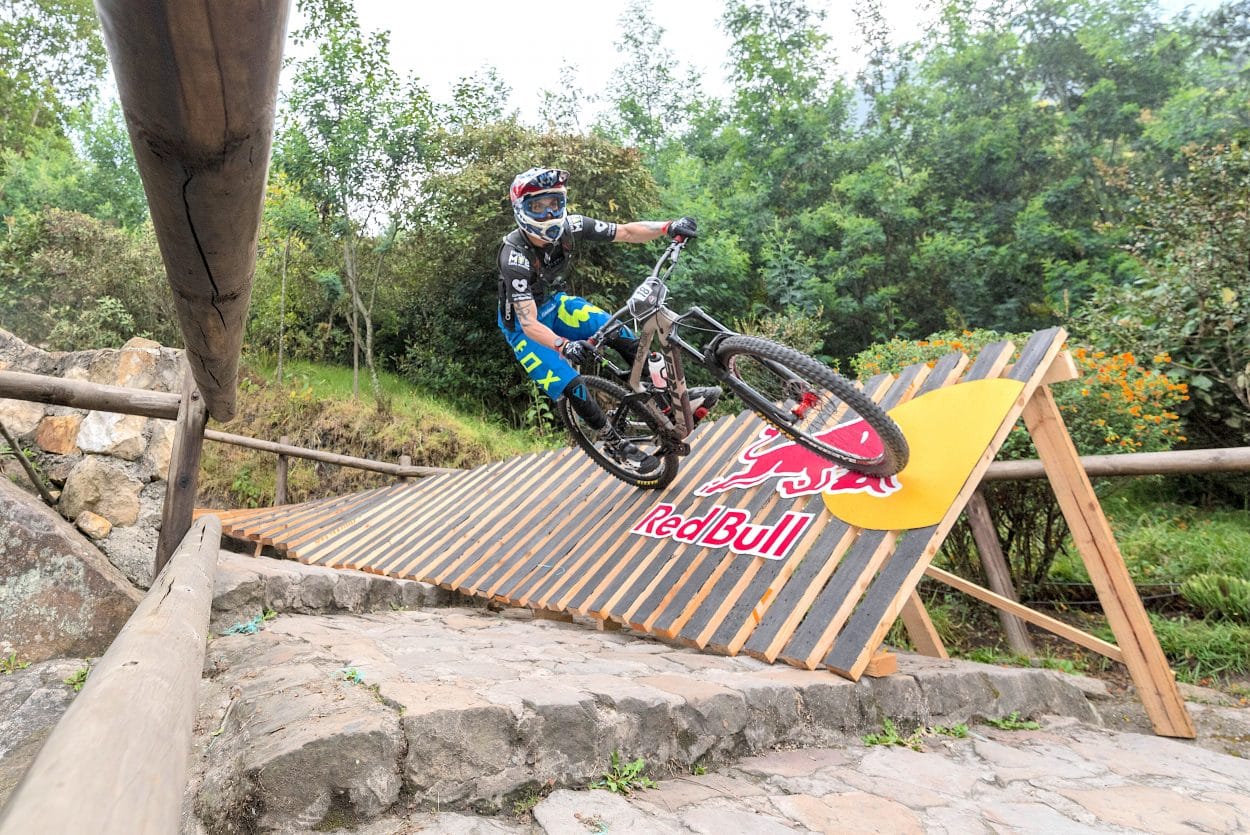