The Downhill Qualifiers from Lenzerheide are in the record books now.

Aaron Gwin was less than 4 seconds behind his Intense teammate Dakotah Norton, but that was enough to put Gwin in 17th place in today’s rankings, just ahead of Greg Minnaar (18th) and Finn Iles (19th).

In the Elite Women’s qualifiers, Camille Balanche beat Myriam Nicole by just over 4.6 seconds. Rachel Atheron, who had quit racing for the past couple of years to have a baby, came back to the World Cup circuit and placed seventh in the qualifiers today. Now that Rachel’s raising a child, it will be interesting to see how much she’s willing to take chances on the downhill race course again. Rachel is a five-time Elite Women’s World Champion and six-time Elite Women’s World Cup champion, but she’s also a young mother, so that could affect her decision-making process on the race course on Saturday.

Here are the top riders heading into tomorrow’s Downhill Finals. 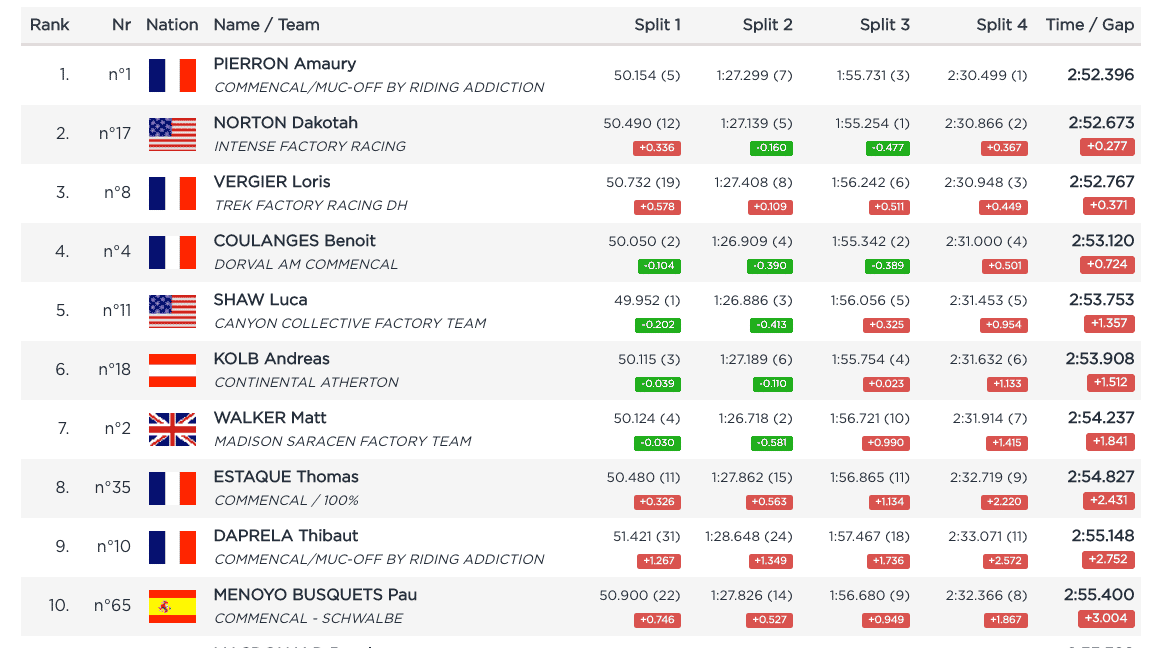 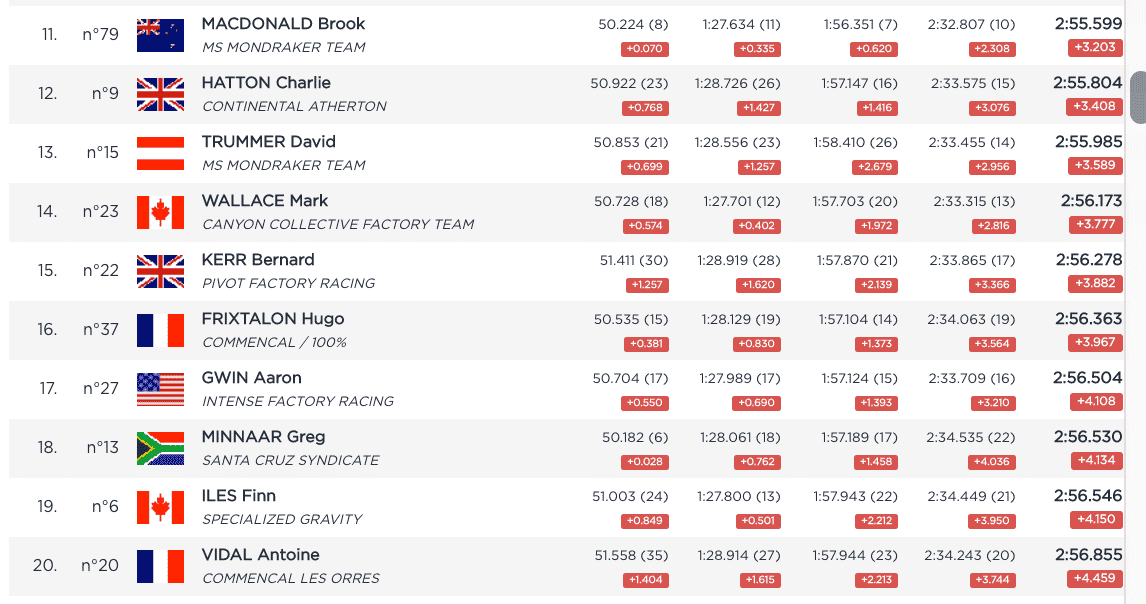 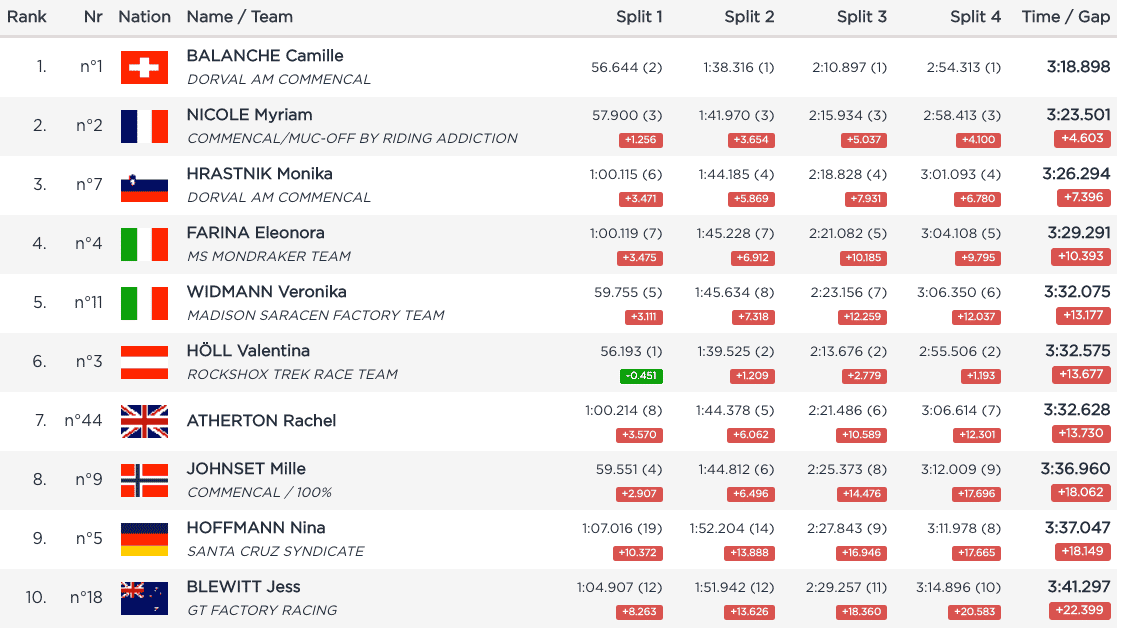 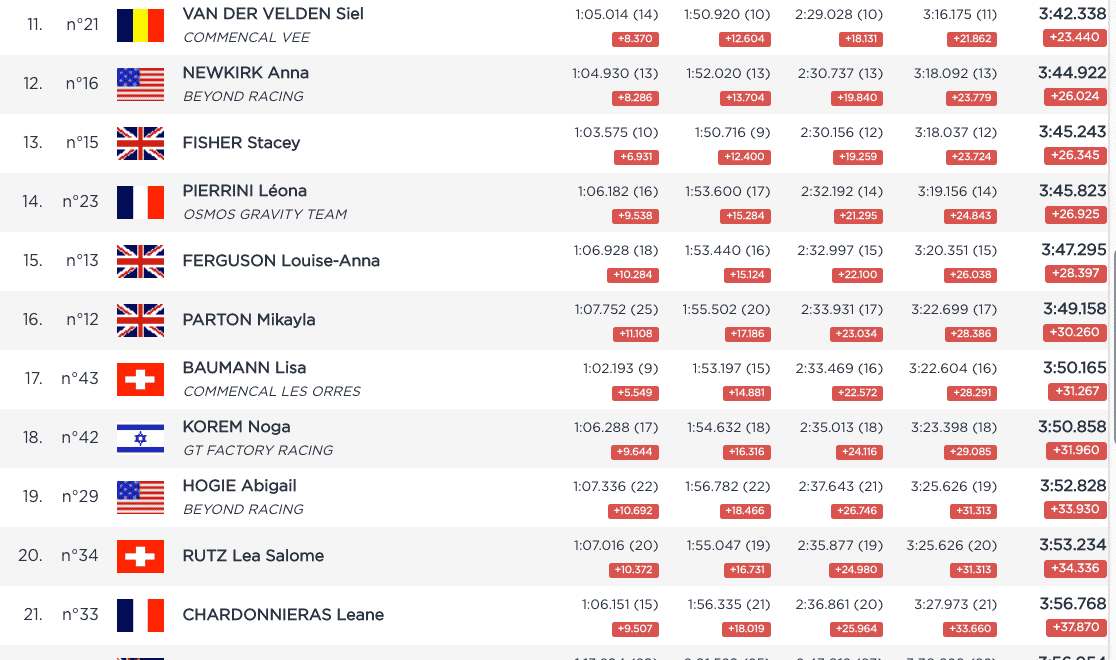 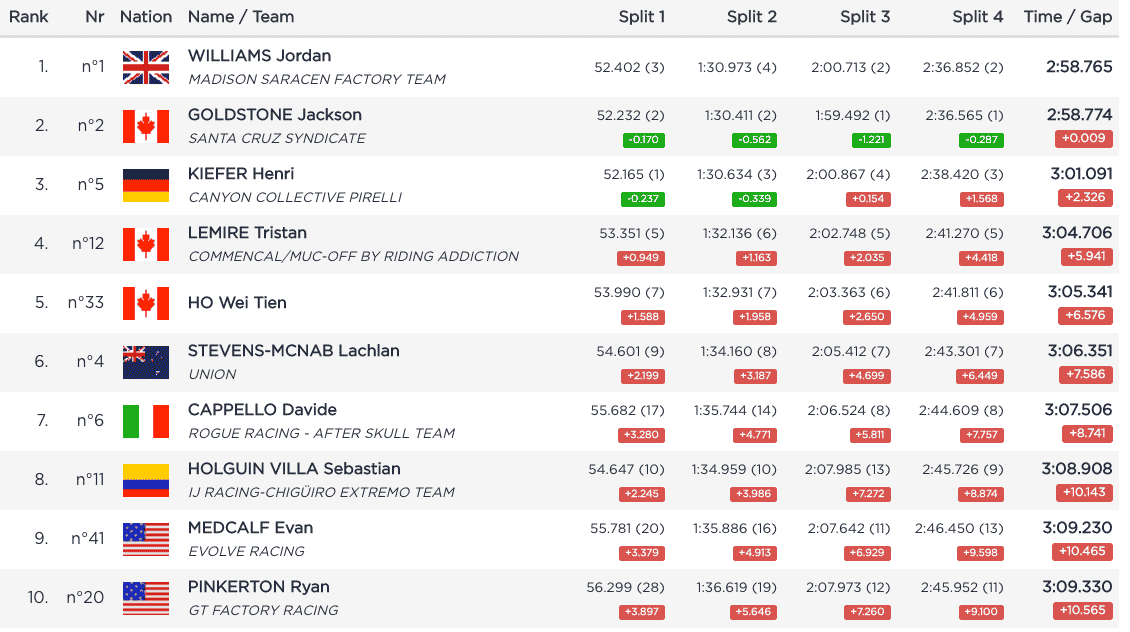 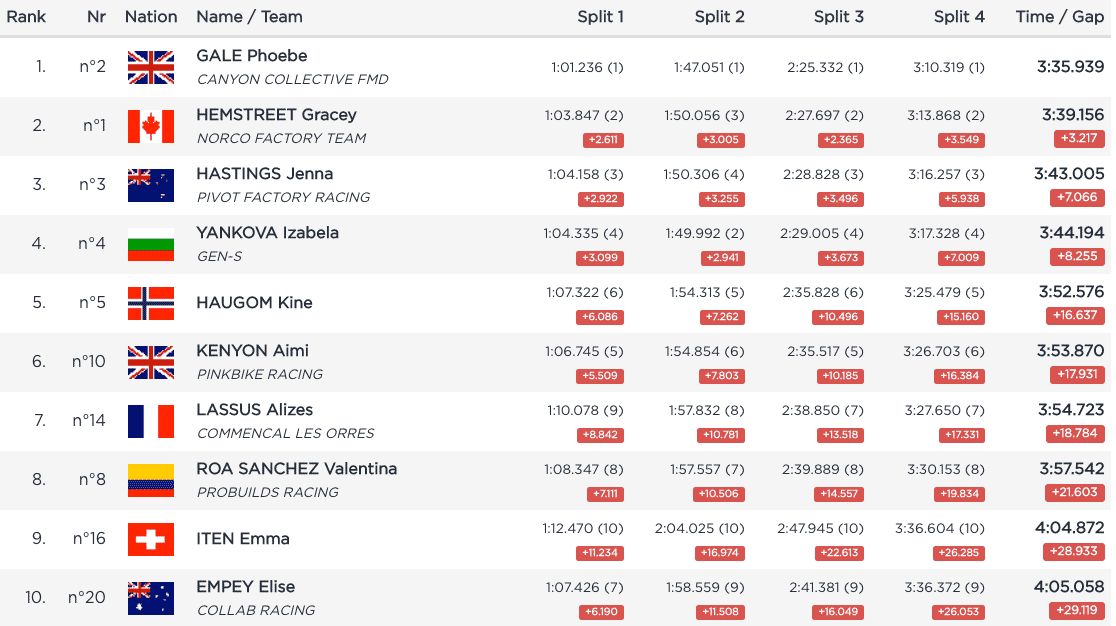