Whistler, B.C., August 14, 2022 – The final race event of Crankworx Whistler 2022 has wrapped with the RockShox Canadian Open DH, also the final stop for the Canada Cup Downhill Race season. The iconic Canadian Open DH track prevails as a rough course, demanding a race-pace commitment from the riders. Breathtaking riding from the elite men’s and women’s categories, pushing their way down steep, technical corners, the infamous ‘spaghetti root chute,’ and the motorway key section which was described by the riders as extremely loose. The pressure was on to put down the watts, hold on for dear life, and make the correct and fastest line.

If anyone knows how to perform under pressure, it’s former World Cup Champion and the unofficial Queen of Canadian Open DH, Tracey Hannah. The Australian rider gave a masterclass in bike placement on the racetrack today, excelling in the steep tech sections, and ripping through the rough, blown-out corners. She beat the young Aussie, Sian A ‘Hern by 0.7 seconds to earn her fifth Canadian Open DH Gold Medal in a row. 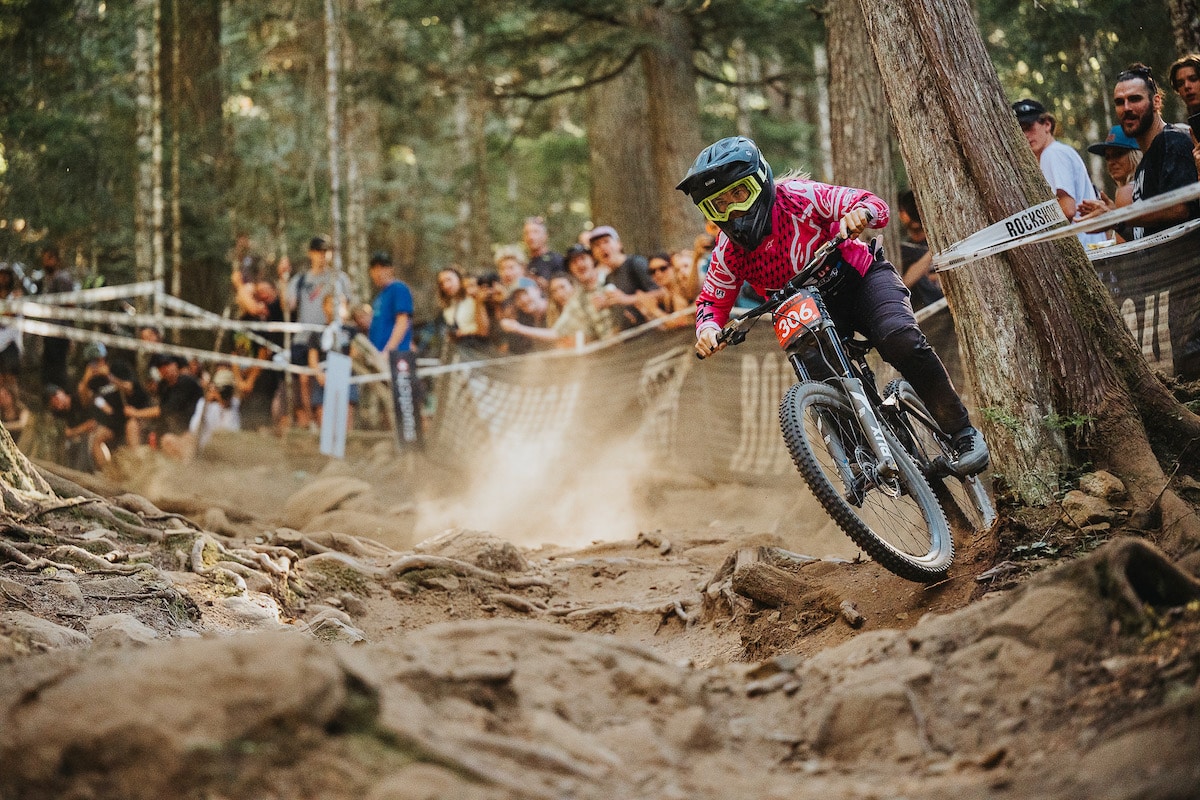 “I mean it’s kind of shocking,” Hannah said. “I haven’t been on my bike for six weeks, and I have been working flat out. I ride a little bit less now, so I know that I knew the track quite well but that my fitness wasn’t there, so I had to ride smart, and knowing that my fitness wasn’t going to help, but I had to ride smart. Luckily, I knew the track quite well, so I was able to get down it kind of without a breath.”

Riding clean and consistent was the name of the game for Troy Brosnan as well to maintain his winning streak on the track. There’s a reason he now has six gold medals in a row in the event (a winning streak he started in 2015), riding with the dominant commanding style the crowd has come to know from the Aussie. 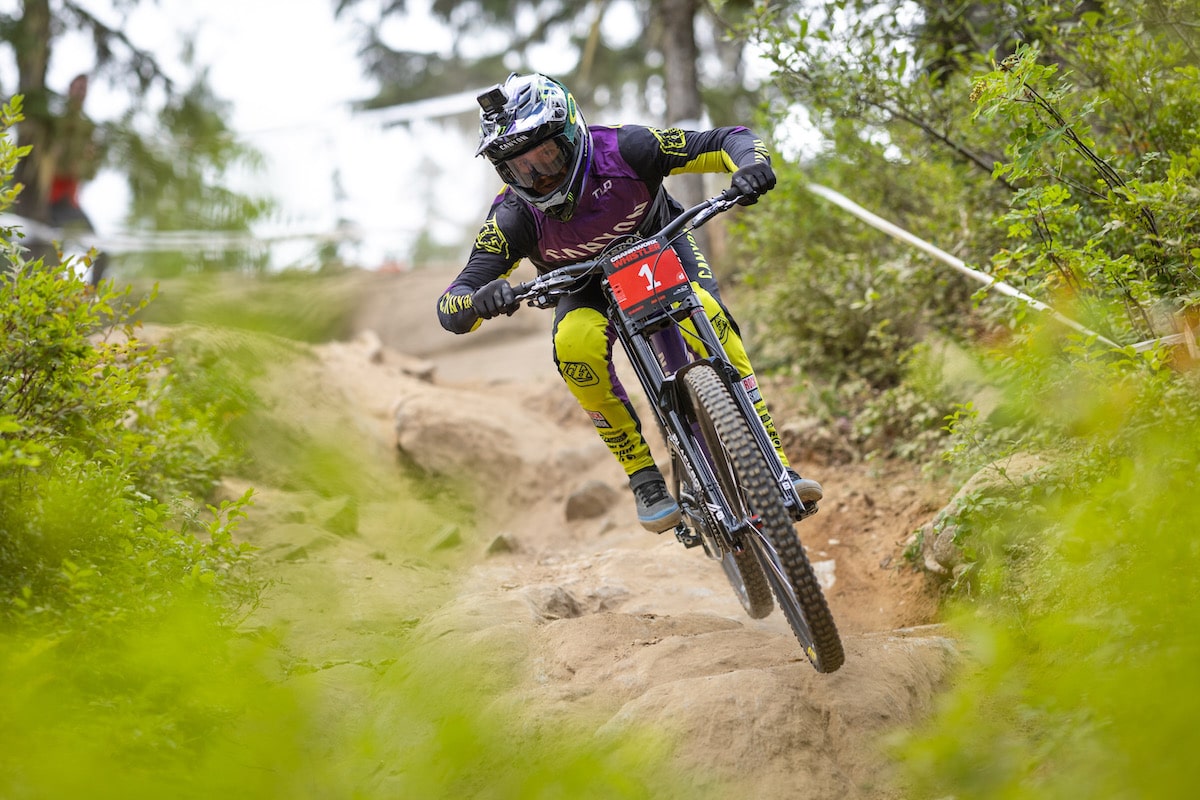 “The race run was really good,” Brosnan said of his winning run. “I felt loose on the bike and could place it everywhere I wanted to. Little mistakes but ones that don’t cost you and that’s what you kind of want in a run, you want to be really on that edge so a big sprint at the bottom and then pedaling into the finish line tucking as much as I could. Super stoked with that run and just happy to get another win.” 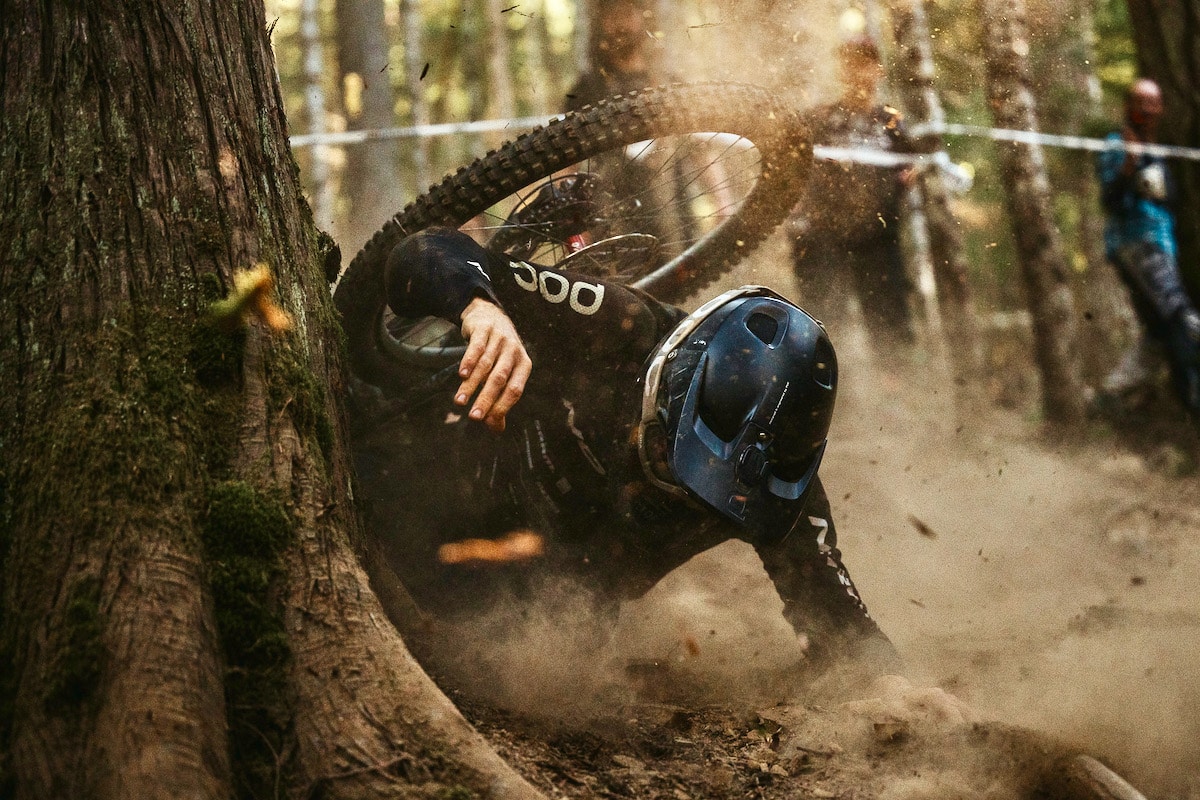 The course was rough, as this rider found out. Photo by Chris Pilling/Crankworx

True to Crankworx, with races that bring together a mix of legends, seasoned pros and up-and-comers, a Cinderella story arguably stole the day. Privateer downhill racer, Pete Knott, is one of many young Australians who’ve moved to B.C. for the riding. The dark horse Australian was on an absolute tear on his race run, and the first rider to cut down the best seeding time from Troy Brosnan. Knott finished his day on the second step, 3.1 seconds behind the gold-medalist.

“This is my first Crankworx event. I don’t know whether I believe it. I had a good morning at practice, I knew I was riding good, and I knew all I had to do was put together the run I wanted to. That was it and I didn’t really leave anything out there. I just pedaled as hard as I could, and that’s how it all ended up.”

This was a big day on the Crankworx Whistler podium for Australia today with Sian A’Hern taking silver in the Elite Women’s category, and her brother, Kye A’Hern taking home the bronze in Elite Men. British rider, Louise Ferguson knocked Vaea Verbeeck off the podium by 1.3 seconds earning herself the bronze medal in Elite Women’s. 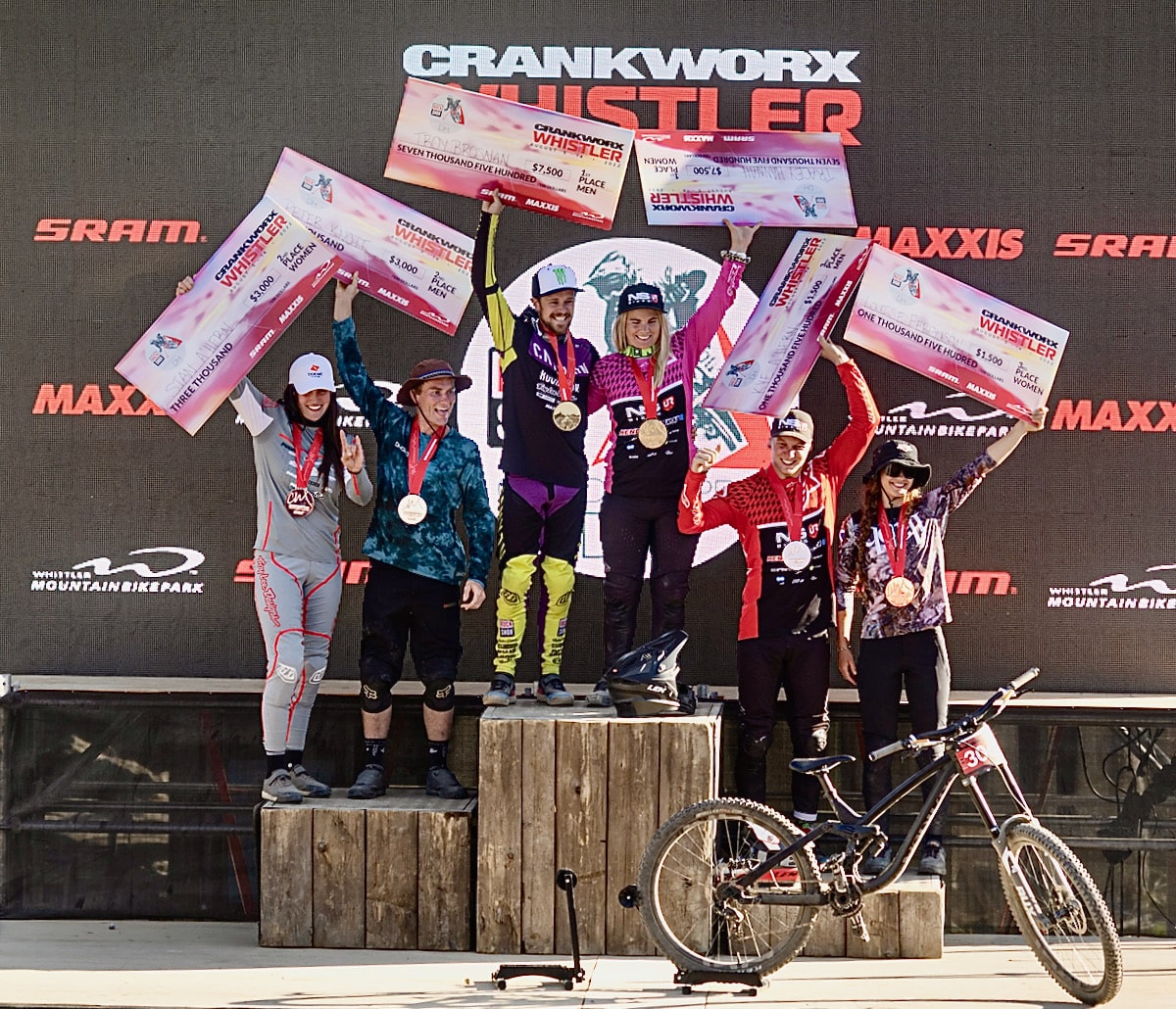 The next stop on the Crankworx World Tour will be Crankworx Cairns, The Paradise Edition. Imagine world-class riding, two UNESCO World Heritage areas (hello Wet Tropics Rainforest and the Great Barrier Reef), the world’s oldest continuous living cultures of Indigenous people, and a laid-back, thriving city. Add to that the world’s largest mountain bike festival to make this a bucket-list-worthy destination.