Trail Mix” is our selection of the best photos sent to us by riders from all over the world. Every month we love sifting through the photos of riders out on the trail doing what they do best—enjoying this awesome sport. If you’d like to see your photo in the pages of MBA, you can submit them by following the directions at the end. Happy trails! 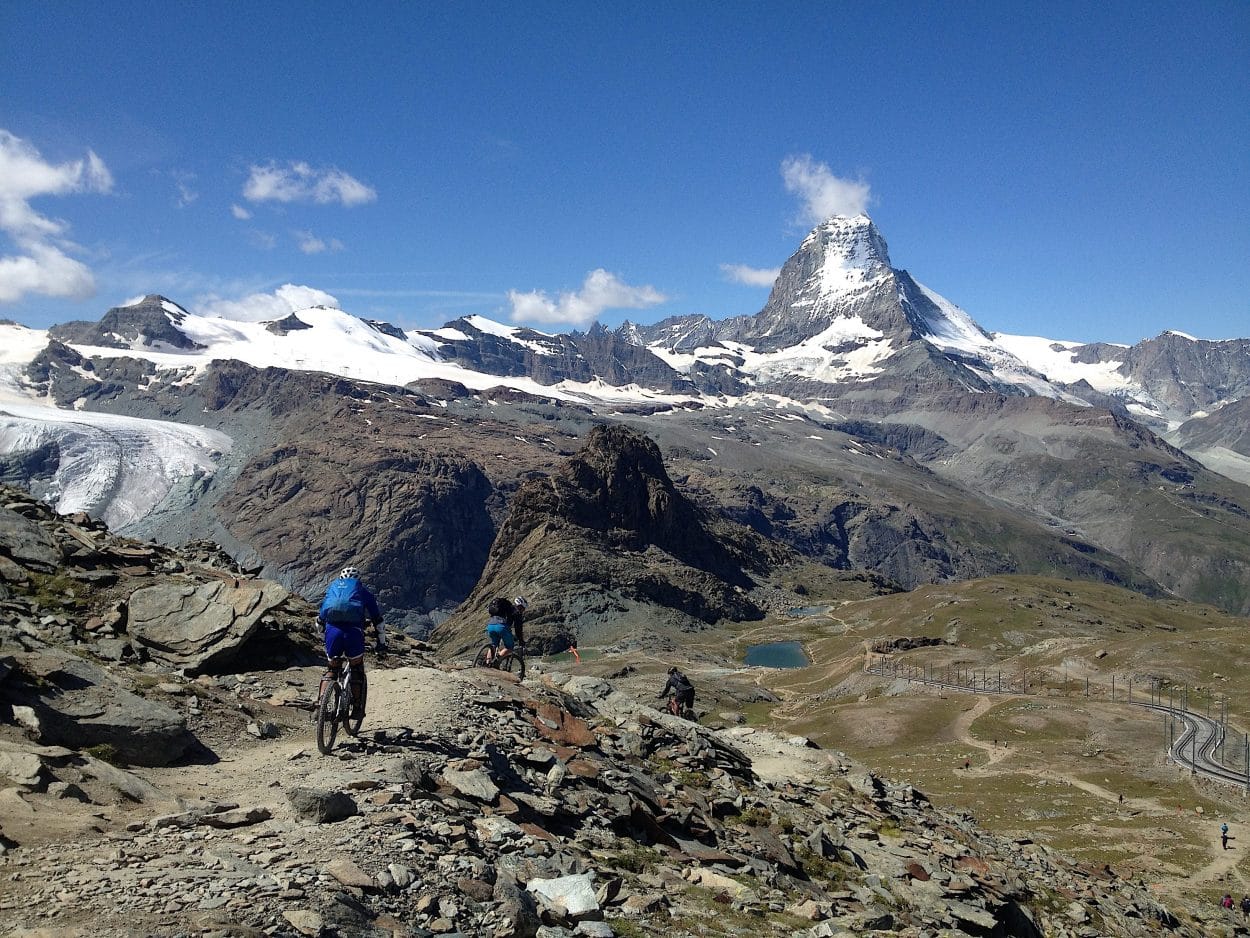 At left (blue backpack), you can see me enjoying some breathtaking singletrack that only Zermatt, Switzerland, could deliver! The famous Matterhorn is at top right.

RIDING NEAR THE DEAD SEA IN ISRAEL 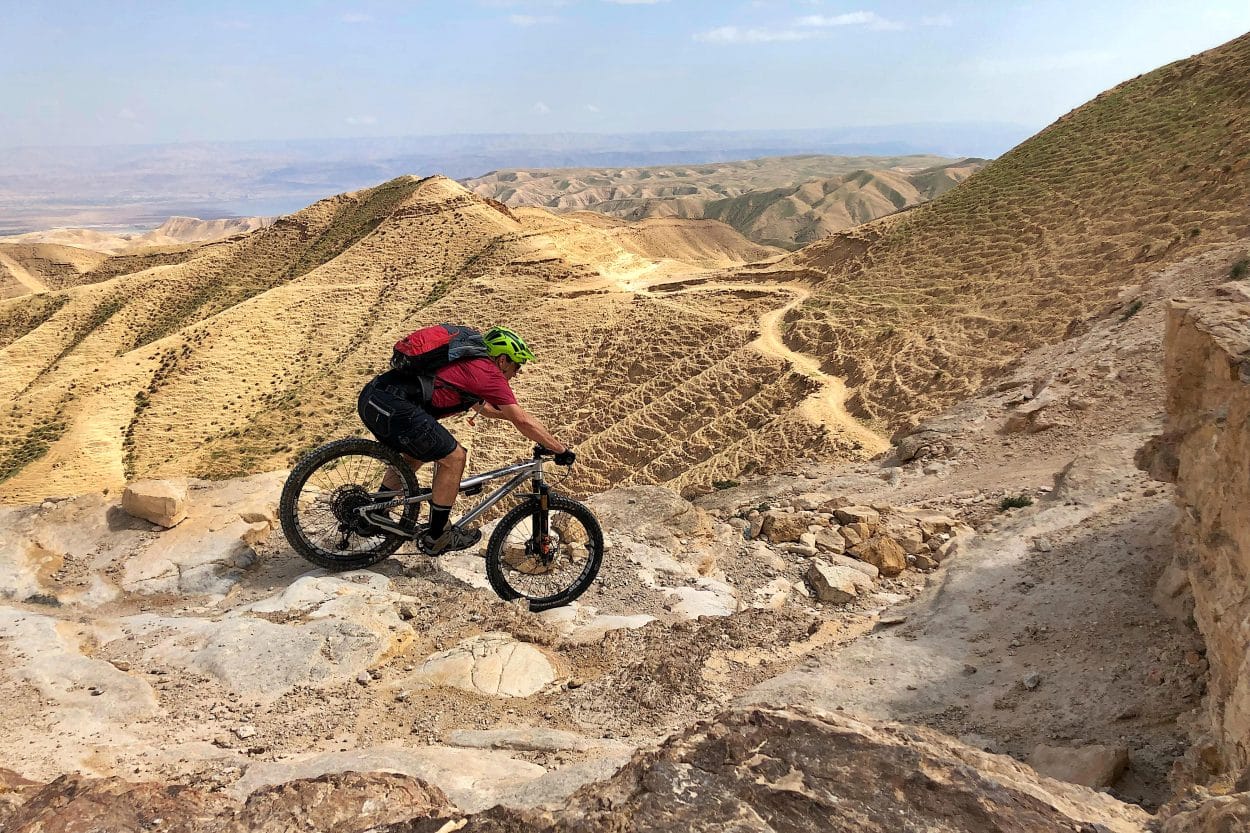 Dropping into the Sugar Trail in Israel. You can just make out the Dead Sea in the distance. The Sugar Trail is an old camel trail that runs from just outside Jerusalem down to the Dead Sea. Photo by my guide, Johan Hjord of SabaBike.com.

Only got one ride in on this trip, but it was amazing! Sugar Trail was a great shuttle ride, and the weather in February is nice and cool. The day of the ride started out with light rain (I was worried they might cancel), but it cleared to nice and sunny as we left the city. The ride starts in Ma’ale Adummim, just outside Jerusalem, on some gravel roads, mostly downhill with a couple of short, steep climbs till we hit rolling singletrack with a few technical sections. 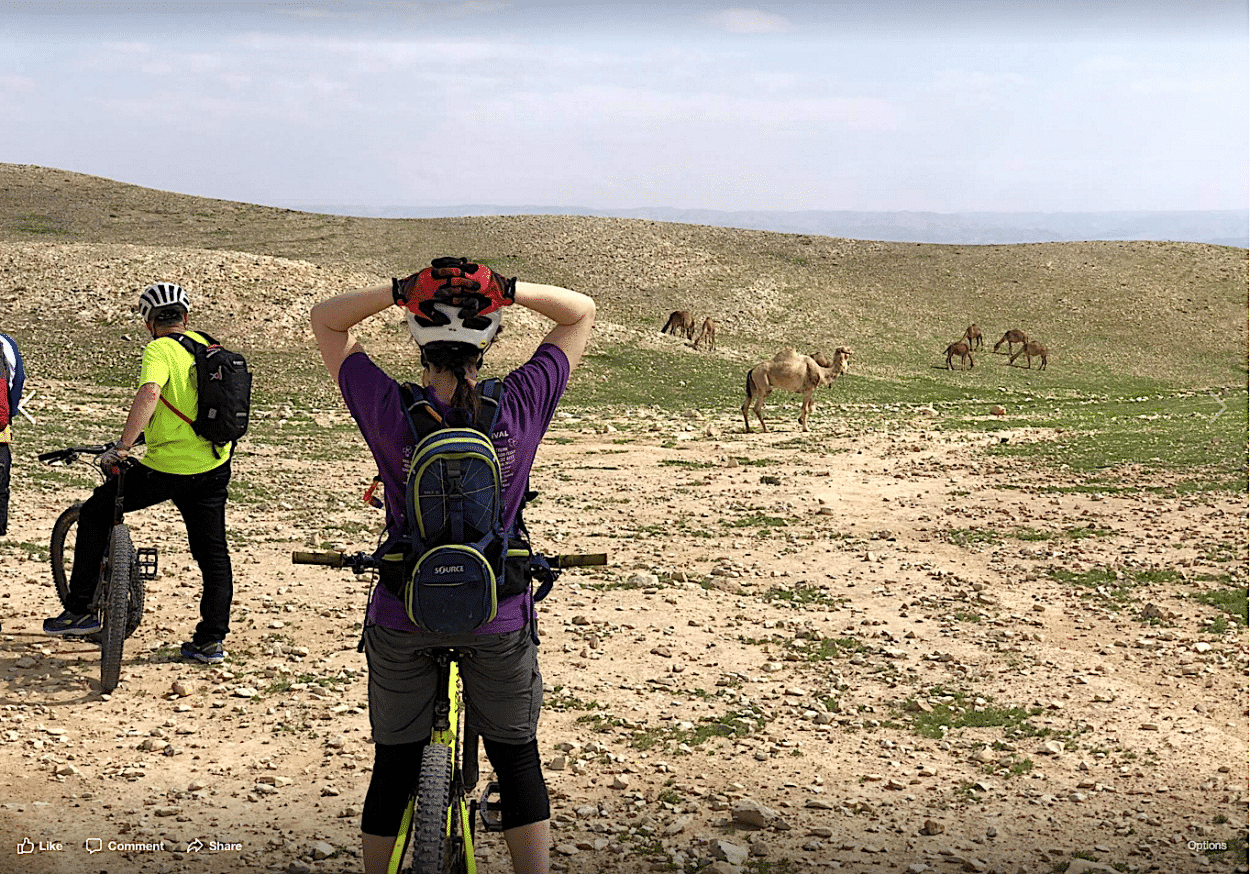 Over the course of about 15 miles, we descended from an elevation of around 1700 feet above sea level to 750 feet below sea level! The Judean Desert hills were green (which is rare) and spring flowers were blooming. We passed by camels, Bedouin camps and even a Muslim monastery (didn’t know they existed). My friends—Ze’ev Baruchi and his daughter Yfat, reasonably fit but not experienced mountain bikers—were able to enjoy the ride with only a few hike-a-bike sections. SabaBike provided hotel pickup, Commencal dual-suspension rigs, quality gear and lunch!

Hope to do more riding with SabaBike (looking at their five-day tour) on my next trip to Israel. 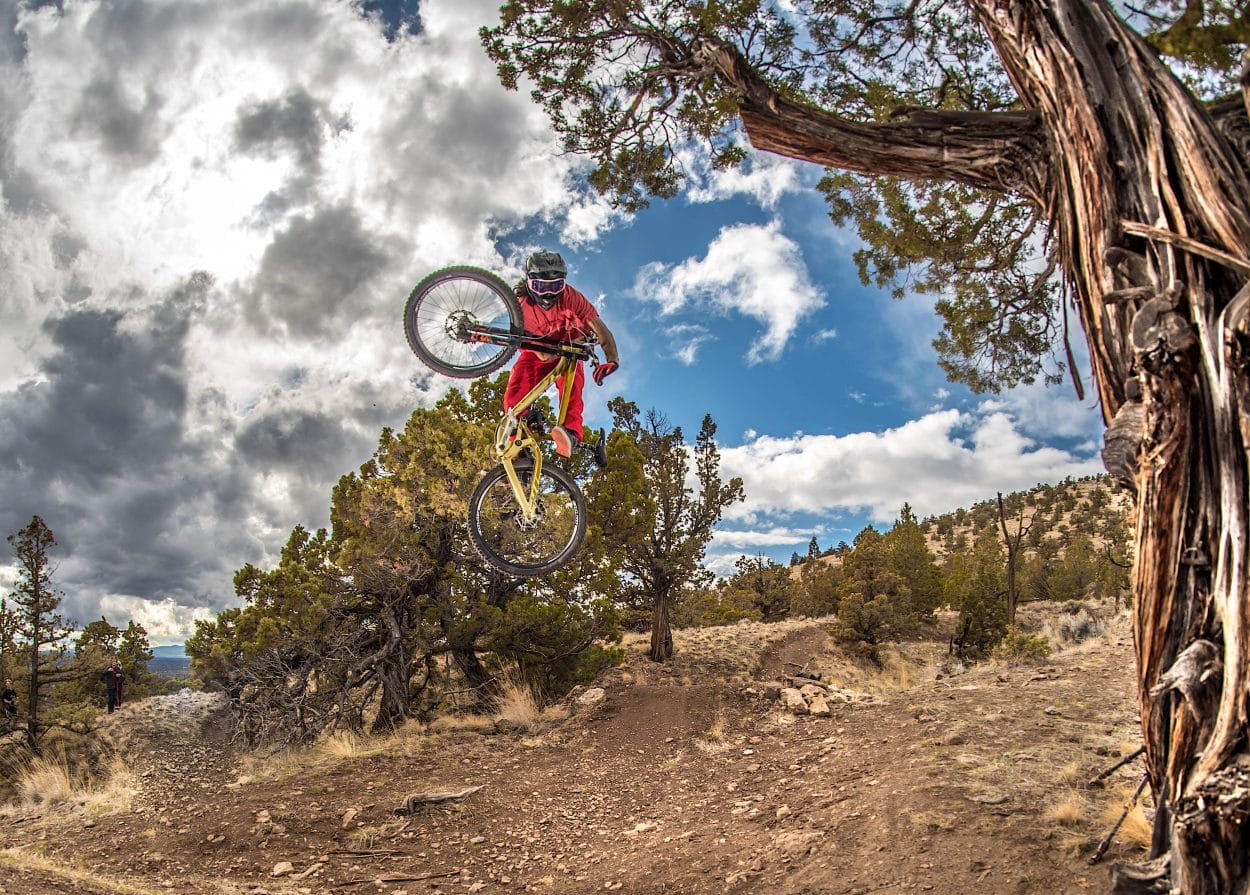 I was out at Cline Butte in central Oregon with pro scooter rider Matt Edleston on a Rocky Mountain, who’s good friends with Red Bull rider Carson Storch, who was there as well, and the pro rider who’s in these images, Kyle Jameson (in red), who rides for Scott Bikes. 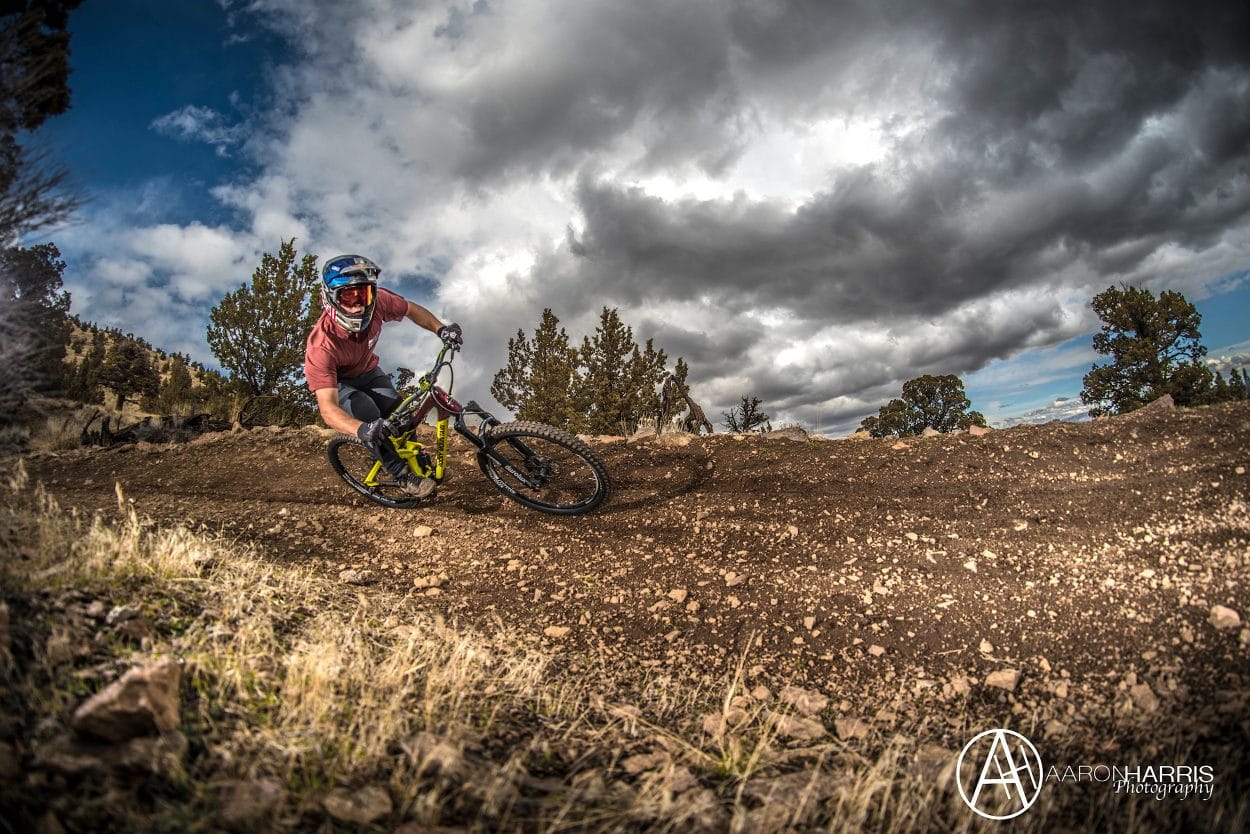 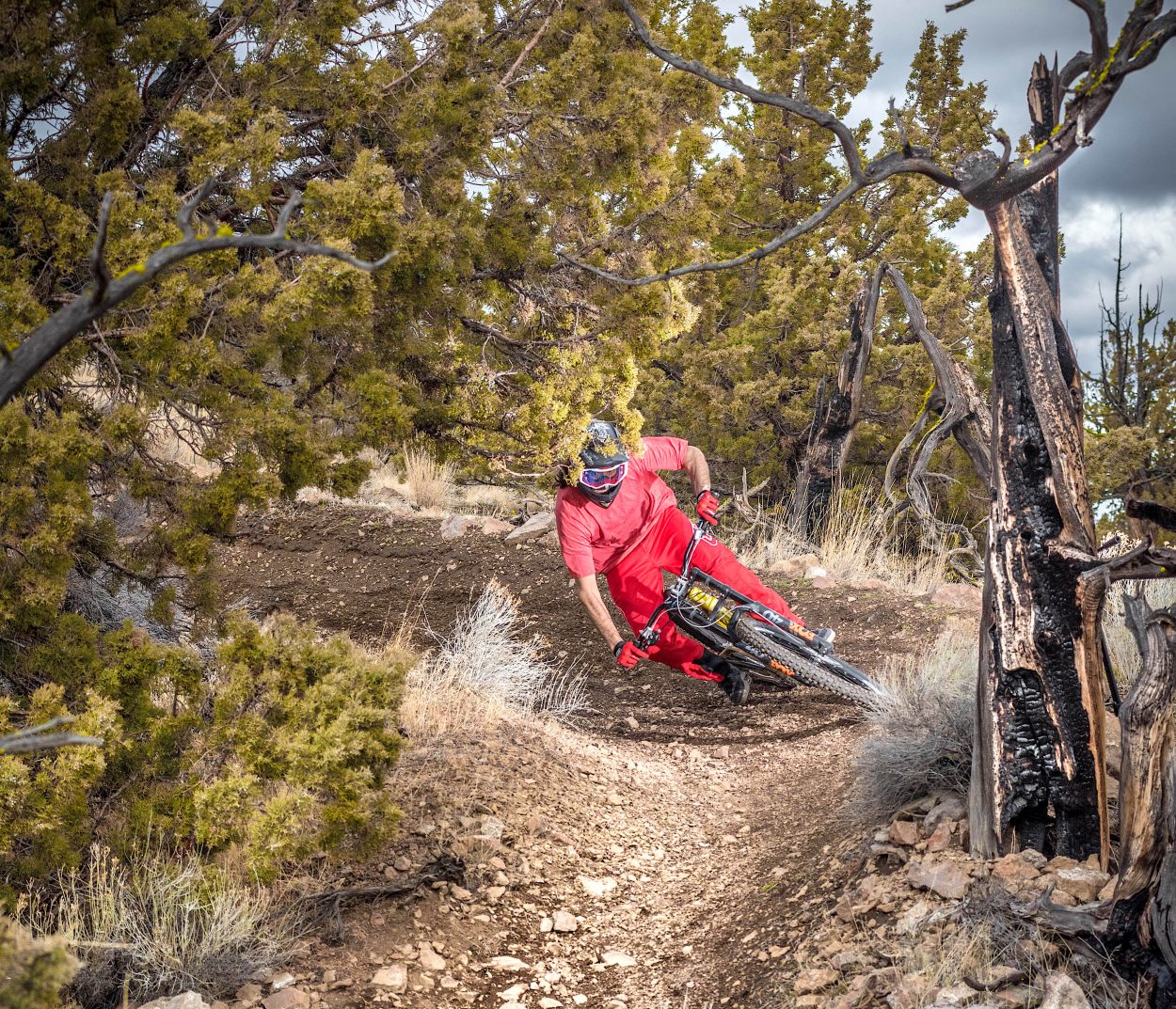 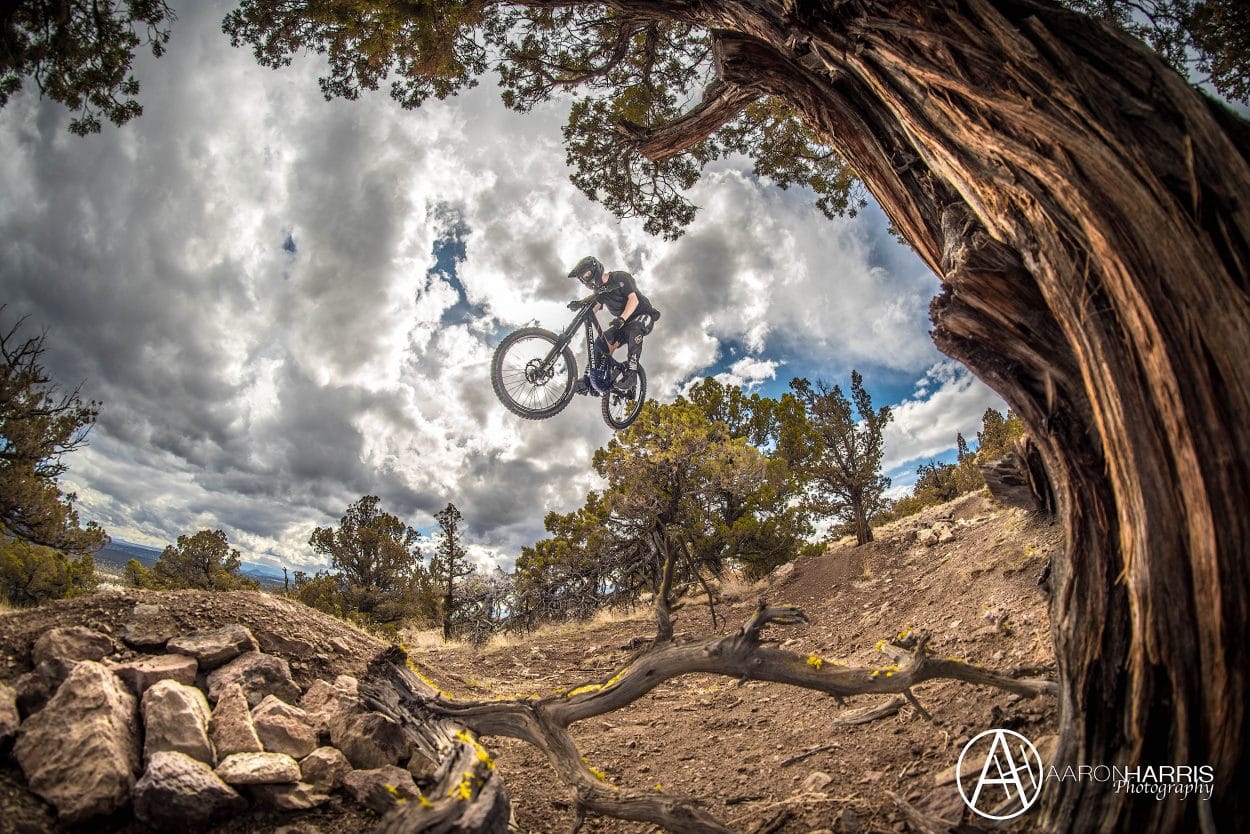 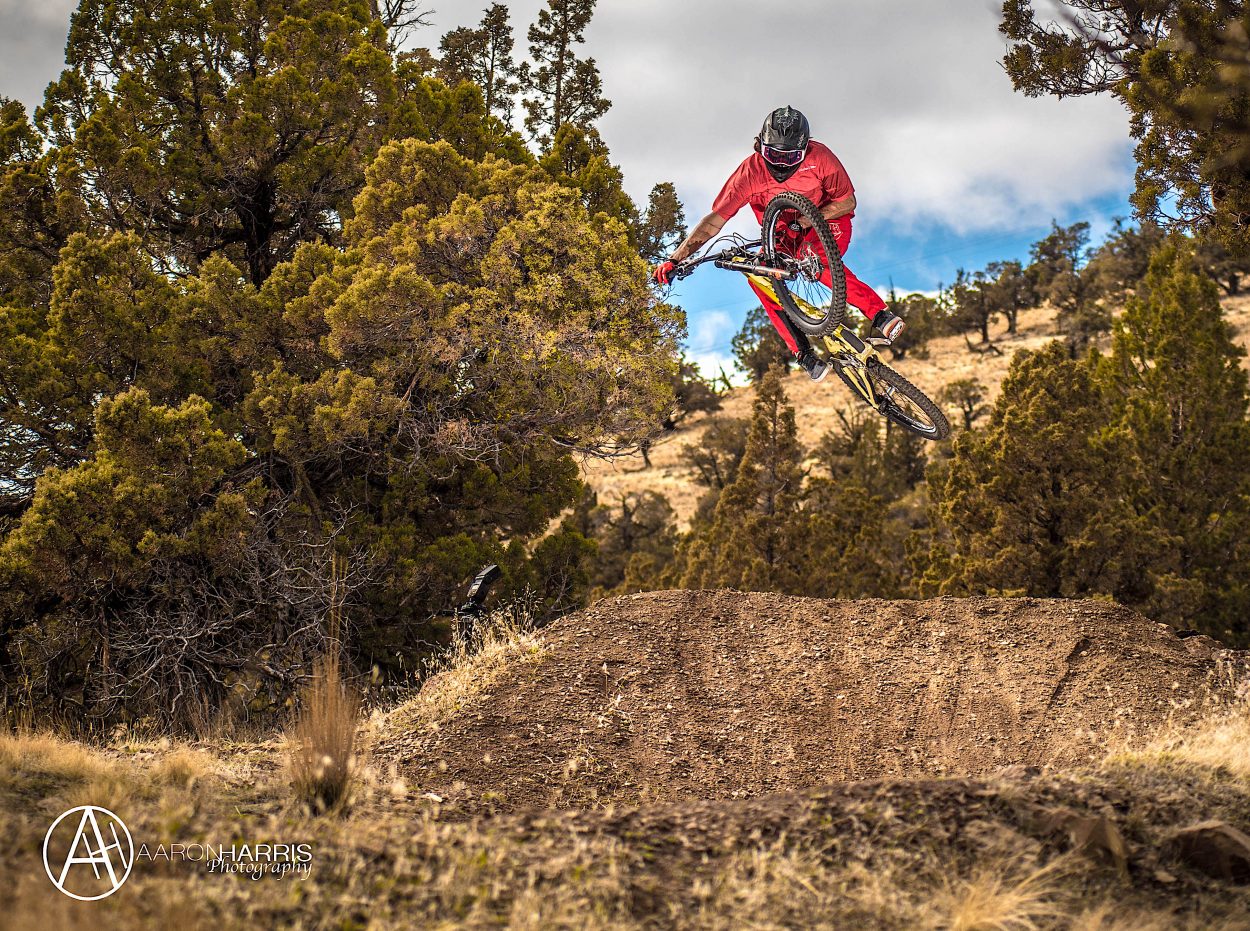 I’m trying to get my name out in the action photographic industry, and I’ll take any shares I can get. My Instagram is @aaronharrisphoto.

1. Image file size needs to be between 600 KB and 10MB.
2. Include your name, city and the state where you live.
3. Tell us what is going on in the photo and include names.
4. E-mail it to [email protected]

“Trail Mix” rider of the month:

Angie Morgenstern for crushing it in Prescott, Arizona