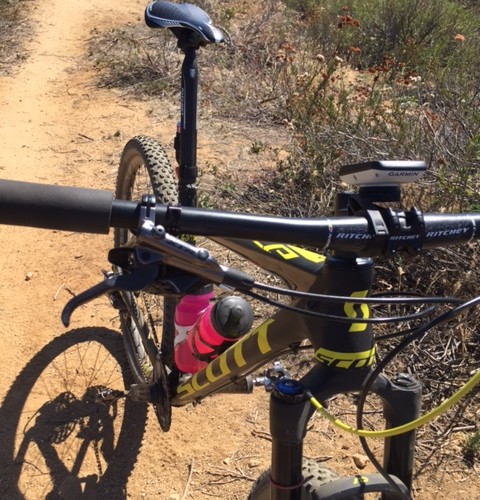 Recently we have begun testing a Scott Scale 700 RC for our 29 vs. 27.5 cross-country shootout that will be published in the October issue.  The Scale is going head to head with a Cannondale FSI that we have also been riding to see which wheel size is better suited for cross-country riding.  The Scale is impressive so far.  The overall weight of the bike is one of the lightest that we have tested in a long time.  With a bike this light and smaller wheels, the Scale has given our local cross-country loops a little extra flavor. 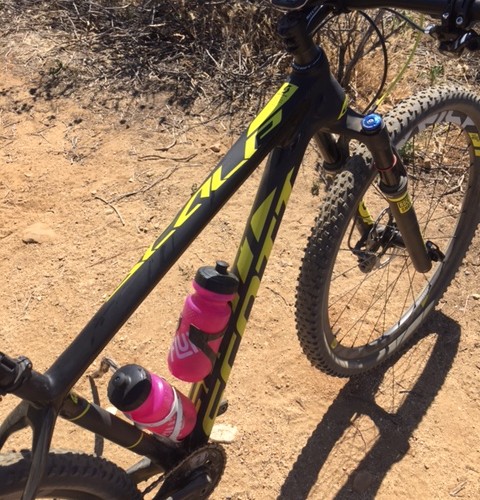 The 700RC has a SRAM XX1 build kit with Shimano XTR Race brakes.  Scott went big on the accessories using carbon Ritchey bars and seatpost.  On the front end we are riding a Rockshox SID RL3 fork that uses Scott’s RideLoc Remote to switch between 3 different modes.  To tie it all up are Syncros 28H tubeless ready wheels with Schwalbe Rocket Ron 27.5×2.1 tires. 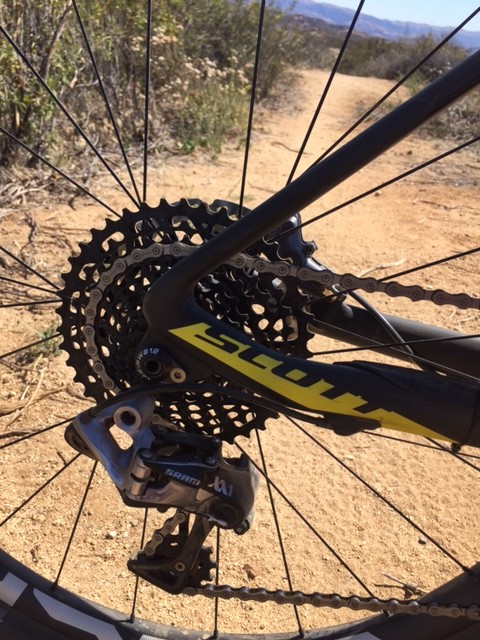 Keep an eye out for our complete review and results. 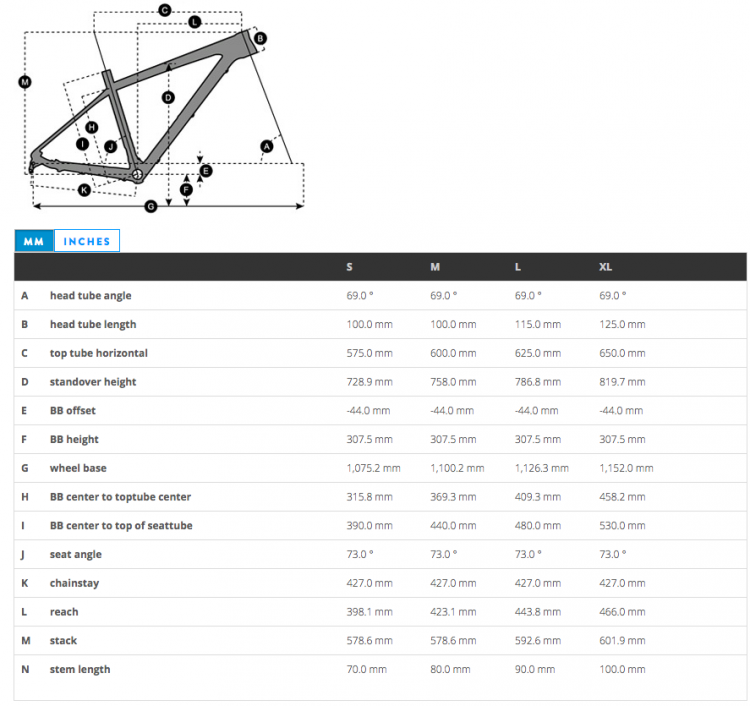 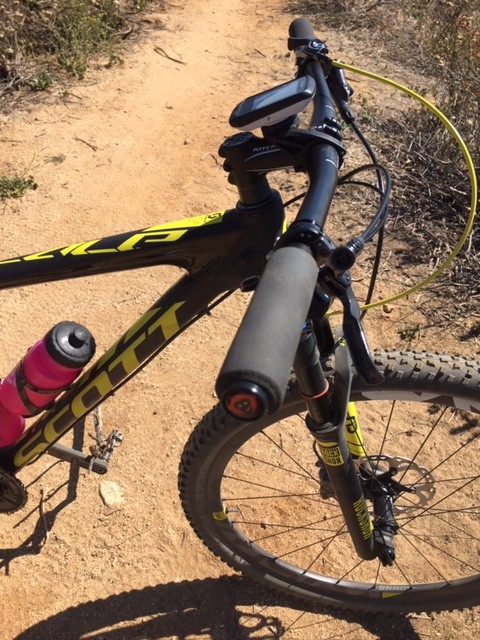 The wrecking crew strives to put as many miles on each test bike before we write a full review. Watch for the full write-up on this bike in the coming pages of Mountain Bike Action.

Photo of the Day: Close to Home

A MOUNTAIN BIKER DEALS WITH THE CORONAVIRUS