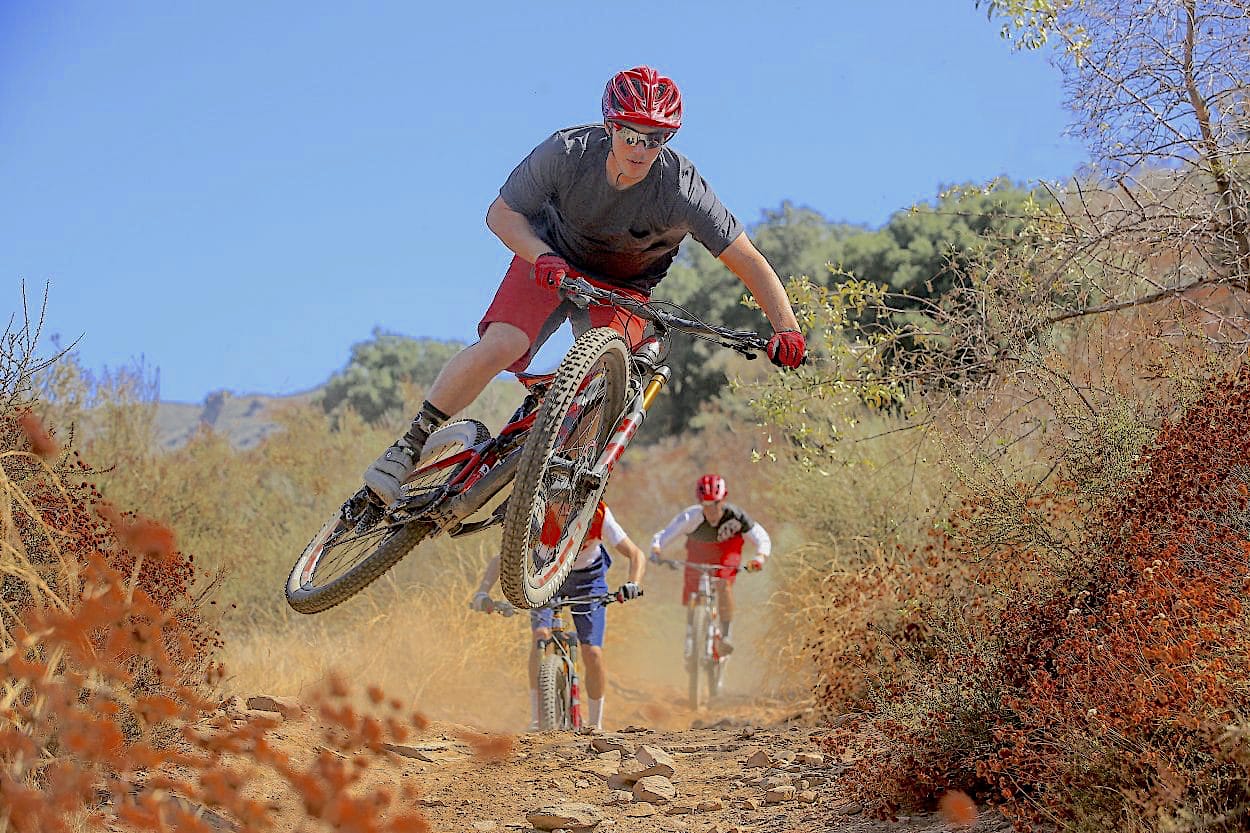 The Buddy system is the way to go. Brandon “Air-Time” Castelli is leading the pack of a little game of Follow-The-Leader.

I completely agree with Brandon in his January “B’s Buzz” column about the importance of having riding buddies. Like him, I usually would ride alone, but last year I met a guy on my local trails who said he does a ride with his friends every Wednesday after they get off work. He said I could join him any time.

I was so excited, but also a little nervous that they might be way faster than I am and I’d hold them back. Instead of chickening out, I thought, “Why not go for it and see for myself what the group ride was all about?” We met up the following week and had an excellent ride until about three-quarters of the way into the ride when my chain snapped. I was so embarrassed and couldn’t help but think that had I ruined the group’s ride, but they were so nice about it.

One of the guys in the group happened to have a spare chain link. He graciously fixed my bike, and we continued the rest of the ride. Of course, I owed that man a post-ride beverage and offered to pay for the spare link. He turned down the money but was happy to let me buy him a drink after the ride. Since then, I’ve been riding with the group almost every week.

Read MBA’s Story: How to Double Your Available Riding Hours

Leatt Introduces A New Line of Shoes For 2020