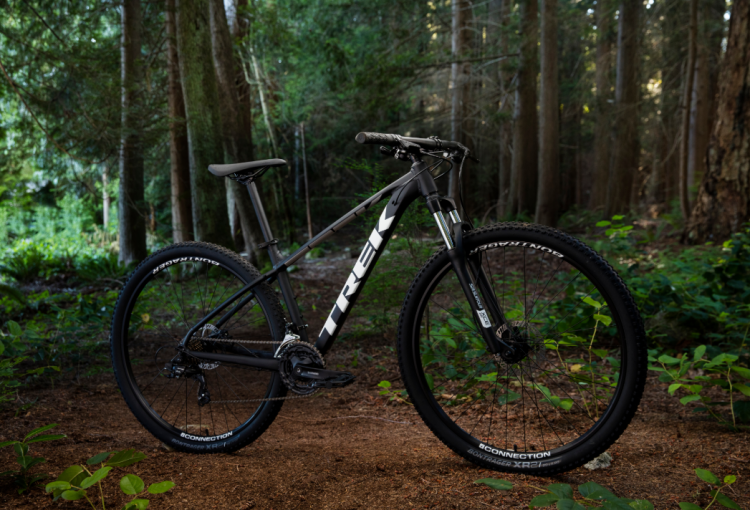 All-new Alpha Silver Aluminum frame
This is a frame-up overhaul of Marlin. All new Marlin models, with the exception of Marlin 4, now feature a sleek Alpha Silver Aluminum frame that’s closer in geometry and weight to its more race-oriented sibling, X-Caliber. The new Marlin frame is equipped with internal routing for all cables and housing, along with internal routing ports for dropper post upgrades and an updated 31.6mm seat tube. 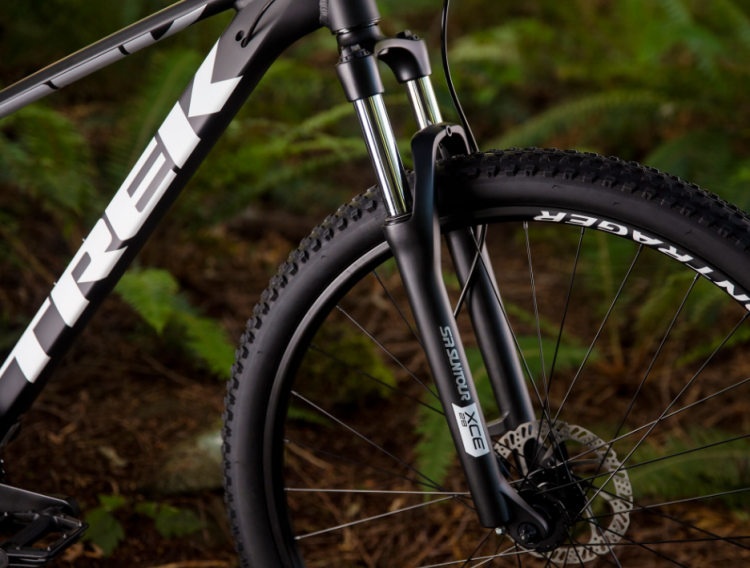 “A better introductory mountain bike means a better experience for new riders,” said Trek Mountain Bike Product Manager Chris Drewes. “Marlin is a true performance bike, one that’s fully capable of long rides and races. It offers so much more than what people have come to expect at this price point.” 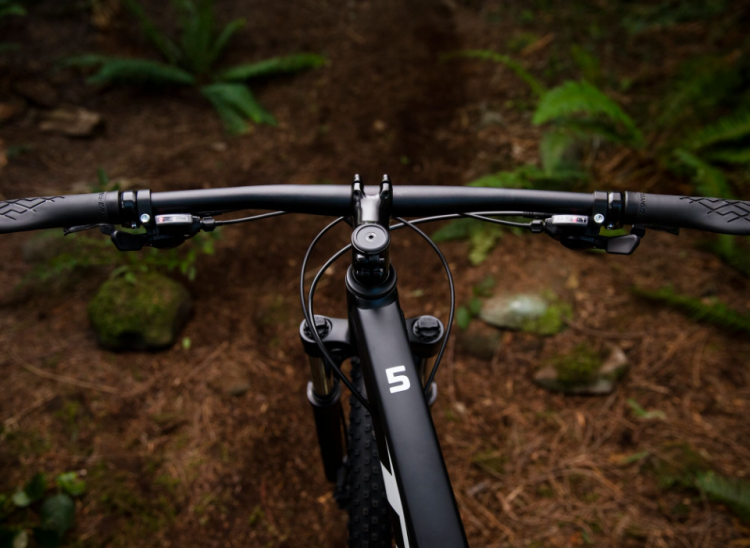 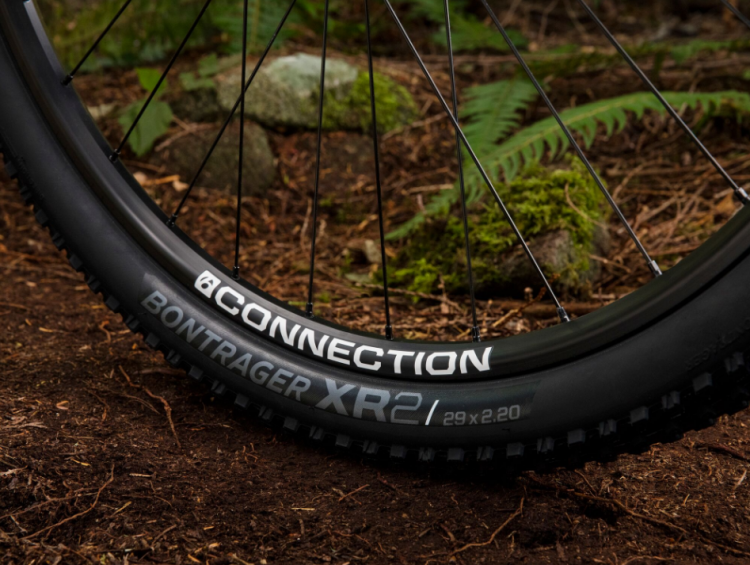 Each Marlin model is equipped with a suspension fork with 100mm of travel, disc brakes, and a reliable drivetrain chosen for its durability and value, which makes Marlin an outstanding choice for new trail riders, racers on a budget, NICA student-athletes, and daily commuters who value the durability of a mountain bike.

Marlin Women’s replaces Skye
Trek also unveiled today all-new Marlin Women’s models, which have the same performance frame and drivetrain as their unisex counterparts, with Women’s Specific Design touchpoints, like saddle and handlebar width, that can provide a better fit and feel from the start. Marlin Women’s models in 13.5˝ and 15.5˝ sizes feature a frame with a lower standover height, and the 13.5˝ size is spec’d with a shorter 80mm fork. The Marlin Women’s line replaces Skye, Trek’s beginner Women’s mountain bike offering. 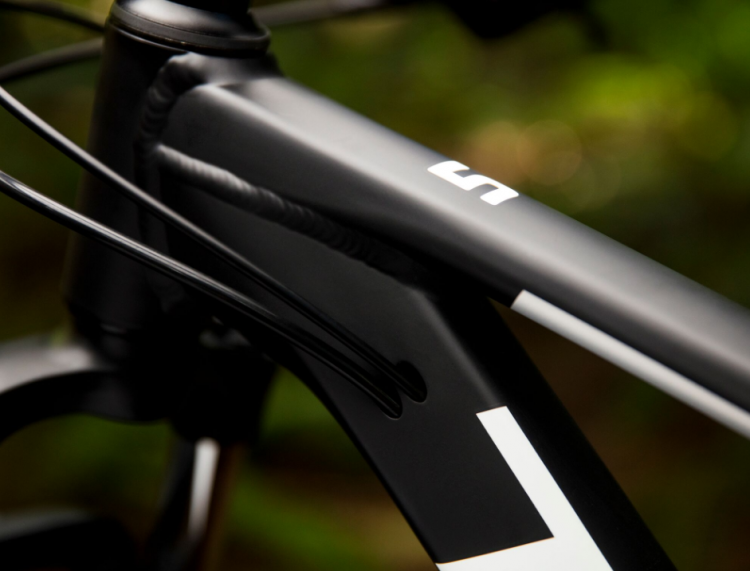 Smart Wheel Size and seven frame sizes
Marlin is available in a broad range of seven frame sizes, ranging from 13.5˝ to 23˝, to fit more riders. This is the widest size range in the industry. The new lineup also features Smart Wheel Size so every rider gets the fastest wheel that fits. 13.5˝ and 15.5˝ frames will get 27.5˝ wheels, short-reach brake levers, and narrower handlebars that make it easier for riders with smaller hands to stay in control. Marlin and Marlin Women’s models in the 13.5˝ frame size are equipped with a shorter 80mm fork for a better fit. All other Marlin and Marlin Women’s models are equipped with 100mm of front suspension and 29er wheels. 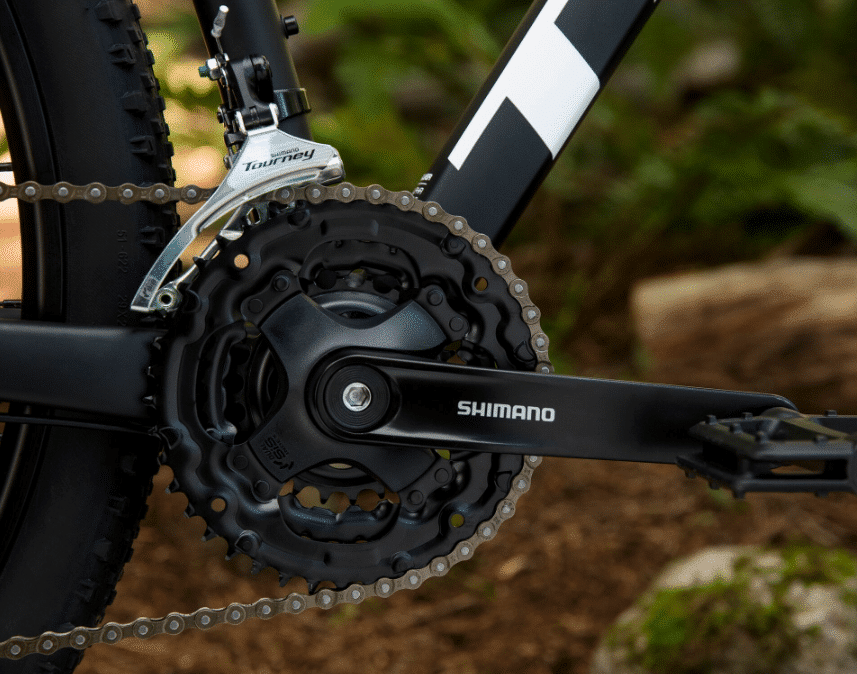 Traditionally, Marlin has been the bike of choice for beginner trail riders and commuters who favor the ruggedness of a real mountain bike. The all-new Marlin is equipped with mounts that make it easy to integrate accessories like a rear rack, and also includes an integrated kickstand mount on the chainstay. 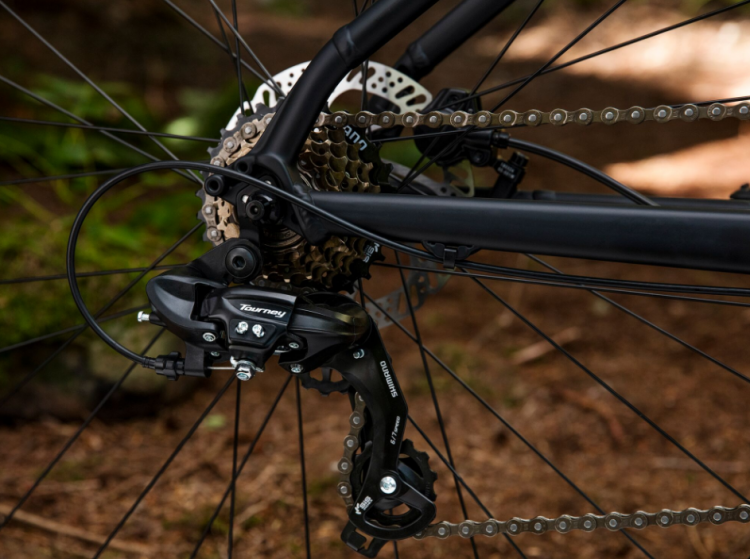 Flagship Marlin 7
The marquee model of the Marlin lineup is built to hold its own against far more expensive cross country bikes, delivering outstanding race performance at an exceptional value. A high-quality RockShox fork with a lockout feature and 100mm of travel, a 27-speed drivetrain, and a low-profile Shimano Shadow rear derailleur make it fully capable of taking on long trail rides.
Marlin and Marlin Women’s are each available in four models through Trek’s global network of retailers and on trekbikes.com. Pricing ranges from $449.99 MSRP to $749.99 MSRP, with the carry-forward Marlin 4 and the flagship Marlin 7 at either end of the spectrum.
$750 mtb2019 Trek Marlinentry level mountain bikehardtailTrek Bikes
Share FacebookTwitterEmailReddItLinkedinPinterestTelegramWhatsApp