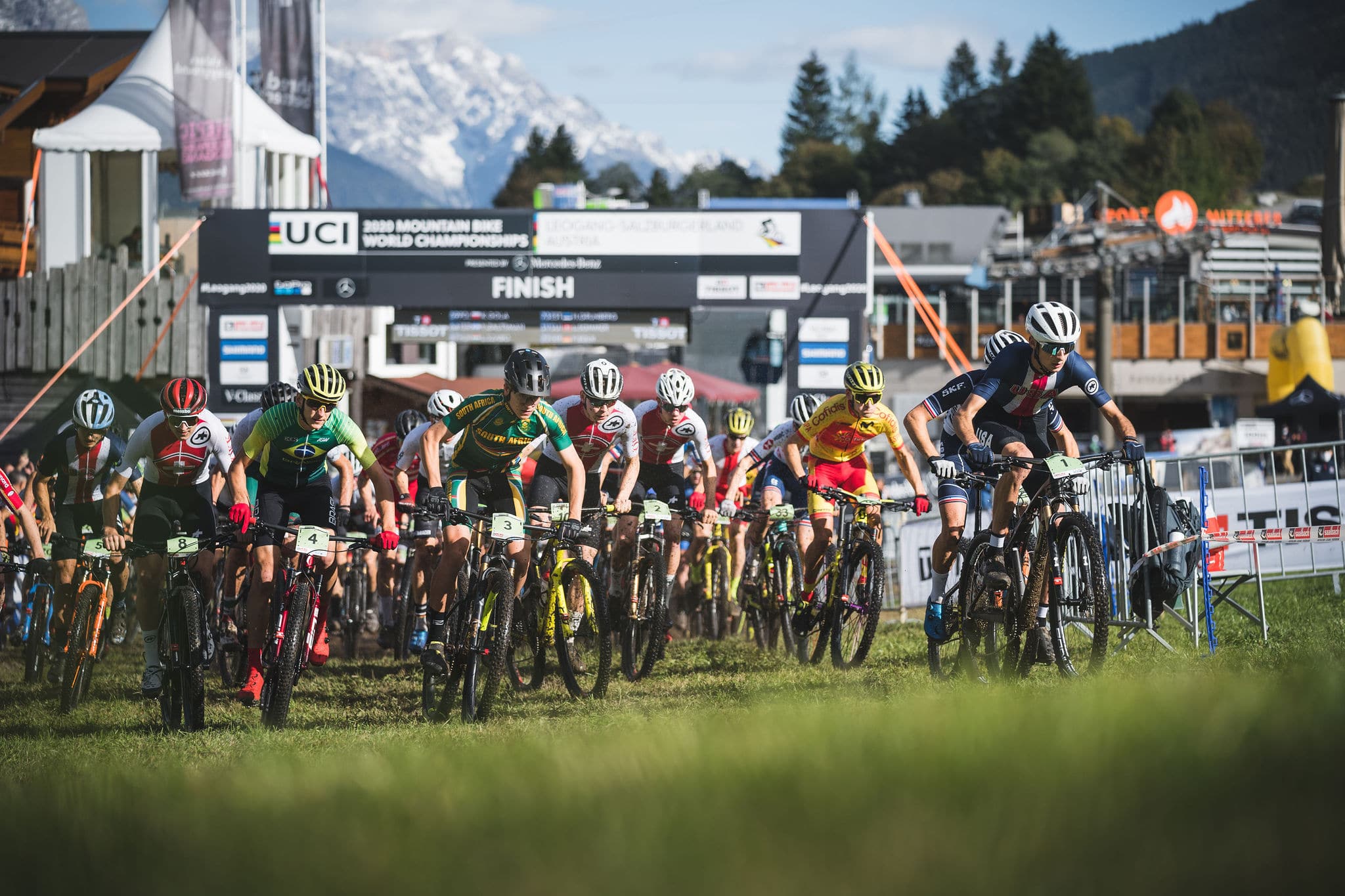 Downhill training was the first real opportunity this year to see the world’s best Downhill riders in action, and right away, everything is on the line – with World Championship titles up for grabs over the weekend.

Impressions from yesterday’s track walk left many riders puzzled on how to tackle the new section in the woods, made up of an insanely steep, muddy section as well as a big gap jump, which probably ranks Top 3 on the World Cup circuit when it comes to size.

For Valentina Höll, Austria’s National Champion and World Cup Junior phenom, this will be her first World Championships as part of the Women Elite ranks. The young Austrian is no stranger to the podium of a World Championship, winning the Junior title in 2018 and 2019.

“The new part of the track is definitely interesting and I’m sure that not a lot of people thought that it would be so tricky. My first practice run felt good. The conditions were already a lot better than during the track walk and once the ruts formed, it was actually pretty grippy. The river gap will really be an interesting feature. I believe that, from the women, only Tahnée Seagrave and I have jumped it so far. You definitely do not want to land short on this one,” said Vali following her first few practice laps.

In the meantime, the Cross-Country riders had the chance as well to practice and get a few laps in on the new course – build specifically for this year’s UCI World Championships presented by Mercedes Benz.

The fight for the rainbow jerseys today was all on the Juniors – Men and Women. In Women Juniors Mona Mitterwallner (AUT) was one of the clear podium favorites, having just won the last Junior race in Nové Město.

Just like yesterday, racers face a steep, muddy climb from the get-go, that proved treacherous, being both dry and slick at the same time. Riders capable of conquering this early climb without putting a foot down or getting off of their bike were able to put substantial distance between themselves and the chaser pack.

Podium favorites Mona Mitterwallner (AUT) and Puck Pieterse (NLD) got off to a flying start and led the pack early, but the Austrian racer would prove to be too strong for Pieterse and the rest of the field, climbing her way to a commanding lead of over 90 seconds at the first split of the third lap. Meanwhile, Cornelia Holland (AUT), Matylda Szczecinska (POL) and Madigan Munro (USA) dropped back early and were not able to put their bid in for a podium spot.

Tyrolean Mitterwallner dominated the race after dropping her Dutch rival and increased her lead with every lap, not letting the tricky conditions slow her down, finishing the race in 1:15:55, almost two minutes faster than her German rival Luisa Daubermann.

“Today was insane. I had a really bad crash that threw me out of…