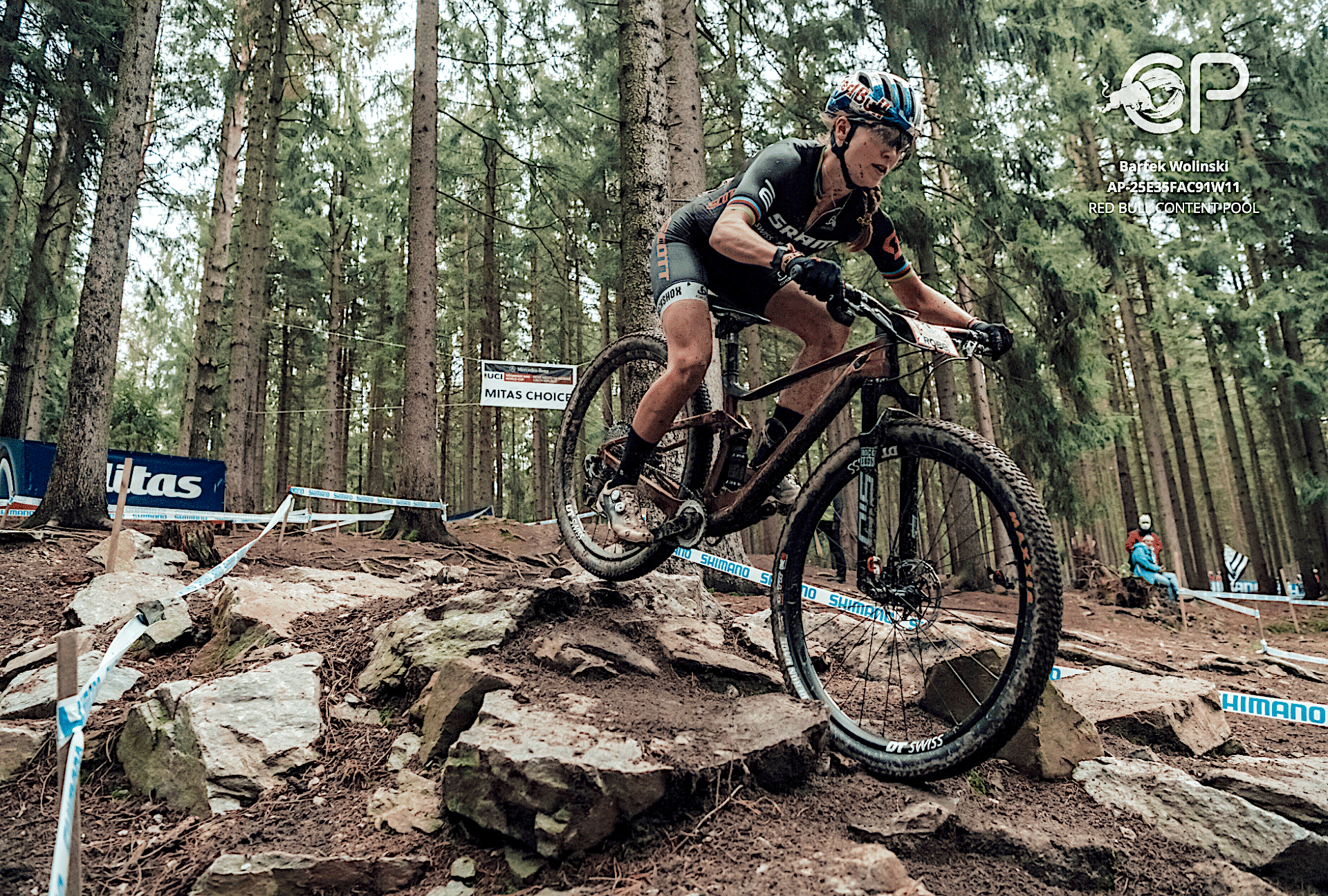 After months of change and uncertainty, the 2020 Mercedes-Benz UCI Mountain Bike World Cup is finally back. Tuesday delivered a wet and wild Short Track race to open the season which will start and end in Nove Mesto na Morave in the Czech Republic, with four Elite races over six days.

– After taking the win in her first-ever Short Track race on Tuesday, Evie Richards was last to the grid and quick off the line. Along with Pauline Ferrand-Prevot and Anne Terpstra, she formed the first lead group of the race. They were joined by Sina Frei, Laura Stigger and Kate Courtney.

– Soon it was the World Champion, Ferrand-Prevot, who started driving the race at the front. Behind her it was the young French rider, Loana Lecomte, who took up the chase. This was Lecomte’s first Elite World Cup, but after her third place in the XCC she was full of confidence and in contention from the very beginning.

– By the mid-race point the U23 French Champion had caught her compatriot and overhauled the World Champion, looking in control. Behind her, Ferrand-Prevot looked safe in second right up to the last lap when Terpstra managed to find an extra gear and quickly close in on the World Champion. 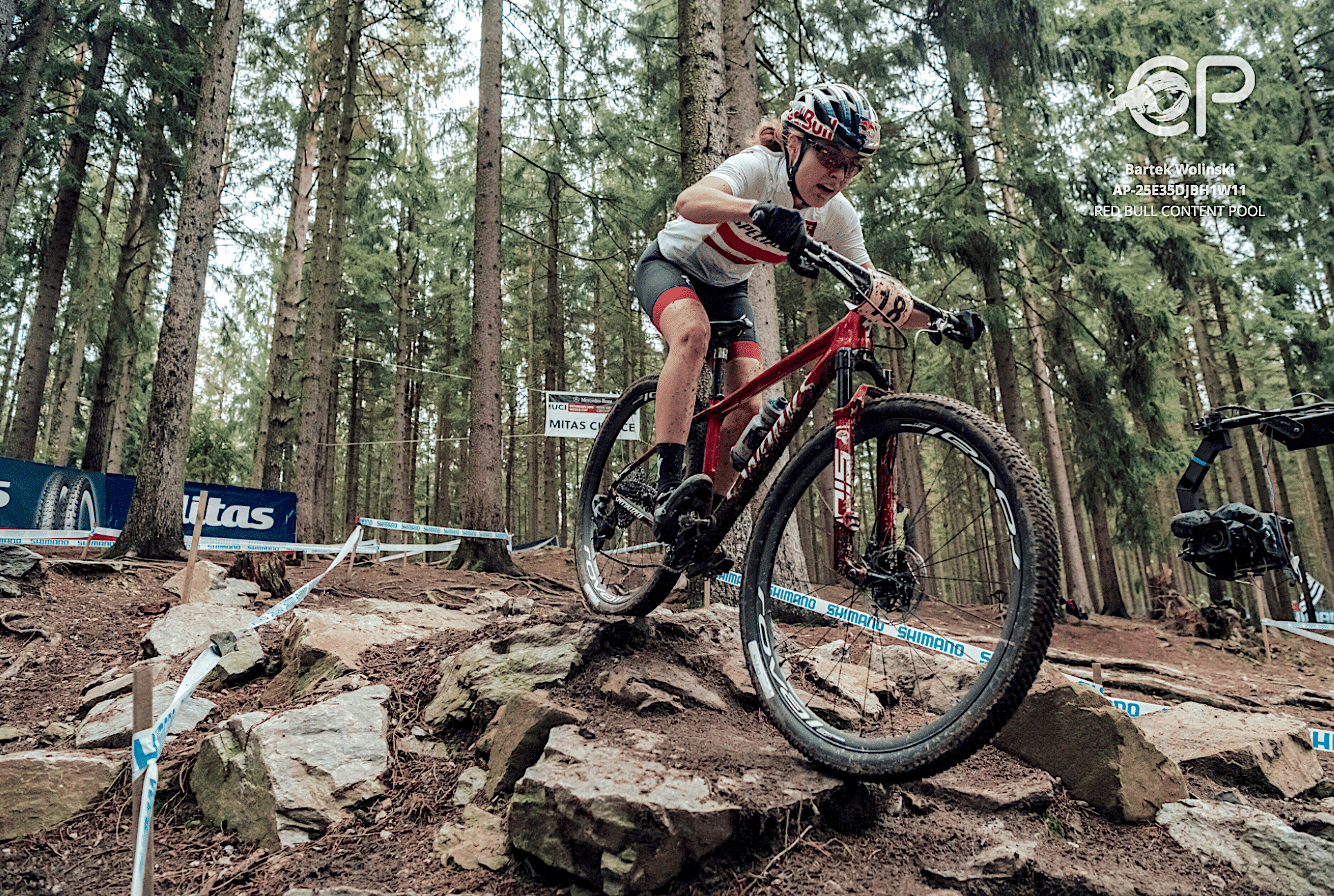 – Lecomte was clearly the strongest rider today, and with more than 30 seconds to second place she had time enough to soak in her achievement as she rolled down the finish straight.

– After lighting up the Short Track race two days ago with a surprise win,…