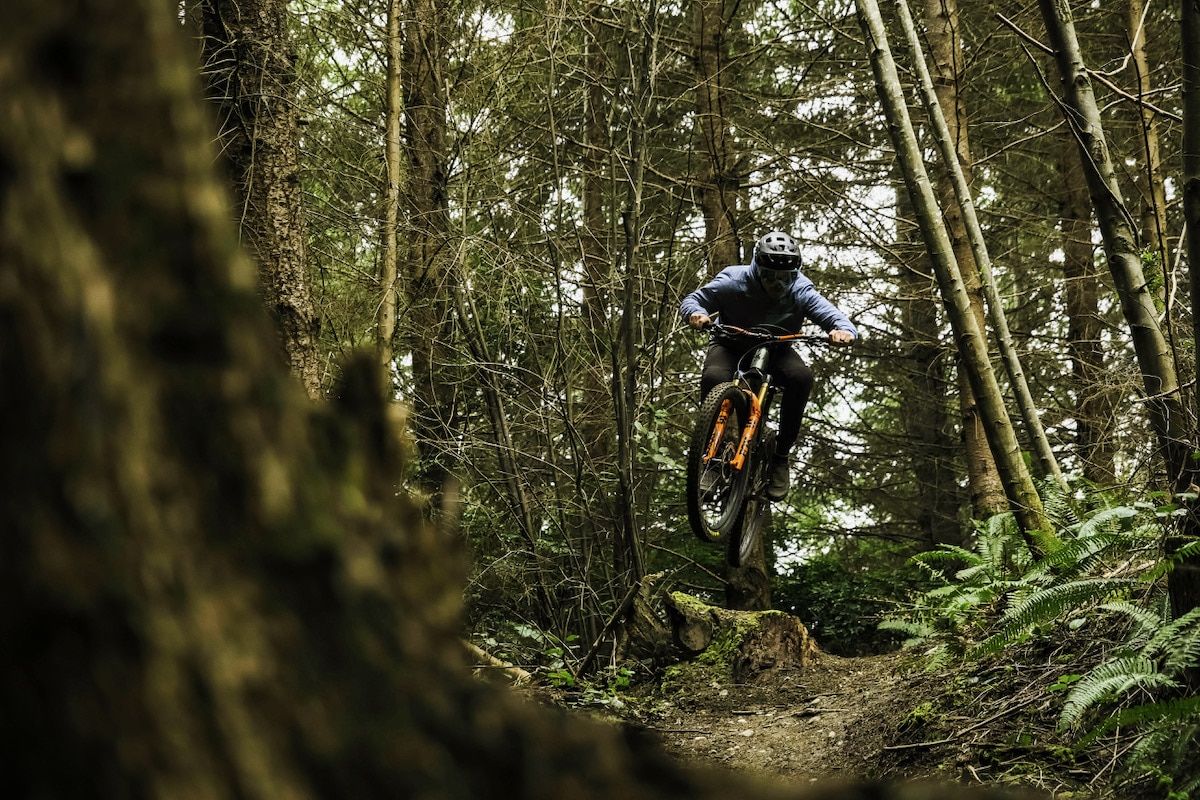 Underexposed is a self-filmed and produced series by PEARL iZUMi athlete Brice Shirbach dedicated to showcasing trail advocacy and stewardship while exploring a variety of trails in places that may be unfamiliar to most. Join Brice as he explores the personal motivations behind the effort that goes into mountain bike advocacy while sampling the trails they work so hard for.

The ferry ride from downtown Seattle to Bainbridge Island quickly became one of my favorite parts of this trip. 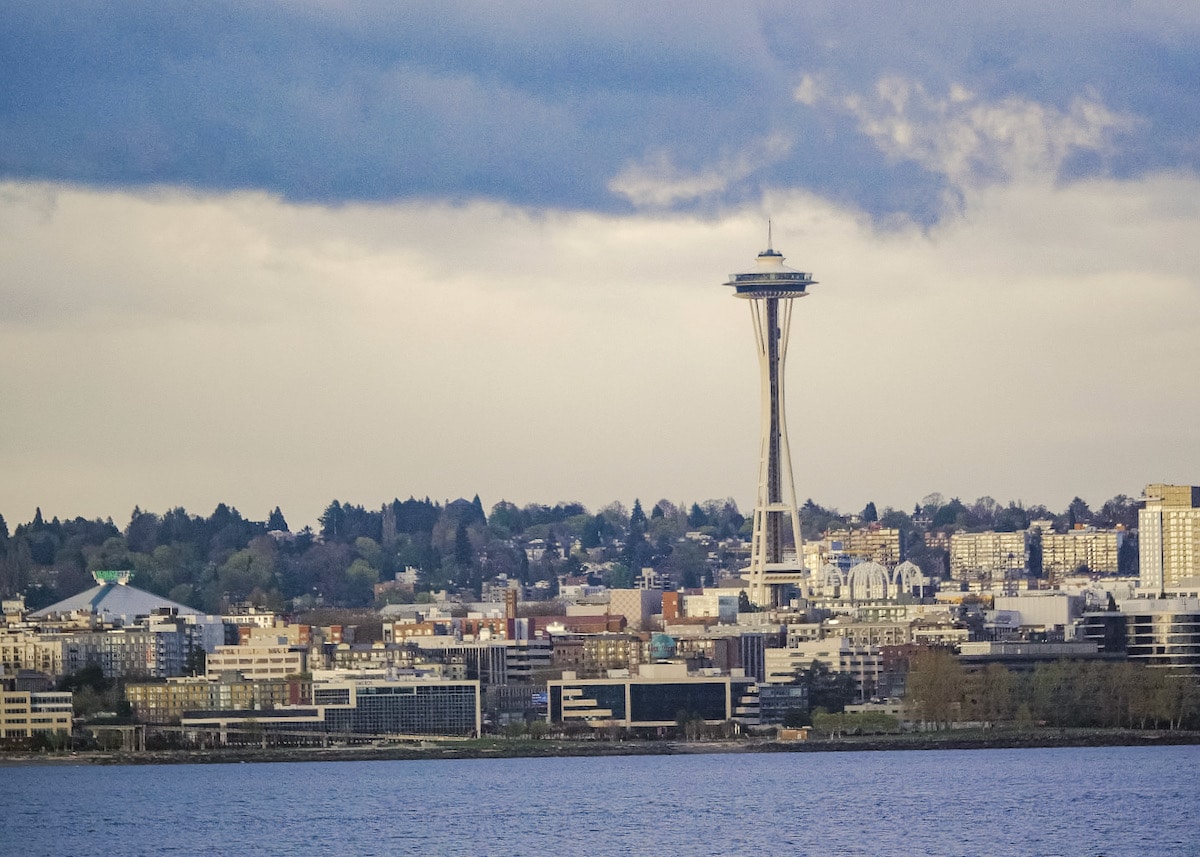 Historically I haven’t always fared well on boats, but throughout the 4 days I spent traversing the Puget Sound, I managed to avoid any whiff of sea sickness and was instead able to absorb the sights and sounds that came with this rather distinctive commute. I could have stayed closer to the trails if I’m being honest, but the ferry ride provided a welcome dose of geographical context on a daily basis and I happily dealt with the additional travel time as a result. 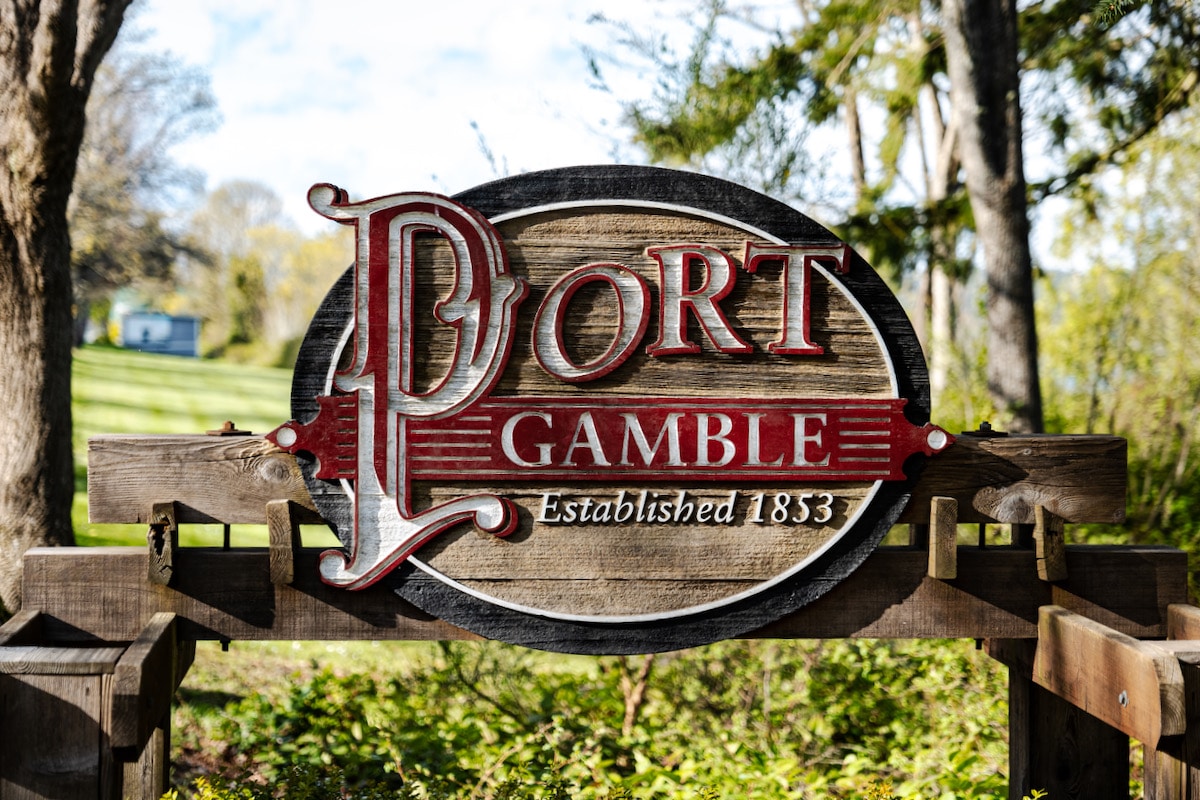 The commute didn’t end once the ferry arrived in Bainbridge. From there it was another 25 minutes across the island, over a bridge, and along the Kitsap Peninsula to Port Gamble Forest Heritage Park in Port Gamble, WA. Port Gamble is a small, unincorporated community on the northwest corner of the peninsula. The area is part of the ancestral territory of the suq̀ʷabš “People of Clear Salt Water” (Suquamish People). The Suquamish thrived here for thousands of years prior to the arrival of Europeans and Americans. In the mid-19th century, settlers began constructing sawmills throughout the peninsula, including those found at Port Blakely, Port Madison, and Port Gamble. The Suquamish cut and delivered timber to help support themselves. The tribe lost much of the land they inhabited during the “allotment period”, but in recent years have actively campaigned to repurchase much of what was lost and with some success, owning more than half of the land on their reservation currently. 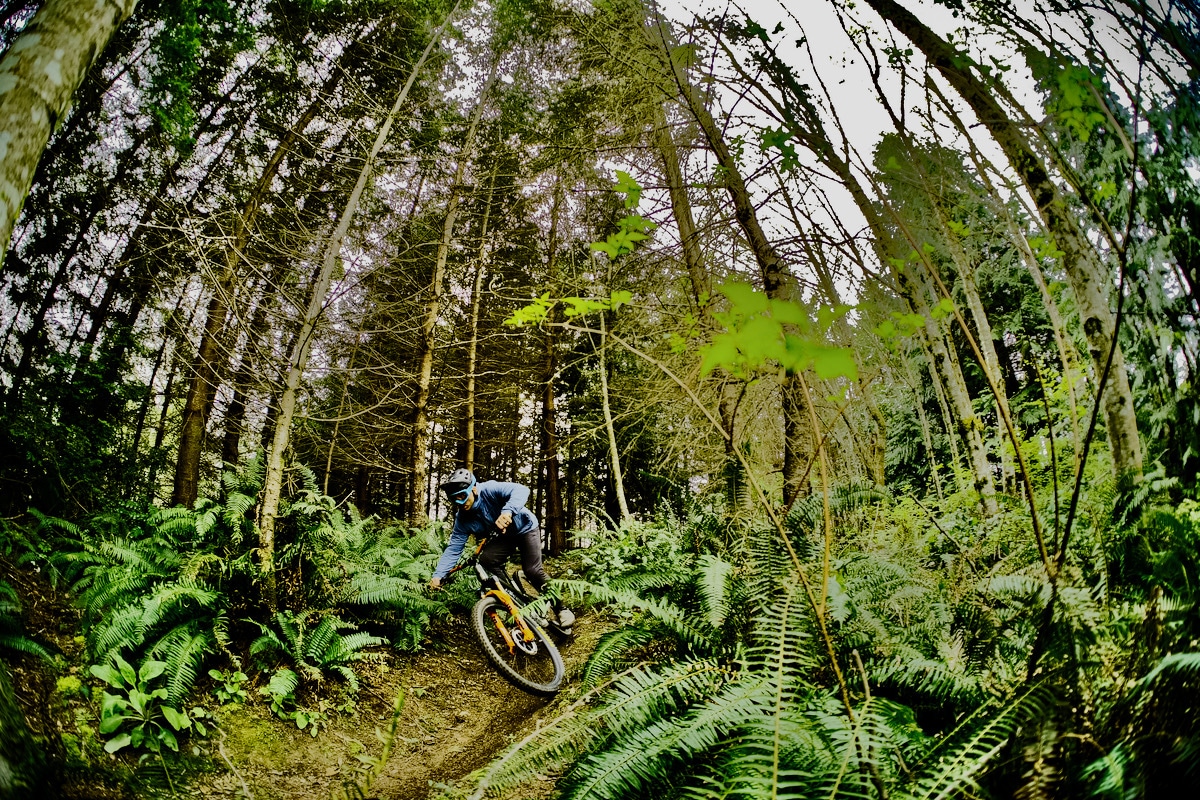 The timber available in and around Port Gamble would thrust the small maritime community into a global powerhouse during the turn of the 20th century, with timber from the local forests shipping to 37 ports around the world at its peak. In 1966, Port Gamble was declared a National Historic Landmark. There is still active timber harvesting in Port Gamble, but the town leans much more heavily on tourism these days, with visitors enjoying the beautifully maintained downtown area, much of which is still owned by the timber company, having restored and renovated the architecture from the late 19th and early 20th centuries. 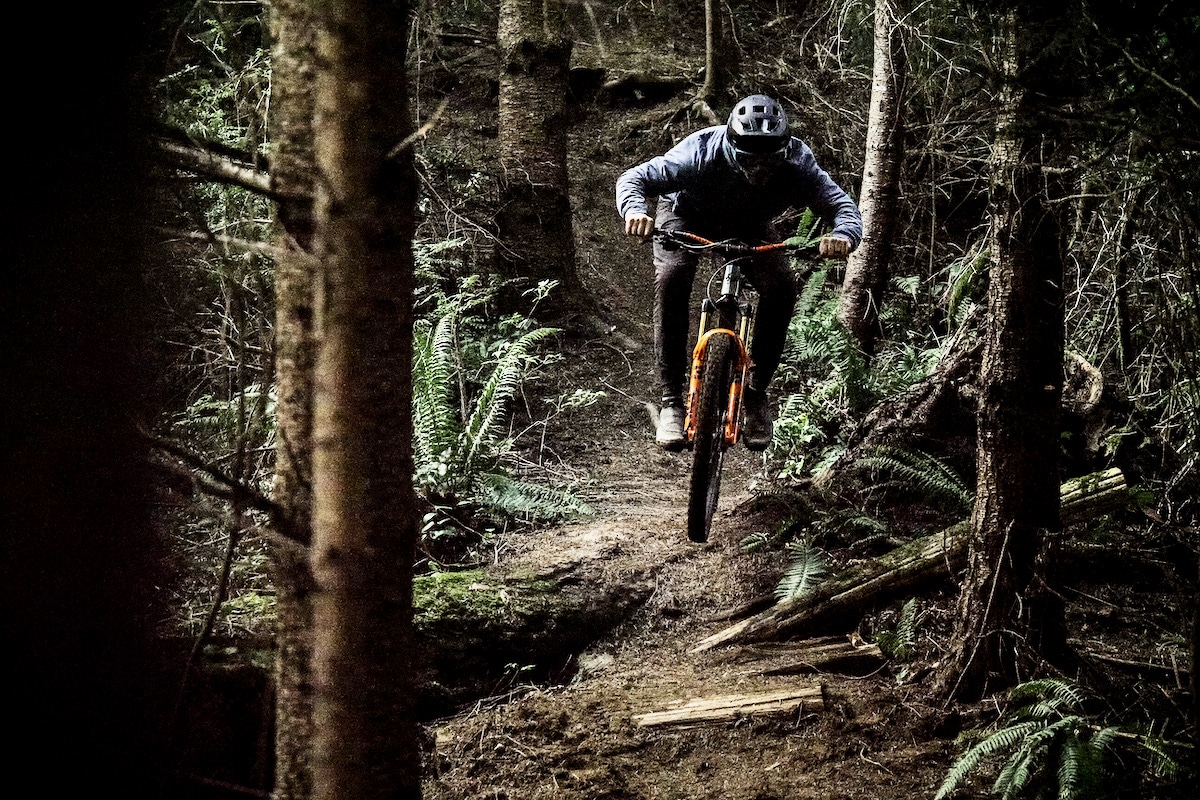 Looking around in virtually every direction, I often found myself caught up in the jaw-dropping beauty of the surrounding terrain. To the east of Port Gamble was the mainland, with the Cascade Mountains serving as the backdrop to Seattle and its sprawl. To the north, several islands dotted the Puget Sound as it opens into the Salish Sea, and to the west, the jagged peaks of the Olympic Peninsula loom large. Port Gamble Forest Heritage Park is about a mile and a half from downtown, and topping out at 500 feet above sea level, is much more modest in its scale compared to towering peaks across the water. The lower elevation and smaller scale actually work quite favorably as far as trails are concerned, with year-round riding and highly accessible terrain suitable for all levels of riders as a result. Trails are spread across the 6,000-acre working forest and are rideable throughout the year save for the wettest days. 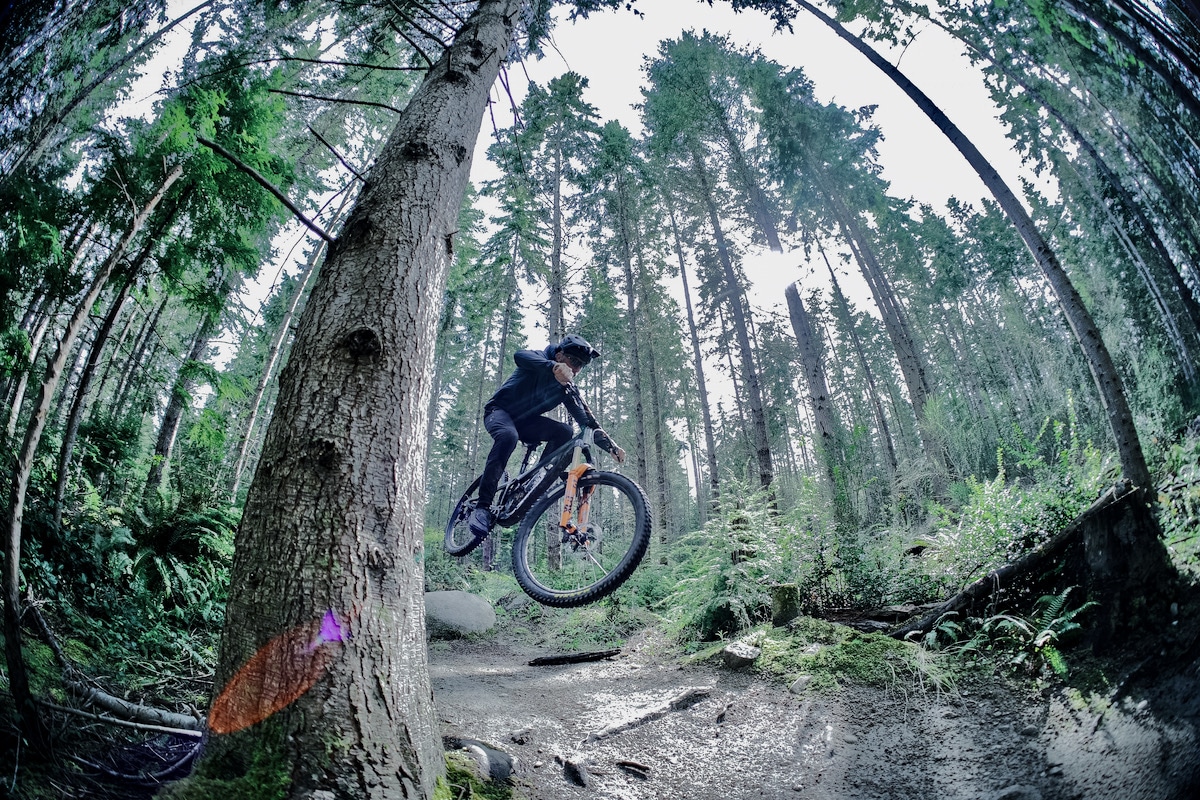 I happened to be visiting in early April, and despite the morning rains that fell daily, the trails were in amazing condition. There are a number of service roads that grant access to all corners of the forest, though they’re also used by logging trucks, so proceed with caution when pedaling along. Many of the trails themselves are bench cut and offer good flow in either direction. The northern section of forest is home to the most progressive trails in the network, with “Owl Pacino”, “Ranger”, and “Cool Runnings”. Next to those are some decidedly more raw and natural trails that incorporate the fall line as well, with the “Titan” and “Lynx” trails twisting their way down the hillside, offering up loamy corners and numerous line choices from top to bottom. The trails throughout the southern half of the park are a bit more undulating, often weaving in and out of clear-cut and dense, evergreen sections of forest. The centerpiece in this part of the network is “Derailed”, a mile-long bike-specific rip and one of the original directional trails in Port Gamble.

The Evergreen Mountain Bike Alliance: West Sound Chapter is who we have to thank for this incredible network of trails. They were formed nearly ten years ago out of a desire to have a seat at the proverbial table when it came to decisions that were being made with regards to the forest here, with a goal to preserve access to the land for recreational use and to see the continued growth and development of progressive trails for the region through a partnership with Kitsap County built on reciprocity and trust. 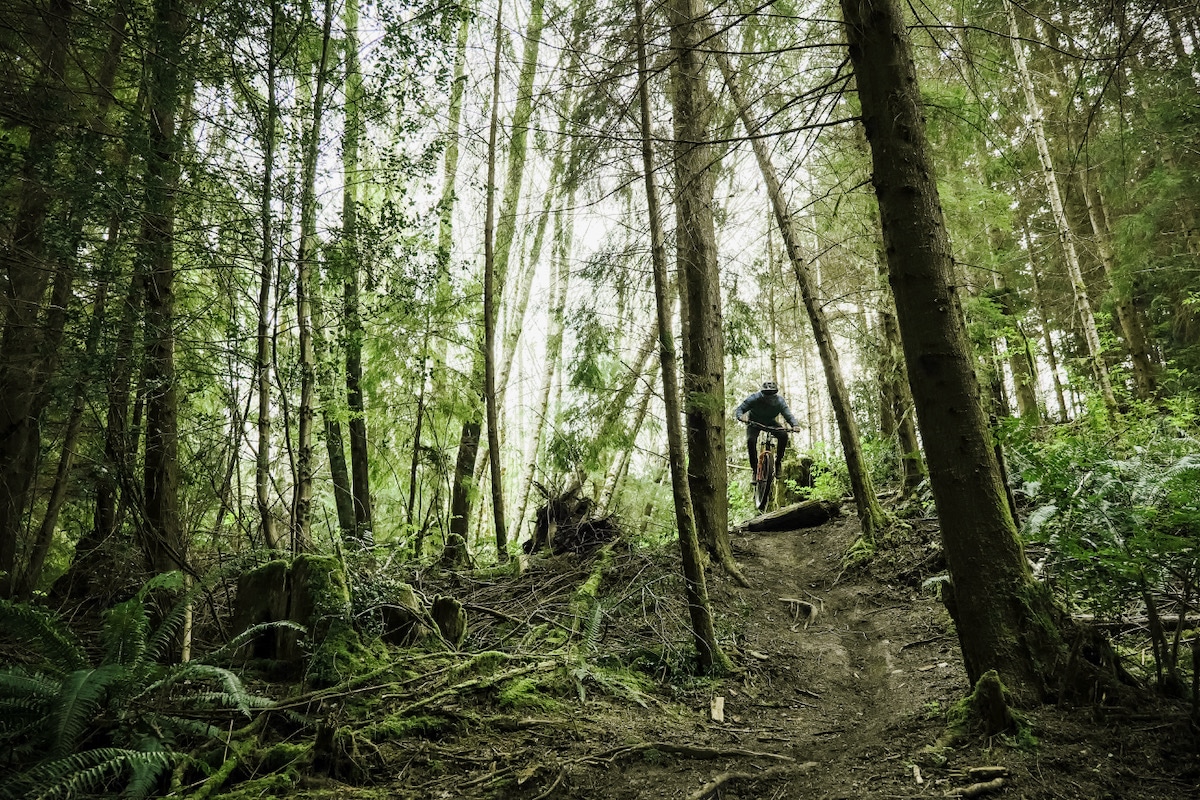 “As the chapter started,” Brian Kilpatrick, the group’s first official president tells me. “We were showing up to meetings and at some point we stopped complaining about trails we were losing, and instead began to discuss our next steps, how we can better connect with other groups, and how we could help conserve and build trails. We decided we wanted to be a part of the solution, so we formed an alliance with other trail groups to organize trail clean-ups and work days. These partnerships eventually led to a coalition consisting of mountain bikers, indigenous tribes, land conservation groups and more, and that coalition managed to raise millions of dollars in order to save this forest for future generations.”

The latest endeavor for the West Sound Chapter is a 150-acre parcel of the forest adjacent to the northern part of the trail network called the Port Gamble Ride Park. The Ride Park will feature a bevy of progressive jump lines, ranging from beginner-friendly to a full-on pro line with massive features. The Ride Park took 7 years of advocating and lobbying by the organization, but with the help of a fervent local mountain bike community along with a growing track record of progress and action, they made it happen.

Washington is not a state lacking in amazing places to ride your bike. It’s full of renown, from Bellingham to Seattle and Leavenworth to Spokane, there are a number of high-profile communities filled with high-profile athletes throughout the Evergreen State. Port Gamble isn’t as easy to get to, and once you’re there you might be more blown away by the landscape that surrounds it than Port Gamble itself, but quite honestly, none of that matters. There’s a spirit to this place that sets it apart from its large-scale neighbors. Leave it to this quiet, unassuming hillside in the middle of the Puget Sound to serve as a reminder of just how far you can go with some imagination and teamwork.