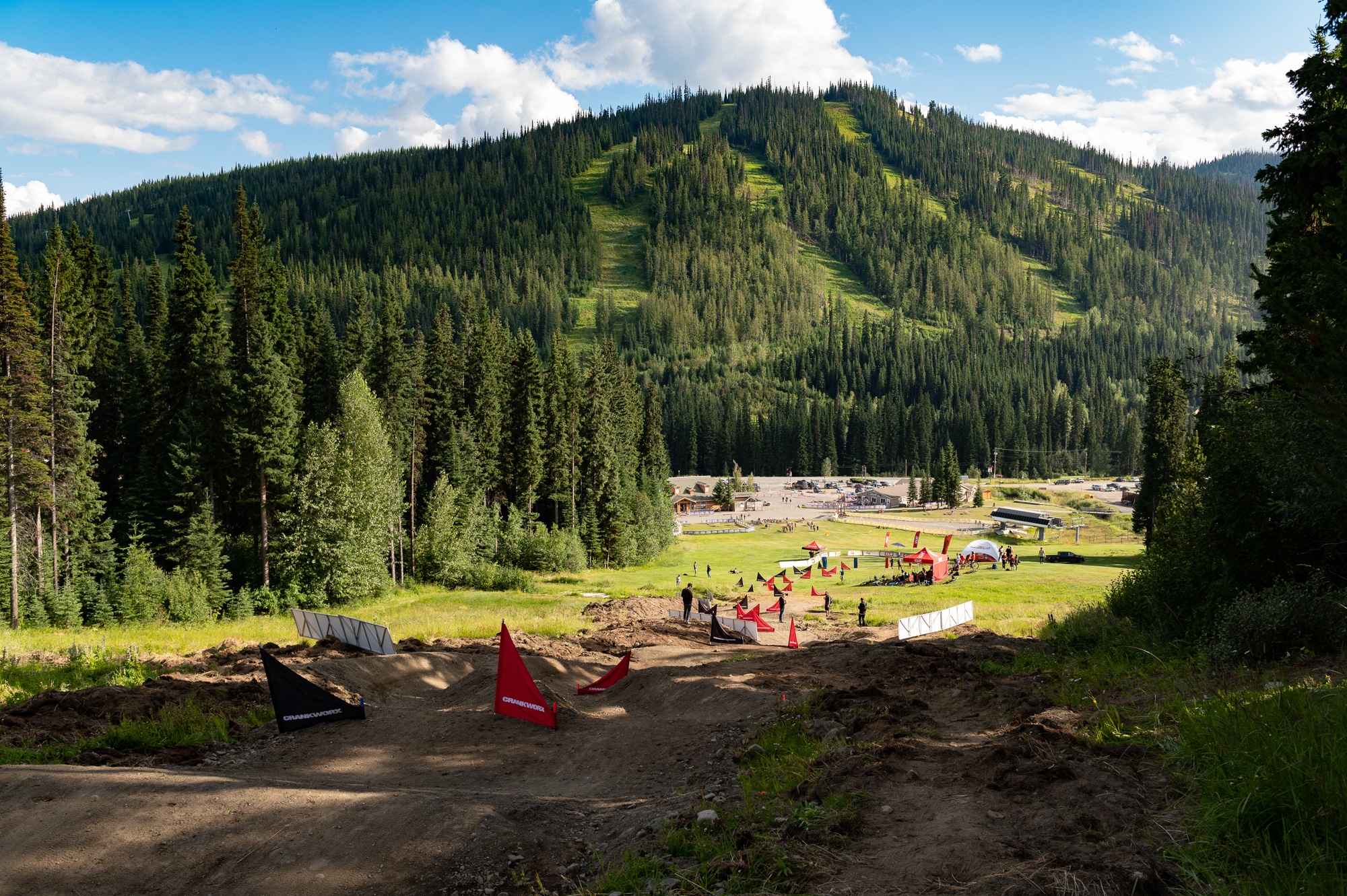 The top qualifiers in today’s Sun Peaks Dual Slalom, while tired after 2.5 weeks of racing, came to win today. And win they did. 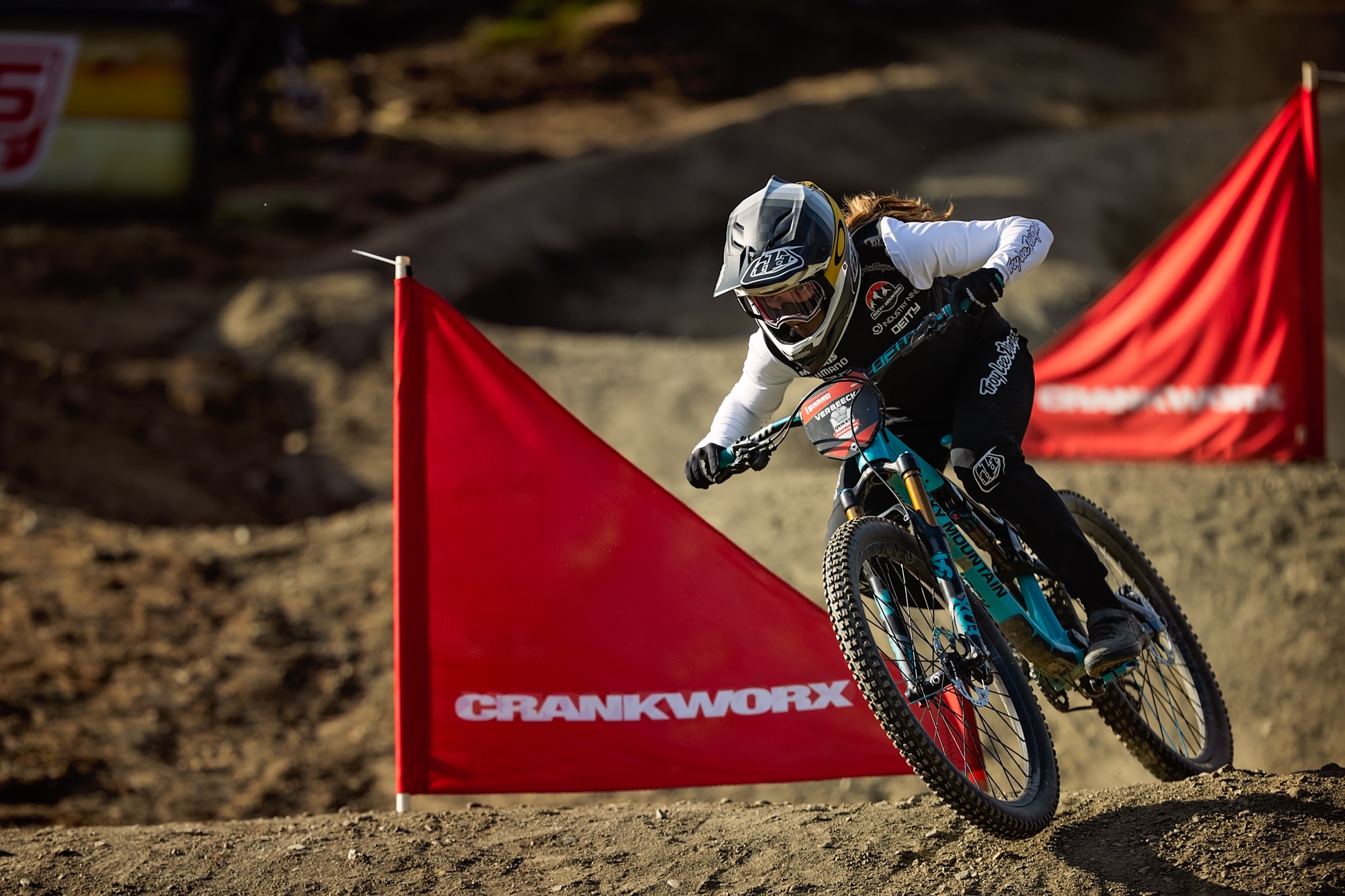 Vaea Verbeeck was the fastest among the Elite Women, making it a clean sweep of Dual Slalom across the series, having won in SilverStar and in Kicking Horse. The rider who calls Coldstream, B.C. home said the win was “definitely welcome” heading into the final two days of competition.

“It’s definitely getting to the points where we’re so tired, it’s a bit of a weird thing to process now,” said Verbeeck. The racers involved in the series have now completed 10 races in the past 16 days. “It’s not something I’ve dealt with before. This kind of tiredness. Usually I try not to stress mentally and just flow with it for fun, and now I’m so tired and beat that I just stress about that too.”

And as the series nears it’s close, the focus on the overall title has heightened. The athlete who secures the most points over the course of the series will earn the title of CLIF Crankworx Summer Series Champion, and an additional $10,000 prize.

“That’s something I’d usually like to have out of my mind,” added Verbeeck, who currently leads the overall by 70 points. “I’m stoked to race each race with those girls, and I’m stoked to see them perform really well. So usually I try not to think about it and it just turns out how it turns out but, right now, I don’t know why, I’m just so tired, I keep stressing about losing that edge that I have. I think today’s win might help me a bit to go back to my usual ways of just going with it and hoping for a good end to the week.” 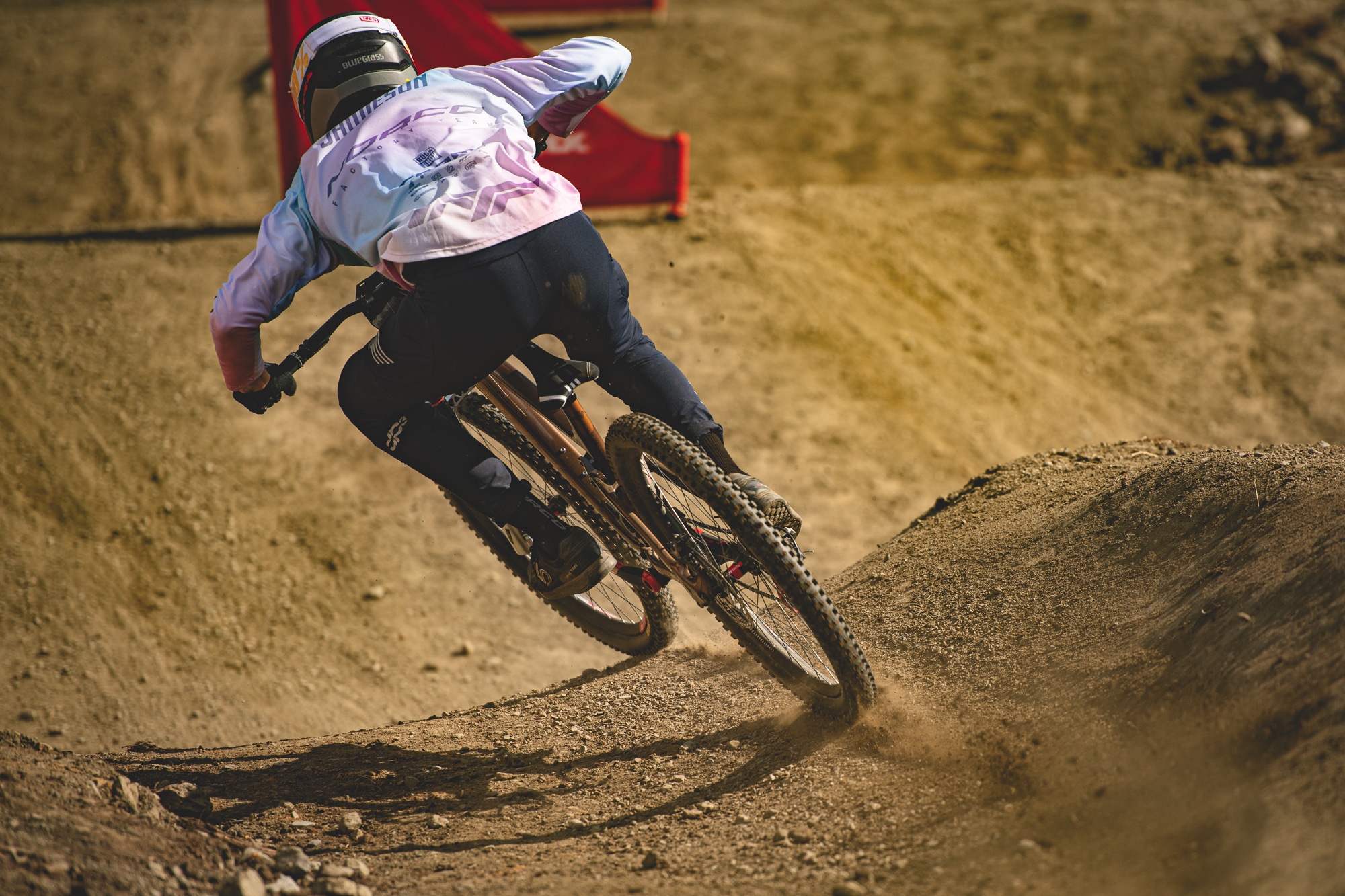 Coming in a close second to Verbeeck was Whistler’s Georgia Astle. Heading into their first finals matchup, Astle seemed to have a slight lead, but Verbeeck surged in the last few corners. In their second matchup, Astle blew a gate. Verbeeck would take the win by an overall margin of 1.51 seconds.

“I think you can easily see improvements because we’ve had back-to-back weeks,” said Astle, who also took second in last week’s Psychosis DH in Golden. “My gates…every week, just a little bit more confidence, and getting more snap, which is very cool…I’m really happy with the overall skill development over the couple weeks. It’s been super fun.”

On the men’s side, Bas van Steenbergen gets his second of the series, fighting his way back up from…