“Stoked,” said van Steenbergen, who beat out Finn Iles by a narrow margin of 0.34 after two. “It was good redemption from last week where I felt like I made some dumb mistakes. I felt a little more on it today.” 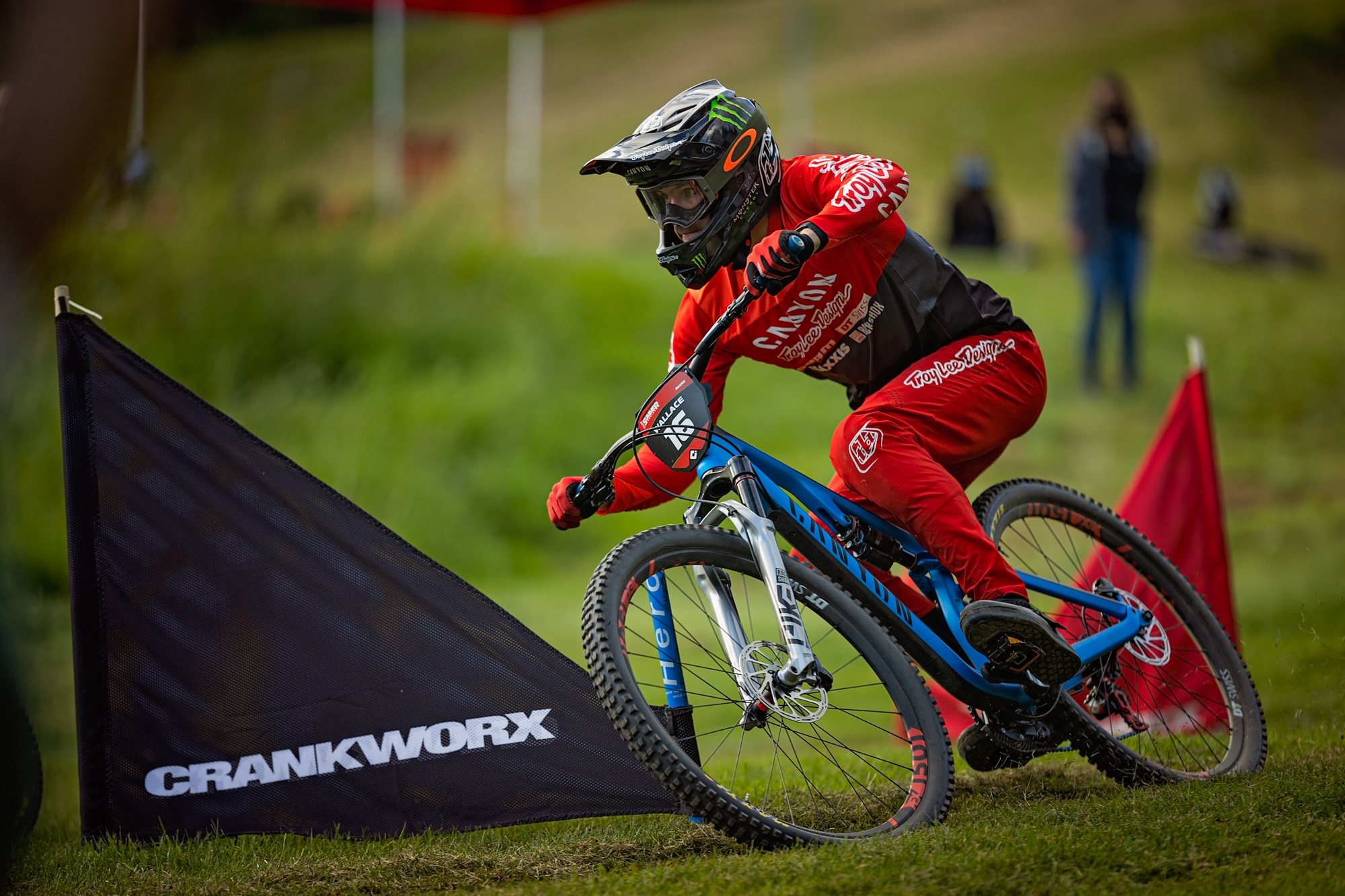 And while he was clearly riding strong, the win certainly didn’t come easy. Fighting for a place in the finals against Kasper Woolley, van Steenbergen went down at the last flag.

“A flag got stuck in my tire, so he thought he won, and we ended up having to do a re-run,” he said of his battle with Woolley. “That’s kind of a shitty one for him. But yeah, it’s tight racing.”

“It’s just a bit frustrating,” said Woolley, who ended his day in third. “I threw down my best lap, but it didn’t count for anything, but that’s the way it is. Out of my control.”

Despite the frustration, Woolley said he was stoked with his third place finish, which came against Mark Wallace. The two crossed the line dead even in their first matchup, with Woolley pulling ahead by only 0.09 in their second.

“I’m pretty stoked. I missed the Slalom last week, and the first week I did horrible, so I’m pretty happy to come third.”

One up from Woolley, and just narrowly missing the top stop, Iles had plenty to be happy about today. The points he earned push him to the top of the Elite Men’s overall standings by a large enough margin that he clinches the overall CLIF Crankworx Summer Series Champion title. 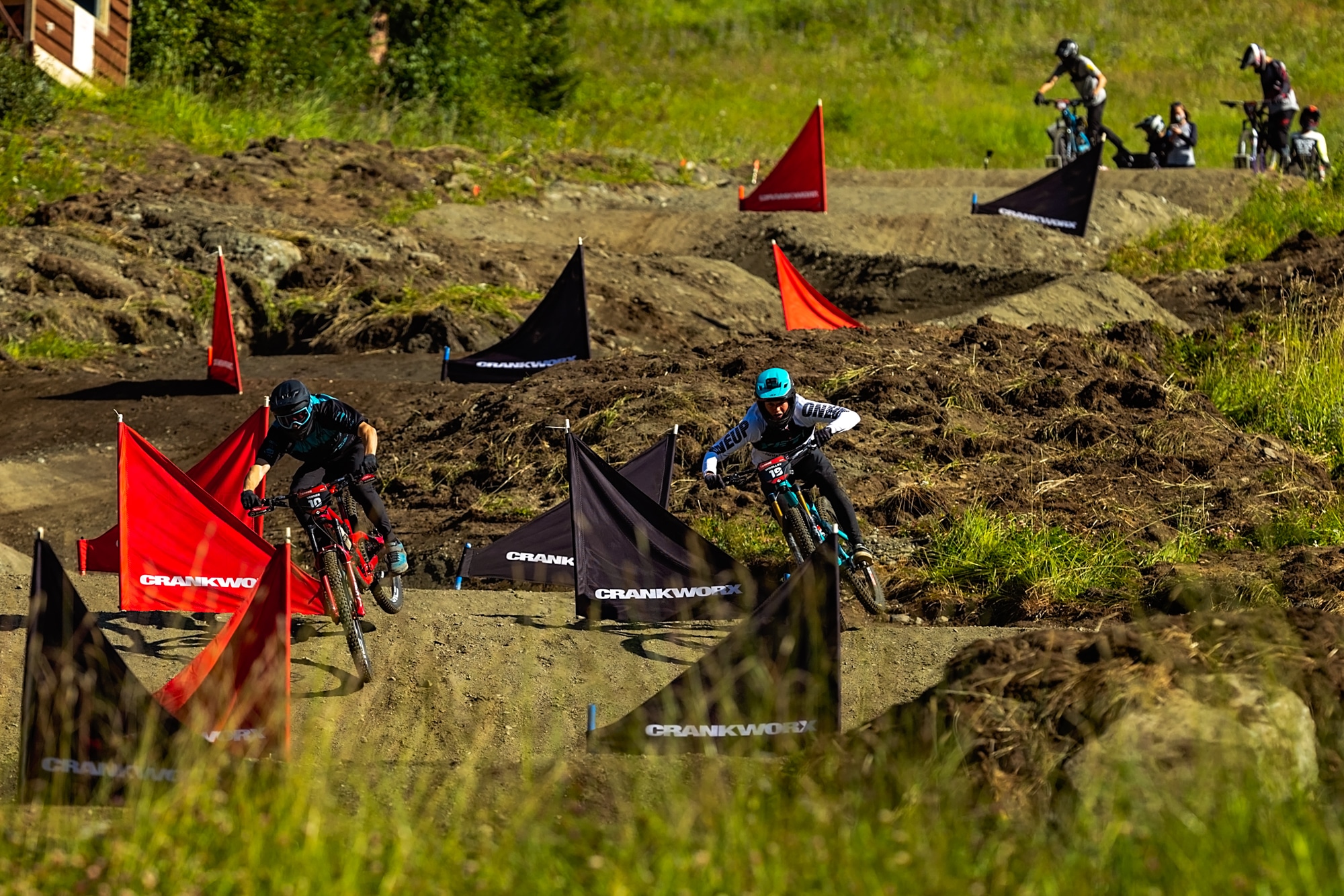 “I felt confident that I could compete for the overall,” said Iles, who said this takes some of the pressure off, but he’ll still be bringing his game face to the DH tomorrow. “I wasn’t sure I could win or what I could do, but I’m happy to have come out and have done what I’ve done to clinch the overall. Proud of myself.”

The downhiller, who 2.5 weeks in to the series has won four golds, four silvers, and one bronze, said it was today’s discipline that surprised him the most. 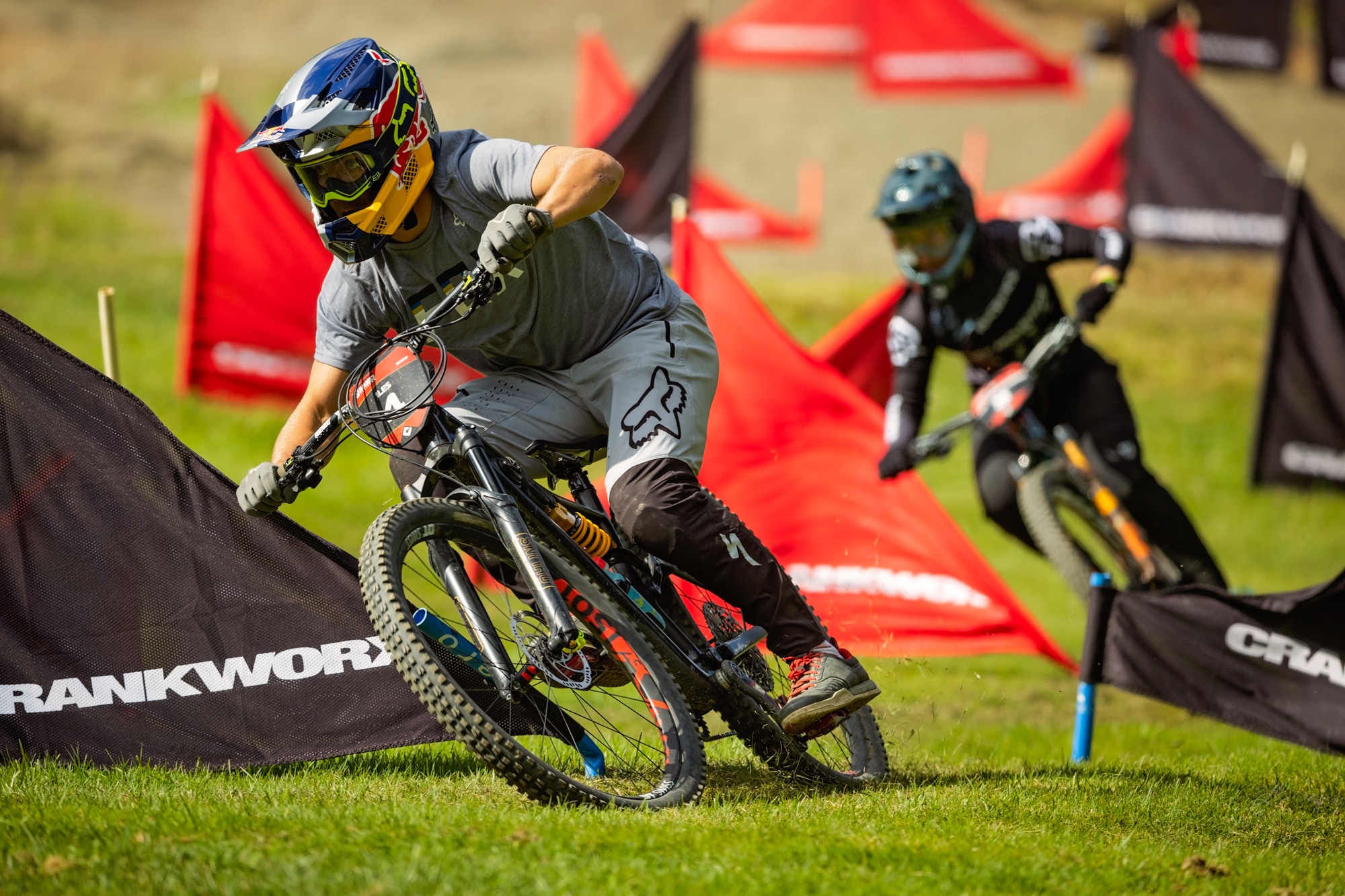 “I’ve hardly raced Dual Slalom but it’s one of the most fun events you could do. I think the head-to-head really adds that extra flair to the event. I kind of surprised myself the first week and from there I had a different confidence going in to the event.”

The course that challenged racers today was…