One year after the successful World Championships, the world’s best Downhill & Cross Country athletes will return to the Swiss town of Lenzerheide. From 9 – 11 August, the town will play host to some spectacular riding as the World Cup stop in the heart of Graubunden is one of the last opportunities to score big in the chase for the Overall World Cup title. It is also the last chance to prepare for the World Championships.

The Cross-Country aces and the Downhill dominators travel to the UCI Mountain Bike World Cup in Lenzerheide in peak form, which means that high-speed and high-stakes action is guaranteed. Tens of thousands of spectators will be on-site to fuel the athletes with even more adrenaline and will turn Lenzerheide into a true European Mountain Bike Mecca. Kate Courteny (USA) returns to the venue of her biggest success while Swiss hopes are in the hands of Nino Schurter and Jolanda Neff who, aside from taking on the challenging Olympic-length track, will also face the Lenzerheide Cross-Country Short-Track for the first time ever. Loic Bruni (FRA) and Tracey Hannah (AUS) will also make sure to turn up the heat in the Swiss Alpine town and lead to deserted streets (see video above). 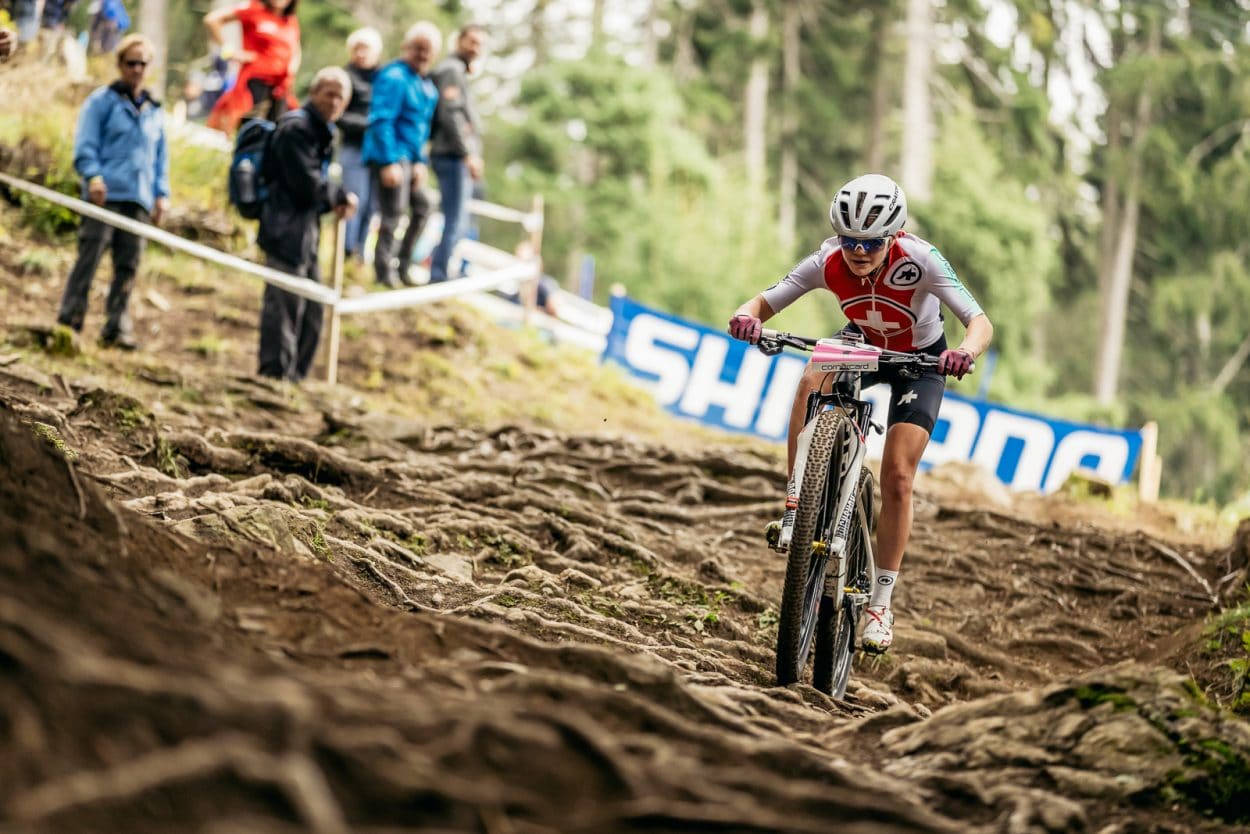 Cross-Country: Short-Track Celebrates its Lenzerheide Premiere
For the first time in five years, the Lenzerheide weekend schedule includes men’s and women’s Cross-Country Short-Track. The exhilarating sprint discipline, which determines the start order for Sunday’s race and during which riders can score a decent amount of World Cup points, is the perfect opener for a weekend full of bike action. Jolanda Neff (SUI) proved her sprint ability in Vallnord, conquering the altitude at speed and securing her first Short-Track win, which was also her first win this season. The biggest threat to a win for Jolanda on home soil is American speedster Kate Courtney, who is currently leading the overall standing and also has two Short-Track wins on her season resume. Meanwhile, a number of other riders have also proven that they’ve got what it takes to go to battle with the fastest riders; Linda Indergand, Alessandra Keller and Ramona Forchini (all SUI) as well as German speed machine Elisabeth Brandau can shake up the standings any day. The women’s race kicks off on Friday, 8 August at 17:30 / 5:30pm CET, while the men will take to the track 45 minutes later to prove who will be best on Friday. Will Nino Schurter, Lars Forster, Mathias Flueckiger (all SUI) be able to prevent favorites Henrique Avancini (BRA) or Mathieu van der Poel (NED) from adding another win to their resume?

Two days later, on Sunday morning, 11 August, the women will take to the track again at 11:20am CET. A challenging and demanding track will take the racers on a loop that carries them from the Southern Seewald to the Northern reaches of the Tgapalotta. A 4.2km / 2.6mi tough track, which will challenge the riders, both on their technique and their endurance. The track makes the best use of the rough conditions that are naturally part of this loop and is in essence extremely spectator-friendly. Courtney coped best with the track in 2018, earning her first major career highlight in the Elite with the World Cup Champs title and next to Neff, she’s the top favorite to take the win. After finishing fourth last year, the Swiss mountain bike maestro has a score to settle and wants to use her home advantage to celebrate her first victory of the season in her top discipline. 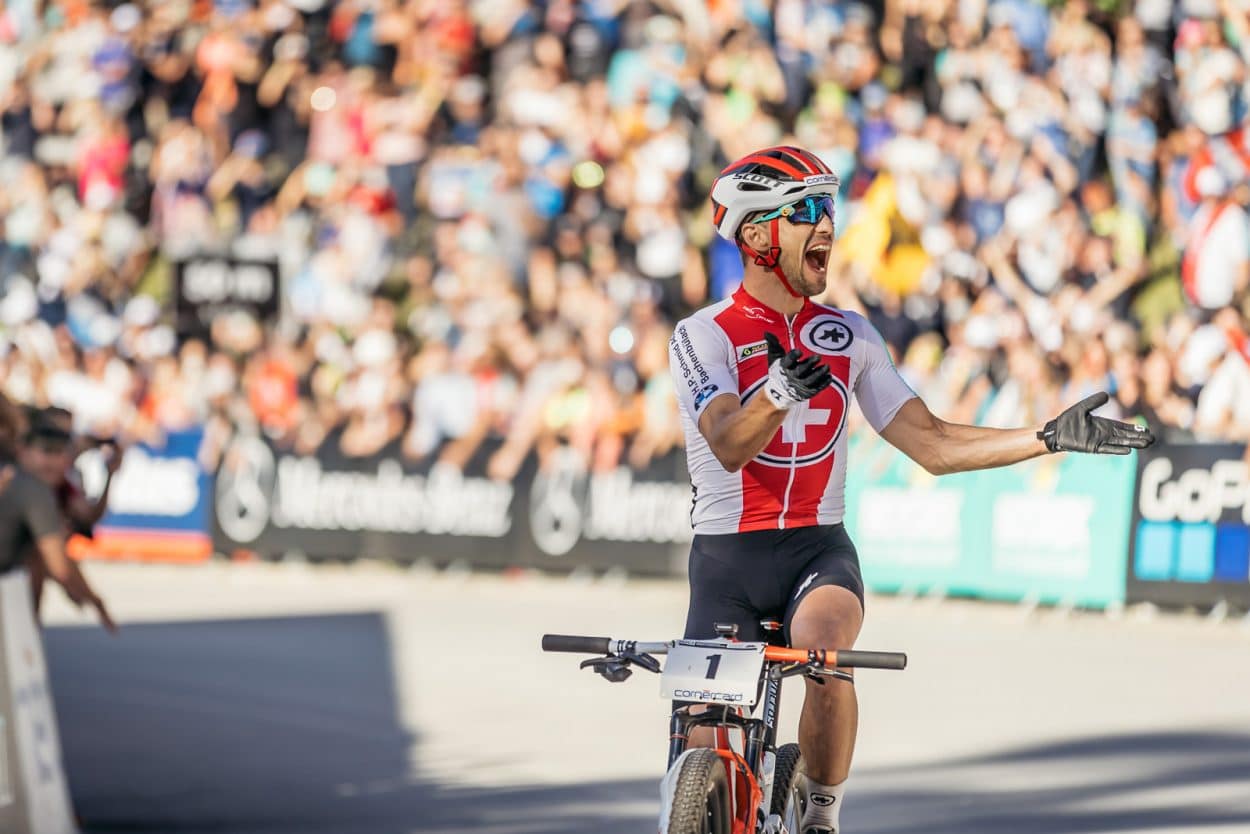 The men will face the same loop, starting at 13:50 / 1:50pm CET. The hopes for a Swiss win in Lenzerheide are on Schurter, who has taken the win in the past two races this season and has both a World Cup and a World Championship win in Lenzerheide. The defending World Cup champion is definitely the man to beat and will feel the heat from his competition, which is sizeable. Fellow Swiss racer Mathias Flueckiger won the opening race in Albstadt while Avancini, Ondrej Cink (CZE) and World Champion runner-up Gerhard Kerschbaumer (ITA) proved their skills and form in Les Gets (FRA). Another rider who definitely cannot be counted out is Dutch powerhouse Mathieu van der Poel, who will make sure to arrive in Lenzerheide in peak physical condition.

Downhill: Hannah and the Three Musketeers vs. the World
On Saturday, 10 August, all eyes will be on the Downhill elite. The 2.2km / 1.4mi long STRAIGHTline is sure to make every riders heart beat quicker, offering high-speed sections, technical features and some spectacular jumps. An altitude difference of 413 meters / 1,370ft. at an average slope of 18%, riders will go flat out from the Scharmoin middle station to the Bike Area. The last section of the track, including the big finish jump, can be seen from the finish area and will definitely make the spectators sit on the edge of their seats. Fans will be able to line up alongside the track to witness the fastest World Cup action up close, starting at 12:30pm with the Women Elite and 13:30 / 1:30pm, when the men will put it rubber side down on the high-speed track. Australian Tracey Hannah is counted as the favorite in the women’s field, while Loic Bruni, Amaury Pierron and Loris Vergier (all FRA) have been dominating the men’s World Cup since the start of the season. The three French Musketeers have taken the win at 11 of the last 12 races and ensure good vibes both on- and off the track. Les Gets witnessed Vergier’s acting talent first-hand when he showed up dressed as Freddy Mercury at the after-party. 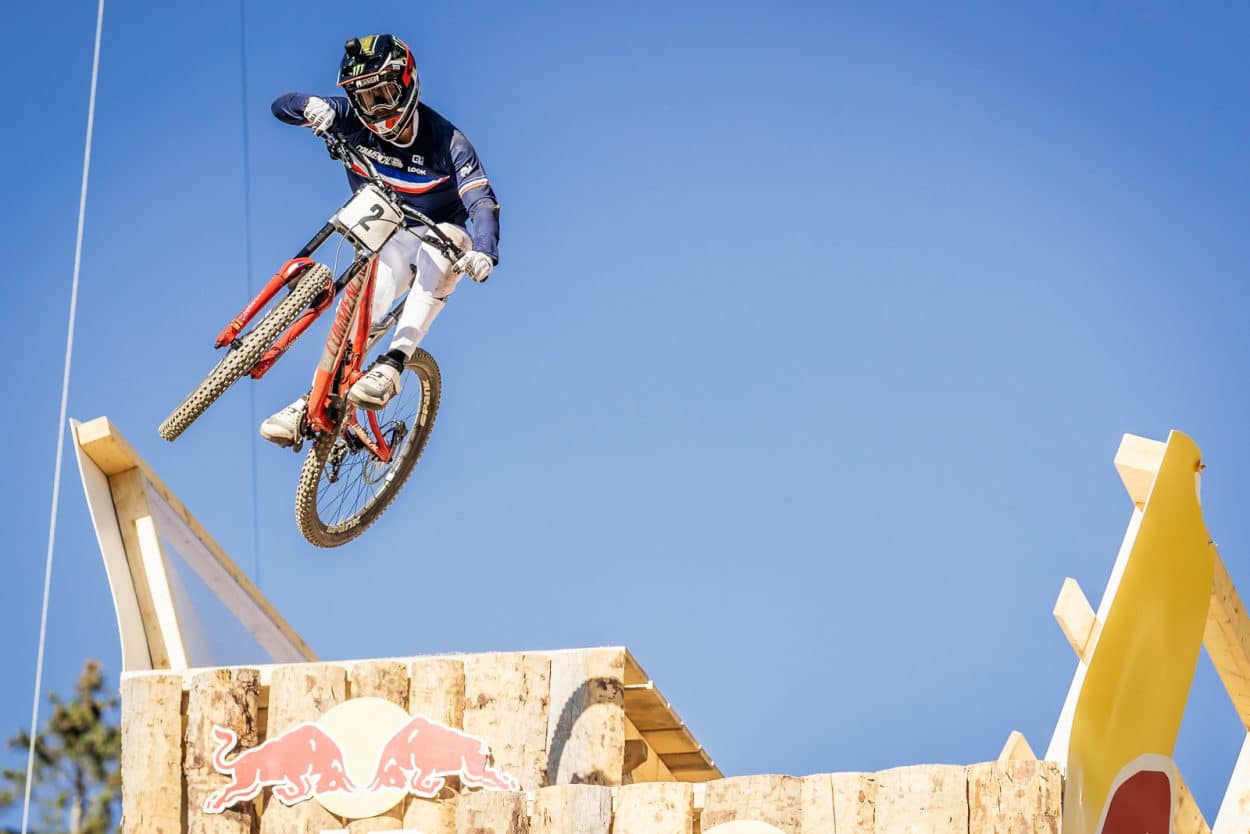 More than World Cup racing: action-packed activities all weekend long
Even off of the race tracks, Lenzerheide has a lot to offer: at the Social Ride, spectators have the opportunity to bike for a good cause. The entry fees for the Social Ride go to the #pumpforpeace initiative. The Velosolutions project aims to build pump tracks in deprived areas around the world to turn these places into healthy, tolerant communities that are sustainable and safe for sports.

The next generation of pros have the chance to hone their skills at the Kids Bike Area – even the smallest of riders will be able to test their times against others on a specifically built push-bike track and receive expert tips from the Bike School Lenzerheide. In addition, there is a daily Steinböckli World Cup run on the weekend.

Live and face-to-face, the stars of the scene can be seen from Friday lunchtime to Sunday evening at the Expo and Team Area. The thrilling behind-the-scenes look offers the unique opportunity to get autographs and photos of some of the favorites that are otherwise known only from the race track or from the media. In addition, various manufacturers from the biking industry will present their latest products and spectators will be able to witness all the different stages of race preparation first hand – from athletes watching videos to decide on their line choice to the mechanics fine-tuning the bikes to get the most speed out of them. 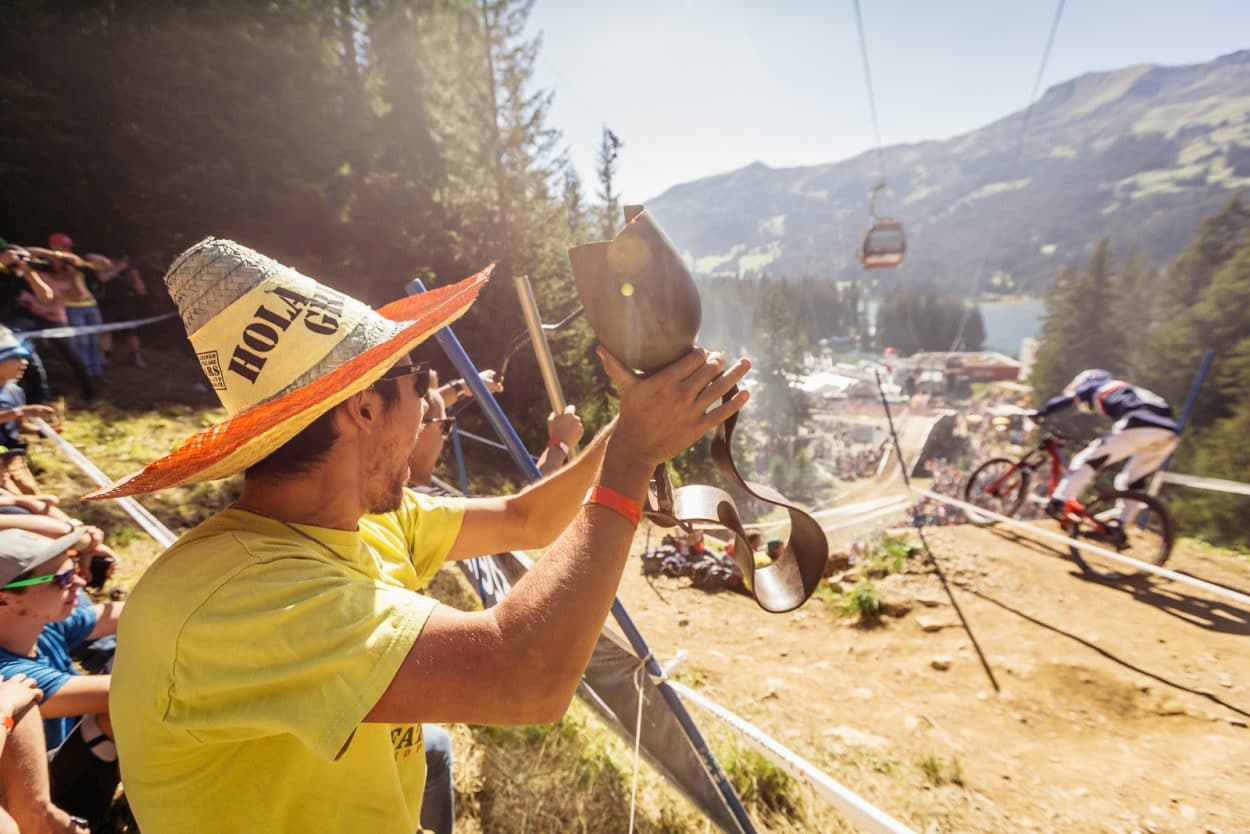 After the #fullgasMTB action, it’s time to relax and to party. Under the motto #fullgasPARTY, there will be concerts and parties in the Bike Arena on Friday and Saturday. On Friday, the ska band Skafari will kick off the weekend at the Opening Party and on Saturday Bonkaponxz will create a lot of party vibes with some Skapunkrock in the Party Dome. In addition, the #pumpforpeace concerts with Claudio Caluori in the #pumpforpeace Lounge guarantee a good atmosphere in the Bike Arena.

For everyone that is unable to come to Lenzerheide to watch the action first-hand, Red Bull TV will be broadcasting the Mercedes-Benz UCI Downhill Mountain Bike World Cup LIVE and on-demand, available anytime and anywhere on redbull.tv.