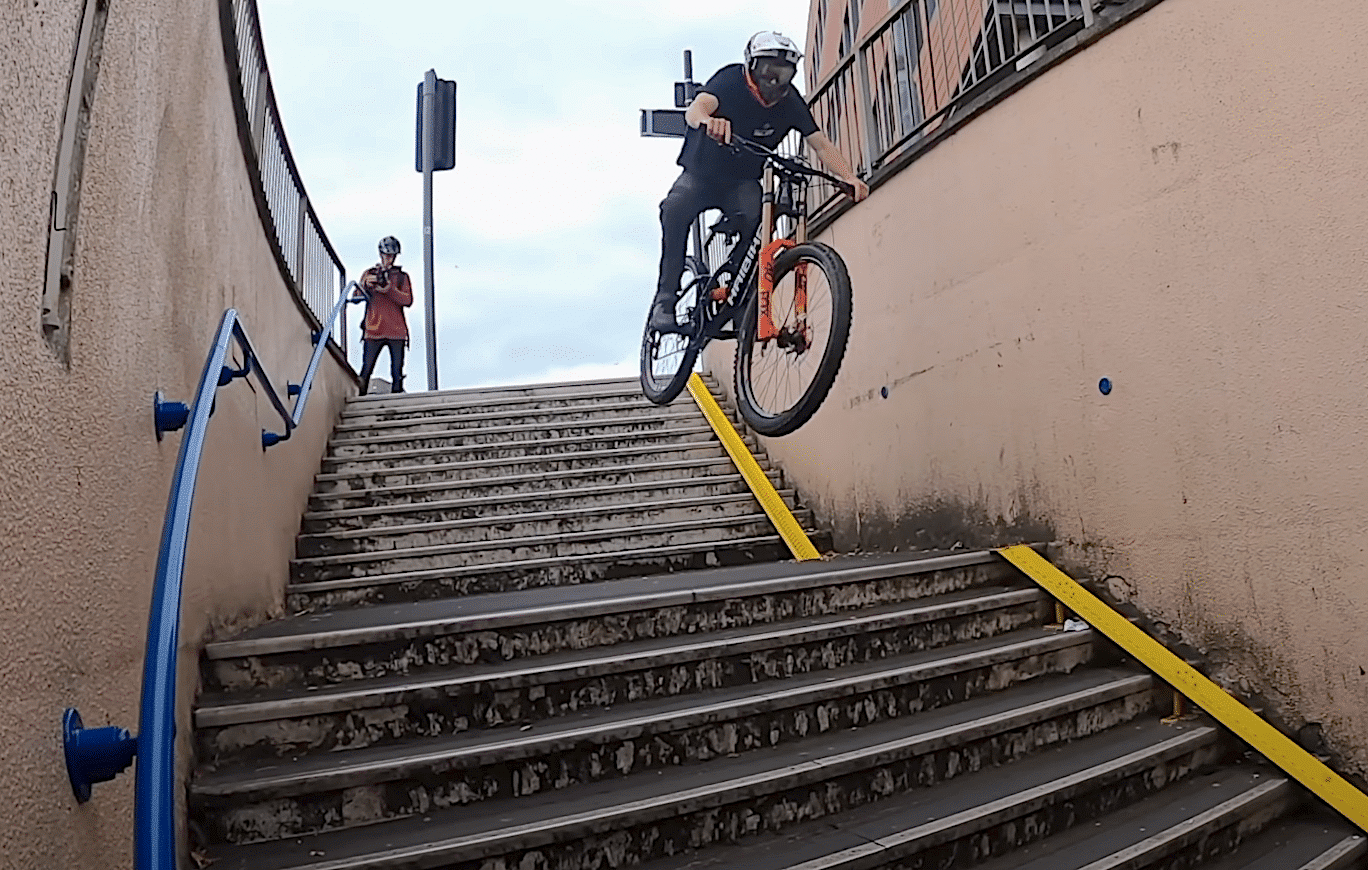 Urban MTB freeride on my downhill bike is the best! I ride loads of insane freeride spots on my DH bike from HUGE stair sets, bike park jumps and some sick street spots are thrown in for fun, would you hit those huge stairs?

I don’t ride my Haibike downhill bike enough so I decided to head down to the south of the UK to the Brighton area to ride a massive stair set of doom that cascades down the side of the white cliffs in a crazy zig-zag shape. At first sight, the stairs were really quite impressive and with the cliffs surrounding them, I knew it had to be sent! After scoping the surroundings it was time to drop in and experience the fun!

From here we moved down to a smaller but even more technical stair set that involved a huge blockage halfway down that needed some imagination to get past! After blast so many stairs it was time to change location so I drove up into the country to hit the awesome Bull Track Bike Park where I managed to pull off some stunts on my DH bike

After watching some big crashes I thought it was a good time to get out my Jump Bike and throw down some tricks. Unfortunately, we ran out of daylight but not to worry as this video continues over two days of shredding and day 2 I meet up with Tom Cardy for some more sending! I met Tom in his hometown of Chelmsford where we cycle around and find a whole load more sick features to ride with our big freeride bikes!

I hope you enjoy the video!