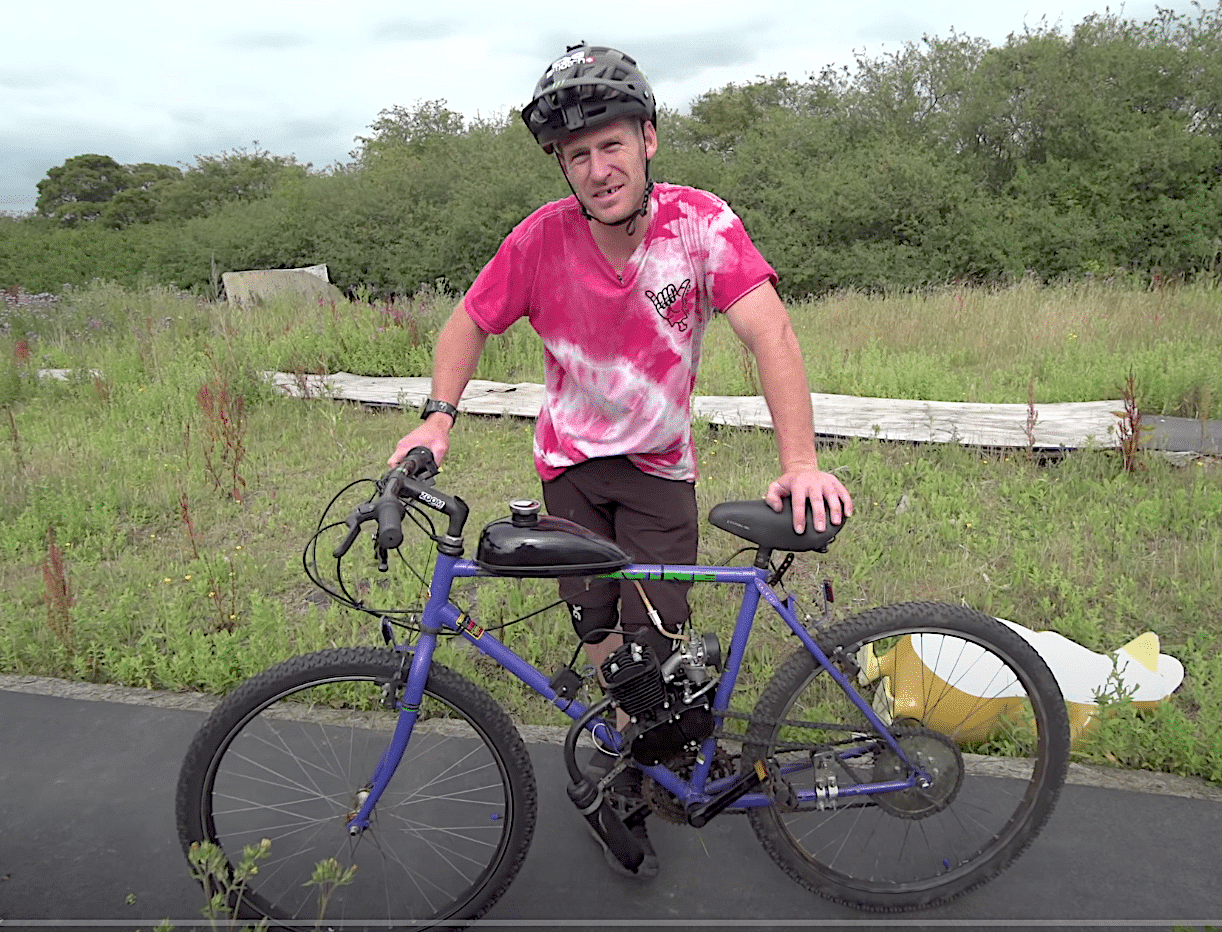 My new petrol-powered mountain bike is insane! I buy a new motorized MTB and push it to the limits by sending backflips on my airbag, head-to-head racing, and riding MTB trails full speed, but how long will this insane bike last?

My last petrol-powered bike had so many problems, and after the last video I didn’t think I’d want to ride one ever again, but after seeing this new beast for sale online I decided to give it another chance. So off I went to spend £150 on this bike in the hope to have a load of fun, and what a good decision it was! This 50cc petrol-powered engine works like a dream on this bike and gets up to speed pretty fast; the bike also works pretty well considering it’s just an old Raleigh with U-brakes.

We start the video off with some classic fly-by’s before jumping straight into the deep end on my huge airbag in an attempt to get the bike upside down with a backflip over the huge gap jump! From here I bring it down a notch and find out how good it is for wheelies. With my mind still blown with how fun this 26” speed machine is,  we head to my local MTB trails and both myself and Lewi Pilgrim hit some tracks at full speed with the throttle wound open!

Even though the bike is fully rigid, it still flows pretty well down the trails. From here we head to Ipswich BMX track to have a head to head race to find out who is faster, with Lewi on his Haibike electric bike and me on the petrol bike it was going to be a close race! This is a bike that is definitely going to be seen on the channel again soon, but which modifications do you want to see?

I hope you enjoy the video!