The Most Influential Mountain Bike of the 1980’s

We called on mountain bike pioneer and historian Charlie Kelly—considered one of the “founding four,” along with Gary Fisher, Joe Breeze and Tom Ritchey, the four men who are generally acknowledged to have played the biggest roles in helping to launch the sport of mountain biking in the late 1970s and early 1980s—to find out what Charlie thought may have been the most influential mountain bike of the 1980s. His reply surprised us. “What would be considered an ‘influential’ mountain bike from the ’80s?” asked Charlie.

“Because I live in an area where mountain biking took hold early on, there are people who bought mass-produced, inexpensive mountain bikes during the ’80s. An example would be a Specialized Rockhopper. This was an inexpensive bike modeled after the Ritchey MountainBike. I still see original owners of these bikes riding them around. They never took them off-road. They just used them as town bikes for decades. 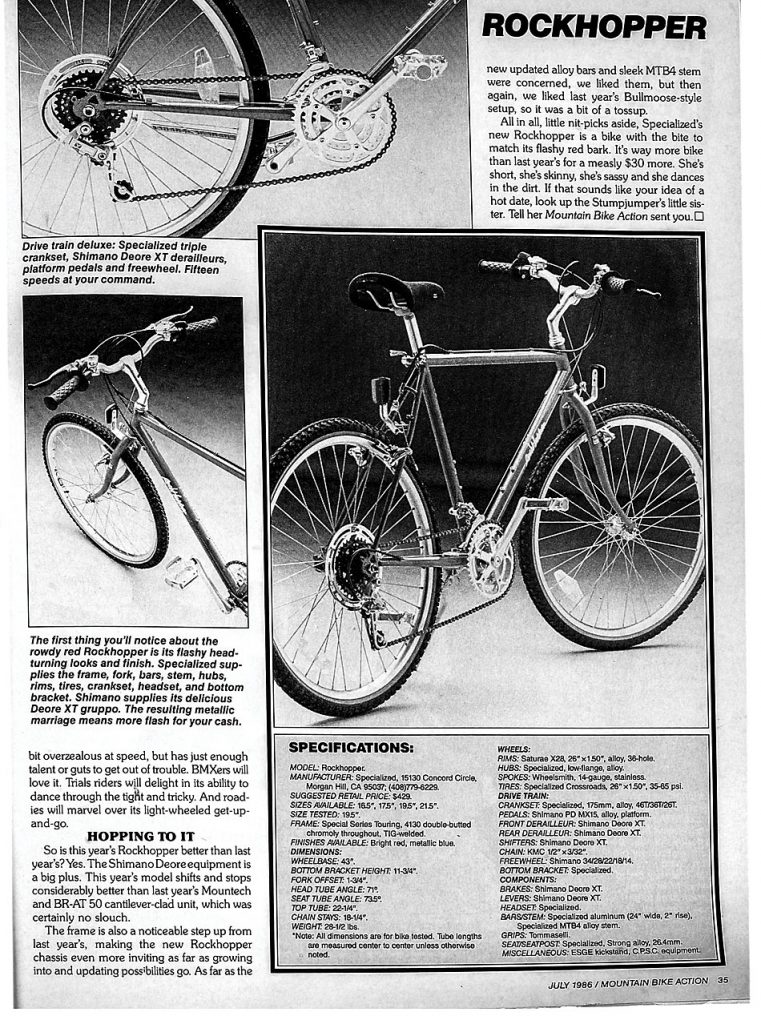 “The original mountain bike design—now long eclipsed by full suspension and hydraulic brakes was a straightforward, rugged design that was so robust that even an inexpensive version will run forever as long as you oil the chain. People who had never owned a bicycle as an adult flocked to them because the big tires reminded them of the bikes they rode when they were kids. 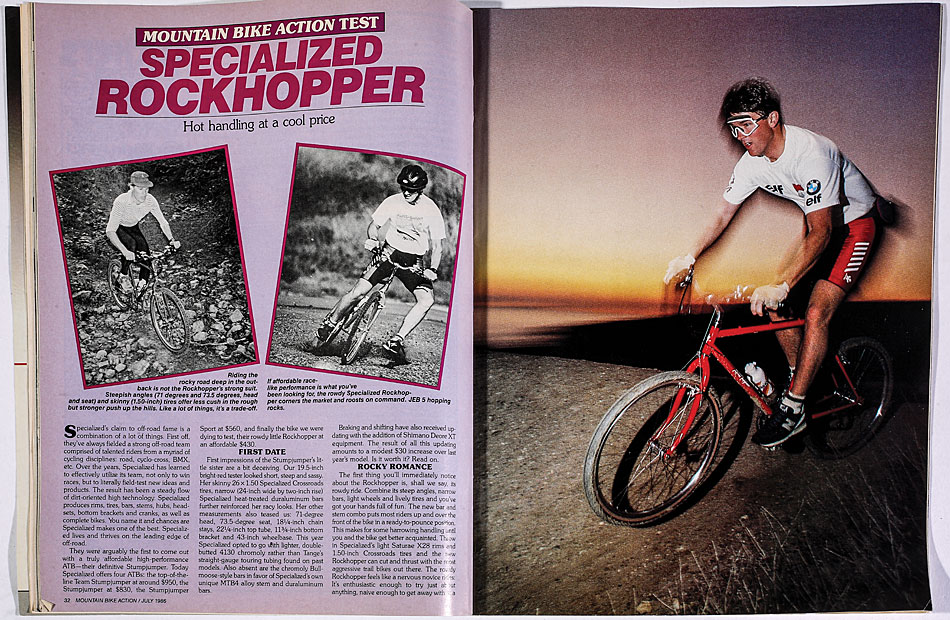 Mountain Bike Action #1, July 1986: We tested the Specialized Rockhopper in our very first issue. Charlie Kelly picks it as one of the most influential mountain bikes of the 1980s. Notice how many riders didn’t even wear helmets in those days.

“You will never see a 30-year-old inexpensive road bike. The multi-thousand-dollar, full-suspension, disc brake bike I ride now is unlikely to be useful in 30 years, but that mid-’80s, mid-priced mountain bike will.”